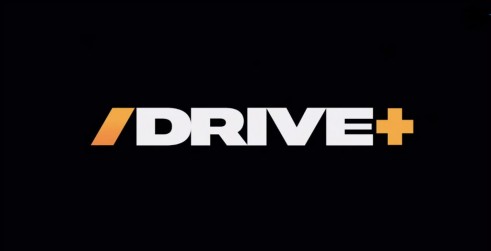 DRIVE as we know – and for the most part love – has been with us for a couple of years now.

A few blokes well versed in the intricacies and idiosyncrasies of motoring publishing, and of those who operate in it, who decided to branch off on their own to celebrate cars with an audience through a lens they could develop and shape as they saw fit.

The content was good- if a little repetitive in the eyes of some (myself not really included although I see the critics point). Harris’ incessant slithering about is to what I believe they refer. I enjoy it and agree you can tell a lot about a car from the way it behaves under such undue stresses but it did become a dominant theme in place of actual product critique. I still think Harris’ journalistic prowess for the most part shone through just fine.

Mike Musto and Matt Farah’s pieces were fantastic. An insight into worlds otherwise reserved for those within their respective automotive ecosystems for everyone to admire, enjoy and envy.

AfterDRIVE was a compelling segment also, and although I didn’t personally follow the Shakedown element to such a degree to critique others tell me it was solid work. Again with the manufacturer docu’s and DRIVEclean segments. Not a consumer but have heard good things. The whole DRIVE concept was fantastic and I think we can all mostly agree- the execution a success.

So after two years or so the golden yolk of the YouTube funding egg has run dry, and thus DRIVE – if it is to continue – must hatch out other ways of funding these ambitious films.

For this you retain access to the extended Harris pieces (the first being his date with LaFerrari), presumably big muscle and tuned with Musto and Farah, the afterDRIVE discussions and shakedown racing coverage amongst other additions.

Herein lays I think the first problem with the new format.

The original channel – to which all original consumers are subscribed – is now essentially there to ask everyone to pay by showing them snippets of the content they’re not allowed anymore. Kind of rubbing it in.

Here however is the flip side of the coin. Todays world of media distribution and content consumption is a very different animal to what it was ten years ago.

It was an obviously capitalist model of content creation- to which access was granted following a monetary exchange. Examples of which being magazine subscriptions or your TV licence (that costs 120 or so pounds in the uk) so you can watch Clarkson and co.

Enter the internet truly coming into its own in terms of content creation, presentation and sharing, lets say, 4-5 years ago? Establish/ argue the chronology for yourself. A platform from which anyone can create (or consume) anything. For free.

What do you think this site is? No one gets paid.

However, when under the wing of the media giants, the likes of Harris in years gone by obviously did. But this DRIVE foray that they have embarked on is embedded in a core totem in this new age socialist content sharing system- Youtube. I’m sure we’ve all asked ourselves how the hell they funded the thing. Many knew it was a golden Google egg.

Quite a few Youtube channels earn a decent crust from advertising alone, but the reality of those is that A) they’re independent content creators (home written filmed and edited and B) production costs are low on things like vlogs. Advertising does not pay for TV grade camera gear, a deserted track for a day, the best names in the paid end of the business as well as putting food on the table and gas in the heaters in the homes of everyone involved.

So the solution is in fact obvious.

If your outlet is creating content that in times gone by would be paid for- by subscription or licence- you begin charging when the funding runs out. Of course everyone would love to be able to give out something for nothing forever but I needn’t keep explaining the reality of why thats not possible. 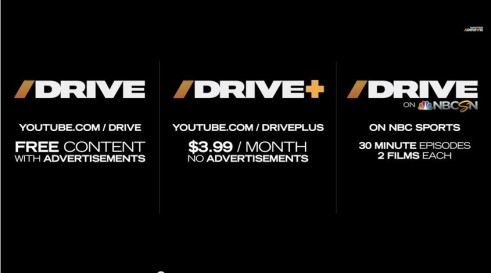 So, as a now paying subscriber to DRIVE+ I shall now re-convey my reasoning as to why it’s worth my outlay.

I, a car enthusiast, pay for certain things that feed my car enthusiast lifestyle. I have an evo Magazine subscription. I put money into my own cars for my enjoyment. I now.. pay for DRIVE+.

For me it’s essentially a video magazine.

The content (for me defined by the quality of filming, editing, presenting and subject matter as well as writing) is of a quality on a par with the likes of evo and other print outlets. It’s my belief that they’ll end up following a similar model. “Pay this extra amount and gain access to our videos as well as a copy of evo in print”. It’s the logical next step.

As much as I love the creative scope that this new free and open age of content sharing has granted people, its a good thing that the strongest of them are gunning to find a source of funding. Without it, it will all simply  disappear. I would rather pay.

Furthermore. If we consider that this new subscription system is the creator asking more of the consumer, we can logically safely assume that by rights we can expect more of the creator. Even though the free content of the past two years has been very good. Is it something we can expect to start paying for with no additional benefits? I propose not. 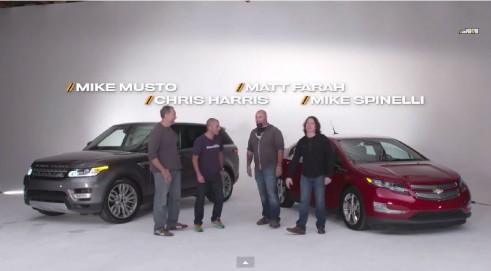 I would like to suggest then, that my outlay is also a leap of faith. Faith in DRIVEs ability to, with its new found income, make my investment worth while. That means better or rather, more content.

I think everyone moaning about this should ask themselves wether they would pay for better content rather than the same that they got before for free. I’d like to think they probably would.

The factors of the exchange are quite telling too. In return for YouTube’s golden egg we can assume they expected DRIVE to get views. To produce a degree of advertising revenue. To make their investment worth while. For the past two years the viewer has sort of been a third party. Maybe not quite that…but certainly more than now. Now it is a straightforward business exchange between customer and provider. We pay the bills. We have more say. That cannot be a bad thing.

So now I look past the initial shock of the DRIVE+ money making scheme and see that this is a positive step in a direction that was necessary to take sooner or later. If not by them then by other outlets. I’m sure in other segments of online media this was already the case. 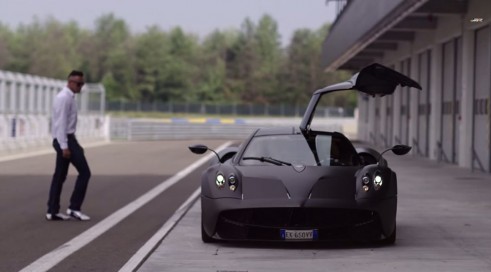 As someone who’s doing this kind of work off my own back, who is aspiring to make this make me money one day, it’s actually encouraging and inspiring to see. Those who take the steps deserve praise and, on my part, to be given a chance. Not least for having the confidence to say ‘our content is, or will be, worth paying for’.

Its a bold move. If a bit too bold or risky. But it is something I feel is inevitable.

If after a year I feel my £25 hasn’t gone well spent then I will join the masses in voicing my opinion on the Facebook and forum threads.

What I can guarantee is that they’ll have a far more attentive ear to the ground when it comes to adjusting what they produce. Failing that and changes haven’t materialised then i’ll save my investment for the next outlet to take the leap. Which they will.