Why the FK2 is THE best Honda Civic Type R EVER

Now the title is a bold statement to make, I know that. I’ve never driven a Honda EP3, but I’ve sampled everything thereafter.

The FN2 was lardy as fcuk. A ton of extra weight (nearly 16 stone?!) and barely a hint of more horses led it to be rather underwhelming. That could be what scared Honda from building the FK2 for so long.

But late, like really late in the model’s production run, with just two years to go before it was culled the FK2 Type R was released. I headed to Slovakia on the European launch and was suitably impressed. 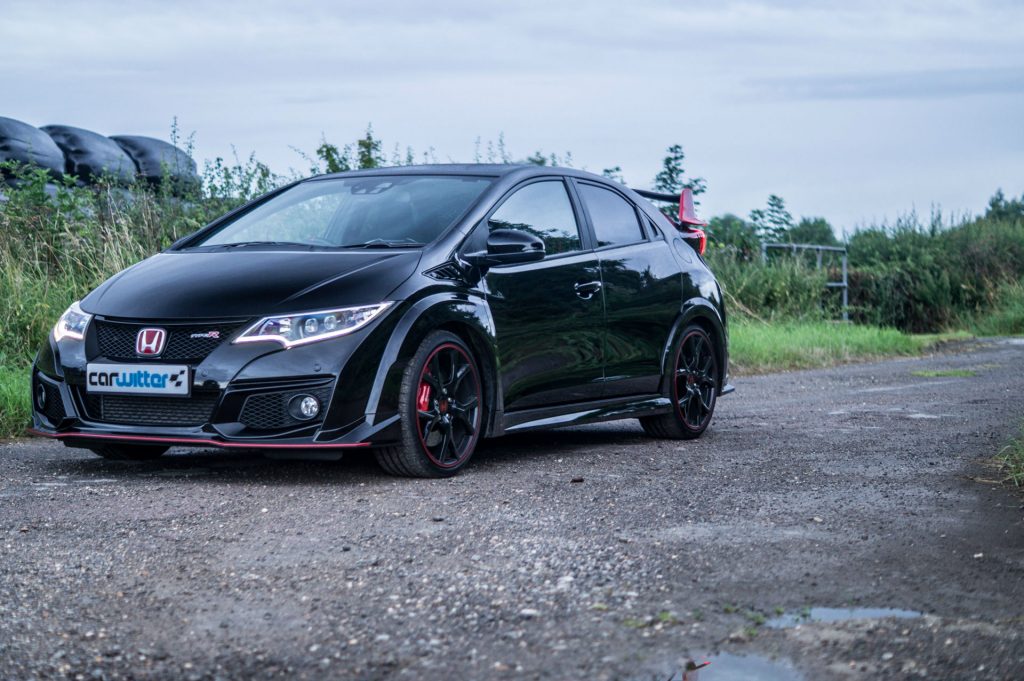 Packing 310 BHP and 400 Nm of torque through the front wheels is simply mind bending. Honda managed to do so without the masses of torque steer that hinder even lower powered hot hatches and things like the NISMO Juke.

You aren’t battling with the wheel out of corners like a rally god. At most, it gives a slight pull in the direction you’re travelling, not the opposite as often happens with trick diff front wheel drive cars, packing extreme power.

So getting back to the point.

I drove the FK2 on the launch, through hilly Austrian roads and on track. Oh, and then once for a brief jaunt at a driving day about a year later where I filmed this. It was good, bloody good. But you know when you don’t actually realise what you’ve got until it’s gone. Yup.

Rewind back a month or so and I find myself in Germany on the Autobahn. I’m casually cruising at 170 MPH in the new FK8 Civic Type R. It’s rapid, there’s no doubt about that. But it’s been watered down.

You see a hot hatch should be a practical race car for the road. In my eyes at least.

So it should have that specialness surrounding it. I’m not talking about its looks either. I’m on about how it feels.

The ride should be hard. Not firm. Hard. – That’s what she said.

The seats should feel like a burley bouncer has his arms round you.

The noise as you redline should be a cacophony of revs and straining.

I don’t want a hot hatch without some sort of compromise. I chose to own that car because of its performance. If that performance comes at the cost of ride and refinement, so be it.

And that’s what the FK2 was like. It had character. 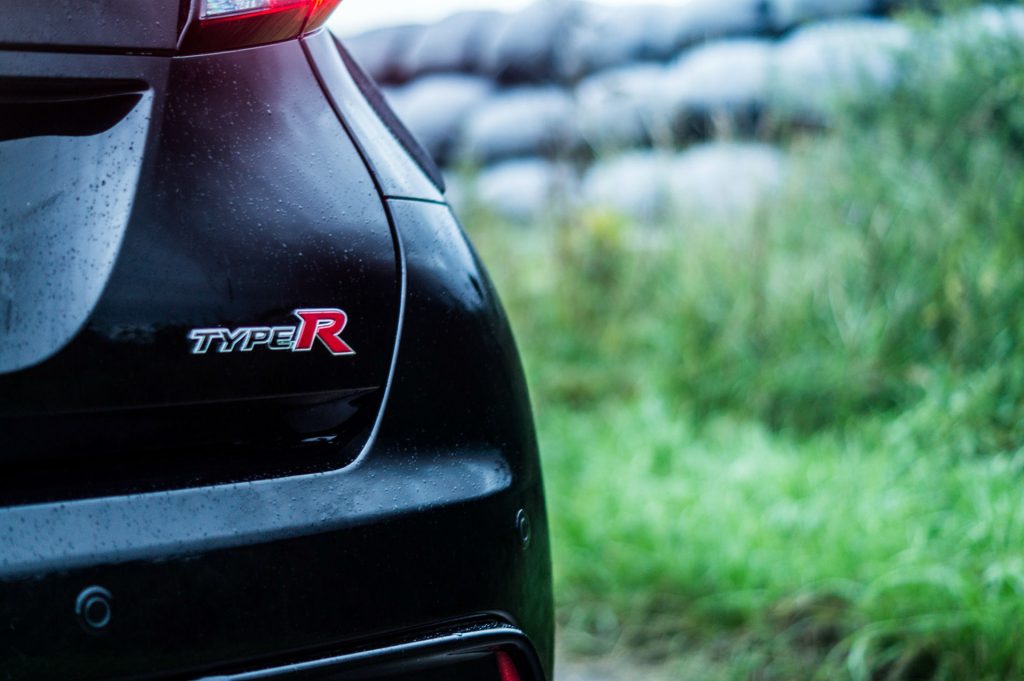 From the off the ride is hard. Switch it into +R mode and it’s practically rigid, bouncing you around in your seat as if you were on the Dakar. Yet you’re actually driving down the high street in Stow-on-the-wold.

The seats have metal in the side wings. You have to thread yourself between them and the steering wheel to get in. If you miss and accidentally sit on them, it ends up feeling how I imagine the first night in prison does.

But by god do they hold you. It’s as if big Mike from Weatherspoons is sitting behind you, holding you tightly through every apex. 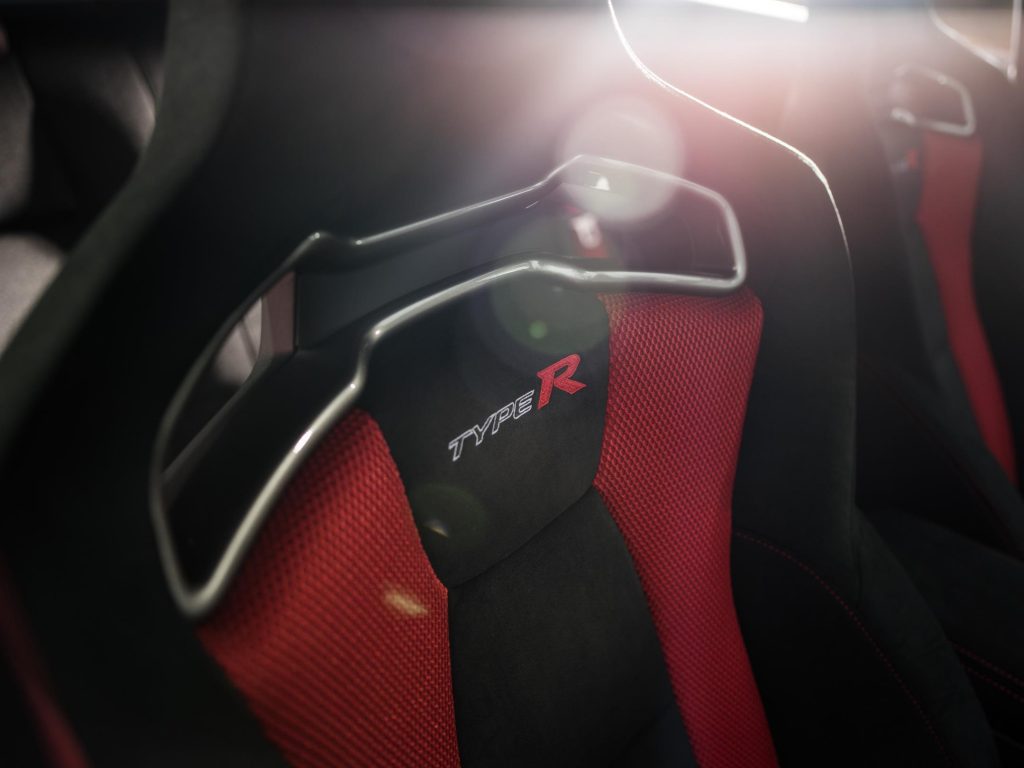 And the sound. As soon as the second cam kicks in and the turbo starts to spool it’s like unleashing a beehive on your worst enemy.

There’s a fizzing excitement that starts to build as you go past five, now six thousand RPM. A vibration is felt through the steering wheel and the accelerator pedal. It’s only mild, but it’s there.

It sounds as if the engine is right under the leading edge of the dash, roaring all the way to the 6,500 red line. 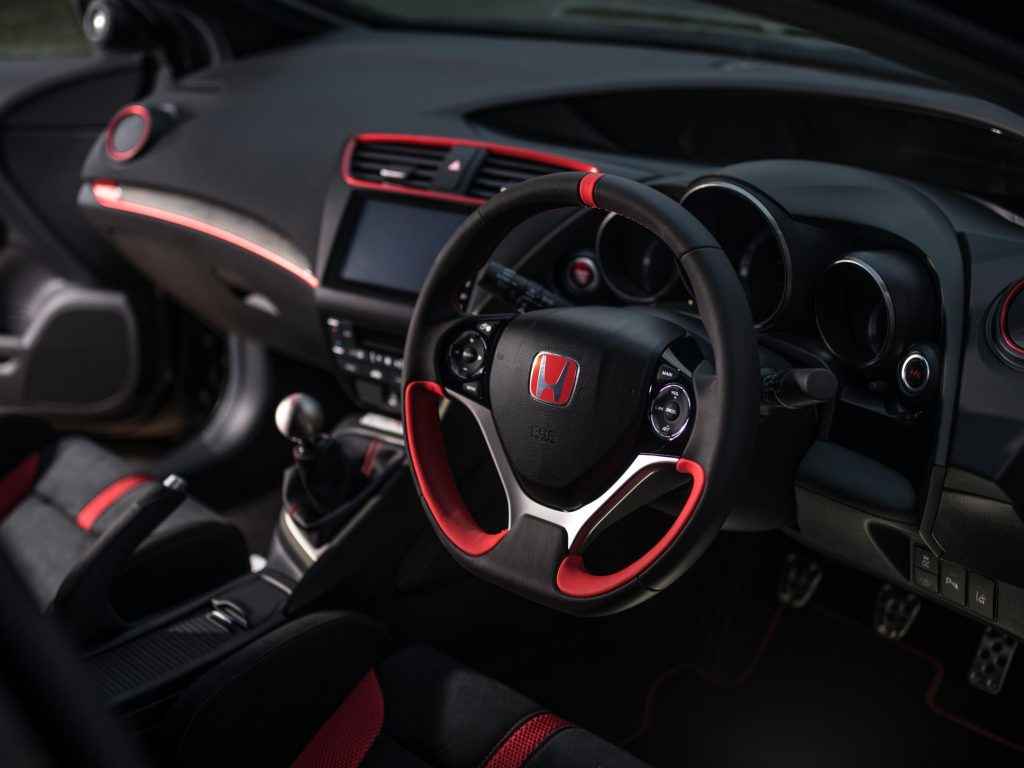 The gear change lights meet in the middle and turn red, you don’t even have to take your eyes off the road. Pressing down on the clutch you grab at the gorgeous aluminium ball to your left and bang it into fourth, before waiting for the noise and vibration once more.

And all of that is exactly what the FK8 is missing.

It’s a comfy ride, the seats are now smushy at the sides without support, and there’s just a lack of raw drama.

Currently the media are lauding it as ‘grown up’ and ‘refined’. Give it a few years and everyone will be saying ‘remember the FN2?!’.

Normally I like my hot hatches as pure as they come. High revving, non turbo, I bet I’d love the EP3.

After spending nearly two weeks with this Black Edition FN2 I want one.

I can’t afford one.

But I want one.

For having so much torque, so much power it just feels incredibly well balanced in its handling…something I remember from the launch.

You can dive into a corner way too fast, unhook the back end and wait for it to slowly start drifting before catching it. It’s a complete tour de force in car setup. 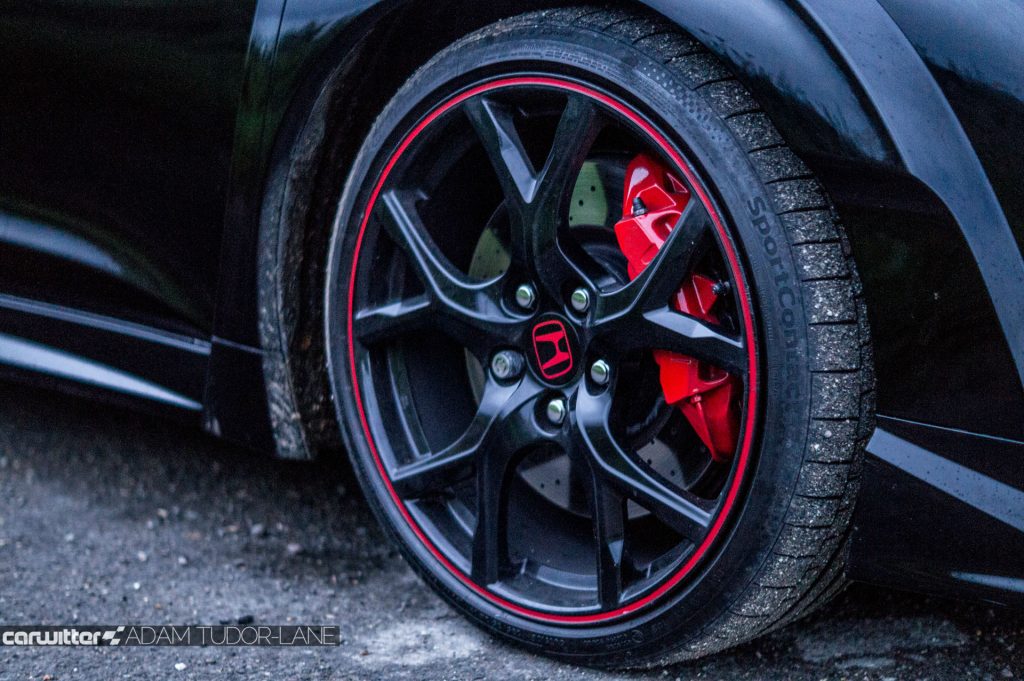 I decided I had to make a quick vlog on the FK2. Something I don’t normally do, but after spending so much time with this Type R I realised it was something that needed to be cherished.

A moment in time where you feel like you’ve found perfection.

I’ve driven the Focus RS, the Golf R, you know, the all-wheel drive hyper hatches that are now becoming all the rage. And you know what?

Keep them. They’re both crap compared to this.

If you’re a luddite after paper facts and numbers, then go for it. If you’re a driver who loves emotion, feeling and a well-balanced car, you need to sample an FK2. 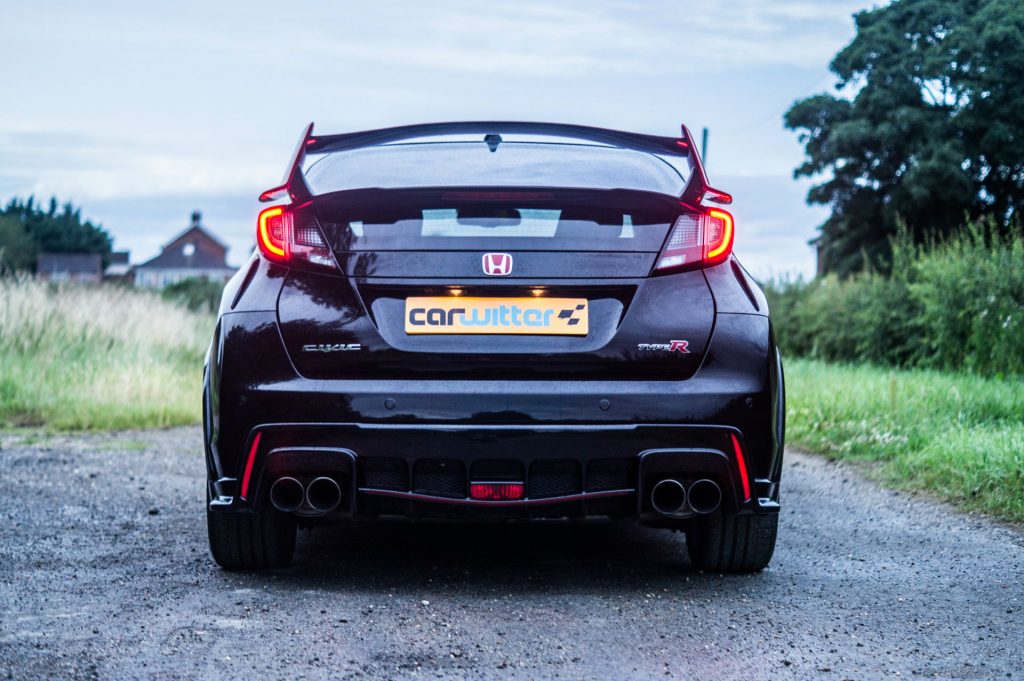 I believe I was the last person to have a loan of this Black Edition FK2. I wasn’t meant to have it this late in the year. But due to some logistical issues their end and mine, it turned out that I got to drive the old model well over a month after the press drives of the new one.

And Honda are probably going to hate me for banging on about how good the old model is. It’s a PR nightmare, and a reason why this never normally happens.

So I’m sorry Honda, I really am. But the FK2 is the best Type R you’ve ever built. 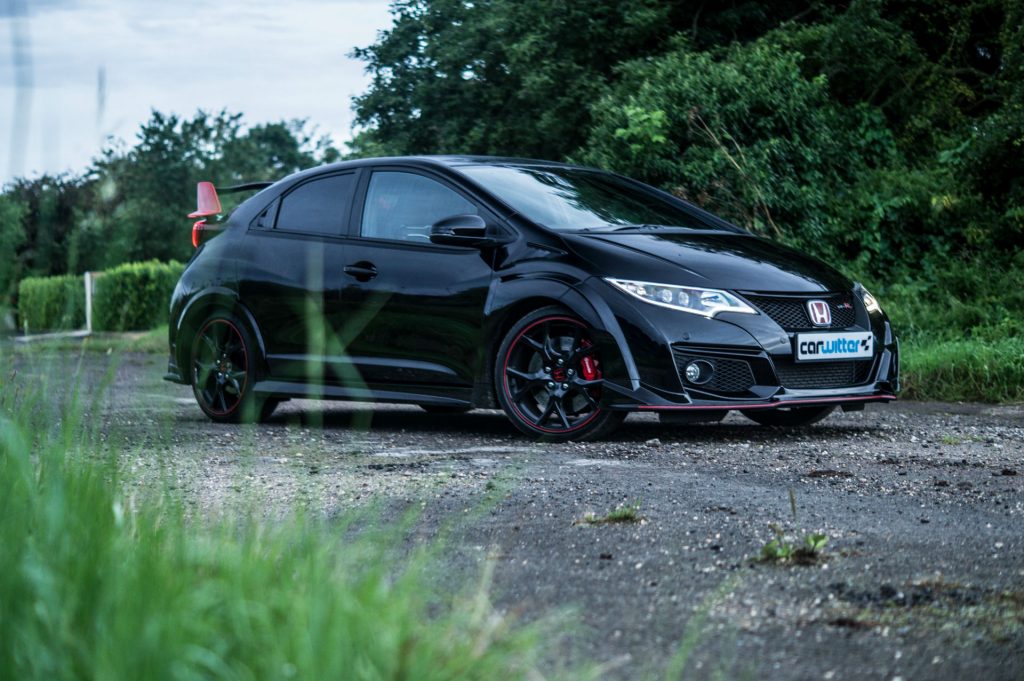 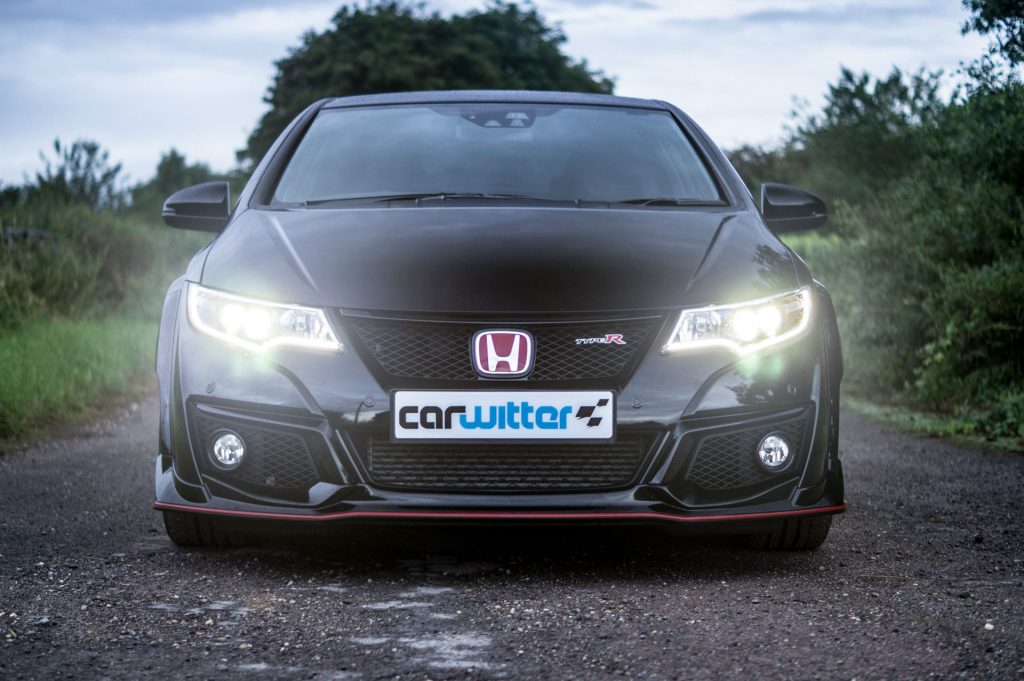