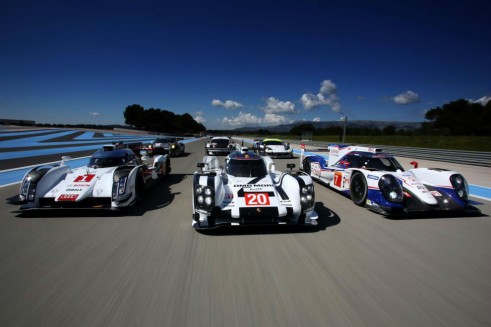 The World Endurance Championship roars back into life next weekend as 35 of the world’s finest sportscars take to the track at Silverstone to begin the seven month long season.

The first two seasons of the world’s premier endurance series have been dominated by Audi, but they have served just to whet the appetite for what is to come.

The teams arrived in the UK last week ready for a royal launch at Kensington Palace, watched over by Prince Michael of Kent. 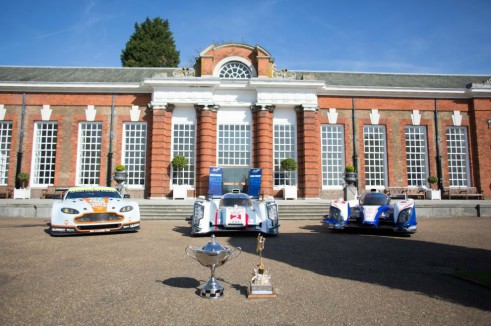 The 31 season entry cars now move on to the Northamptonshire circuit to get one of the most anticipated battles in motorsport history underway.

This season is what they have all been building towards since the WEC began, a complete new set of rules and the return of a name that has towered over endurance racing since the 1970s – Porsche are back. 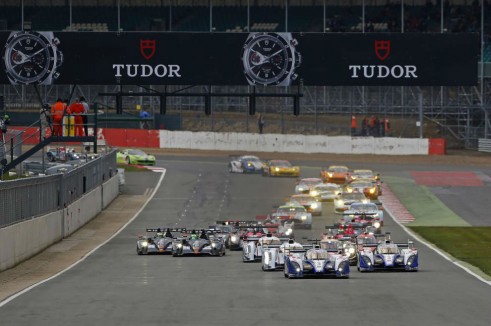 The championship began in 2012, six months after the German giants had announced their return, planned to coincide with a major overhaul in the regulations.

Now that long, near three year, wait is over and their return along with Toyota and Audi’s renewed commitment means the top P1 category’s grid will be boosted to nine cars at Silverstone.

If all goes to plan five brand-new prototypes should head the field on April 20th, although the privateer Rebellion’s plans to field a new Oreca-built R1 chassis look to have hit the rocks following a troubled development. 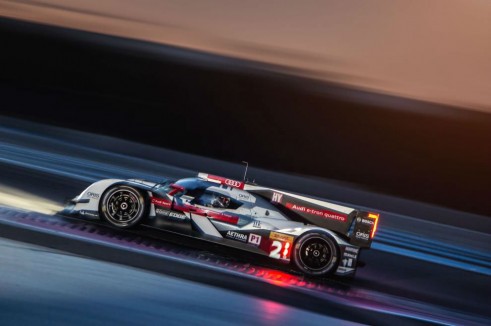 Audi return with the latest iteration of their uber-successful R18 coupe, which has won each WEC title and crossed the line first at Le Mans for the last three seasons.

But all is not the same for the four-rings, the surprise decision of world champion Allan McNish to call time on his career has lead to a promotion for former F1 racer and Formula E tester Lucas Di Grassi to the #1 squad. 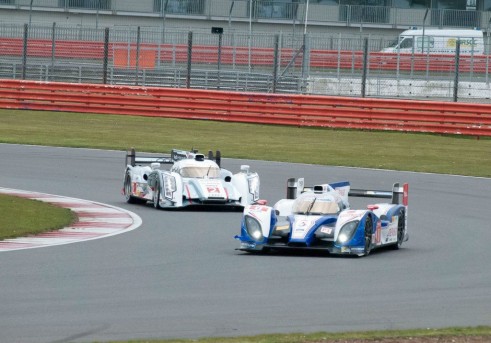 Audi have not had it all their own way, Toyota’s TS030 challenger pushed them hard at Le Mans last year, and even briefly lead the race in 2012 before misfortune and bad driving left them watching from the sidelines.

In last year’s opening race Toyota upset the rankings by locking out the front row in a wet/dry qualifying session despite not bringing their up-to-date car, making use of Michelin’s new trick grooveless wet tyre.

But come race day Audi reasserted a dominance that would remain all season, with McNish chasing down team-mate Benoit Treluyer in a thrilling last half hour battle to take the victory.

This season Toyota field a pair of their new TS040 hybrids and a settled team of drivers eager to finally win the title they have failed to capture so far. 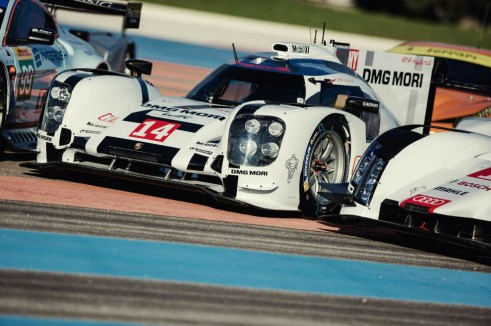 But all eyes will surely be on Porsche come next weekend, not only are they the most successful make in sportscar history, but their driver line-up includes Red Bull refugee Mark Webber, who elected to step away from F1 despite having offers on the table, to drive for the German team.

He, along with other recognised names including former F1 tester Brendan Hartley and ex-Audi peddlers Romain Dumas and Timo Bernhard, will hope to pilot the firm’s 919 hybrid to the front in their first season back.

All three have taken completely different approaches to powering their cars under the new, energy limited, formula, with Audi’s V6 diesel going up against Toyota’s V8 petrol and a novel petrol V4 from Porsche.

Behind them Rebellion, including another former F1 podium winner in the ever popular Nick Heidfeld, will take on the Kodewa run Lotus cars that competed in P2 last season, as long as both cars materialise that is. 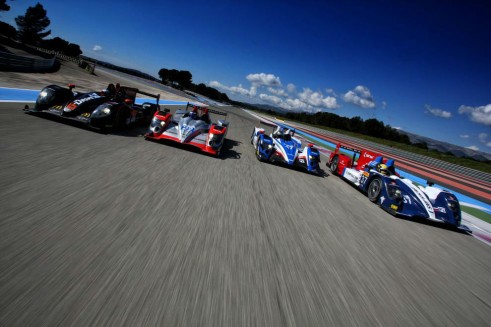 LMP2 remains as competitive as ever, with seven cars lining up, including former Le Mans category winners Strakka, who return after several years battling in the top class.

They will field a single Dome S103 with team boss Nick Leventis at the wheel alongside regulars Danny Watts and Johnny Kane. 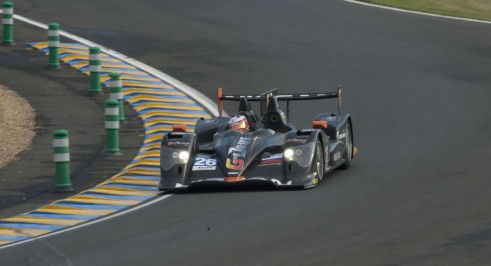 Two entries are also seen for the first time from growing Russian team SMP, who bring in former Peugeot ace Nicolas Minassian to spearhead the assault. 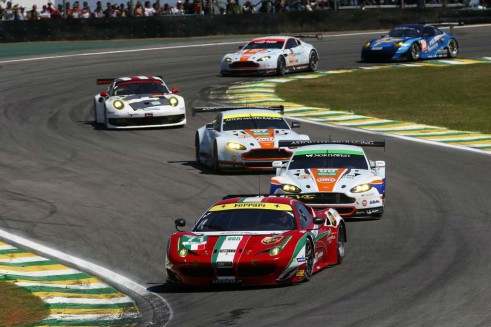 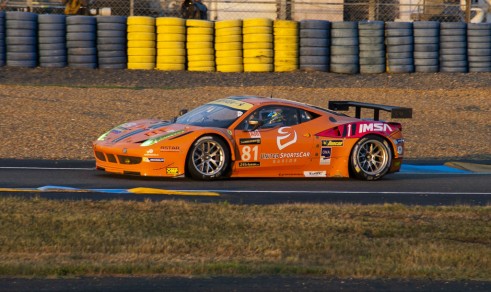 They will also attack the GTE-Am title with two cars under their own banner as well as running 8-Star’s 458 Italia, which clinched the title in 2013 for owner Enzo Potolicchio.

Aston Martin’s assault on the championship will be four-pronged, with two cars in GTE-Pro and two more in GTE-Am. 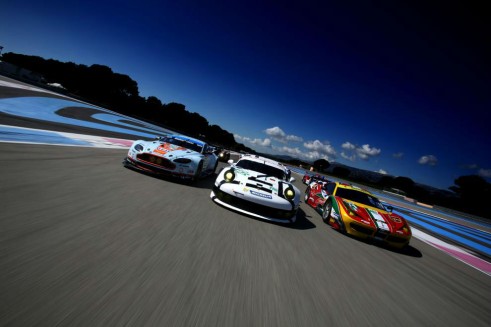 Drivers Johnny Mowlem and Matt Griffin are split between Am and Pro respectively with Griffin joined by former GP2 racer Alvaro Parente and Mowlem teaming up with American Mark Patterson and former Stig Ben Collins.

A pair of 911 GT3s complete the line-up, entered by Proton and Prospeed Competition. 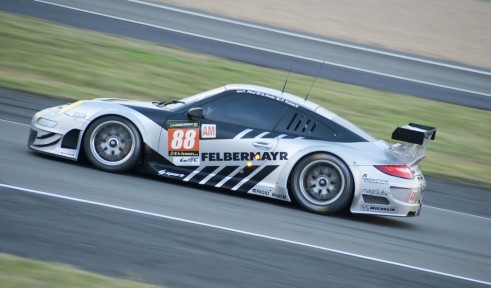 After Silverstone the teams move on to Belgium for the 6 Hours of Spa before preparations shifts to the double-points showdown at Le Mans in June.

A three month break ends with the flyaway second half of the season taking in Austin, Fuji, Shanghai, Bahrain before the season concludes at Interlagos in November.

Remember to visit carwitter throughout the season for coverage of every round of the World Endurance Championship and follow our reporters on twitter for updates.

All the races can be found on our 2014 Motorsport Calendar, here you can add all of these events to your own calendar at the click of a button! 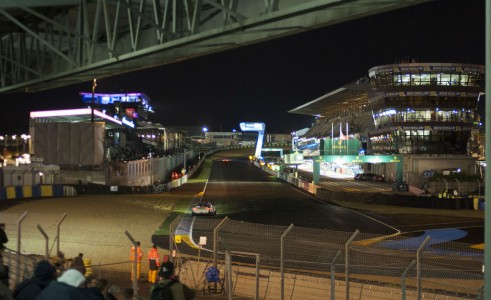 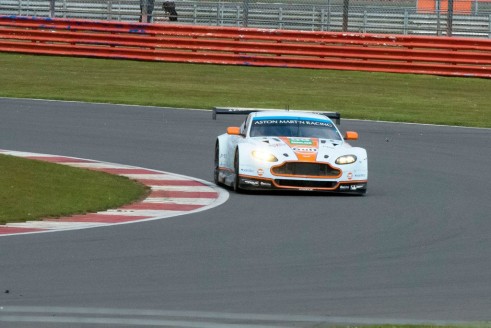