The concept looked awesome, rugged and like its beach buggy fore bearers. Now it’s a reality.

You can opt for the Beetle Dune in both convertible and hard top form. 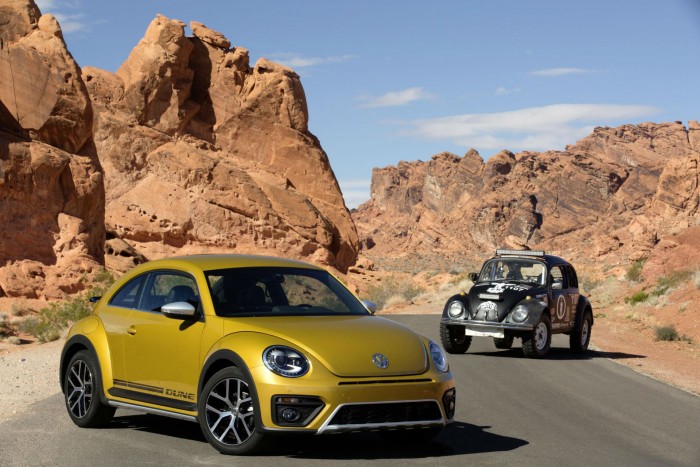 Prices start from £21,300 on the road and can be ordered from April 5th, deliveries begin in June. 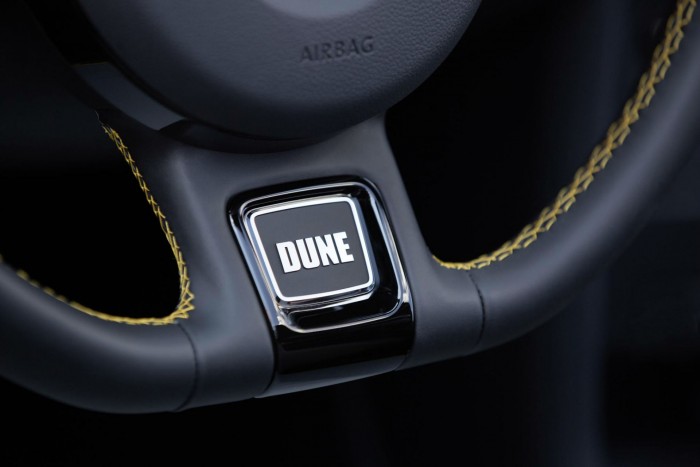 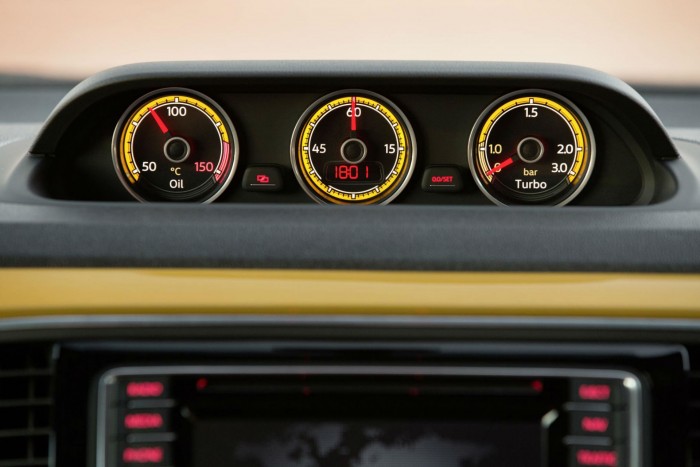 You will also get a larger spoiler, new rear LED lights, Beetle running boards and Dune badging all over.

Engine wise you can opt from either a 1.2 TSI petrol with 105 PS and a manual or auto, or a beefier 2.0 litre TDI Diesel with either manual or auto ‘box. 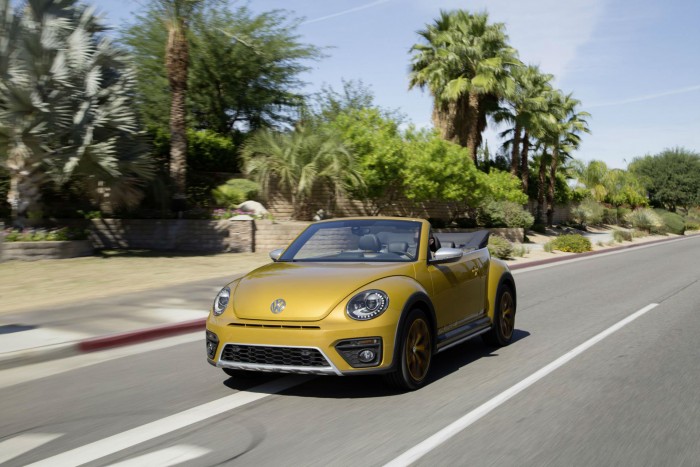 Today’s production Beetle Dune was presented to the world as a concept car at the Detroit Motor Show in 2014.  The concept’s off-road interpretation of the classic Beetle design attracted global interest, and was itself a highly successful development of an earlier concept car revealed in Los Angeles in 2000. 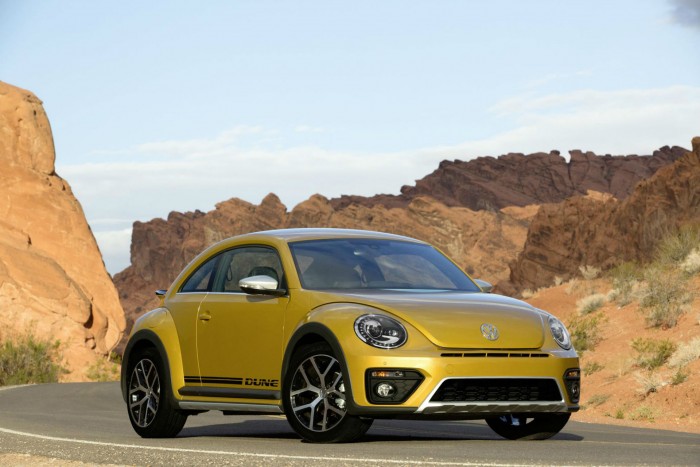 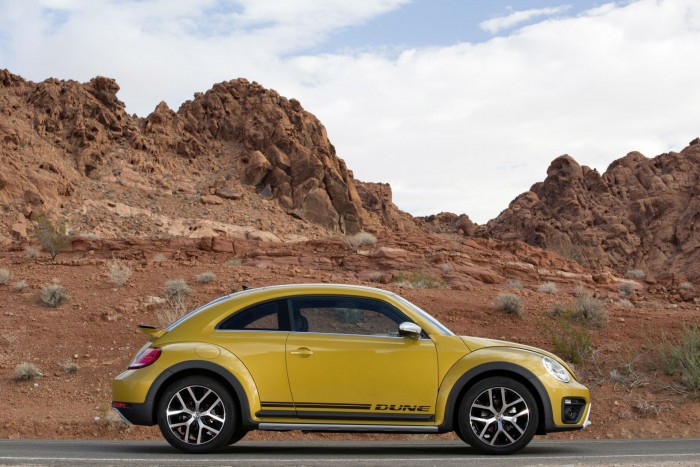 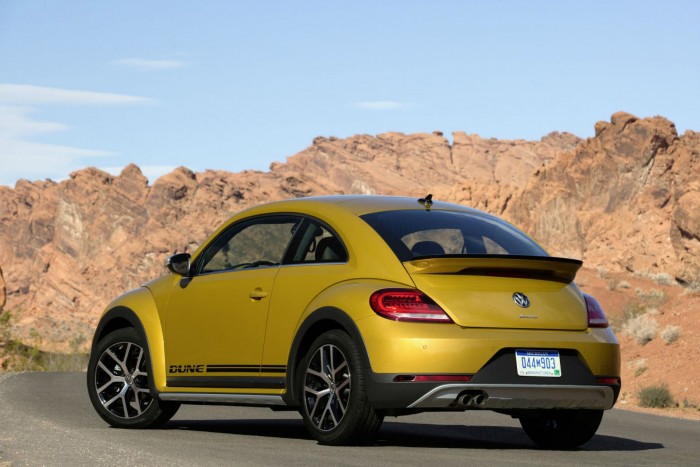