Now that PSA Group are firmly at the helm of the Vauxhall brand, it was always going to be interesting to see what the next generation Corsa SRi would be like, and we haven’t been disappointed.

Underpinned by the all-new Peugeot 208 (although this wasn’t mentioned at all in any of the press bumpf), the latest Corsa is a significant departure from the old model. Gone is that wedgey design in favour of a more traditional two box set up.

Prices start at £15,750, but we’re focussing on the hottest, well warmest version of the new Corsa, the ubiquitous SRi which adds £3k to that starting price. 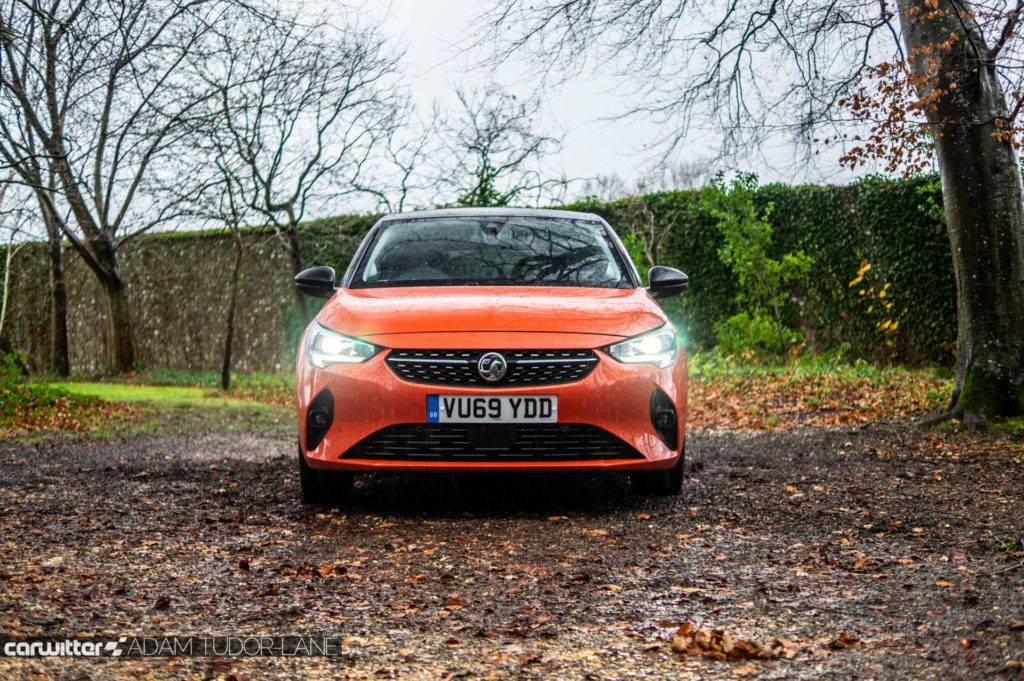 Alright, alright. Yes, it’s a Peugeot 208 with Vauxhall badges on it. The only noticeable side-on differences are the up-kick on the rear door of the Corsa. Bumpers and lights are tweaked here and there, but for the most part, they’re pretty identical. 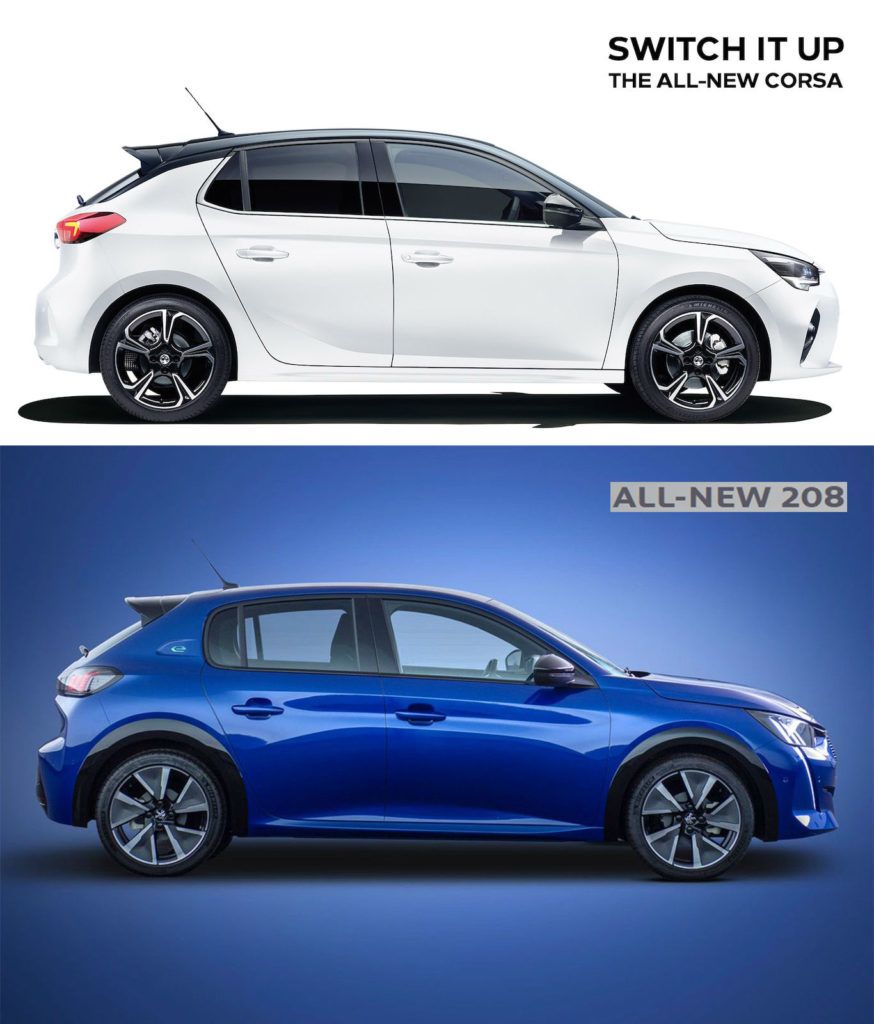 SRi adds some sharper looks up front, with a different bumper over the entry-level SE which includes a splash of chrome across the grille. Opt for ‘Premium’ or ‘Nav Premium’, and black alloys are added to the mix.

It’s smart, inoffensive but dare I say that the new 208 may just have the edge in terms of styling? 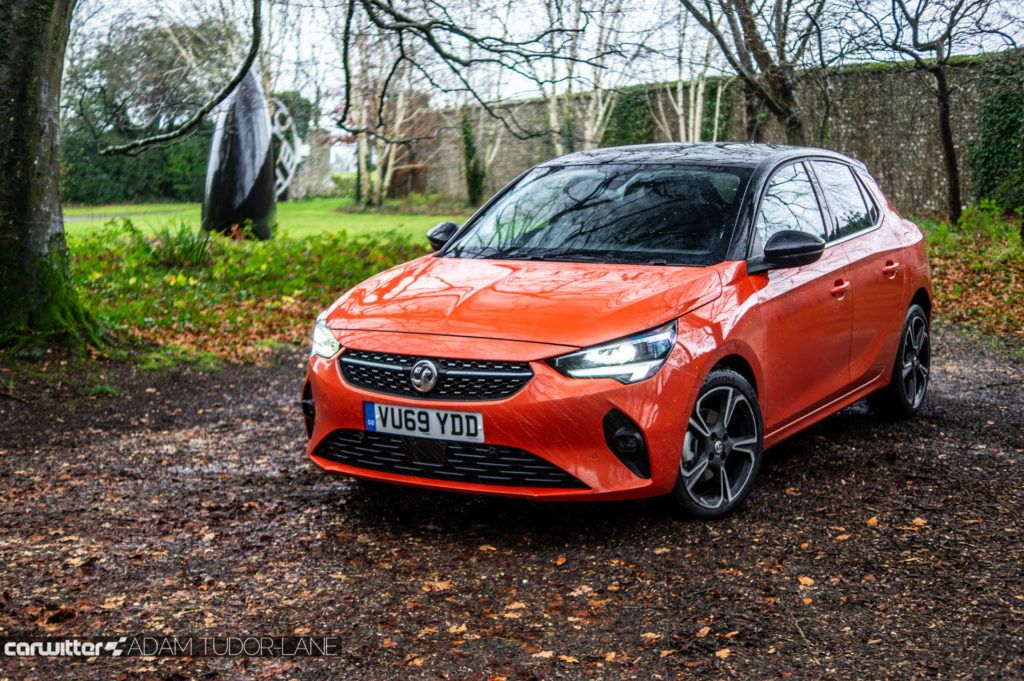 That 1.5-litre diesel sounded pretty promising with its 250 Nm of torque on offer, but sadly it just feels lacking all-round. Performance behind the wheel is on par with that of the entry-level 1.2, it really is one to be avoided, it’s estimated to only make up 10% of sales, likely with fleet buyers. 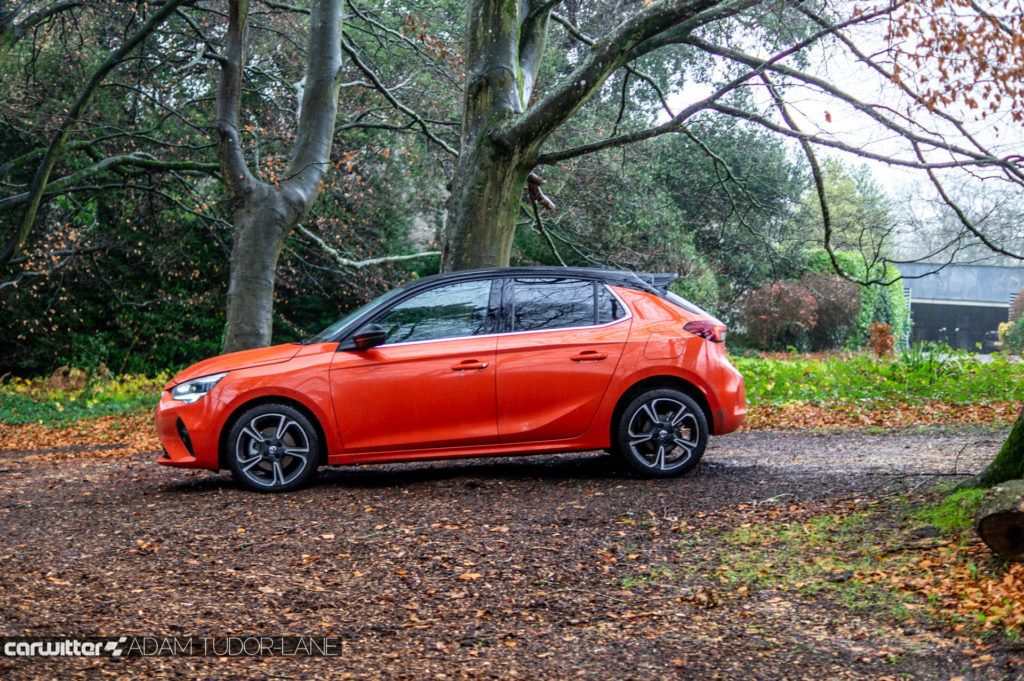 Moving to a new platform means a lot of weight has been shed over the old model, 108KG or 10% in fact; less heft always benefits handling.

You certainly get that sense of bereftness in the Corsa, it’s light on its wheels, eager to change direction and with a touch of the ‘Sport’ button the steering and throttle response become a little crisper.

Warm hatch territory this certainly is.

While you aren’t ever in danger of losing your licence with it’s whole 99 BHP, the Corsa SRi is an incredibly fun steer – even on a wet and wintery British day.

Grip levels are high and body roll well controlled, even at faster motorway speeds, the firmer nature of the SRi remains comfy. 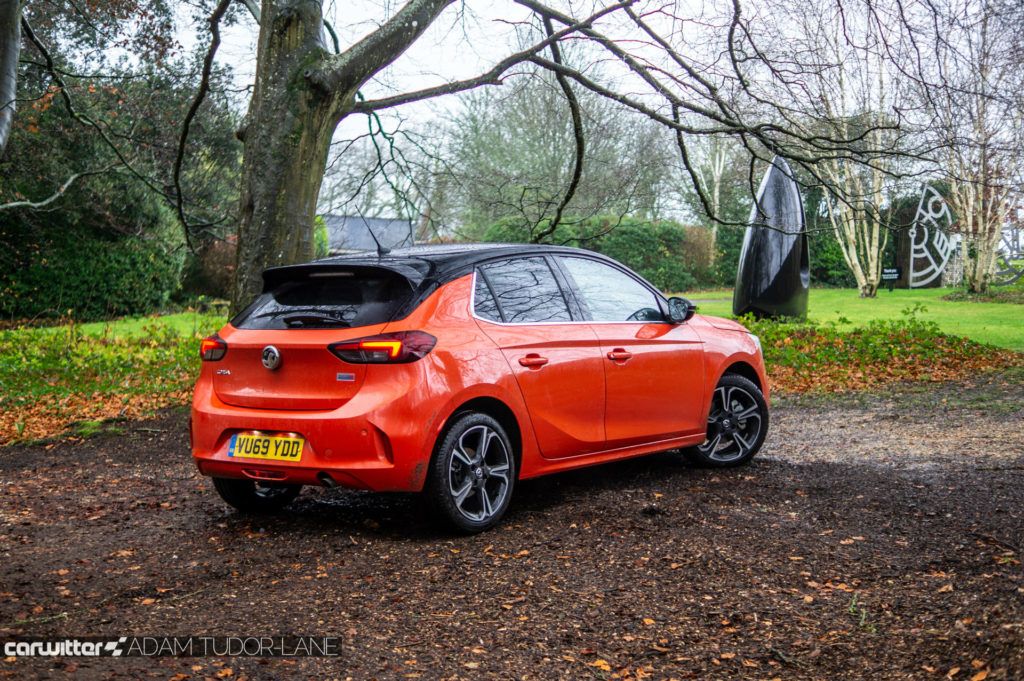 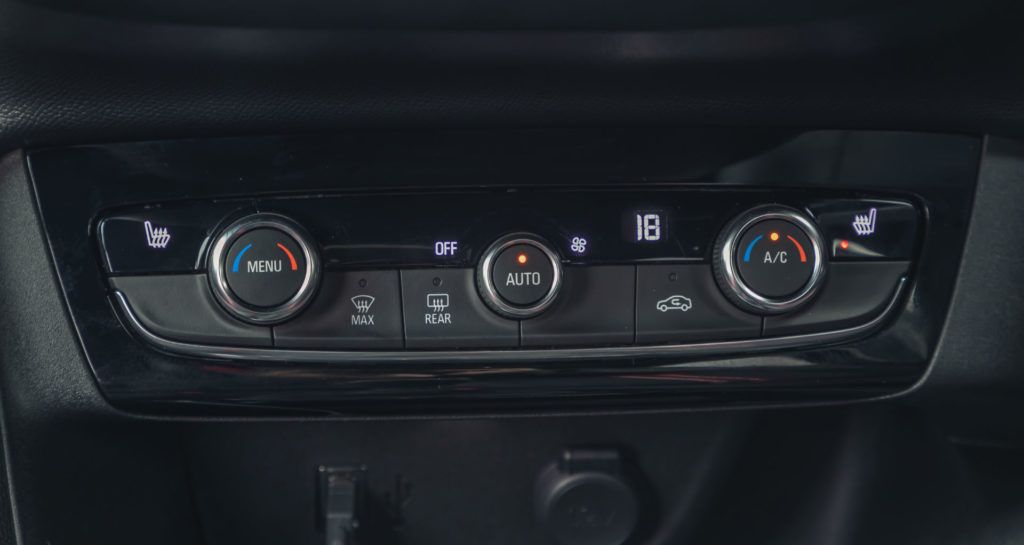 You do get a reasonably large 7” infotainment screen as standard, this bumps up to a 10-incher if you plump for ‘Elite Nav Premium’ or ‘Ultimate Nav’ models. Anything with ‘Nav’ in the title means you get sat-nav, everything else you can use Android Auto or Apple CarPlay to link your phone while on the go. 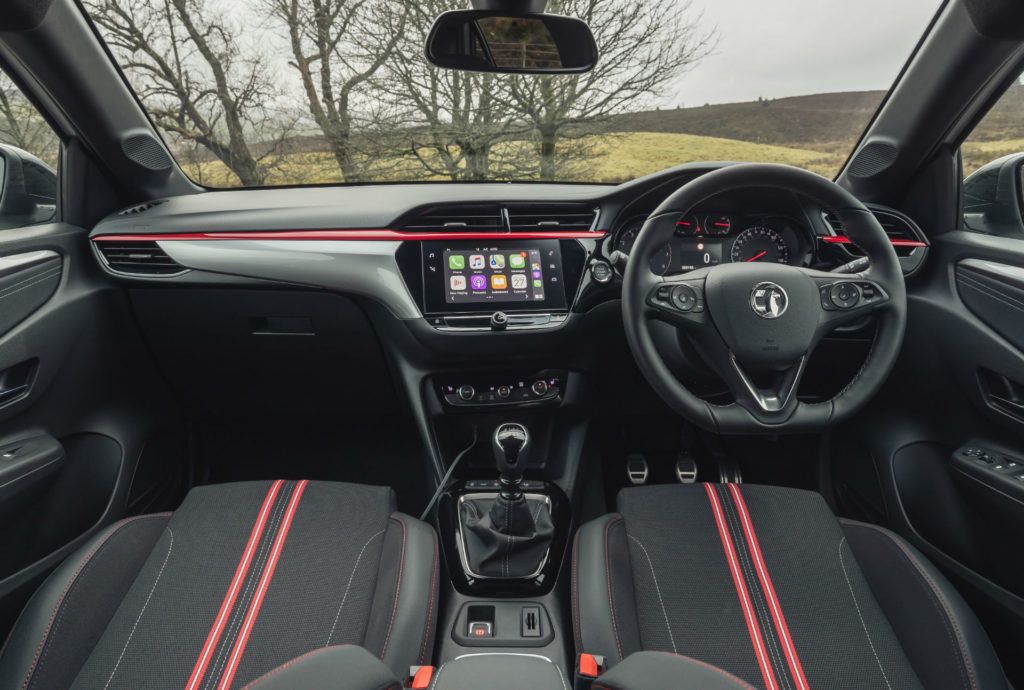 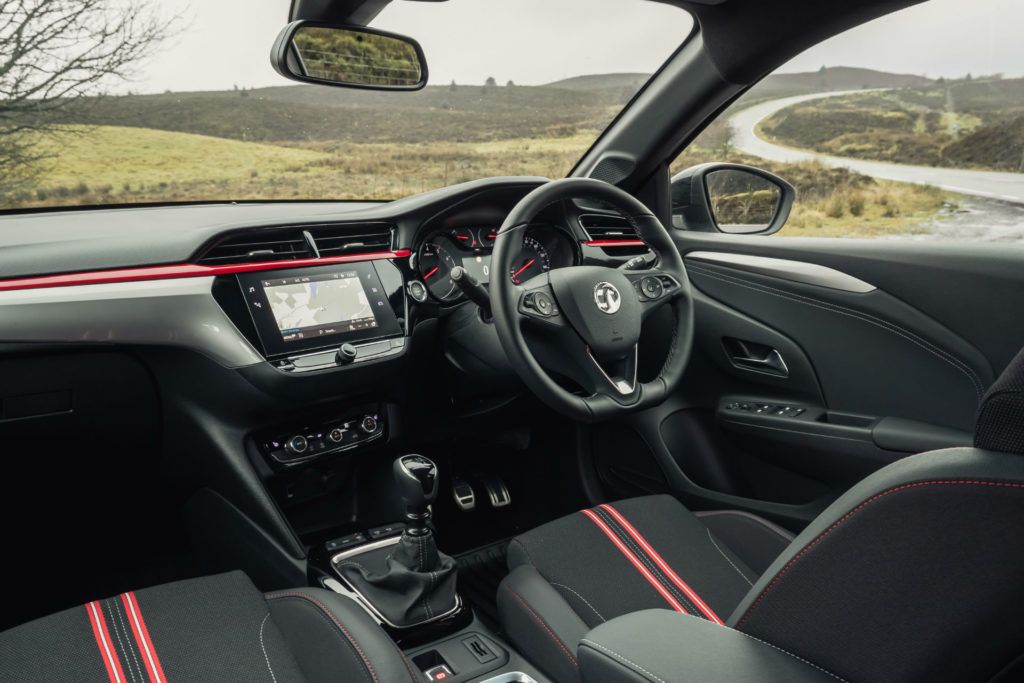 SRi adds some nice red touches throughout the interior, there’s ‘Sports style’ front seats and black headlining, but apart from that, it’s nearly identical to the SE models.

Space in the rear is best suited to children, it can be a tight squeeze if you have a normal-sized adult in the front and back. Boot space has jumped up by 24 litres to 309, while the rear seats split 60:40. 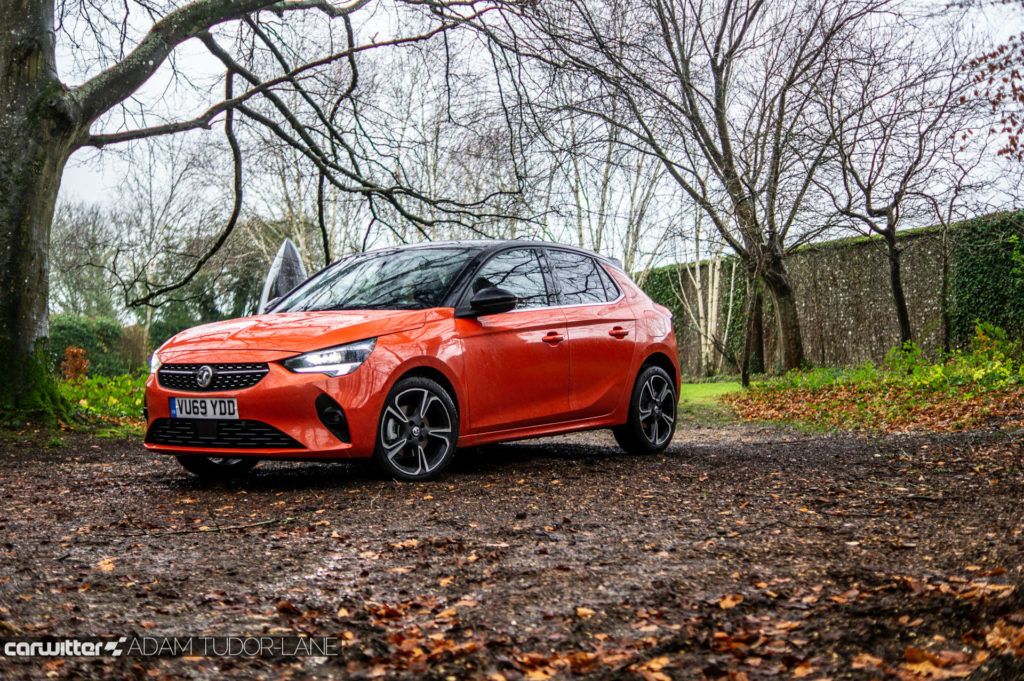 While this all-new Corsa is undoubtedly better than the last model, with its drastic weight loss, and sweeter handling, given a choice between this and the new Peugeot 208, I’d have to opt for the latter.

The interior on the 208 is so much better than that found in the Vauxhall, both in terms of style and quality. On the outside, again, the Peugeot just looks that bit sharper.

Here in the UK we love a Vauxhall Corsa, and most buyers won’t even notice the similarity between the two cars (sadly), but for us, the 208 pips it on just about every level. 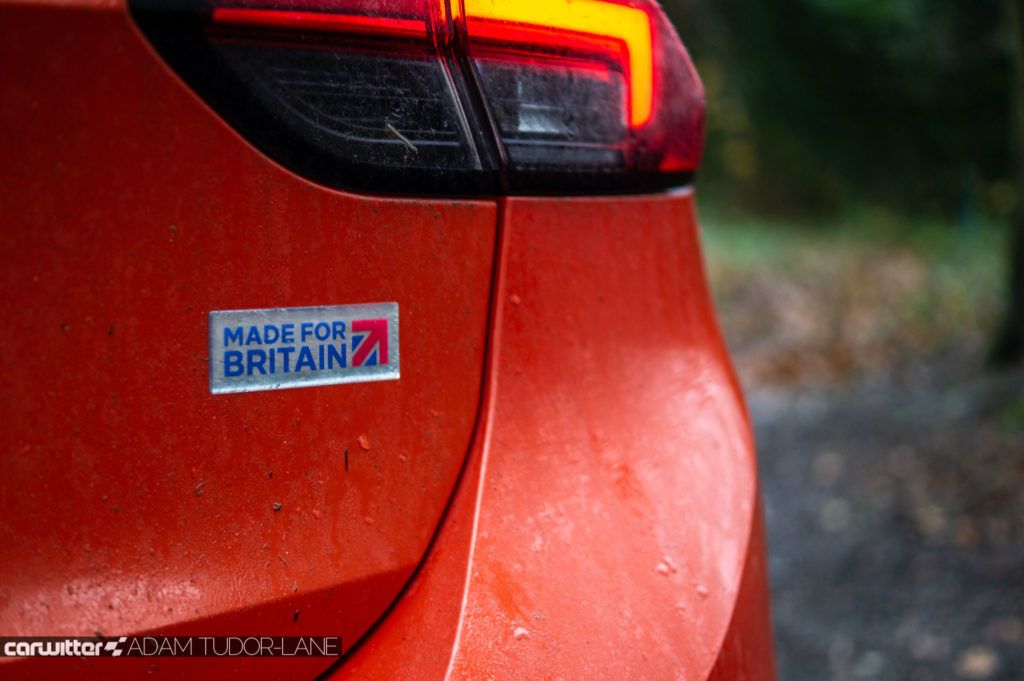 5 top car modifications that you can easily do yourself