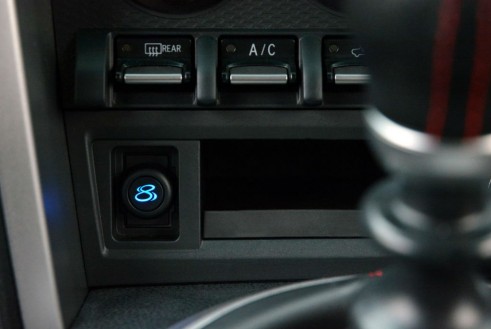 It sits in your car connected to the vehicles CAN network and collects data on acceleration, braking, steering angles, gear shift operation, engine speed and vehicle speed…location information from a dedicated GPS system.

All of that data is stored on a USB device which can then be uploaded to a PS3, from there you can load it into Gran Turismo 6 and race against yourself. The GPS data can also be compared with pro racers.

The device only works on the Toyota GT86 and can only be purchased in Japan, there are no current plans to bring the device to the UK…however it was tested at the GT6 European launch at Silverstone in May last year!

Now if only someone could come up with a device that worked for 90% of cars in the same way, Kickstarter anyone?