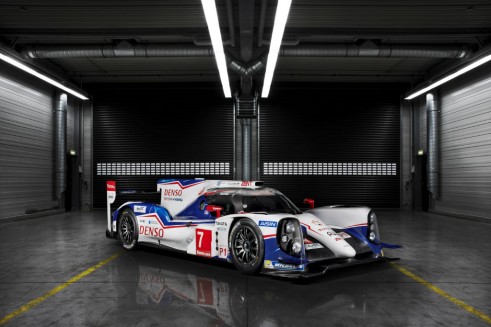 Following on from Audi’s exciting city drive of the new R18 Toyota have rolled out their own World Endurance Championship challenger – the TS040.

Shown off at Paul Ricard ahead of the championship’s prologue test this weekend the TS040 carries an evolution of Toyota’s blue and white livery.

Powered by a 3.7 litre petrol V8 producing 513bhp the Toyota is boosted by an extra 473bhp pumped to the front wheels by its energy recovery systems – meaning the TS040 has a humongous 987bhp.

Despite this astonishing figure Toyota also claim the car will be 25 percent more efficient than the TS030. 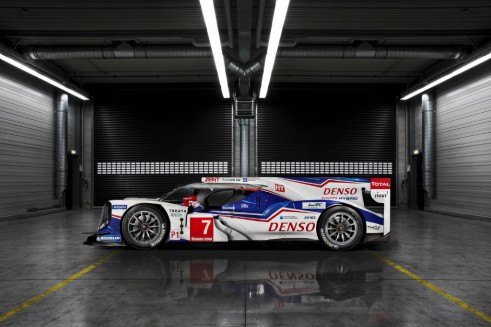 Manufactured in Cologne, Germany, Toyota will enter two TS040s in the series, which kicks off next month at Silverstone.

After a reshuffle of the drivers the number seven car will be piloted by Alex Wurz, Stéphane Sarrazin and Kazuki Nakajima while the eight is driven by Anthony Davidson, Nicolas Lapierre and Sébastien Buemi.

Toyota say the TS040 has already completed 12 days of testing across Europe since January and it will undergo a further test following this week’s prologue event ahead of its first race.

Speaking after the launch Davidson said: “It’s hard to know where our competition will be performance-wise.

We are waiting to face them on track but you have to expect Audi will have done a good job and will probably be the one to beat despite Porsche’s heritage in this category.

The target is clear for us: winning races and of course Le Mans, which remains the main goal and the race I want to win. We just have to make the final step forward after our 2013 result.

When I first saw the car, I was most impressed with the level of detail. The aerodynamics are very advanced and you can immediately see how much effort the team has put into this when you look at the car.

From the driving seat, the most impressive aspect is the four-wheel drive hybrid; the traction and the power really feel good when you come out of a corner. 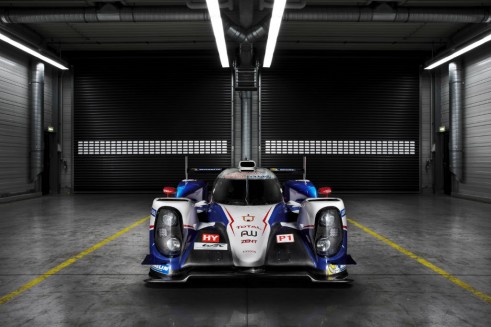