Now it’s not often manufacturers let you loose on a suitably extreme off-road course, they’re always a little worried journalists will push too far and get stuck, ultimately showing up the shortfalls in their product.

But last month VW took us to the depths of Germany, and after a trip to the slightly strange Autostadt at Wolfsburg (the design museum is excellent, the rest of the place just a bit bizarre) we headed to a purpose-built off-road centre in what used to be an old logging site.

Our steeds of choice were the new VW Touareg and T-Roc 4Motion, our interest laid with the smaller car. Rarely do you see a full four-wheel drive crossover these days, and to put their baby SUV to the test was far more fitting.

Heading out into the muddy sand I wondered if their fears would be born into reality, could this little T-Roc really manage this daunting course?

To aid it’s tarmac free abilities there are two off-road settings, these enable the auto ‘box to hold onto the gears a little longer as well as switching on the hill descent control.

They might be modest modes compared to the likes of the Range Rover Evoque, but it’s all you need. Two on-road modes include Ice/Snow and Road, you can also switch from Eco, Comfort, Sport and Normal; these change the engine mapping and throttle response. 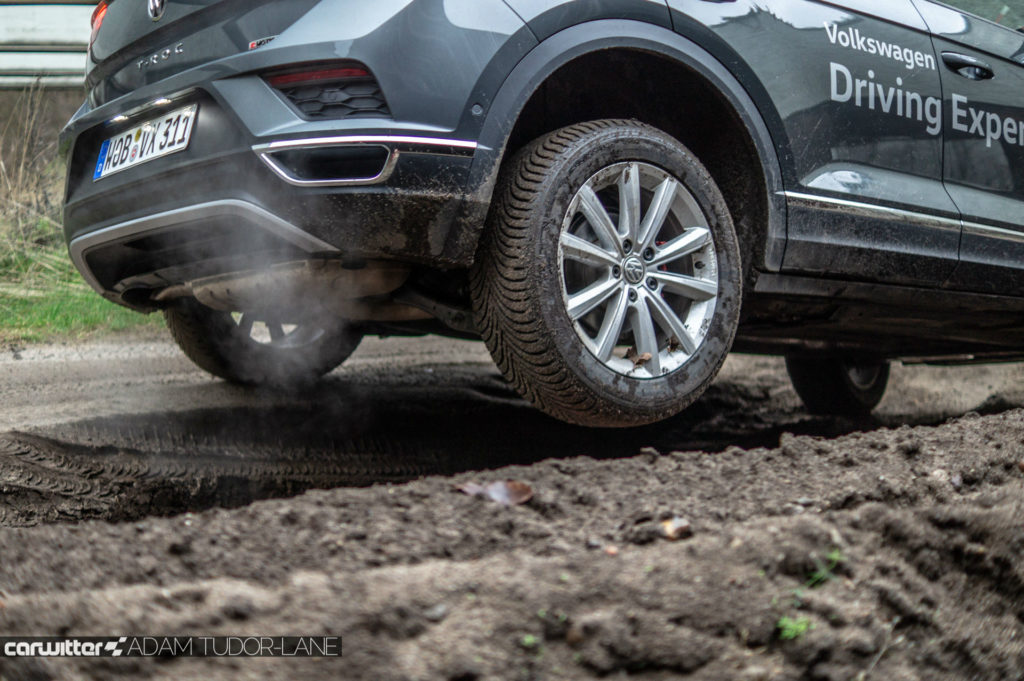 One thing most small SUV’s and crossovers suffer with is limited ground clearance, but over numerous dips and off-camber turns the T-Roc never ground out once. In fact, it managed the same obstacles and courses as the bigger Touareg. It’s only limiting ability compared to its bigger brother was when it came to wading. Clearly, the extra height and air suspension wins over.

Axle articulation, water splashes, and muddy ruts were taken with ease. We were genuinely surprised by just how well this dinky crossover faired. Rather than a soft-roader, the T-Roc 4Motion showed it could keep up with same terrain that bigger, bolder SUV’s could cover.

From inside the lack of detailed controls and modes made driving far easier. I never had to worry about setting it to the correct surface, locking diffs or changing ride height. Just point it at the trail ahead, be gentle on the throttle and use some common sense. The T-Roc got us round multiple times.

Now the Touareg starts from £49,135, over double the £20k that a T-Roc will cost you, so it has far fancier kit inside, as well as feeling just as sumptuous as a Range Rover. The all-around 3D camera system was quite incredible, it projects a graphic of your car in the current terrain, live, in real-time.

This way you can see how close you are and what’s coming up. It does so by warping and wrapping the image being fed from the front, rear and mirror cameras. There are also sensors which measure the angles you’re attempting, from pitch to breakaway angle.

Either way, both VW’s fitted with 4motion managed the challenging course without issue.

Now, this wasn’t mud plugging as you’d be able to negotiate in the new Suzuki Jimny, that’s a whole different ballgame when it comes to off-roading. Undoubtedly, both the T-Roc and Touareg, would struggle here, but for the casual, weekend adventurer a 4Motion equipped T-Roc will manage terrain you’d think twice about. 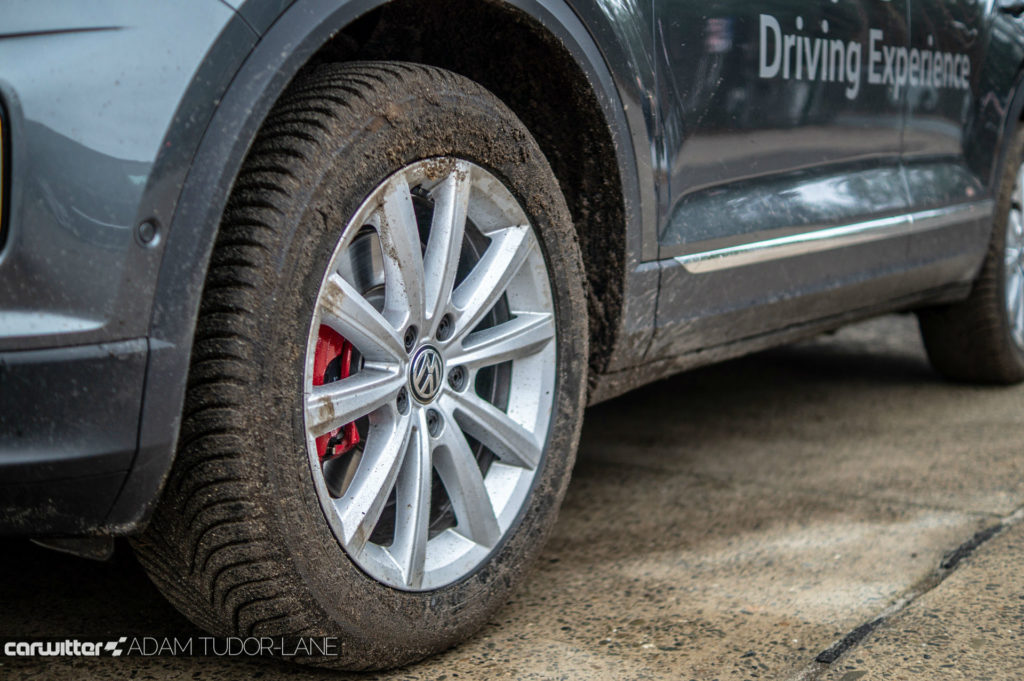