I’ve always had a soft spot for the ultra-frugal 1.6 litre diesel Civic. It was comfy, could be fun driven in the right way and it would manage 60.9 MPG without even trying. That’s roughly 520 miles to a tank.

So what’s that fuel sipper like in the latest incarnation of the Honda Civic 1.6 i-DTEC? We needed to try one. 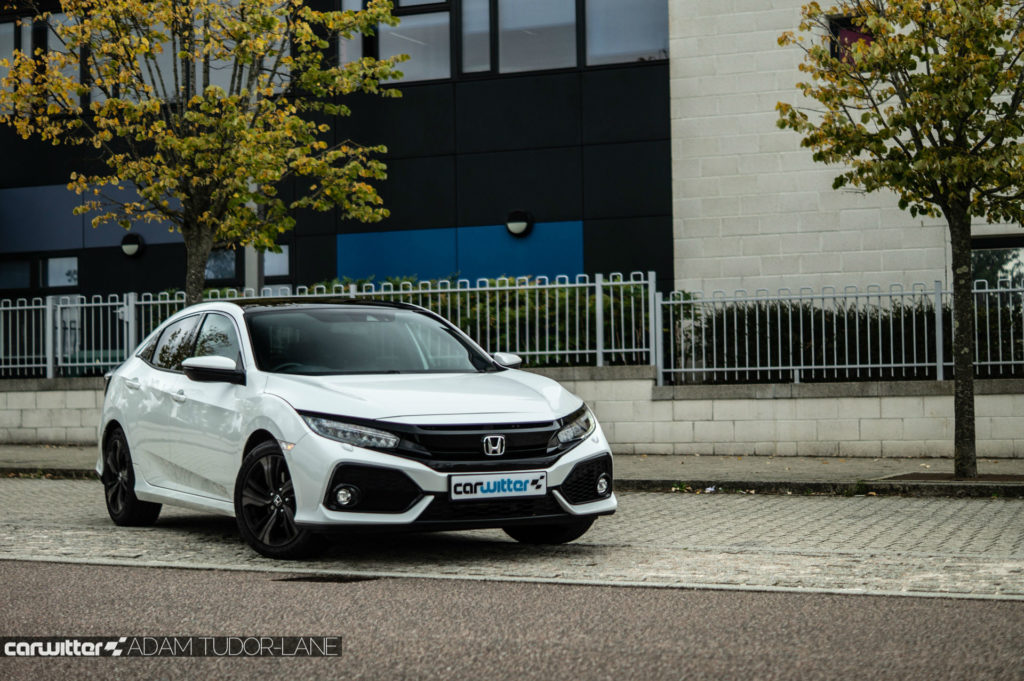 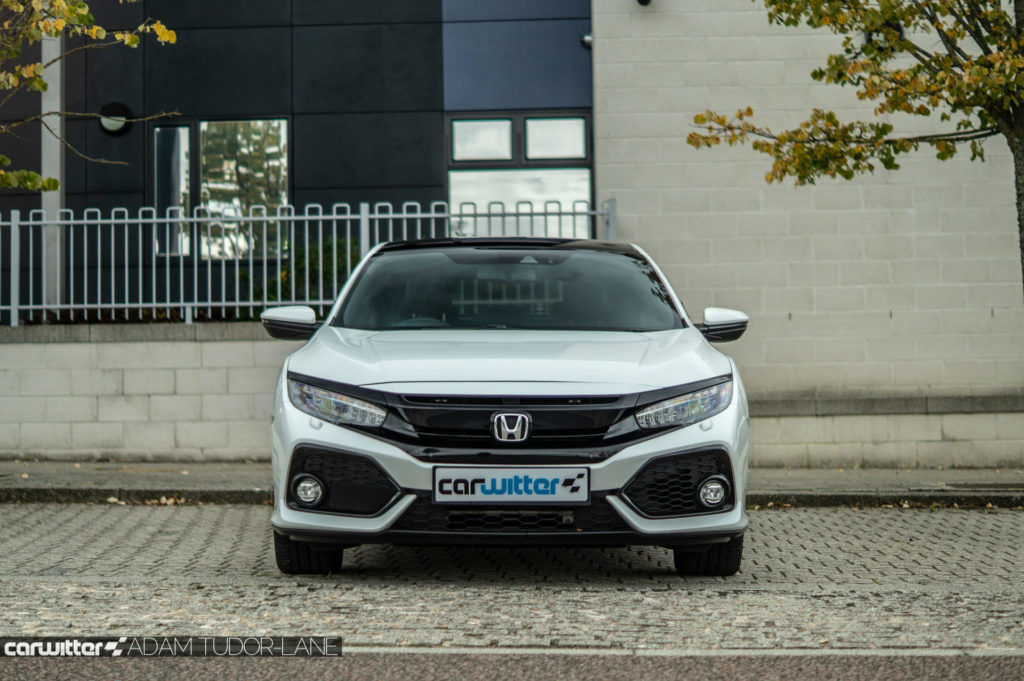 Hopefully you should all be ofay with the new, rather American looking lines of this new ‘global’ Civic. It’s big, angular and far more like a saloon car than any Civic has been in years.

There are no changes or additions for the 1.6 litre diesel, in fact the only differences between the bog standard SE and the mid-range EX trim are large wheels, fog lights and a pano roof. Oh, and EX is the highest level you can currently have the 1.6 diesel in…somehow we think a ‘sport’ may come into play down the line. 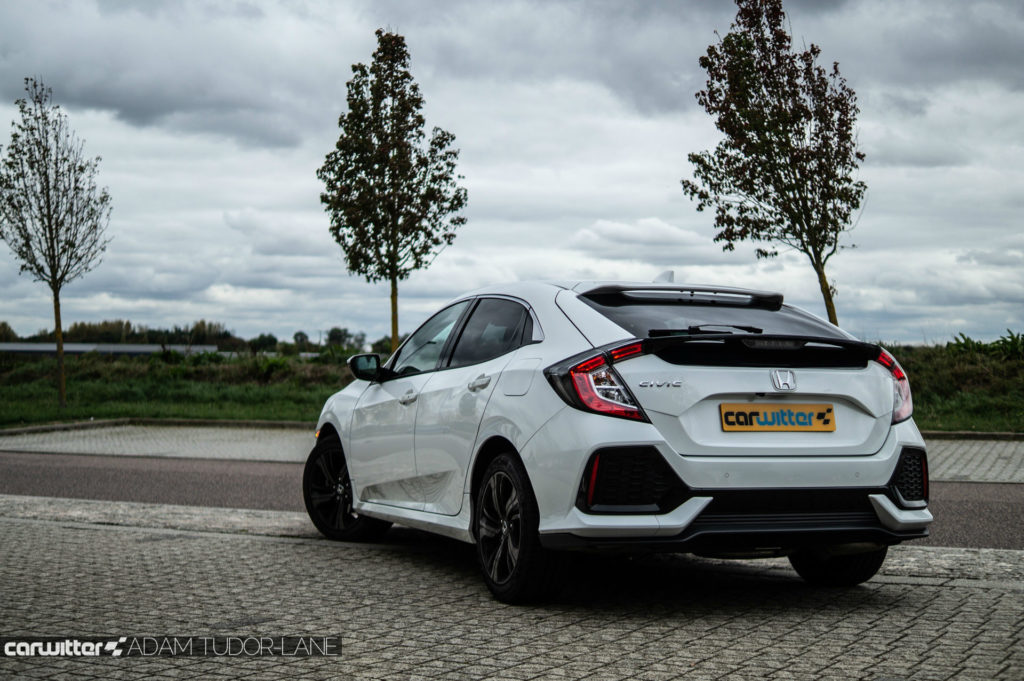 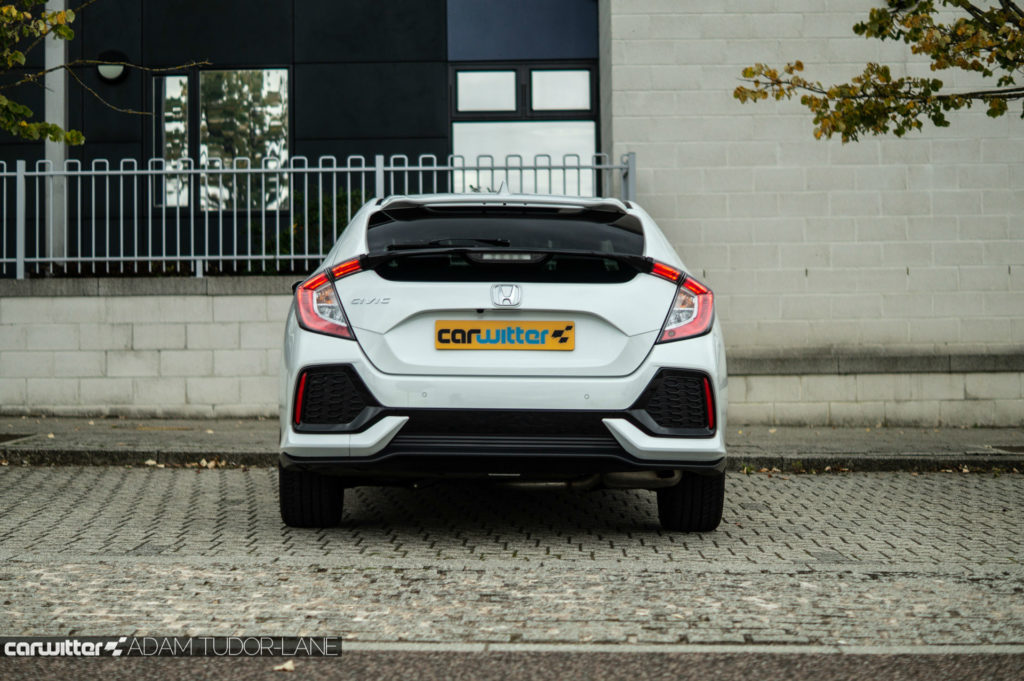 A lot of miles were covered whilst we had the frugal Civic, 777.9 miles to be specific. Over that distance we only managed 50.8 MPG, that’s a full 10 less than the last gen model.
We drove fully with the ‘ECON’ button pressed in, this limits acceleration in the mid-range and also switches the air con compressor on and off now and then to save fuel. 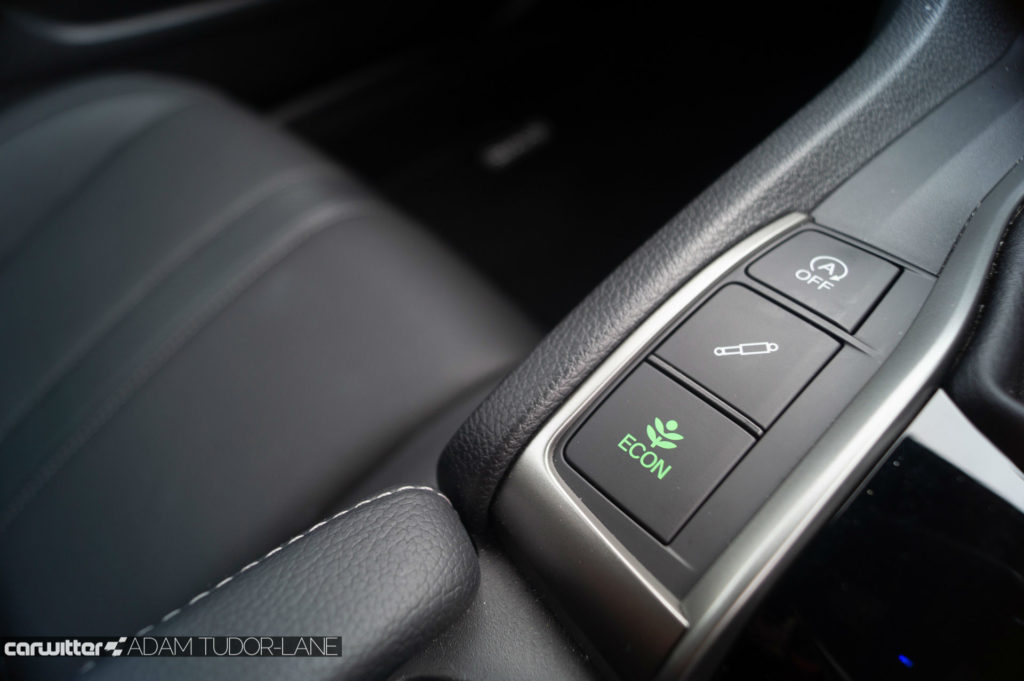 As with the old model we didn’t try to drive in an ‘ECO’ manner, we sat at and above motorway speeds for long slogs, in fact most of our driving (nearly 500 of those miles) were long A roads or motorways. The rest were made up of your typical town and B road driving.

Off the cuff I thought it was some sort of massive weight difference, but comparing the two cars there’s just a 33kg increase, or around 5 stone. That’s not massive, but it’s definitely a contributing factor. This Civ also sat on Continentals SportContact 6, rather than a purely low rolling resistance eco tyre.
The 1.6 engine has seen a raft of new updates, there’s now forged steel pistons instead of nice light aluminium ones, there’s also been a new turbo to help reduce lag (not that there was an issue before). 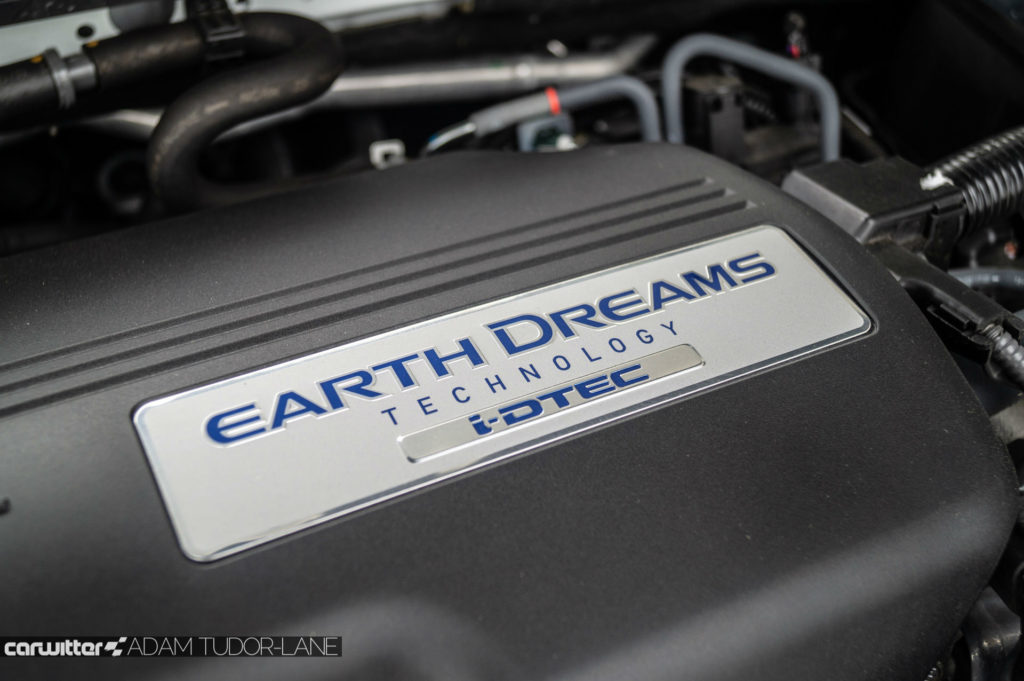 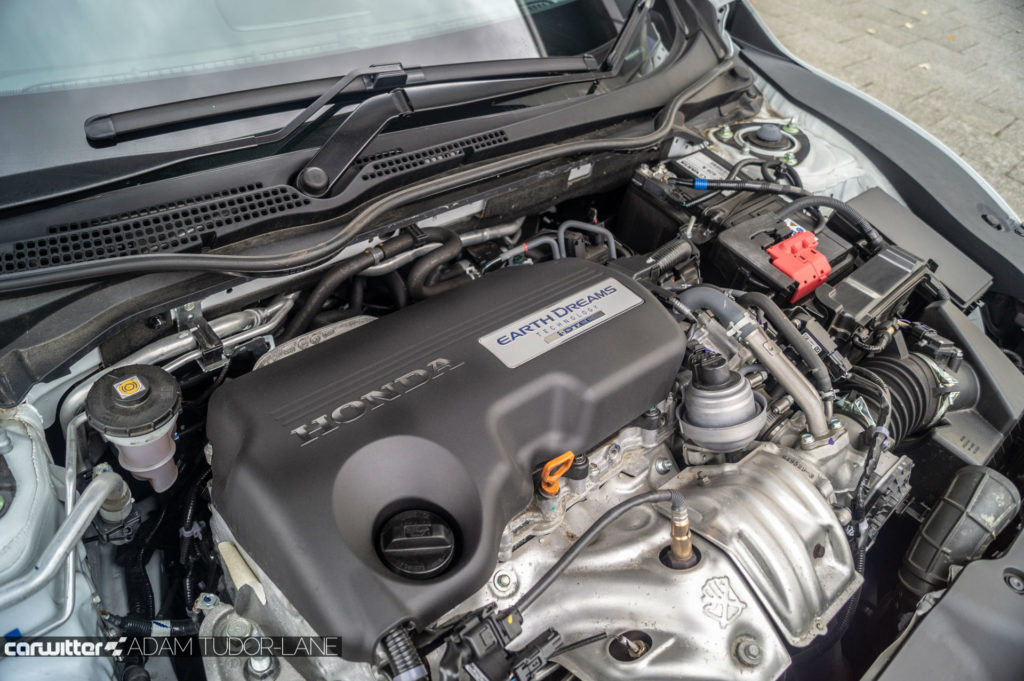 Gearing could quite possibly be different, as could the Honda’s aero. Whatever it is, the newer one certainly achieved drastically less MPG’s.

As ever the i-DTEC performed incredibly well. It only packs 118 BHP and 300 NM of torque but it pulls well in any gear and never seems as slow as the 10.2 0-62 time would have you believe.
EX benefits from the all-round adaptive damper system, it gives more stiffness in bends and firms up the ride ever so slightly. But you could easily live without it. 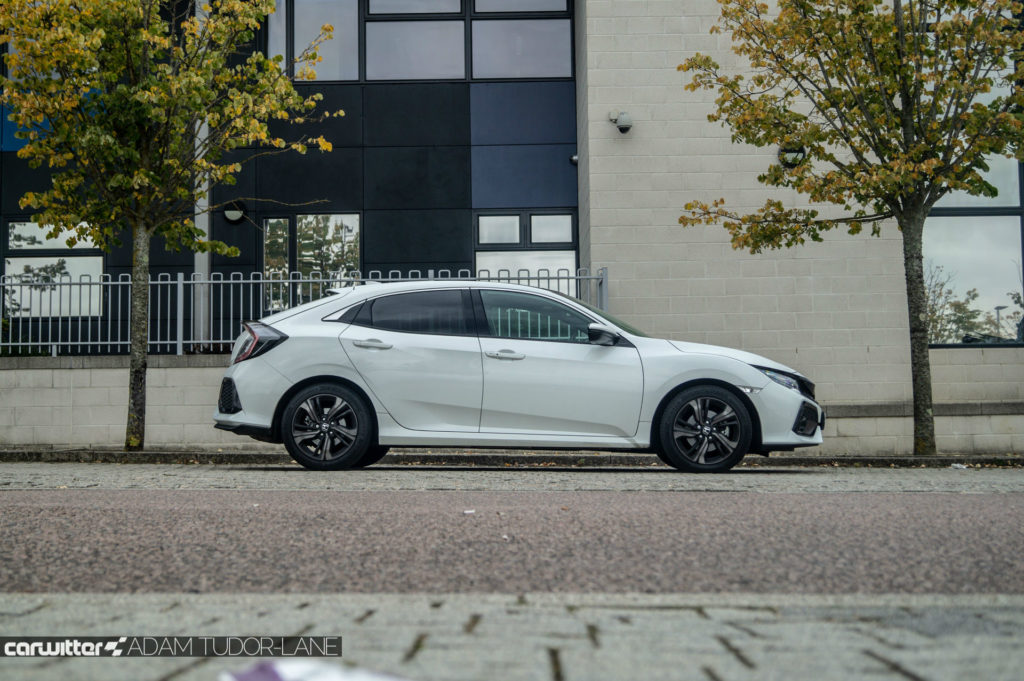 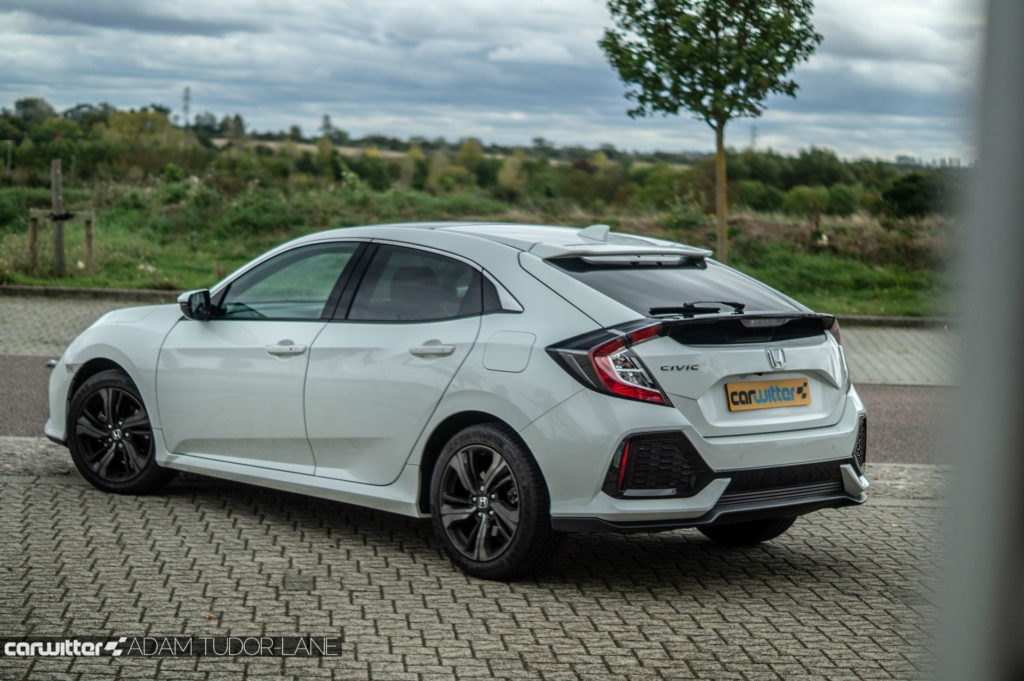 Ride is pretty comfy even on the 17 inch alloys, the Civic absorbs all but the worst of Britain’s lumpy roads with ease. Steering feel is…well absent, but you can still place the Honda easily enough, a lower centre of gravity helps to keep body roll to a minimum, the old one was rather more upright in profile.

Where the Civic really shines is cruising on motorways. It’s a sedate calm affair, and when coupled with the adaptive cruise control it makes those long old slogs a breeze. 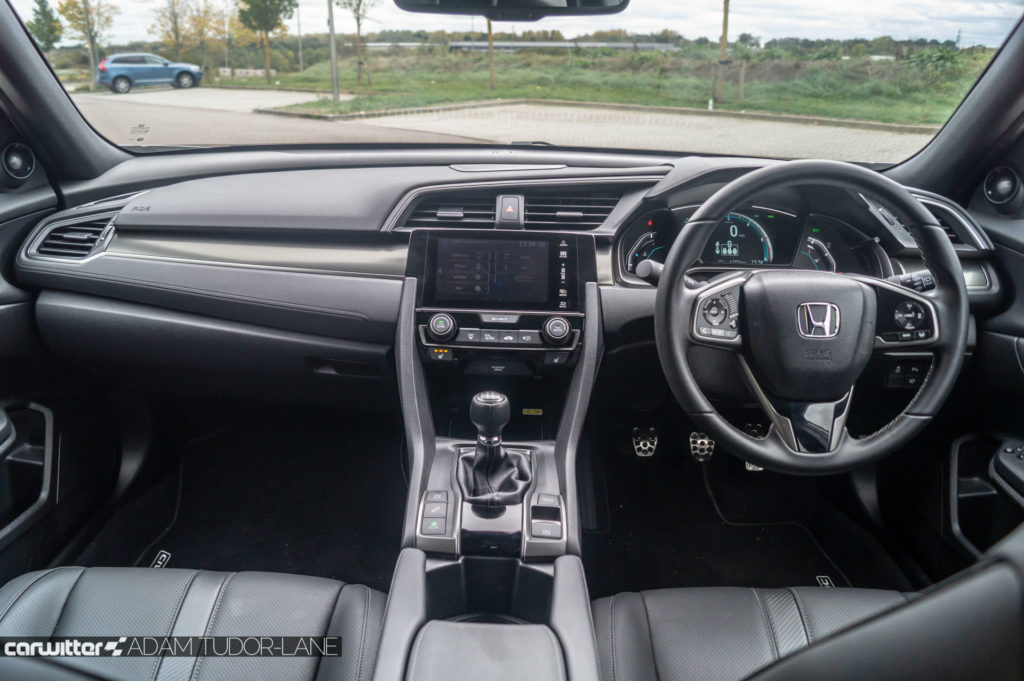 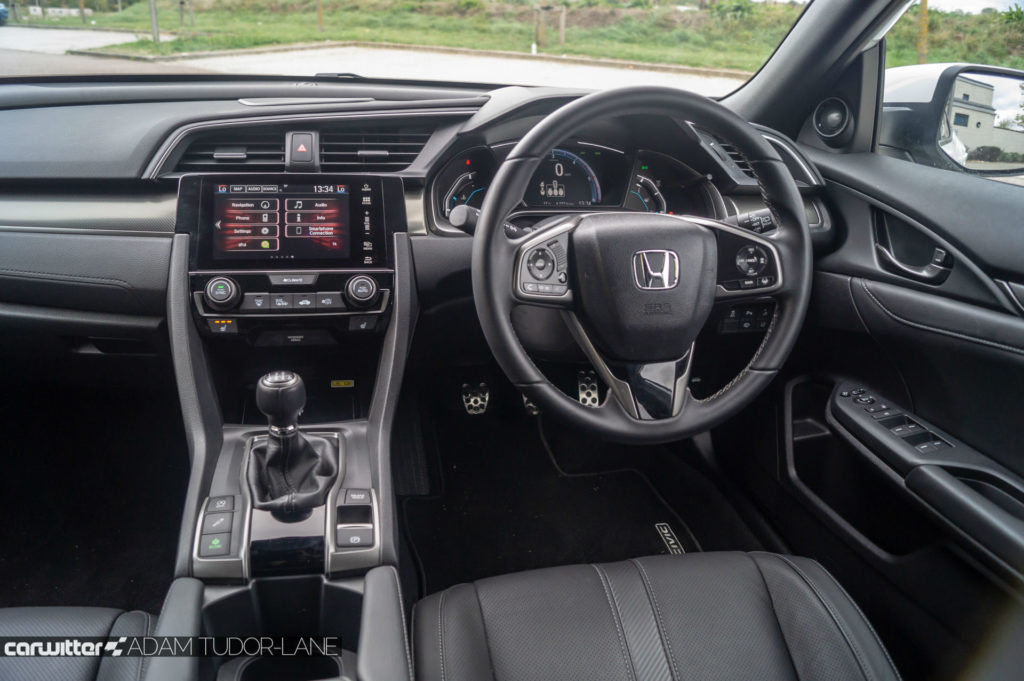 Inside you’ll find a smattering of various plastics, they’re all easy on the eye and feel well built. Thankfully the interior is less of a mish mash than the previous model, the android based infotainment still has a few menu quirks but it’s quick and makes sense once you know where to find things.
Some of the plastic buttons are a little cheap in feel, the ones on the steering wheel especially so. 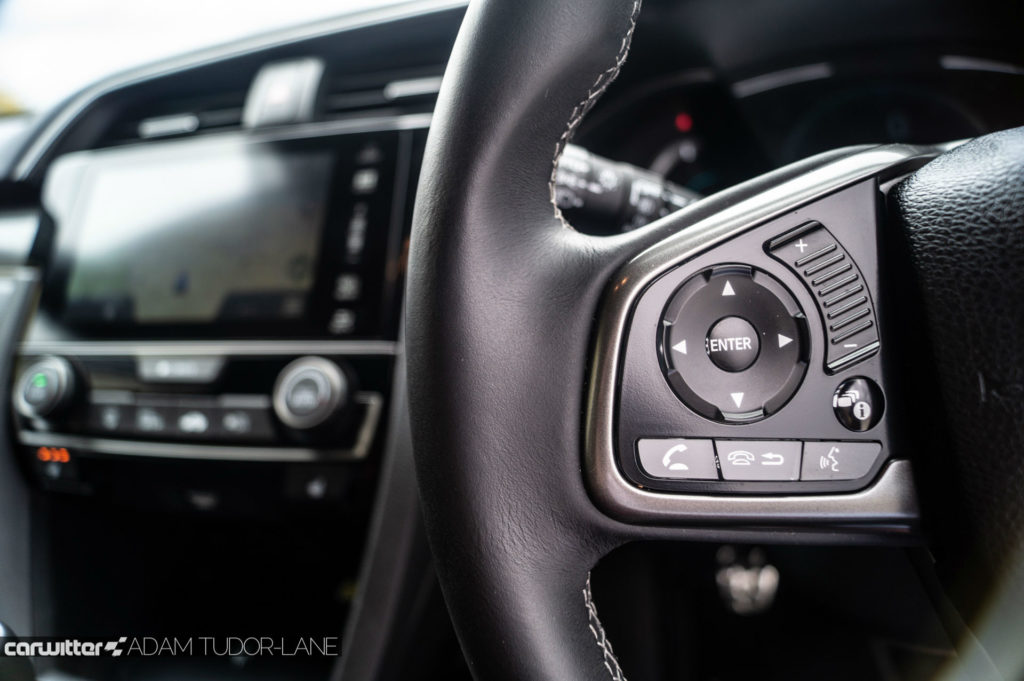 There’s also a Qi wireless charger along with a HDMI input and a 1.5 amp USB socket for charging. You can route your cables through the centre console via a nifty cut out.

Boot space measures in at 478 litres and comes with a roll up tonneau cover instead of a bulky parcel shelf. 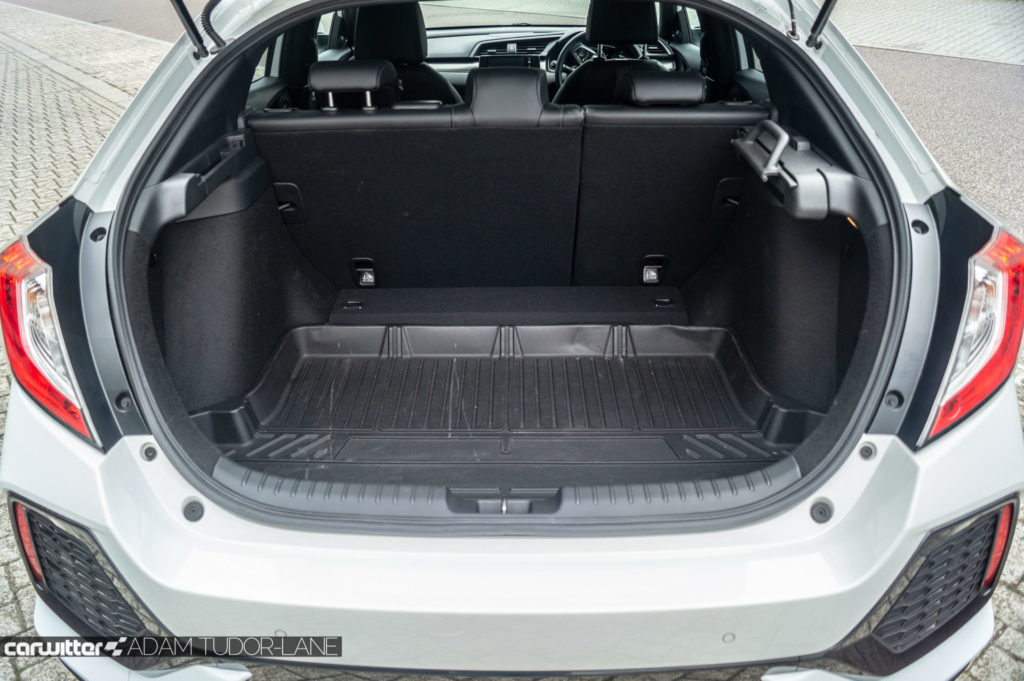 Comfy cruiser, decent boot space, less MPG’s than the old model. Which makes it hard to recommend, especially when the actual Urban figure is 78.5. We obtained 54.52% less than Honda’s stated number.

Hopefully the upcoming ‘real world’ tests will stop all this balderdash. 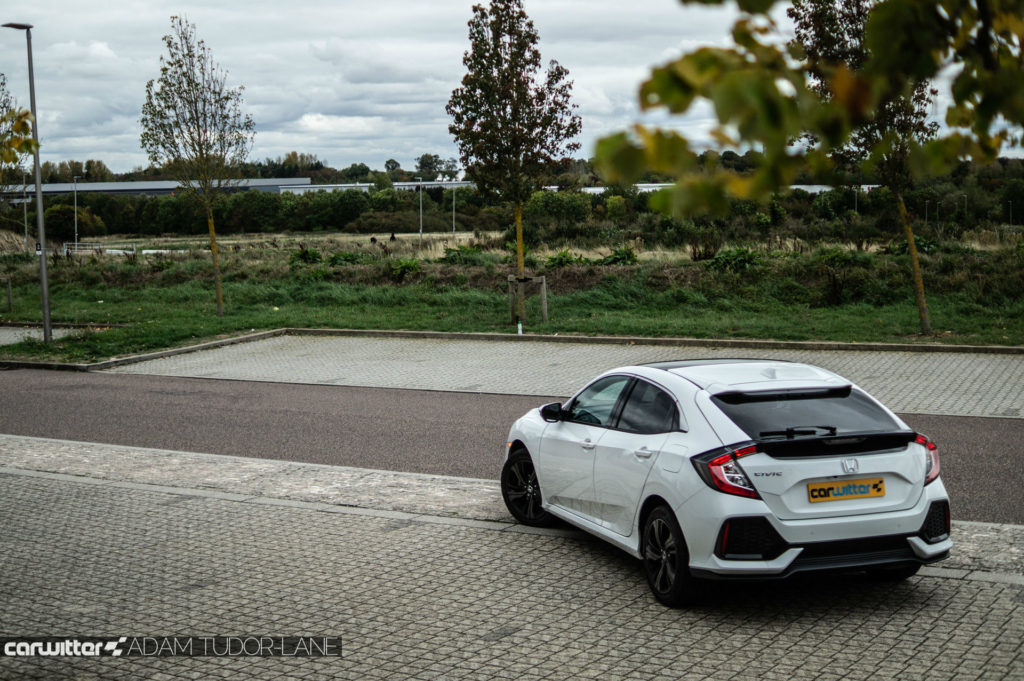 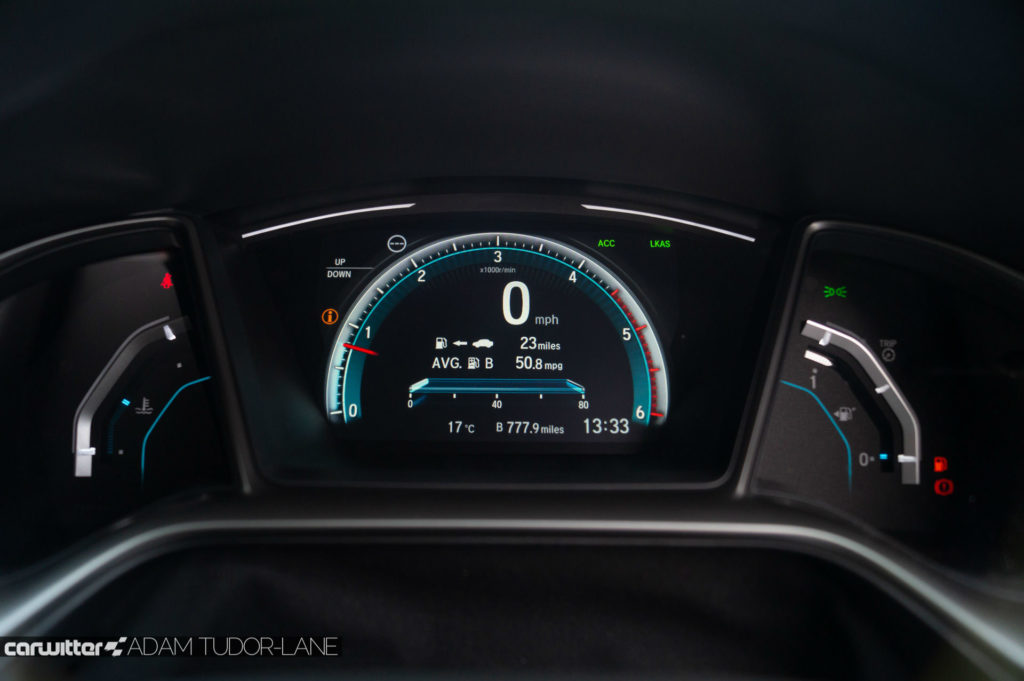 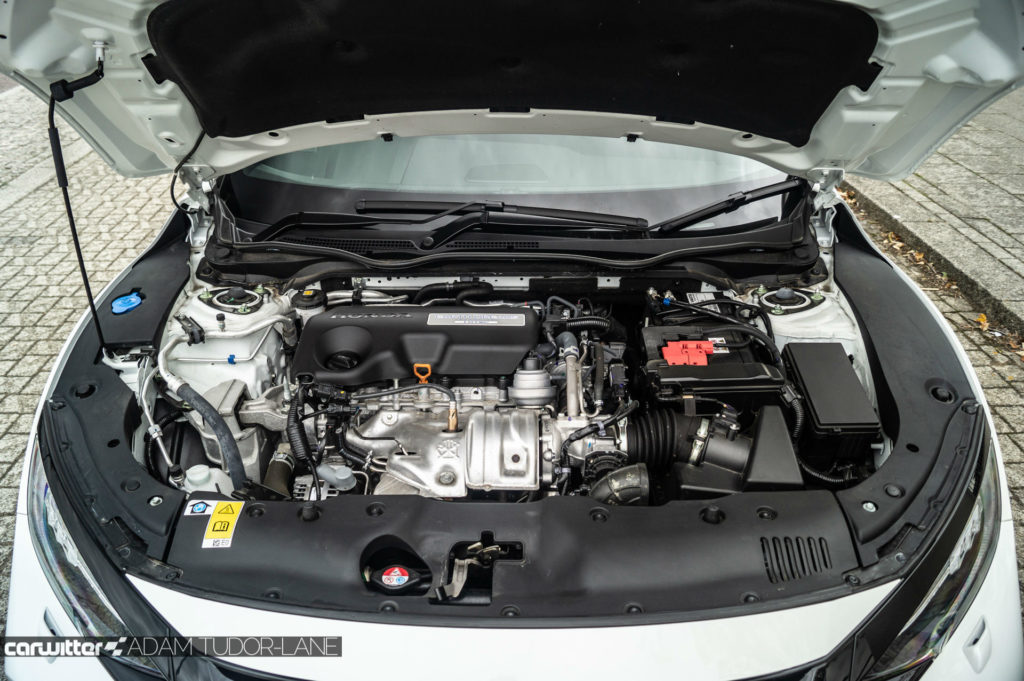 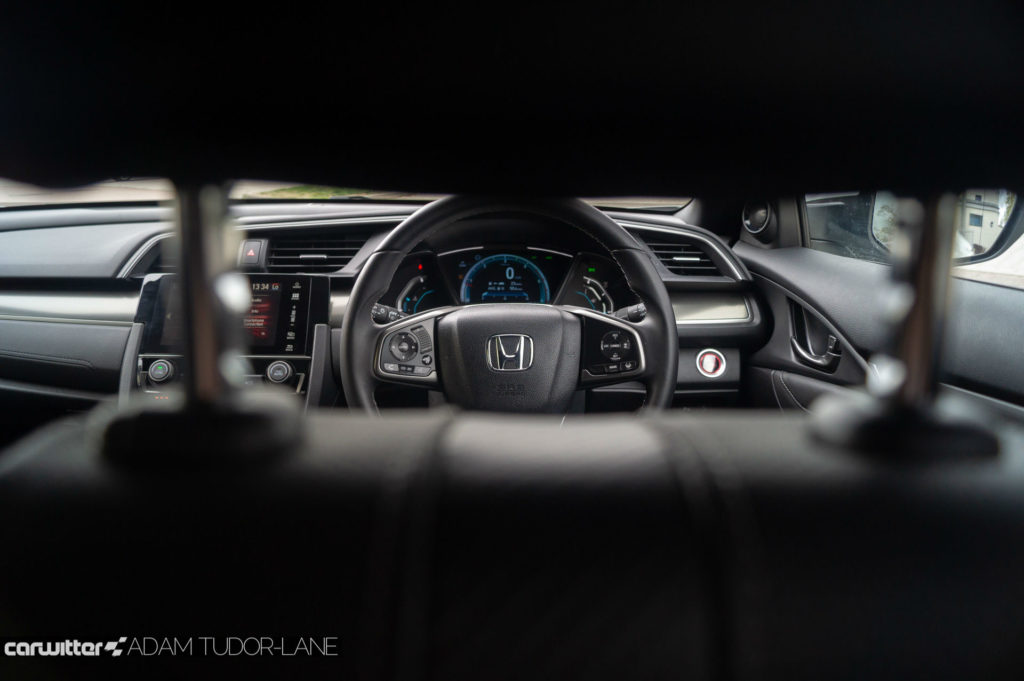 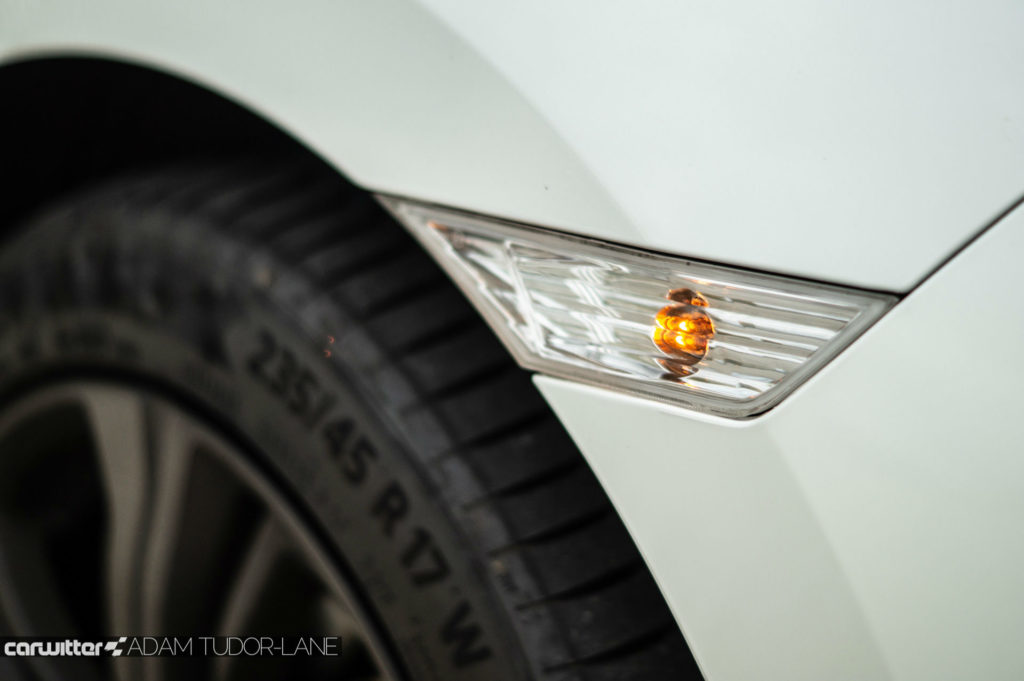 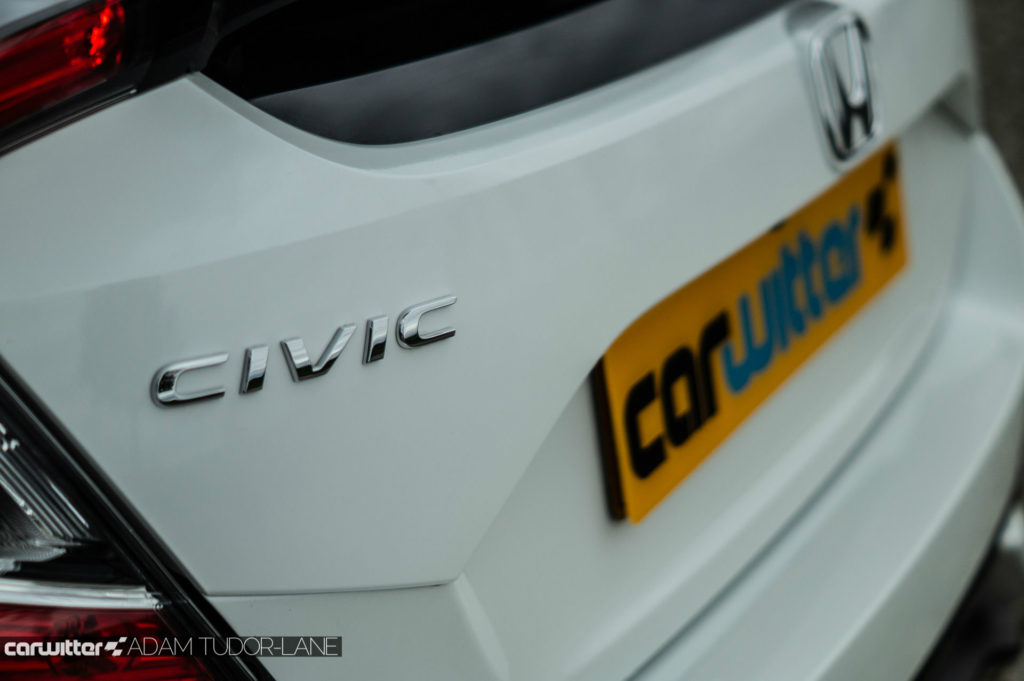 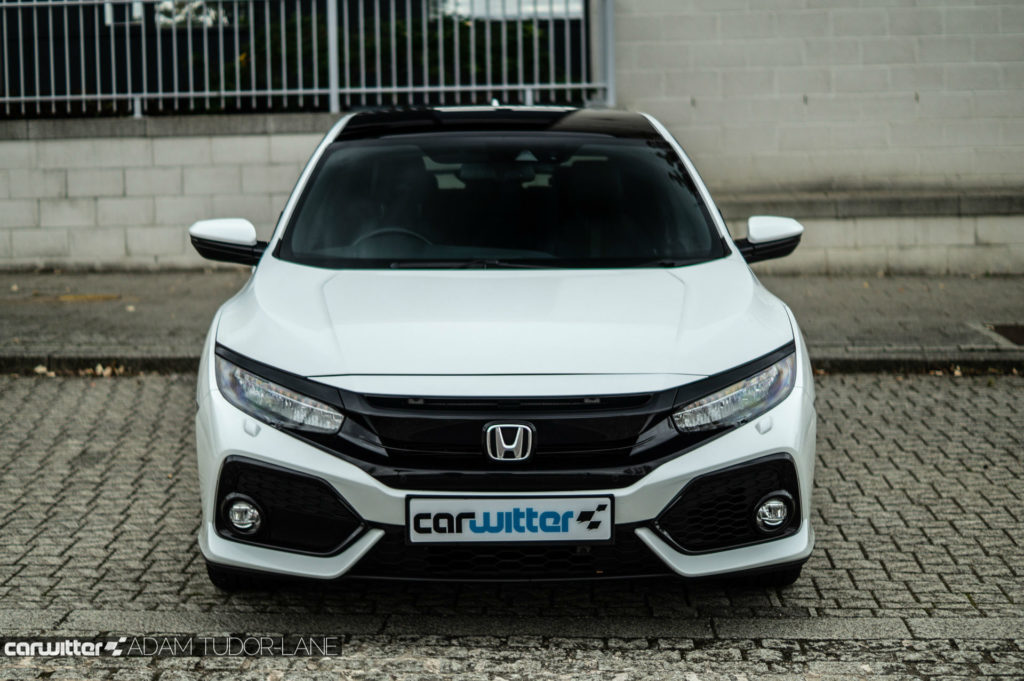 Inside the secret SEAT museum in Barcelona