Twitter is a wonderful platform, and through a chance Tweet with a moan about birds covering the RCZ in their waste, Specialised Covers got in touch.

Now I’ve always used car covers, not having a garage forces me to and as arguments go for and against covers, my preference has always been to protect the paintwork from some of the environment as best I can. To do so, you need a well-fitted car cover, the snugger, the better.

Finding car covers that are tailor-made to your vehicle is a whole ‘nother ball game. Most of my cars have made do with a generic ‘Halfords’ outdoor car cover, while they’re cheap and cheerful I wanted something better fitting for the RCZ R.

Sadly, there aren’t any suppliers for the R, so the best I could find was an RCZ tailored one from Cover Your Car. While it did the job the thing didn’t quite fit due to the spoiler on the R; I planned to use another car cover, cut the RCZ one and sew in another piece for the spoiler.

That never happened as the cover started to disintegrate after around nine months of summer use, in step Specialised Covers. 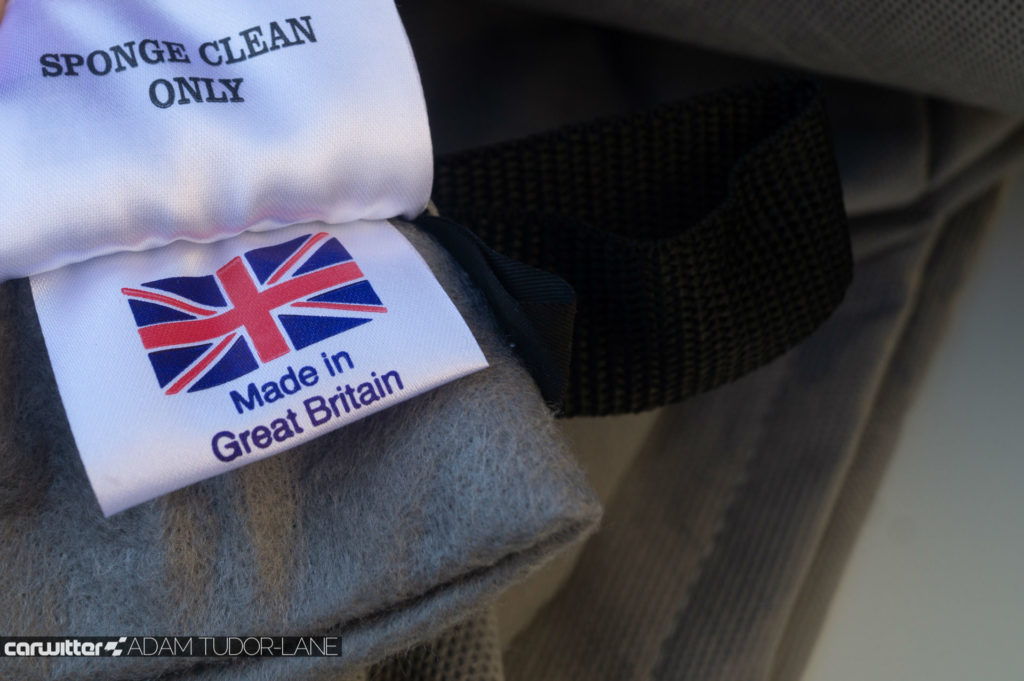 Specialised Covers make custom fitting car covers here in the UK. Based in Shipley they’ve been a family owned business since their inception in 1981, they supply some of the top manufacturers in the world, as well as many motor sport and Formula 1 teams. 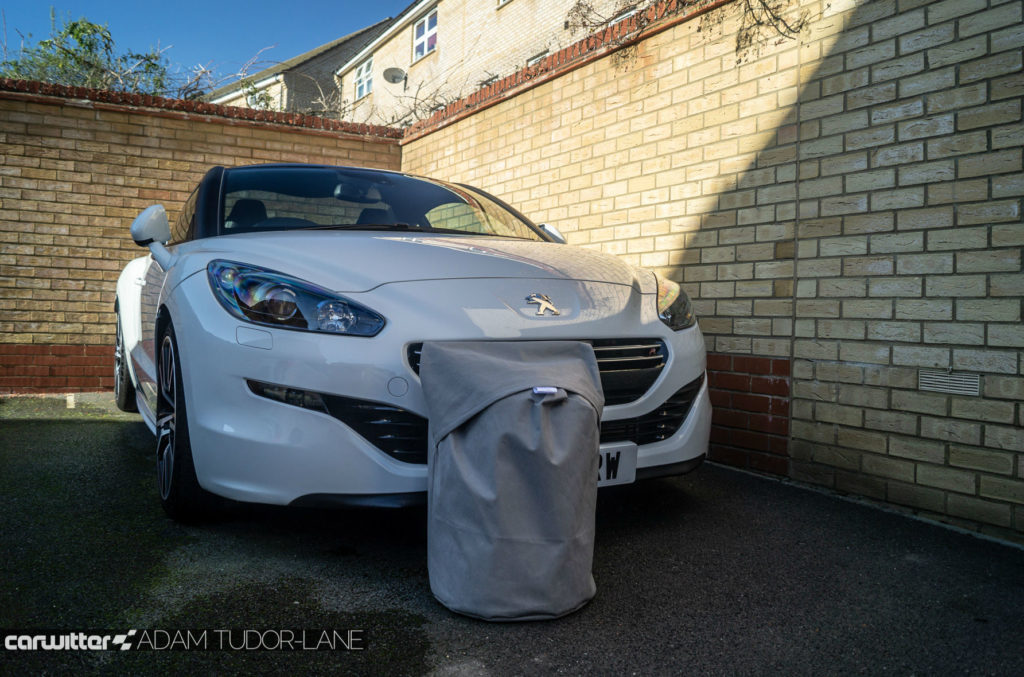 Specialised Covers use bespoke developed materials to provide the best protection for each use, whether that’s a soft indoor cover to their hardiest Stormshield+ version.

All of their covers are made to measure; they didn’t have an exact pattern for the RCZ R, so a week after first getting in touch two of the team stopped by (on their way to McLaren no less) for an hour to measure up.

Using calico for patterning, they taped the fabric down one side of the car, then marked out all the body lines, as well as cut and sew marks. This then gets scanned in, so a digital copy is created and stored on file. Currently, they have over 5,000 different patterns to choose from. 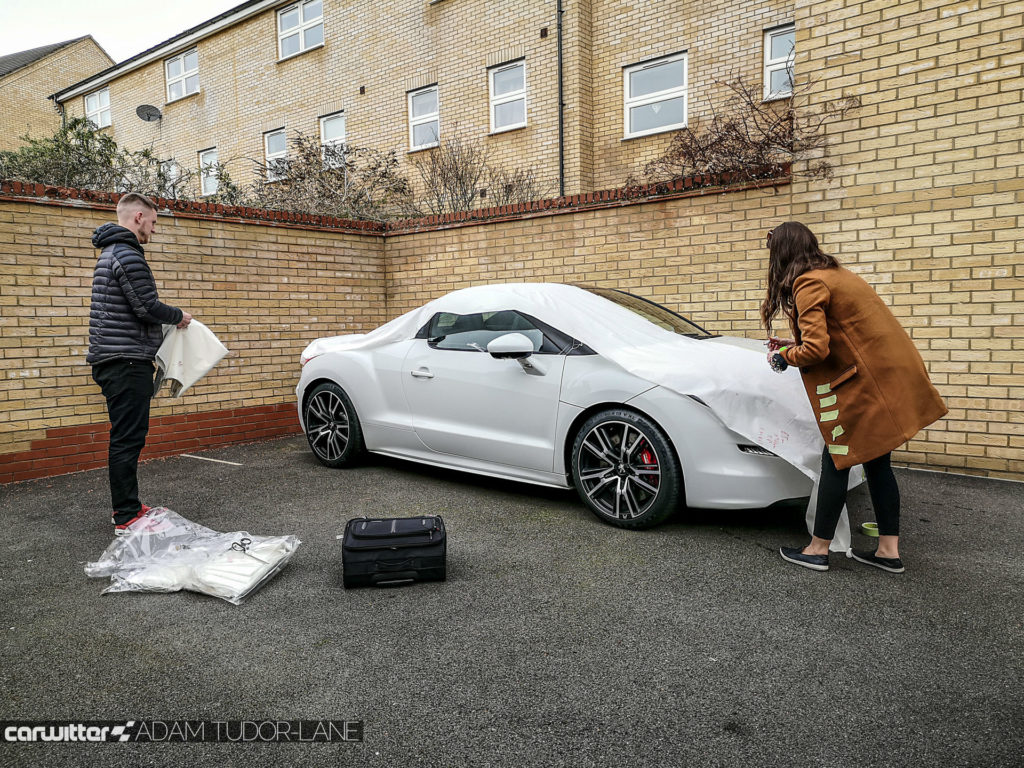 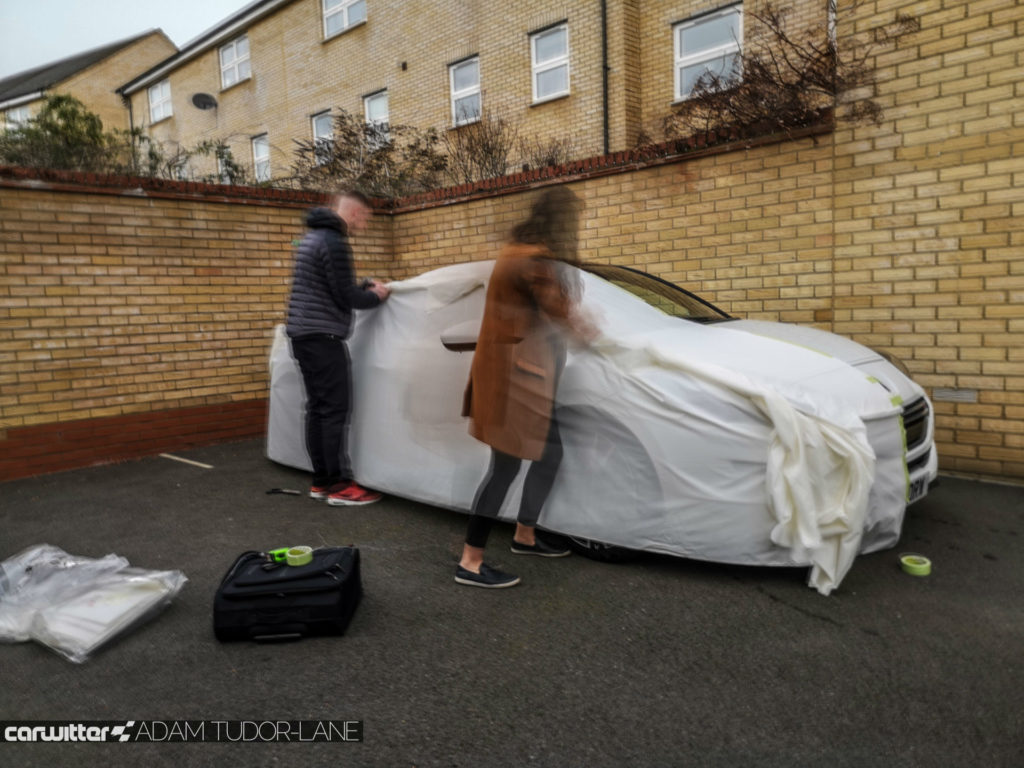 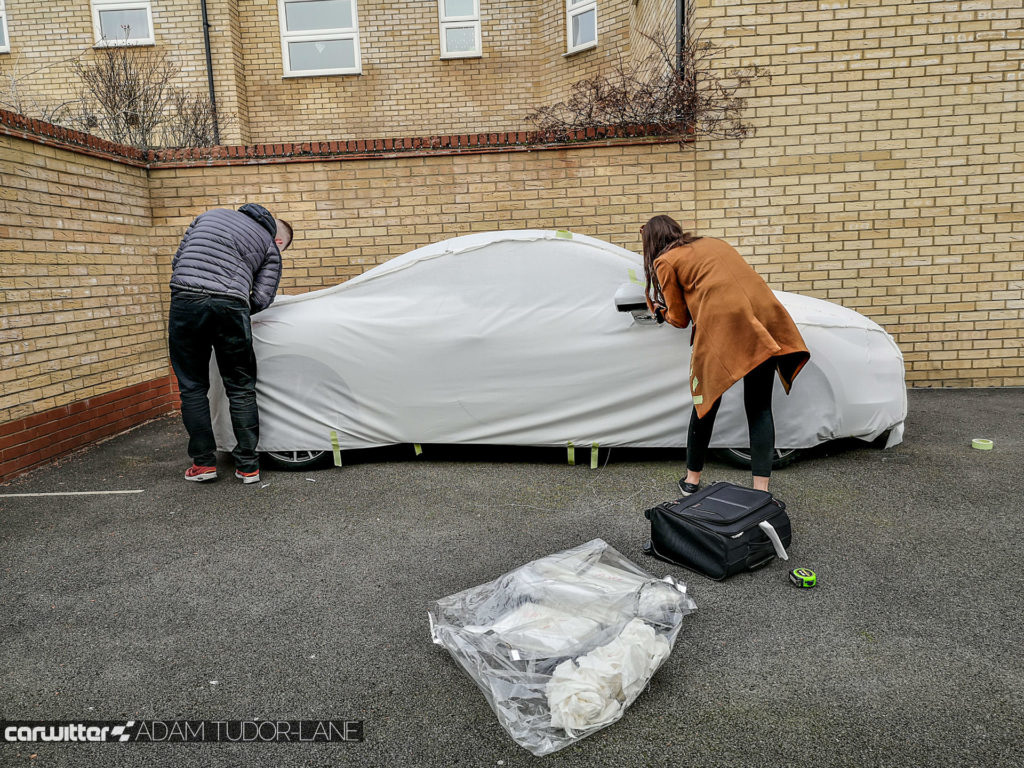 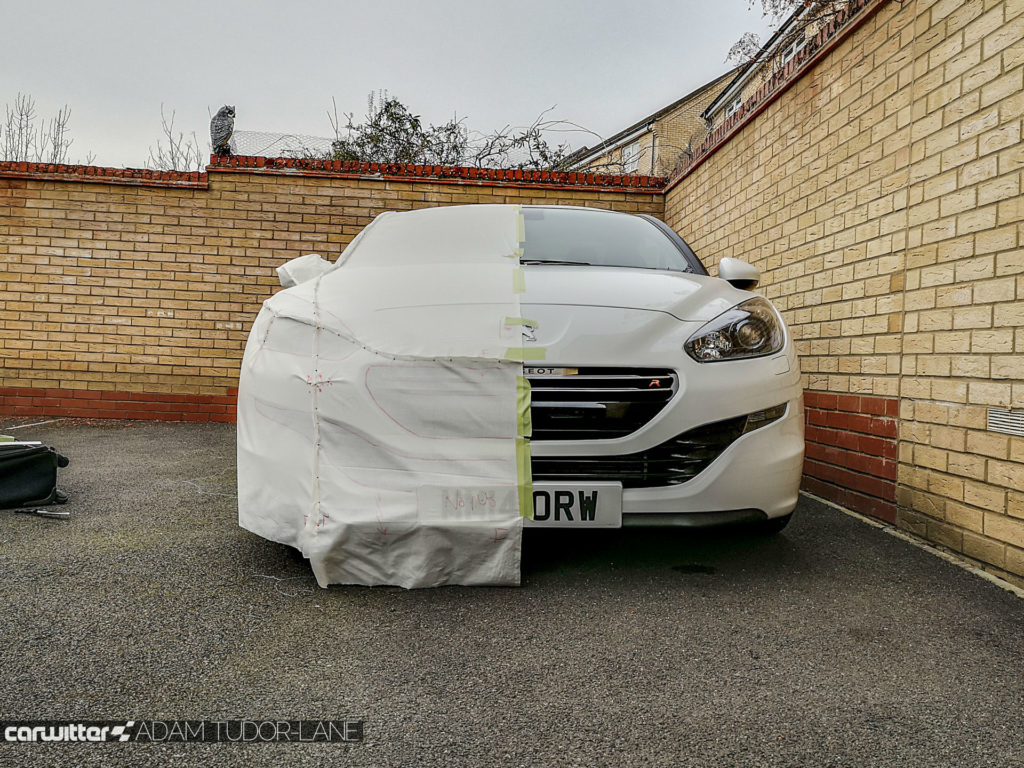 This wasn’t just a bespoke service for us either, if you order a cover and they don’t have the exact measurements they’ll try and work out a time when the team are near or passing by to come over and measure up. There’s no charge for this service unless you’re in desperate need of a cover and they have to come out especially.

It took just four weeks from the time of measuring to having the cover delivered. 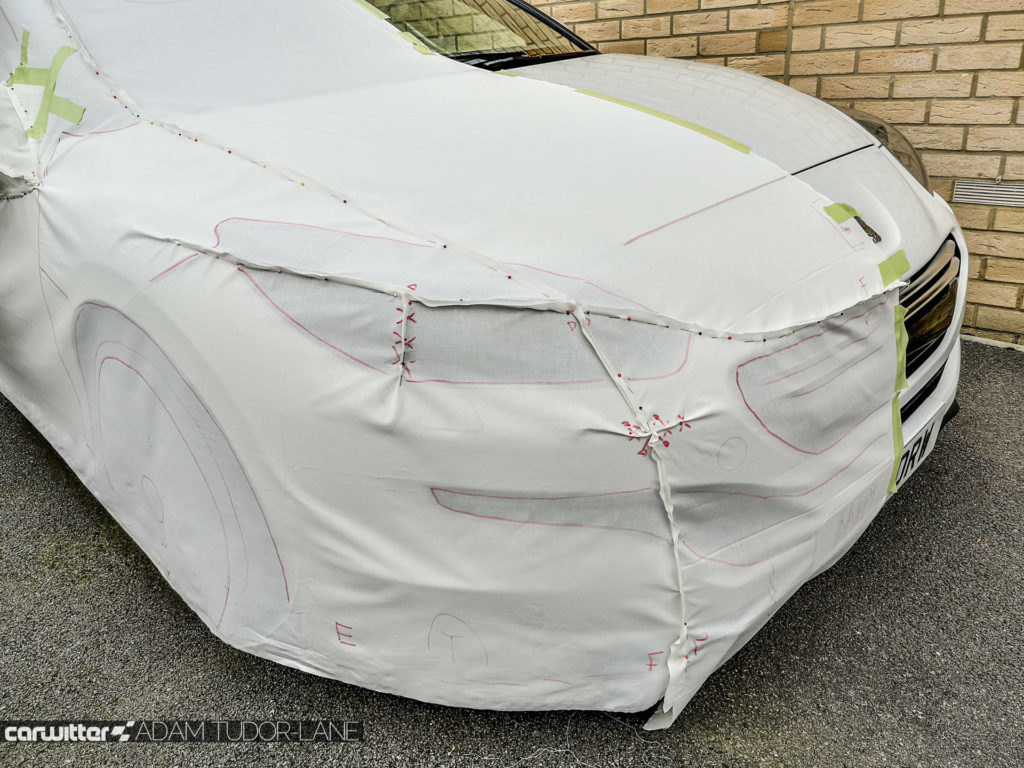 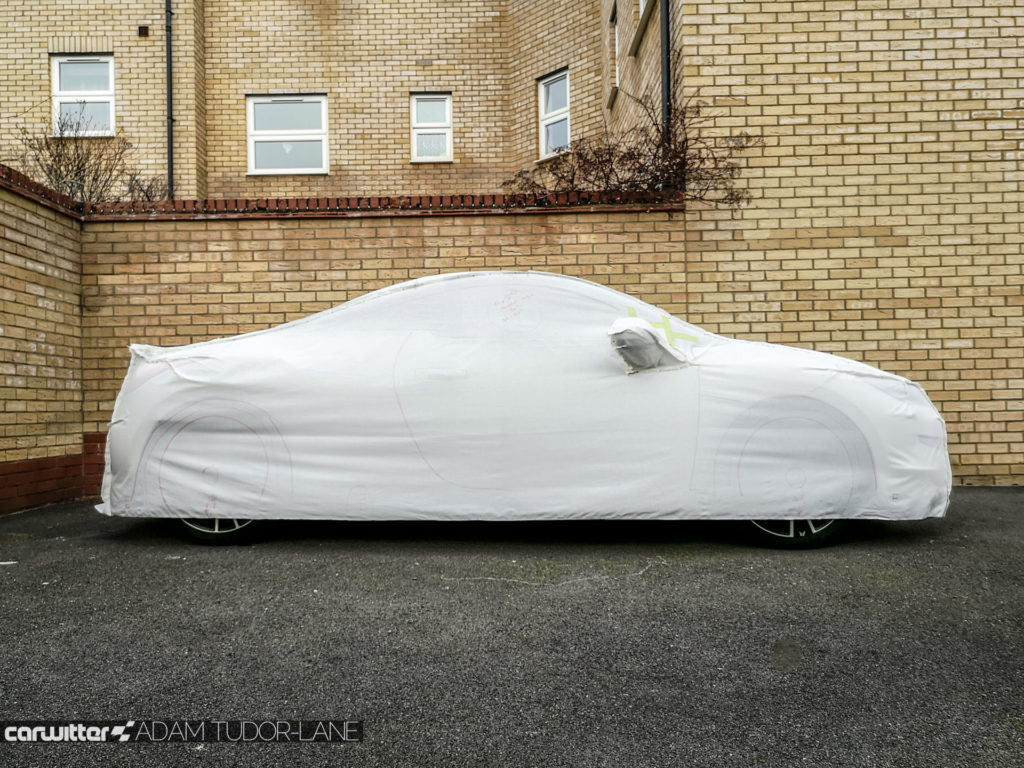 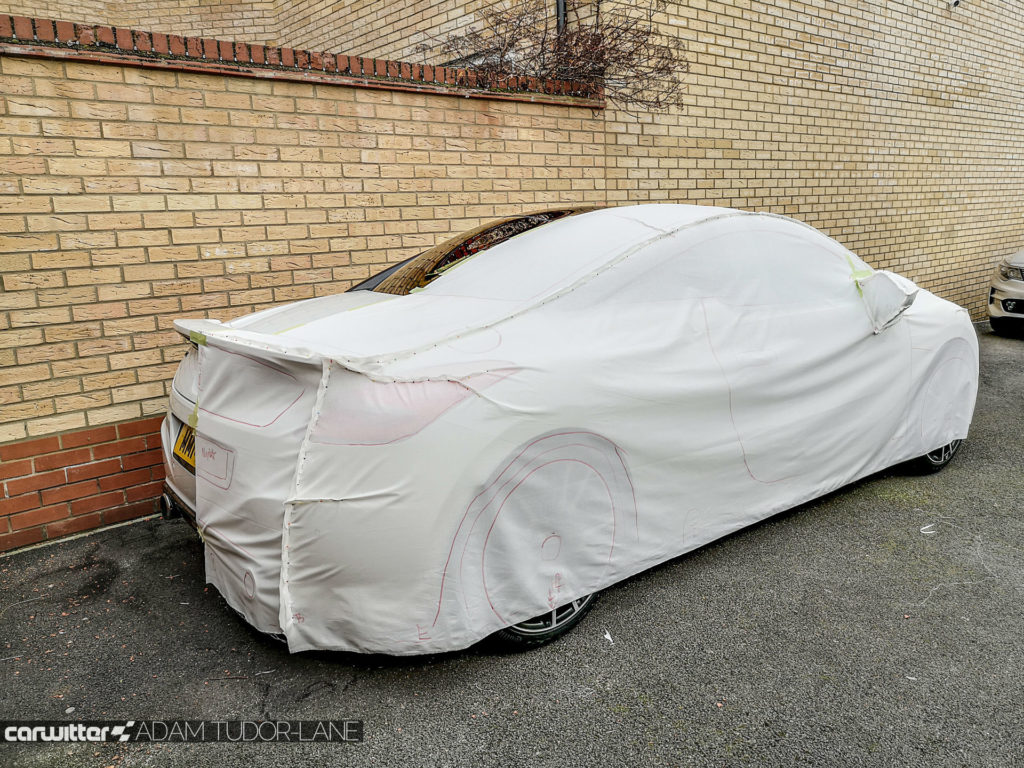 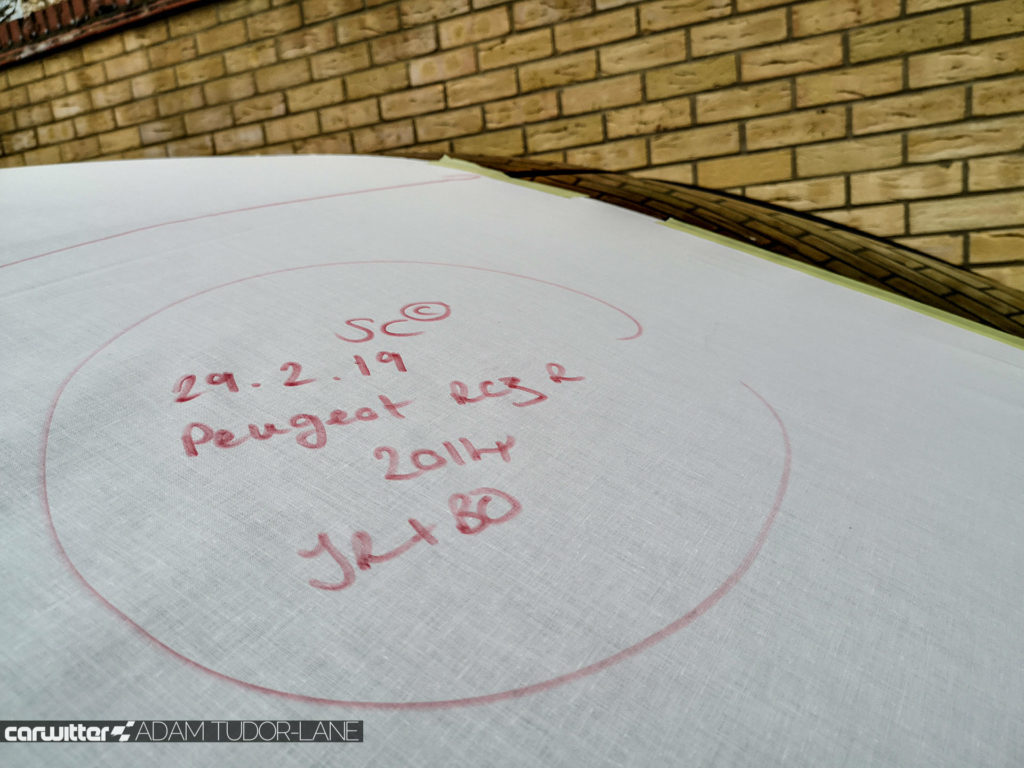 Awesome. Compared to the quality of the regular covers I’ve purchased in the past this one is so much thicker. Not only does it weigh a whole lot more when packed, but unfolding it for the first time, you can feel the quality of the material. It’s almost jean-like in its thickness, it may look like a regular, everyday car cover when it’s on, but it is of far higher quality. 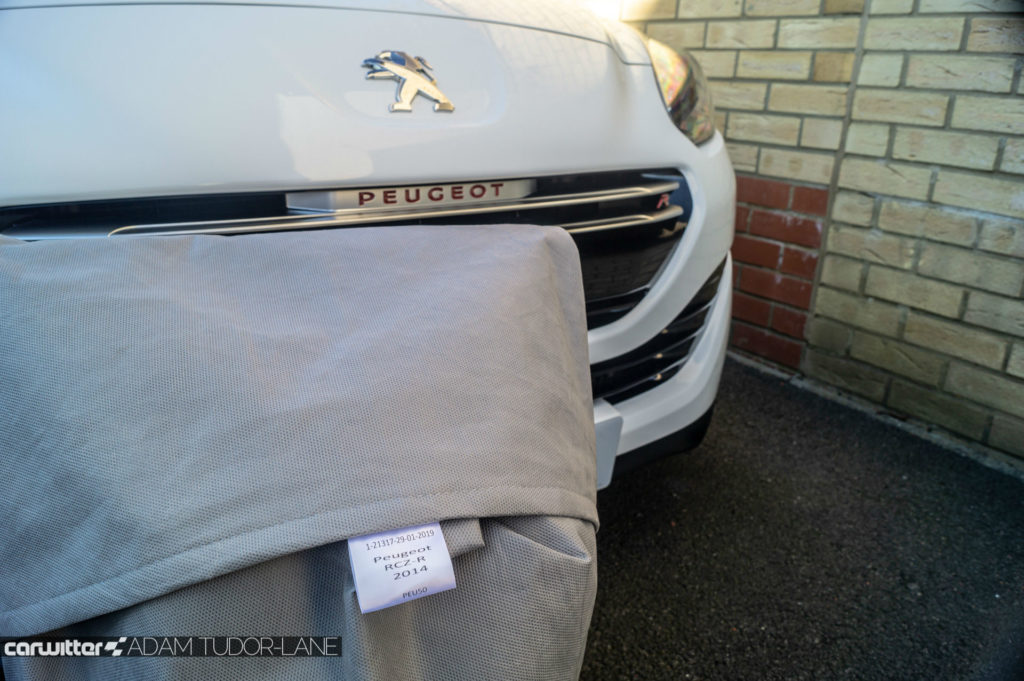 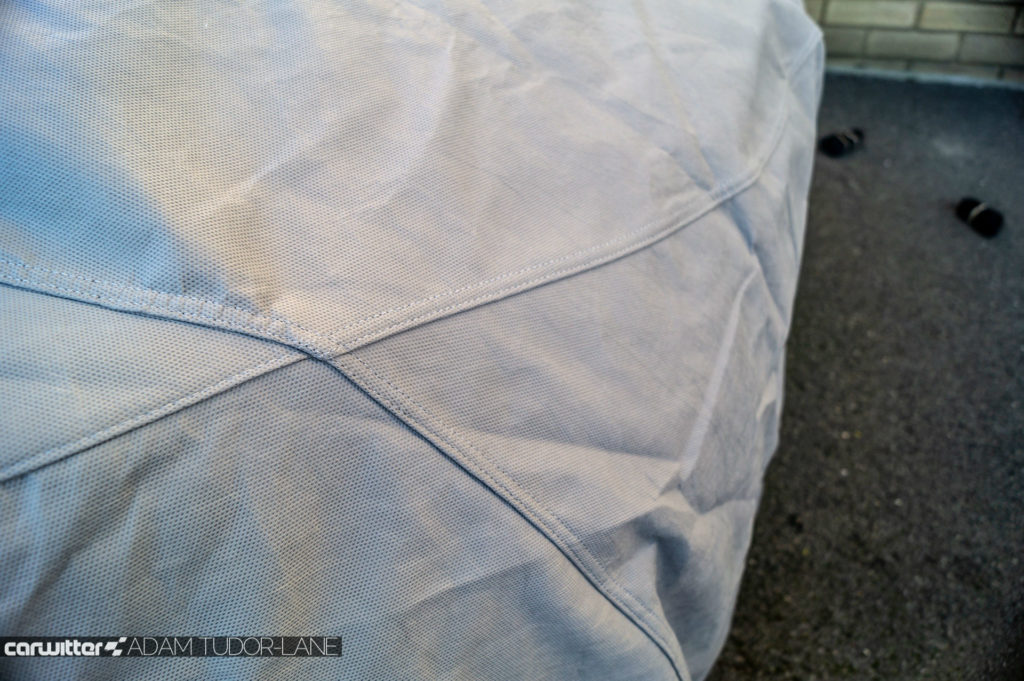 Another great thing is the straps it comes with. You usually get two, sometimes three straps if you’re lucky. Our Specialised Cover came with four, one at the back, two in the middle and one at the front. That means the cover stays snug even throughout the roughest of winds; which have been experienced in the last few weeks. 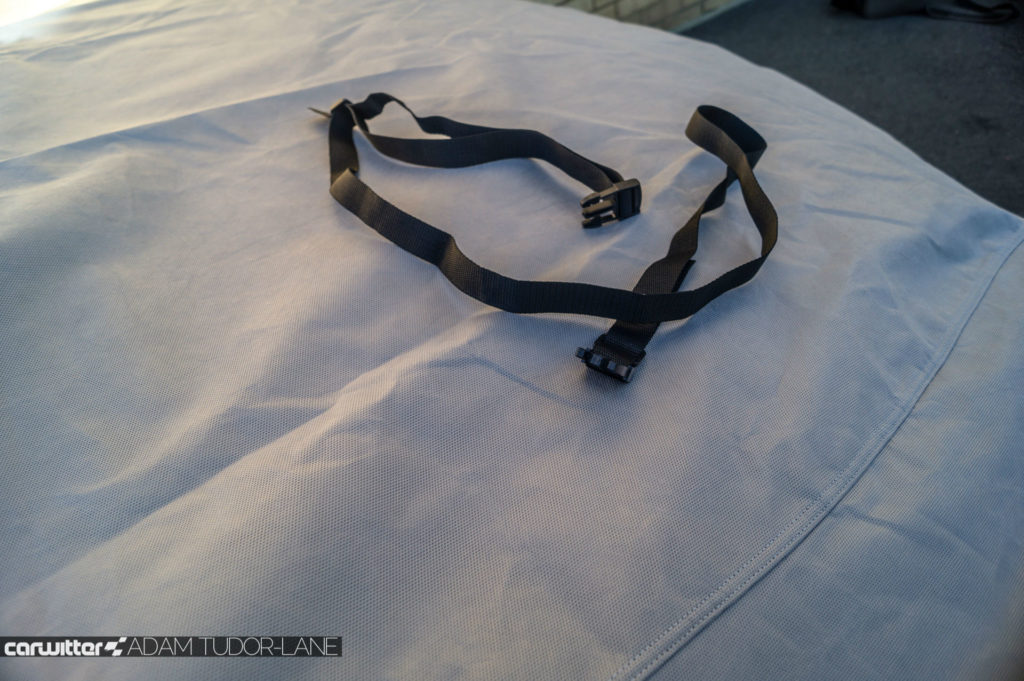 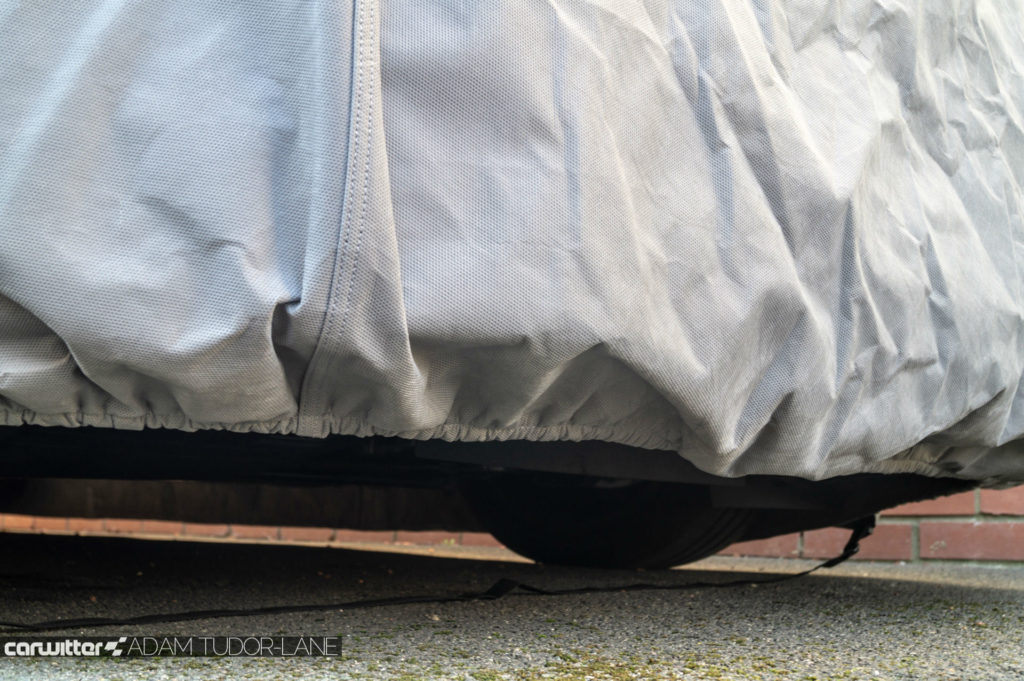 Also, the clips for the straps are external and sewn into the material. A small upside down U shape pocket is placed over it and sewn on, making sure the plastic clip is securely held in place and never comes near the bodywork of the RCZ. The front and back are also held in place with strong elastic

Finally, the length is superb, the cover comes within a few centimetres of the ground, nearly covering the tyres fully. This stops the wind from getting up under the cover and means the actual fabric goes underneath the bodywork wrapping round the car, so no dirt and grime get blown up against the paint.

The most worrying part for me was the rear, the small sticky-out spoiler was the bane of the last cover, but Specialised have done a superb job with all their measurements, I shouldn’t have worried.

Currently, they are the only supplier to have a fully patterned, accurate fitting car cover for the Peugeot RCZ R 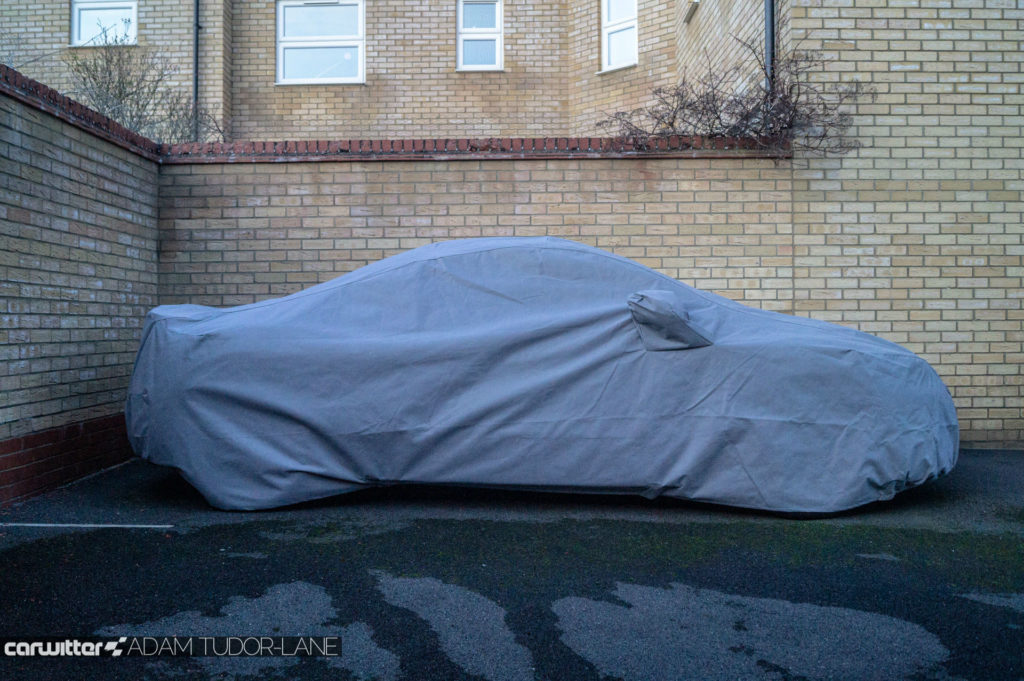 Specialised Covers sell direct via their website, they also make covers for bikes, caravans, motorhomes and pretty much anything else you could want covering.

If you love your car, don’t have the luxury of a garage and want to protect it then a Specialised Cover is well worth the investment. Outdoor Stormshield versions start at £199, while the Stormshield+ we went for costs from £299. They also make a range of indoor covers which start from £199. 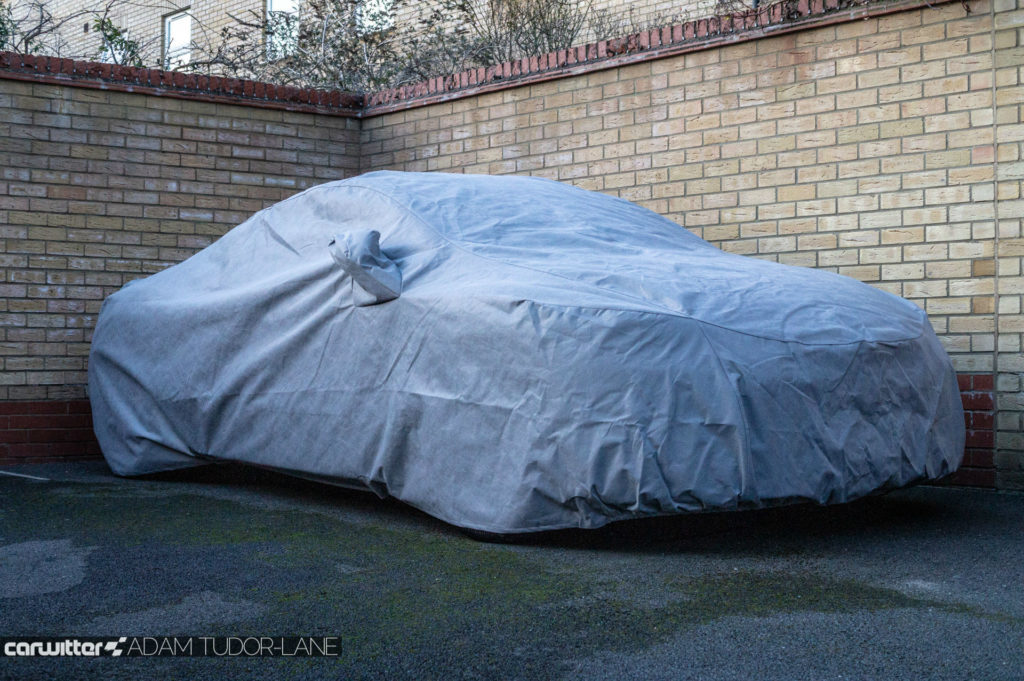 A Big Year Is On The Horizon For Sebastien Vettel