2015 marked the 25th anniversary of the first running of the now annual “Classic” and was set to be the biggest and best yet.

Unfortunately the weather had other plans and most of the three day action took place in (very at times) wet conditions, that failed to dampen the spirits of the 100,000 estimated fans who enjoyed the action on and off the track over the course of the weekend. 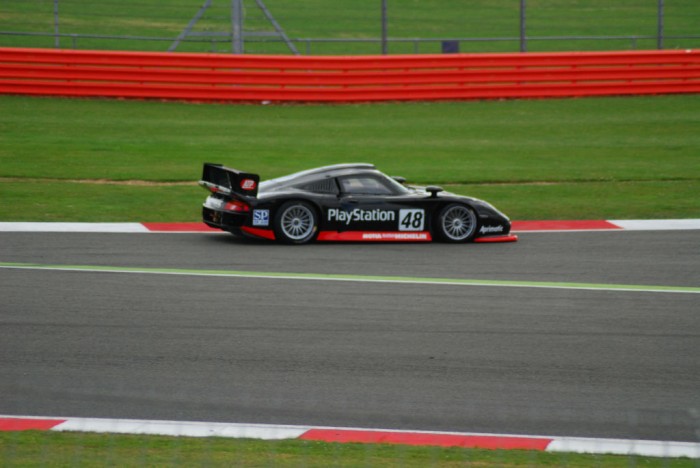 With as much going on off track as on track it’s easy to see why the organisers tag the Classic with the line: One Day Is Not Enough – they are certainly right, Saturday I spent most of the day (in bright sunshine fortuitously) exploring the infield and seeing just what else was going on as hundreds of thousands of pounds worth of classic race machinery barked at me from the circuit. 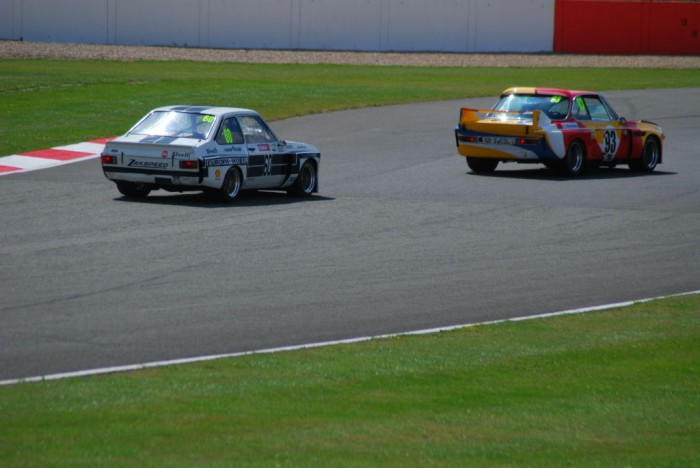 Open paddocks, car clubs and static displays aside the families were well catered for with a free funfair, shopping village, go karting, mini quads/karting for the smaller children.

A “Wall of Death” motor cycle display, a rock specific radio station and complimentary buses moving the spectators around the facility with ease, and the Friday/Saturday concerts – again all free with hot air balloon fly-out and a pyrotechnic air display on the Saturday, the latter had to be seen to be fully appreciated! 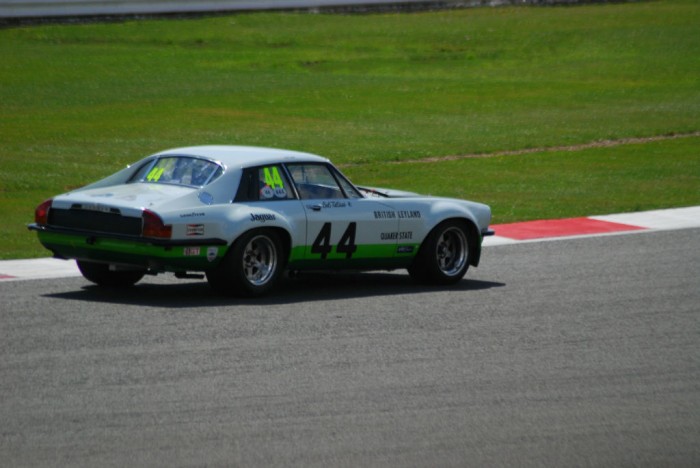 For most however it was all about the racing, the cars and some of the drivers racing the cars. With 20+ races and sessions on track there was always going to be something for everyone but for me the picks were the Historic FIA F1, the 90s Group C beasts, The International Trophy for Classic GTs (featuring possibly the loudest Aston Martin – a DP214 – I have ever heard) and, of course the Super Touring Cars. 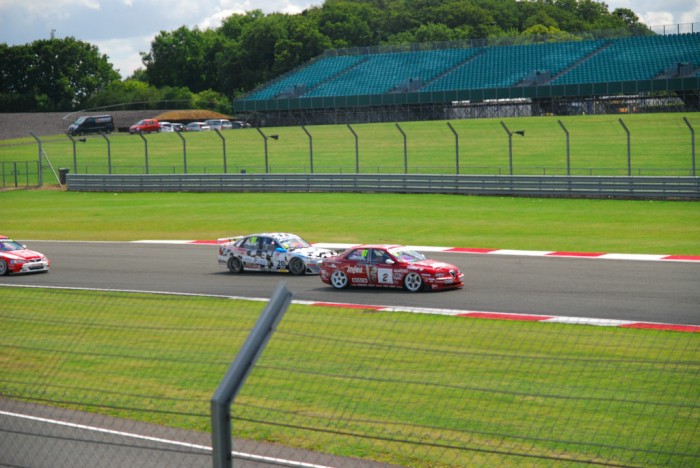 Much like last month’s Festival of Speed this was always going to attract a number of professional drivers and BTCC stars took full advantage of trying out some older machinery. Honda Yuasa Racing’s driver pairing of Matt Neal and Gordon Shedden were in action in the team’s own Lotus Cortina in the Warwick Banks Trophy for Under 2 Litre Touring Cars on the Saturday morning, which saw the “Dynamics duo victorious, finishing around 15 seconds ahead of former British GT champion and BTCC race winner Mike – father of Andy – Jordan. 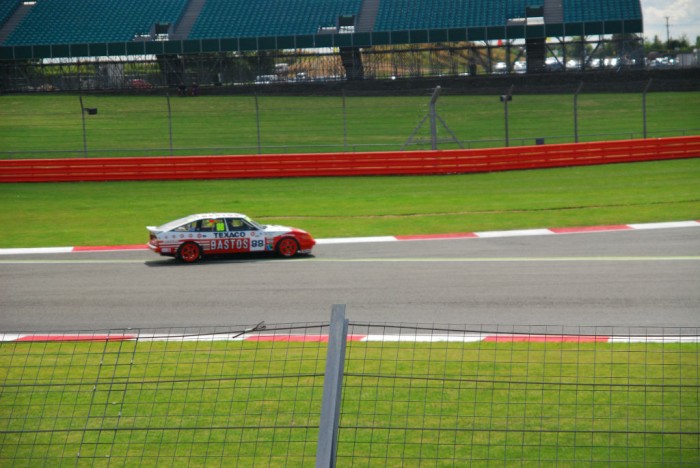 In the Historic F1, former LMP2 ace Sam Hancock was in action in a Fittipaldi Cosworth and scored a pair of second place finishes behind historic racing ace Martin Stretton running in a Tyrrell 12. 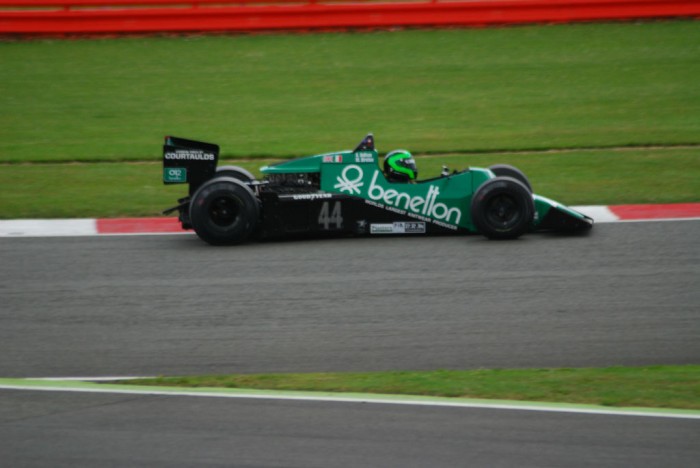 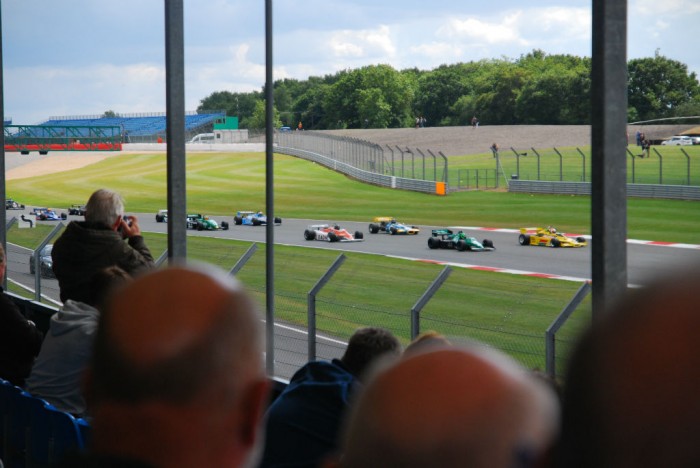 Stretton would also compete in the FIA Historic Sports Cars but had to settle for 3rd in his Lola T70 behind victor Martin O’Connell in a Chevron B19 and the pairing of Richard Meaden and Marino Franchitti in a similar Lola. Former WTCC Champion Rob Huff finished 7th in his Lola despite starting from pole. 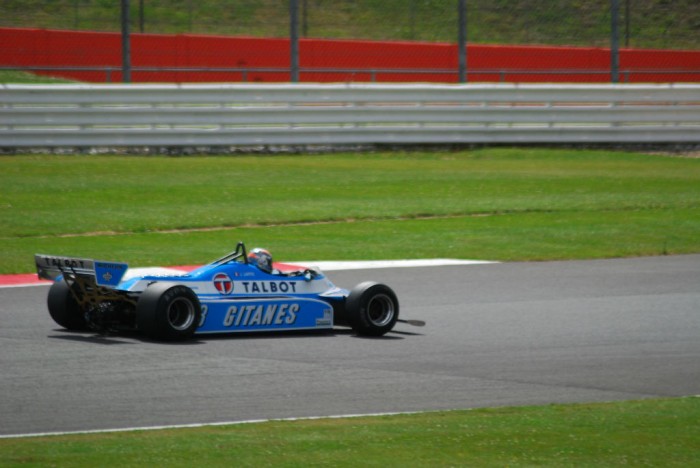 1992 BTCC Champion and ITV4 commentator Tim Harvey had a very busy weekend taking in drives in the International Trophy for Classic GT Cars Pre 1966 (along with Matt Neal racing his own Sunbeam Alpine Le Mans) in a Bizarrini 5300 GT, finishing 6th, the Maserati Trophy for HGPCA Pre ’66 Grand Prix Cars where he scored two outright victories in an ex Bruce Mclaren Cooper, and the Super Touring Car races which saw 2 dnfs and less than 3 racing laps in an M3 BMW. 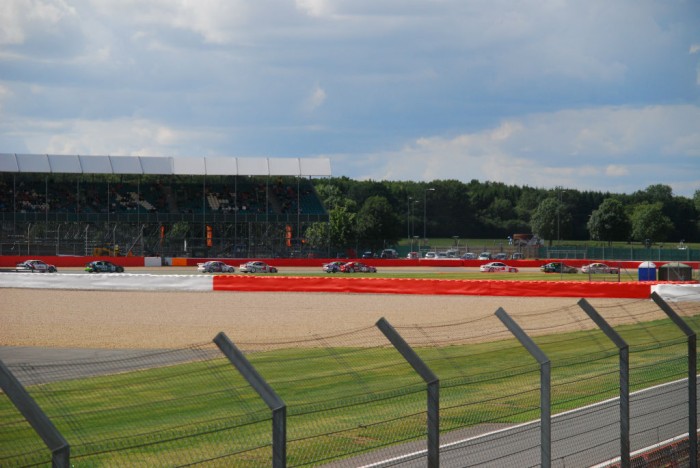 The Super Touring races would be some of the best received over the weekend however, Former BTCC race Winner Frank Wrathall took the first victory in the mad Audi 80 Quattro ahead of series regulars James & Grahame Dodd, split by Stewart Whyte in 3rd. Patrick Watts bought his Peugeot home 7th while Adam Morgan took the still-born Mazda 323 touring car for a blast finishing 17th.

The big draw for this event was that both John Cleland and Steve Soper would be starting causing viewers of a certain age to fantasise about a 1992-all-over-again scenario! However it was not to be as Soper retired on the 2nd lap with Cleland ending up 13th.

The second Touring Car race would see a depleted grid thanks to the rain, with Stewart Whyte taking victory in his Honda Accord ahead of Patrick Watts, Clio Cup stalwart Paul Rivett would get a taste of BTCC machinery finishing 5th and winning his class, also in an Accord. 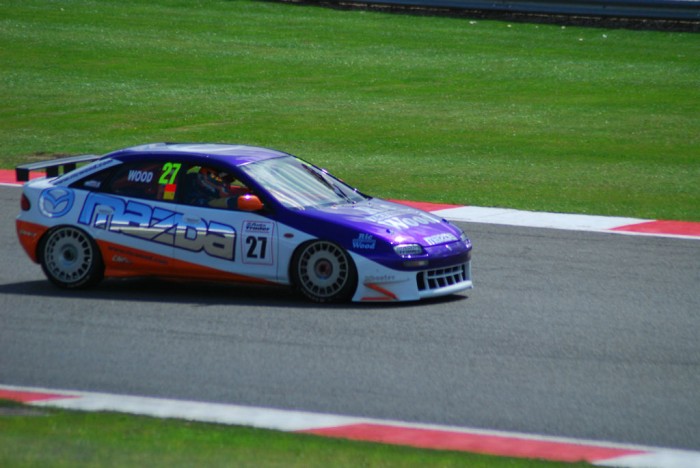 The Group C races would also prove to be a popular draw but, as with the Touring Cars before hand the weather forced many to withdraw, not wishing to risk their race cars on an unpredictable surface.

Saturdays race saw a fantastic battle in the twilight between Nissan and Jaguar, with the Purple XJR14 heading the bright yellow R90 – both cars spitting flames in the braking areas making a spectacular scene as the 1st days racing drew to a close. 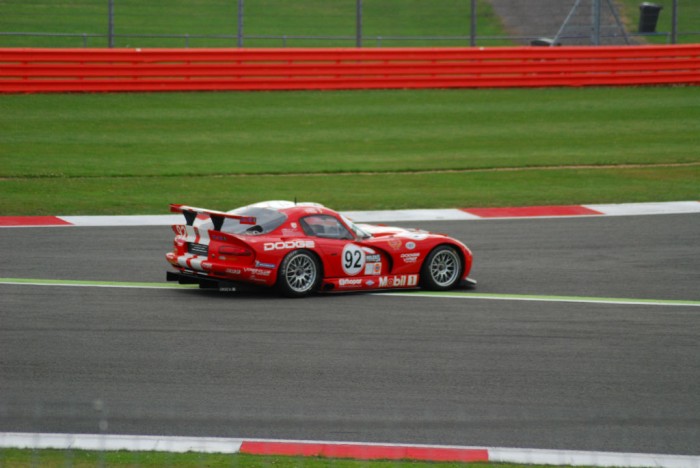 The other big story of the weekend was the auction of classic cars, race cars and automotive memorabilia; I was in the room to see a De Tomaso Pantera sell for more than the value of my house! However, one person does deserve a mention. Justin Maeers.

He attended the Thursday evening auction for the “free beer” and left £200,000 lighter and the owner of a Cooper Monaco. Not content with just purchasing the car he raced it at the event following a failure on the car he was due to race!

In short the Silverstone Classic is definitely turning into one of the must attend events on my annual calendar.