Following the debut of the hardtop GTB at Geneva in March and with the order books bulging, Ferrari have wasted little time in taking the top off its new 488 Supercar. 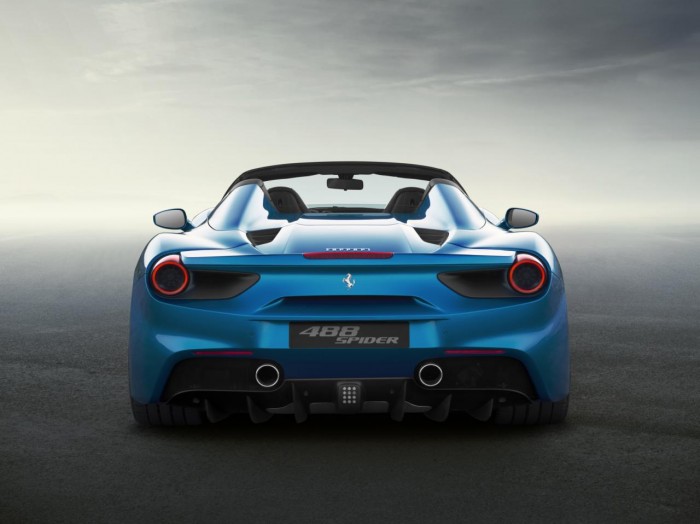 The result is as predictable as it sounds: a flippin’ tin lidded 488 whose silhouette is mightily similar to that of the 458 Spider that it supersedes. 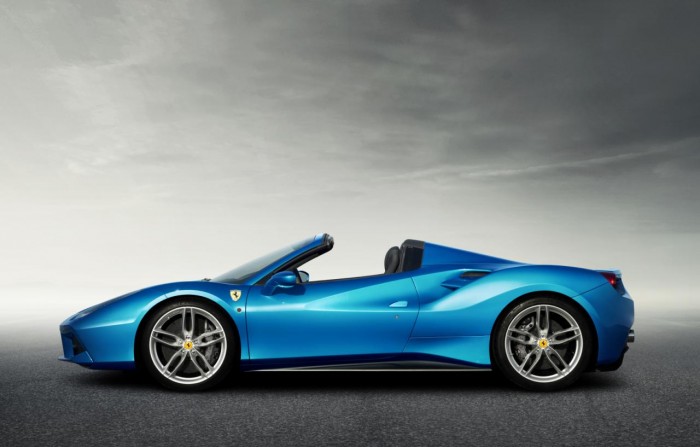 The roof chop adds an extra dimension of elegance to the refreshing overhaul in the design transition from 458 to 488. The side intakes which appeared somewhat clumsily applied on the coupe, divide the spiders profile nicely with the roof down. The non ventilated 458 looked somewhat tall in profile with the buttresses seeming to tower atop the car.

The deep turquoise blue hue in which the car was revealed (in addition to the interesting blue interior accenting) is a nice alternative to the rather over used Rosso pallet that Ferrari often rolls out their latest models in. 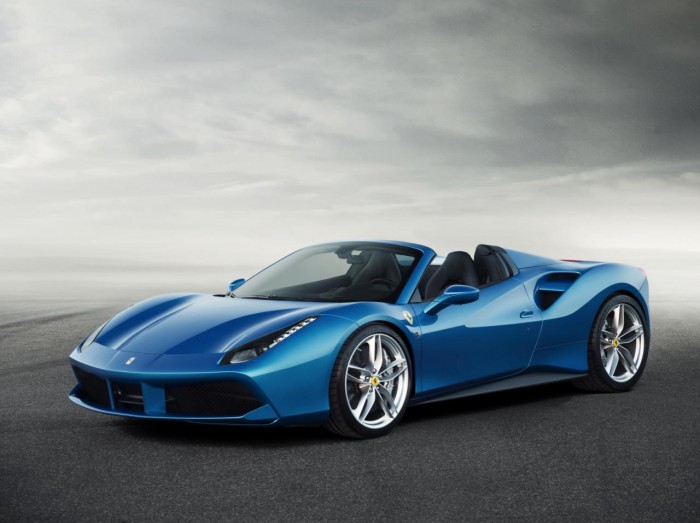 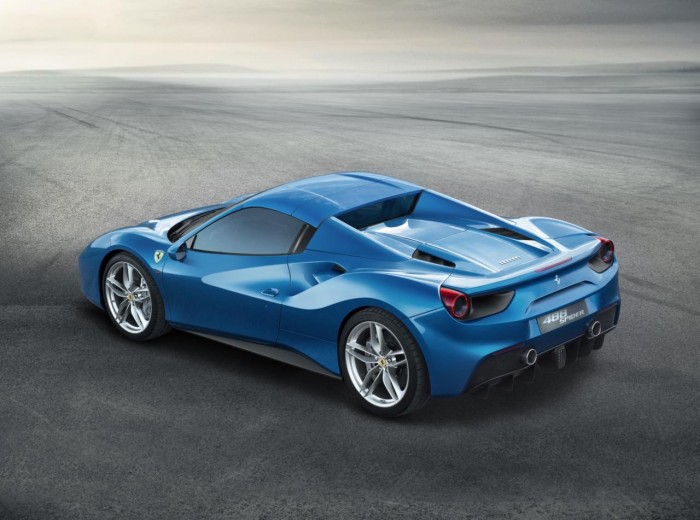 Under the skin 488 Spider is much the same as its coupe sibling with the new twin turbocharged 3.8 litre 666bhp V8 propelling it to 62 in a combover rustling three seconds. A 203 mph V Max topples the famed F50 in the topless Ferrari top speed stakes, too. The Spider also retains Side Slip Control 2- a development of the drift management system debuted in 458 Speciale which can now in it’s second iteration adjust the adaptive dampers for greater control. 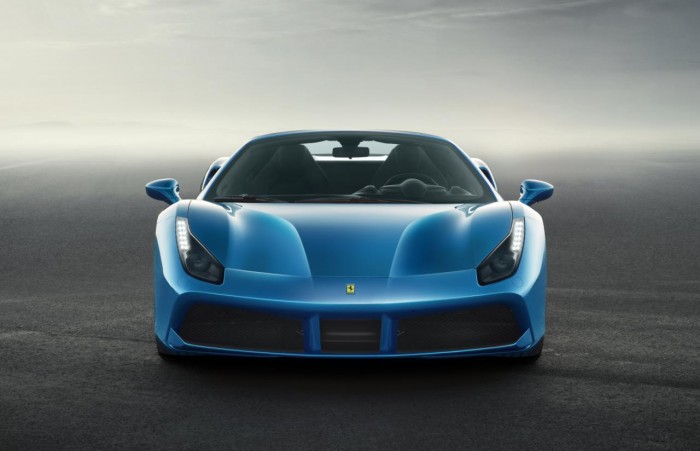 The open top format should also provide a broader stage on which the somewhat muted new turbocharged V8 powertrain can sing. For now however, we have to wait until Frankfurt to see the car in the metal before being able to test the Spiders acoustic prowess in the first half of 2016.