Whiffs of an Alpine renaissance have been drifting amongst us for some time now.

The appearance of the 2012 A110-50 concept and the track special RS.01 have steadily convinced us that Renault are serious about bringing the iconic sports car back to life. This concept only furthers that conviction. 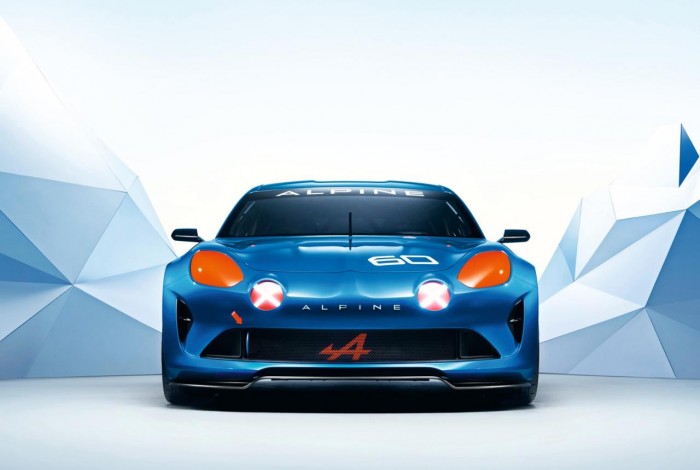 The Alpine Celebration concept seems altogether more realisable in its dimensions and design.

If you removed the loud orange accenting and fitted some actual lights it would pretty much pass as a production car.

It is our suspicion that underneath the paraphernalia thats exactly what this is. Renault is no stranger to hiding production car reality under a thin veneer of concept car garnish.

Underneath the muscular extroverted bulk of the Twin’Run concept were the shapes of the facia of the Twingo III hiding in plain sight.

This Alpine is certainly a looker- remaining devoid of most of the over designed frippery that plagues much of the European market in 2015, allowing for a more premium purposeful demeanour. So if we are in agreement that this is a very direct forward step towards production reality, and are also tentatively aware of the Renault Alpine AS (Alpine Sport) nomenclature thats rumoured to appear on the boot lid, lets speculate about what might be underneath.

Renault remains tight lipped about the cars underpinnings. Its quite normal to present concepts with pie in the sky powertrains sporting magical new technologies and silly power/efficiency ratios, so Renault not passing comment suggests we may find something familiar providing oomph.

To admit to it would catalyse the spin of the rumour mill still further so a reserved silence is a happy middle ground for them. 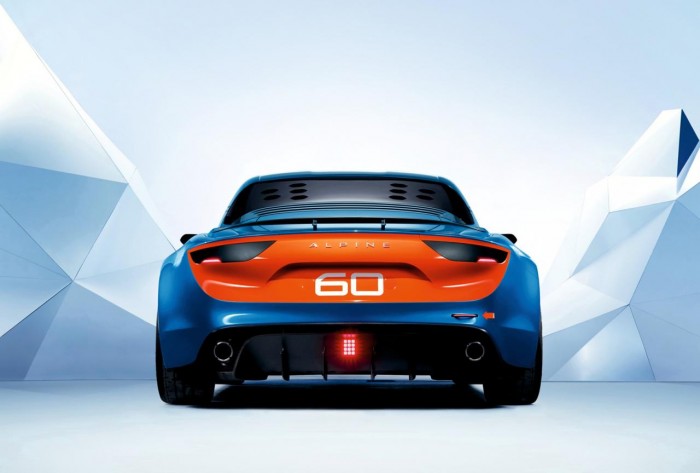 A juiced up 1.6/2.0 turbo from the Clio 200 EDC/Megane 275 models is likely with either an uprated dual clutch from the former, or the 6 speed manual from the latter.

Given the Alpines quite dainty proportions, one of the aforementioned four cylinder power plants is a safe bet.

A pretty little Coupé sporting between 250 and 300bhp moving around 1100 kilograms at about £30,000 would comfortably undercut other cars in a similar marketplace such as the Alfa Romeo 4C and Porsche Cayman.

To which axle the power is distributed is surely the most pressing question at the moment. 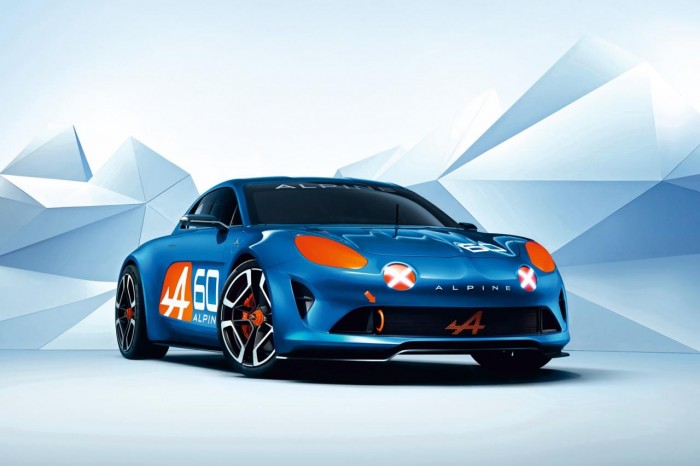 We’re in no doubt therefore that Renault are forging ahead with the Alpine project. Expect the finished product to be among us next year. A Paris 2015 reveal would be idyllic for the French brand but that does seem somewhat soon. Geneva 2016 seems more likely.