With the rise of dash cams comes the security risk involved, sitting a £200/300 piece of kit in your windscreen permanently obviously raises concerns. Now there hasn’t been any widely publicized dash cam theft spree sweeping across the UK, but naturally some still worry that their car will be broken into.

Proofcam have come up with a novel solution. 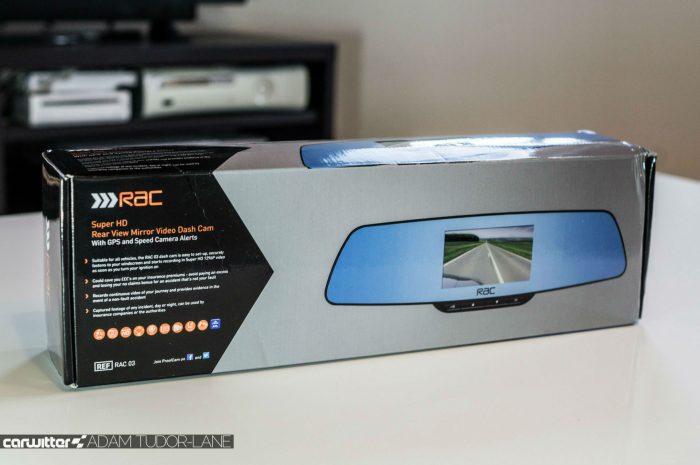 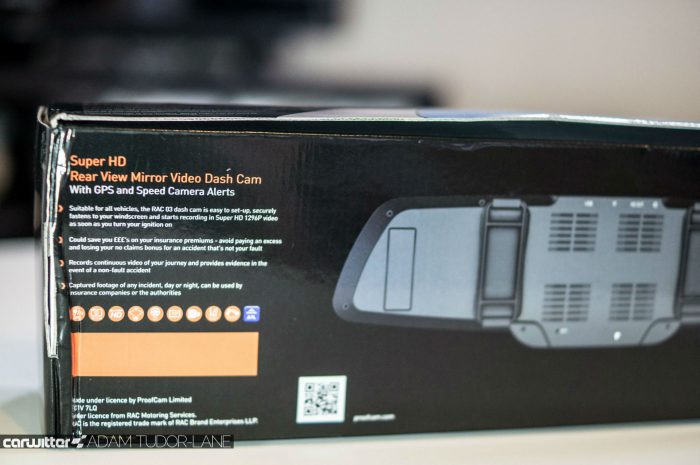 It’s an in car camera concealed in the body of a rear view mirror. As with any dash cam it switches on when you start your car and gets to work recording. It combines GPS data with video, a ‘world first’ for a rear view mirror camera. 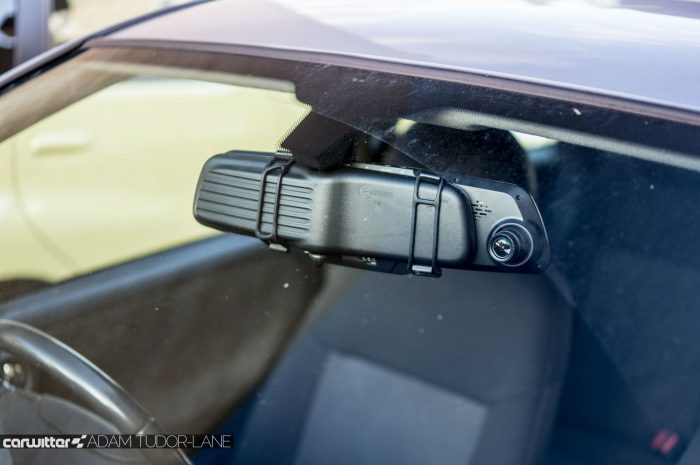 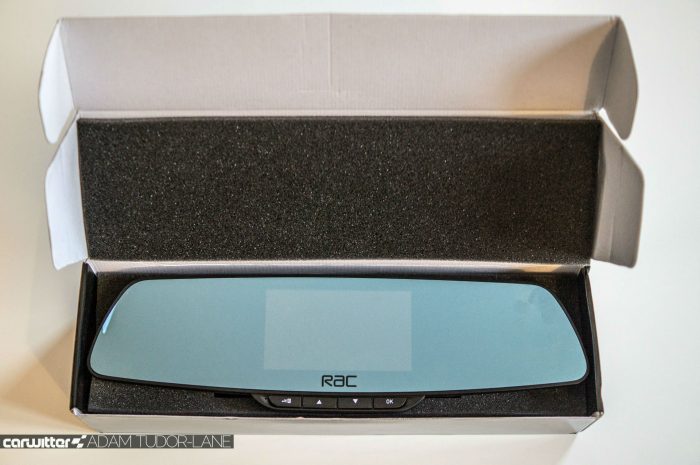 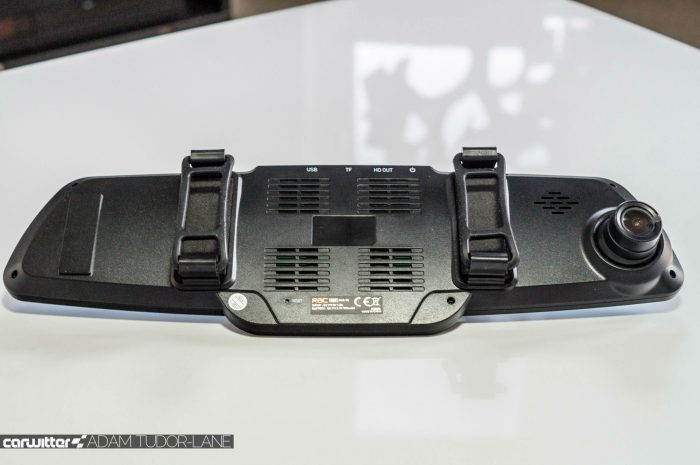 It has a viewing angle of 150 degrees, 4.0 megapixel sensor, can take images of up to 16 megapixels and even has motion detection for when you’re parked up. 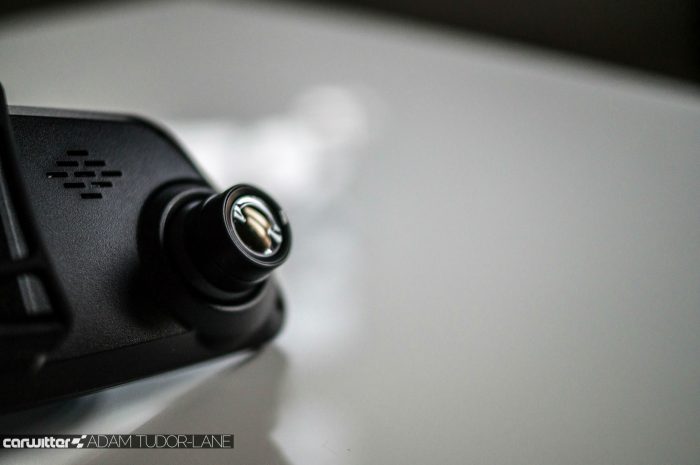 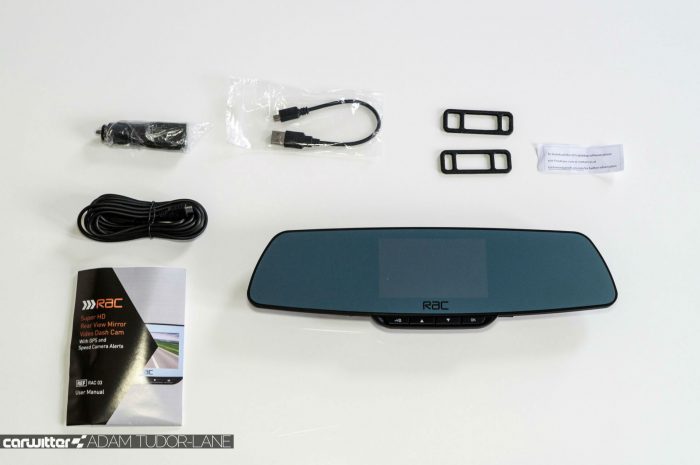 Big, very big. But it has to be. It sits over your existing rear view mirror and holds in place with two rubber type bands at each end.

Measuring in at 32cm long it gives you a really good, extended view of everything going on behind you. At just 3cm deep it doesn’t protrude too much more than your existing mirror, but depending on your vehicle you may find your head/face is much nearer the rear view mirror than it used to be. 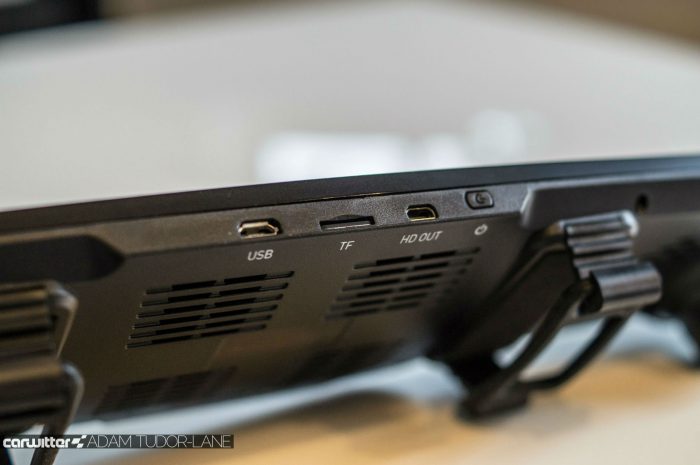 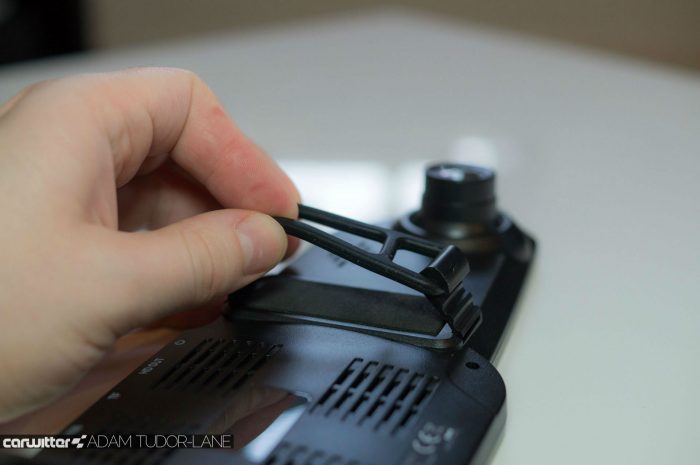 The mirror never moved of its own accord throughout our time using it, those rubber straps keep it in place perfectly. There is plenty of cable on the USB power lead so you won’t have to worry about being caught short in that department. 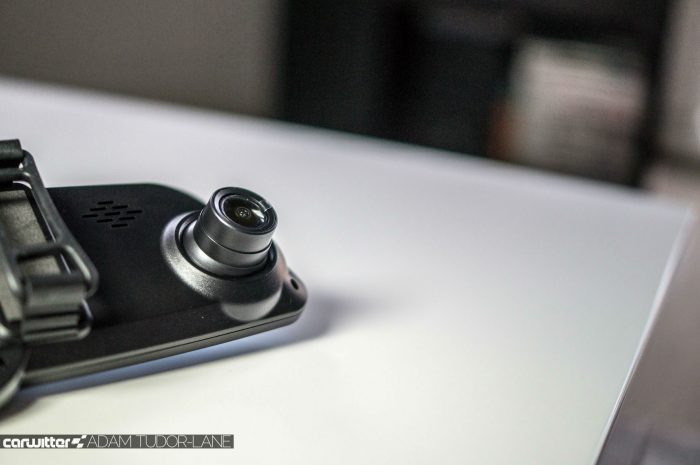 You can adjust the camera slightly as it pivots 360 degrees, the movement is quite limited, but enough to get a suitable head on view.

Starting your car will fire up the RAC03 with a chirpy jingle, this can be turned down or even off if you so wish.

As it pings to life the centrally mounted LCD lights up through the mirror. Here you can access the menus, change settings and see what the camera is pointing at.

The screen also comes to life to warn you of speed cameras, it will make an audible ‘bing’ and flash a warning of an upcoming camera location and your speed. 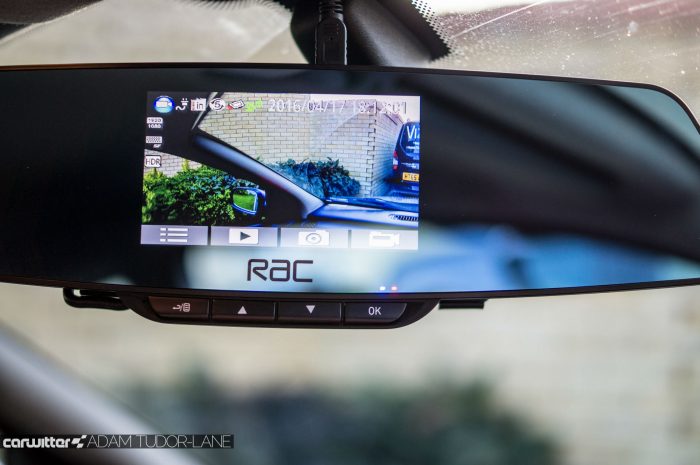 One thing that was a slight annoyance is the speed warning, this can be set from 20 to 70 MPH and again it warns when that speed is exceeded, switching the screen on and hindering your rear view. We couldn’t find a way to turn it off. It can be very distracting, especially when driving on a motorway with its constant warnings when 70 is reached.

We left the more advanced features switched off as they seemed a bit unnecessary. I don’t need an audible warning when the vehicle in front has started moving forward…and the lane departure warning has to be set for either Motorway, Urban or Rural. I’m hardly going to stop and switch that when driving!

Another thing we didn’t use was the Super HD. It isn’t 4k so there is no real need in more pixels than HD. So setting it at 1920 x 1080, 30 FPS allows HDR to be switched on. Basically that makes the image a lot clear, darks will have more detail in a light situation and vice versa.

Proofcam have updated their latest software, but it isn’t on their website. You download the old version and it then prompts you to update to the latest…come on guys.

You can switch between using Google Maps or Bing and the software is actually really easy to use. You can take screenshots in different formats, slow the video down, export, merge – it’s all there.

The good thing is that all the data recorded is embedded with the .mov video files so that’s all you ever need to copy. 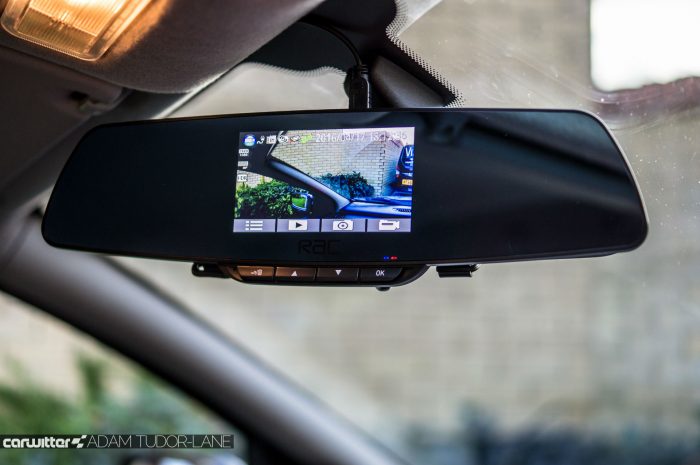 It would have been better if the RAC03 came with a larger memory card though, as each 5 minute chunk is around 700 MB so you can only really fit just over an hours’ worth of driving before it loops and overwrites itself. 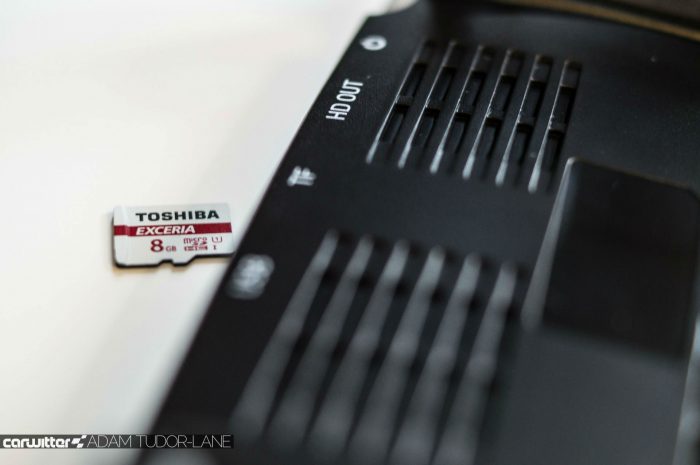 Another nag is that the supplied car charger only has one port…well most people charge their phones in their car these days. You end up with the dilemma of dashcam recording or phone charging.

Both of these issues can be resolved yourself at extra cost, but it’s just that little bit of extra thought that goes a long way when integrating into your life.

Proofcam’s RAC03 is available online for £159.99 with free postage. You also get £30 off of RAC car insurance when purchasing any dashcam from their site direct. 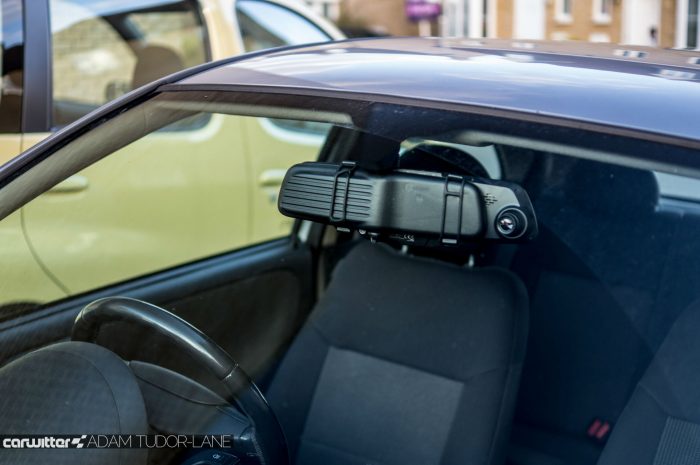