ProofCam manufacturer dash cams under the RAC brand, but they also sell their own rather affordable variants. One of the cheapest being the PC 105 HD, so what’s it like? 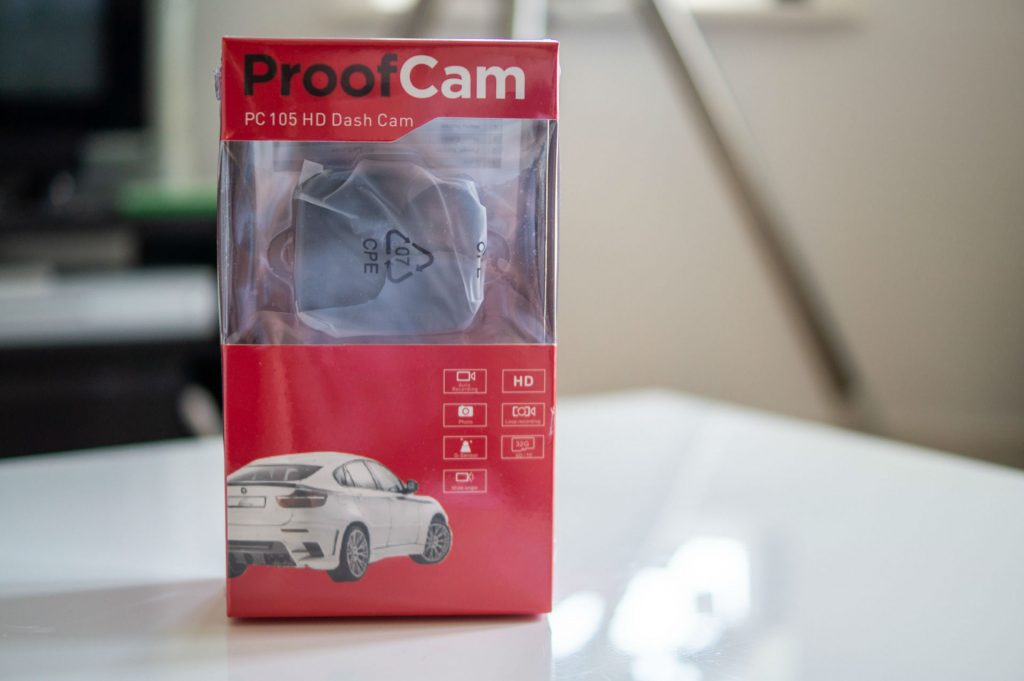 The PC 105 HD is a forward facing dash cam built to a budget, but it still offers some excellent features for the money. 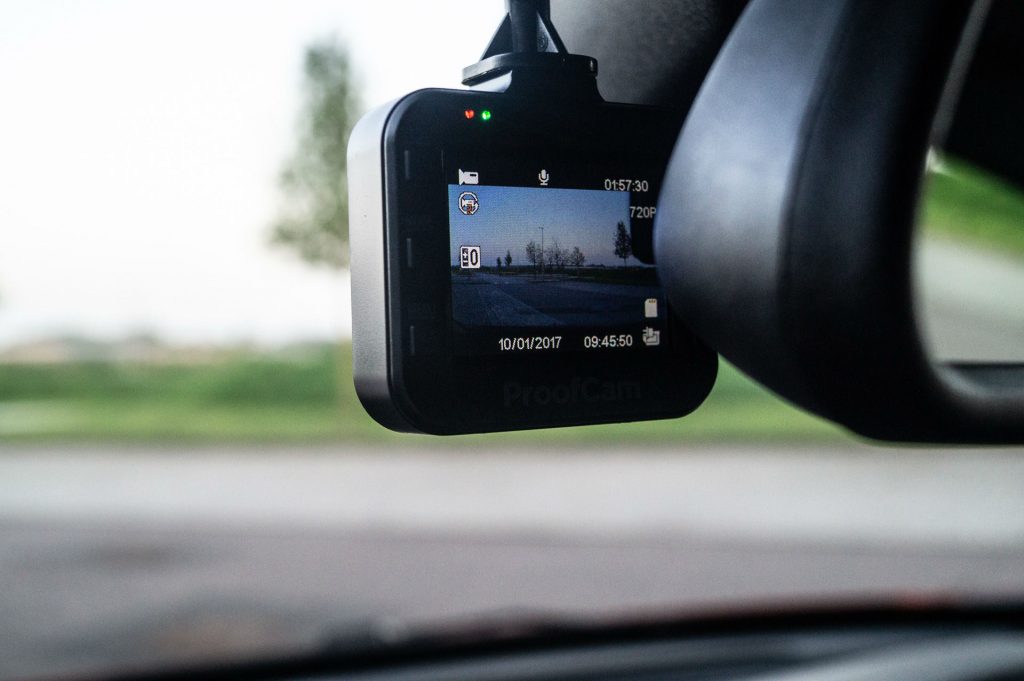 Details on the ProofCam site are a little scant, but what we do know is that the PC 105 has a 25 minute battery life and is fitted with a two inch LCD screen.

The camera is an F 2.0 120 degrees wide angle lens, it also supports microSD memory cards up to 32GB.

Loop recording can be set from off to 2 minutes in length, there’s exposure adjustment, audio recording, date stamp and G sensor sensitivity. 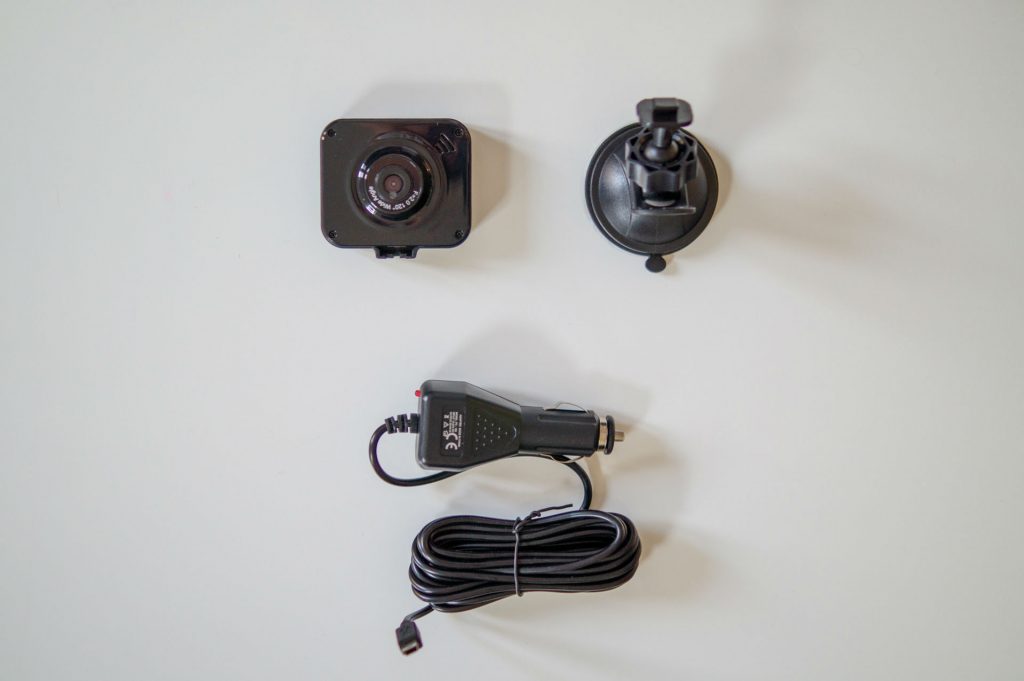 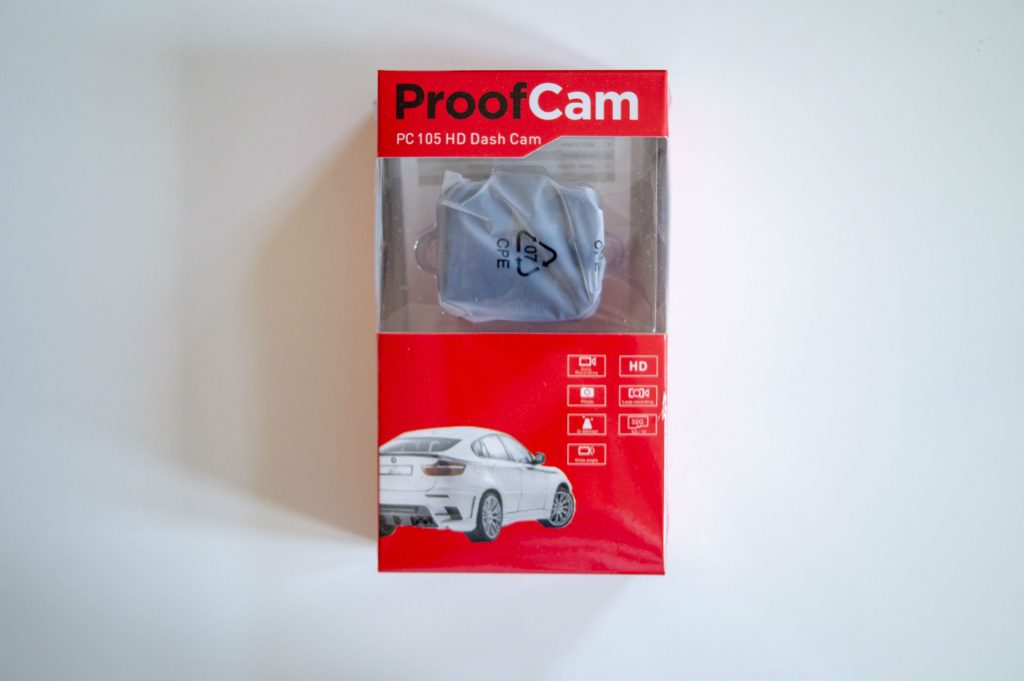 For the money, excellent.

In the box you get a long two metre power cable, this is a mini USB type with a moulded cigarette lighter plug built into the end. There’s a small suction mount and a USB cable to plug into your PC with.

You’re also meant to get a 4GB Micro SD card, ours for some reason wasn’t present. Ideally you at least want to put a 16GB one in though, so you can comfortably record a decent amount of footage without overwriting. 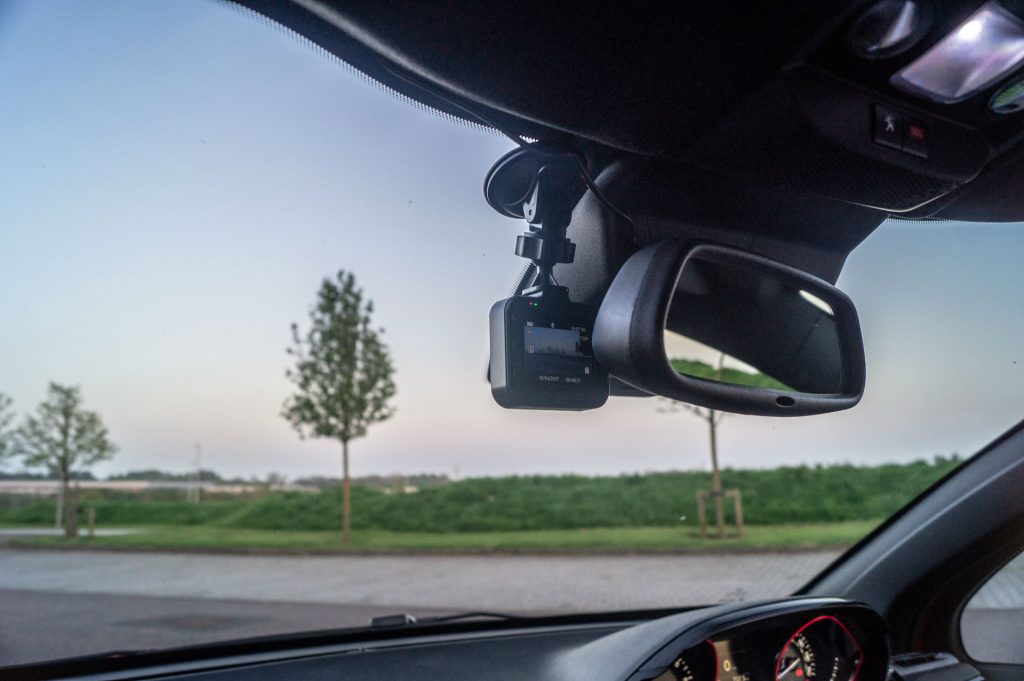 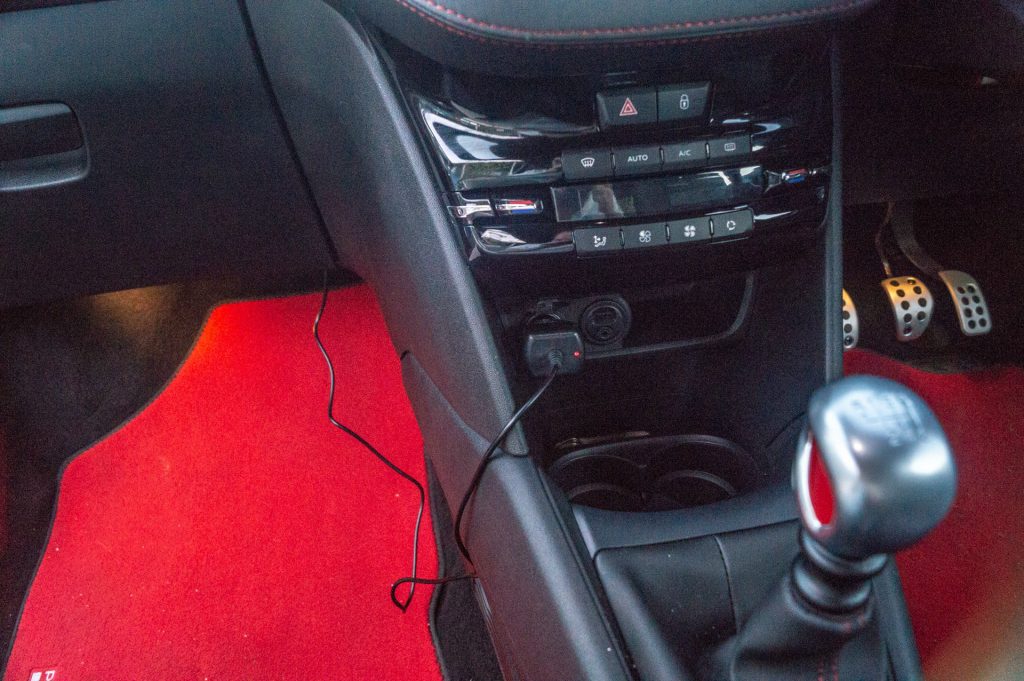 The best part about the PC 105 is just how small it is. We placed it up and behind the rear view mirror on the passenger side and it was totally invisible. Exactly how a dash cam should be. It didn’t even stand out that much from outside the car.

In terms of build quality the unit feels plasticy but solid, as does the suction mount.

It’s just a shame (as we always say) that manufacturers don’t simply supply a USB ended cable, rather than a 12v hogging charger. Simply supply a twin USB charger with the camera, that way the end user can charge their phone and at use the camera at the same time.

ProofCam also offer a hardwire kit, but you may be best off finding one that piggybacks onto a fuse for total out of sight wiring.

Video footage comes out clear when recording at 1080 full HD, it can be a little dark on the standard settings when the weather is overcast. You can soon fix this though by bumping up the exposure a stop or two.

Pausing a recording at any stage allows you to read number plates without an issue. The lightweight dash cam viewer software is easy to use allowing you to slow down or speed up the footage as well as taking screenshots.

You can buy the PC 105 ProofCam from either Amazon to get the best prices, or direct from ProofCam themselves.

What Kind Of Car Can Cut It For Your Next Upgrade?

Driving the car of your dreams for a few hundred pound