When the 106 was in it’s new home over winter I decided it was time to tackle some of the muckier parts.

It’s plastic bump strips were in a pretty sorry state…there were a few very minor marks on them, where something had be scraped and the plastic was shiny along with some very small gouges. But on the whole they were solid and not in bad nick.

Now, i was going to go down the route of replacing everything with new parts. But with things like this i think it’s nice to keep the original bits, those bump strips have been with the car since it was built…it seemed a shame to just trash them because they were slightly faded and a little marked up.

Mind you, the Autoglym HD Wax was put on like treacle so it should look that good. 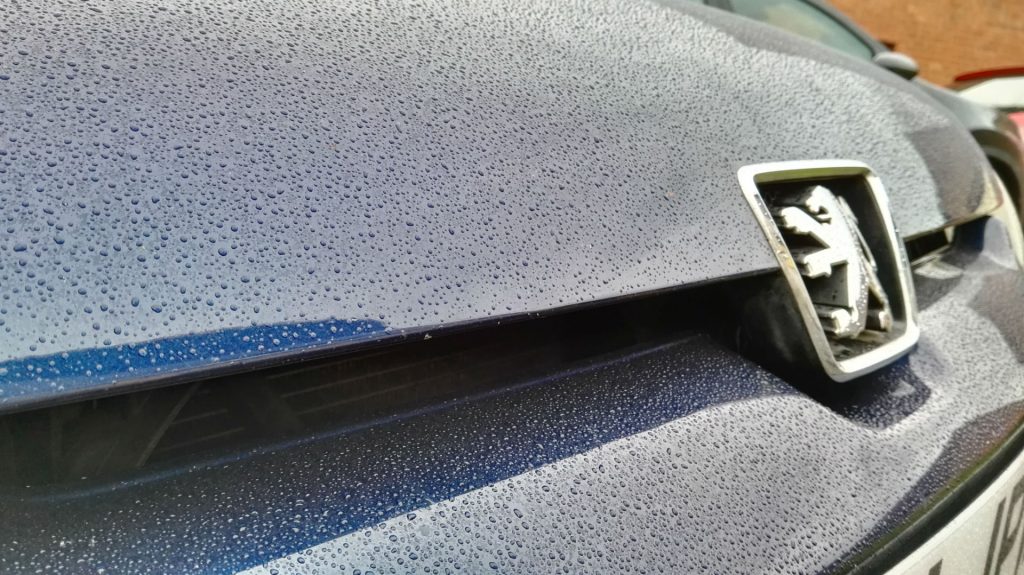 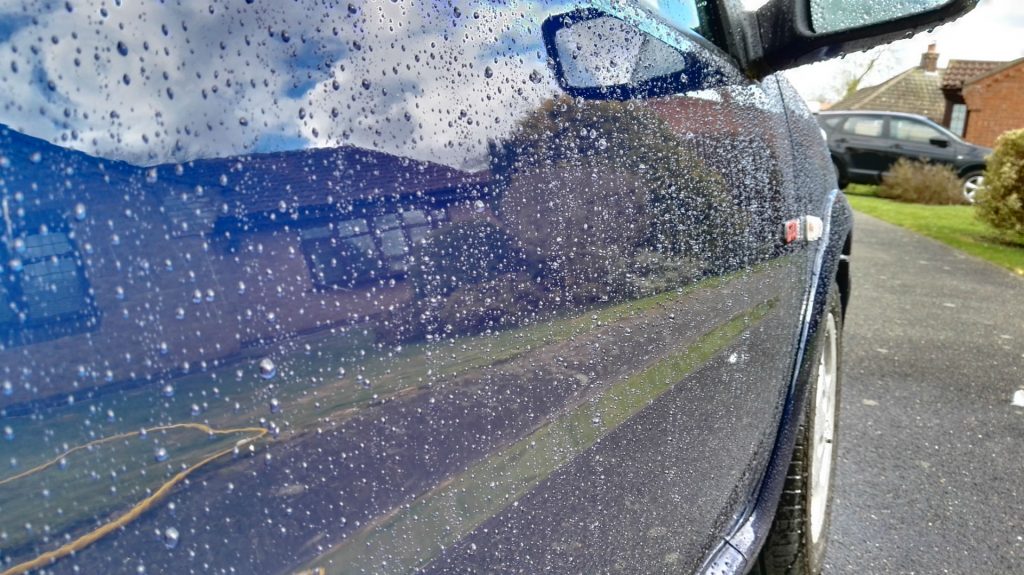 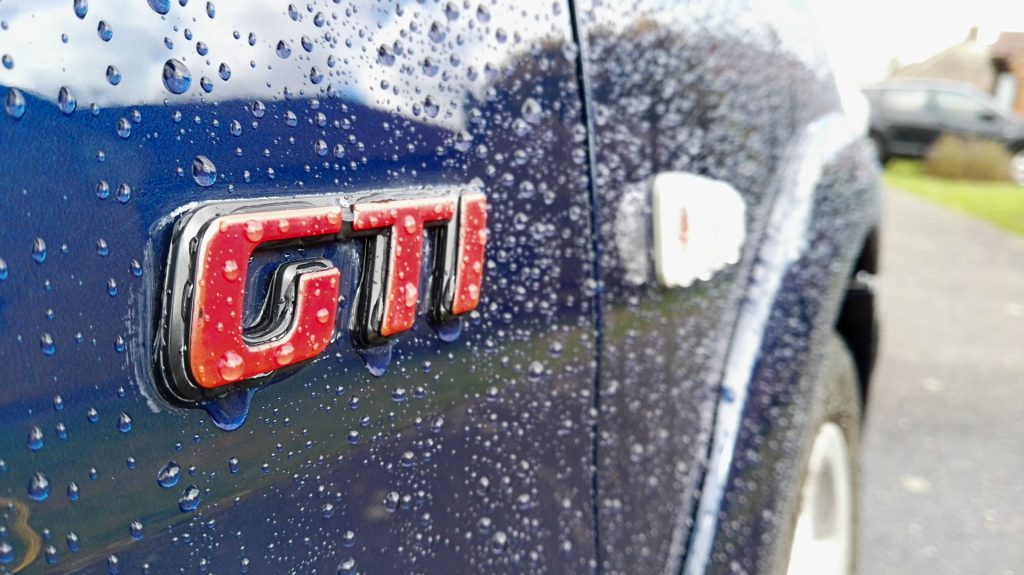 Now it was time to prise off the bump strips. Easier said than done.

You have to ever so carefully prise them off with a huge screwdriver, being conscious of damaging the painted parts of the bumper it took a good half hour to get them all off. The 106 then looked rather naked…but you could see the years of dirt underneath them. 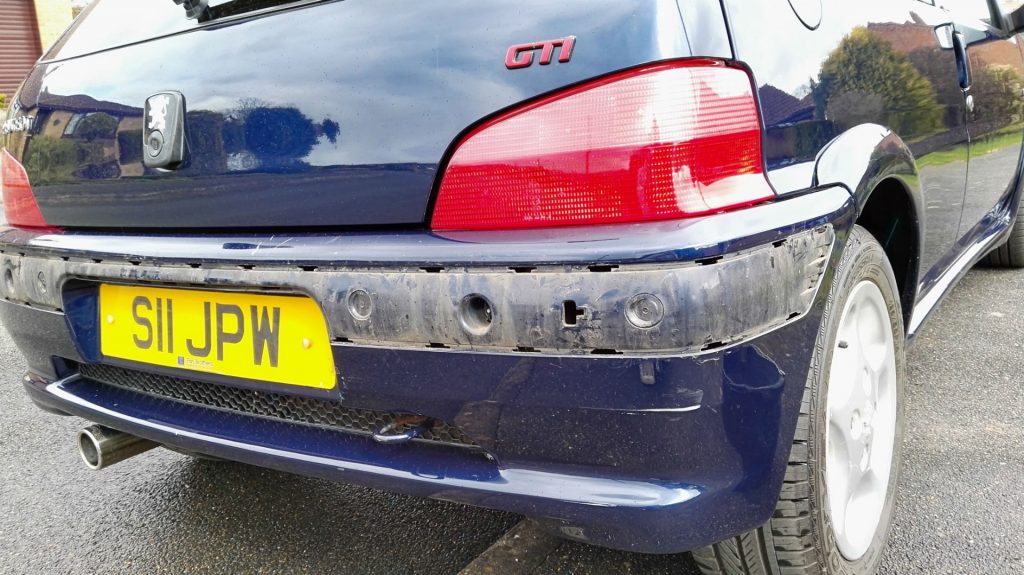 Giving the whole car a good scrub yet another coat of Autoglym HD Wax was applied. It helps protect the paint when the car is out in the open, and also from the car cover in case it moves around. It will just rub the wax away instead of rubbing the actual paintwork. 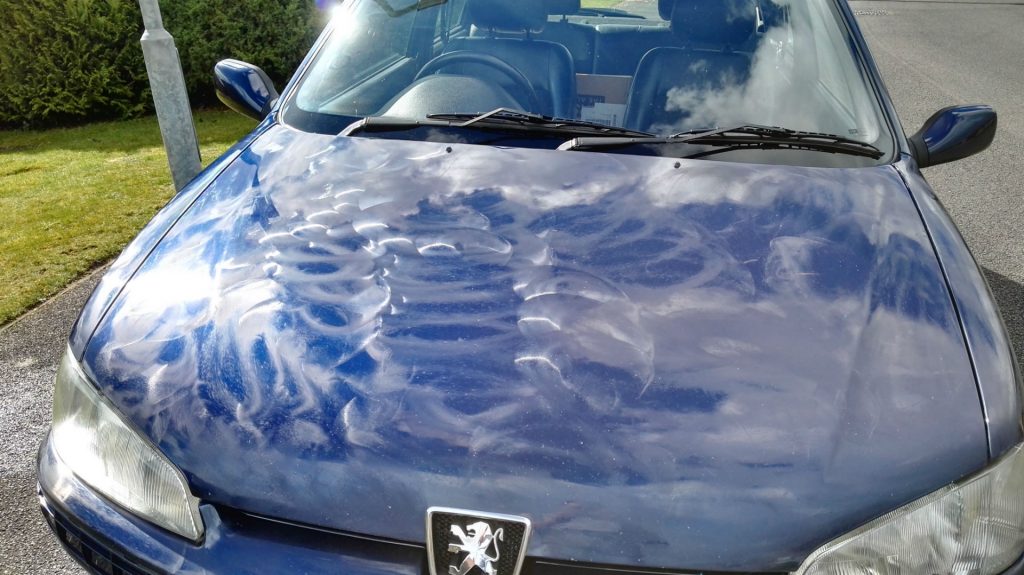 Taking the bump strips back home, the 106 had to stay naked until my return in a month’s time.

After coating the strips in tar and glue remove followed by alloy wheel cleaner, their condition could finally be inspected. 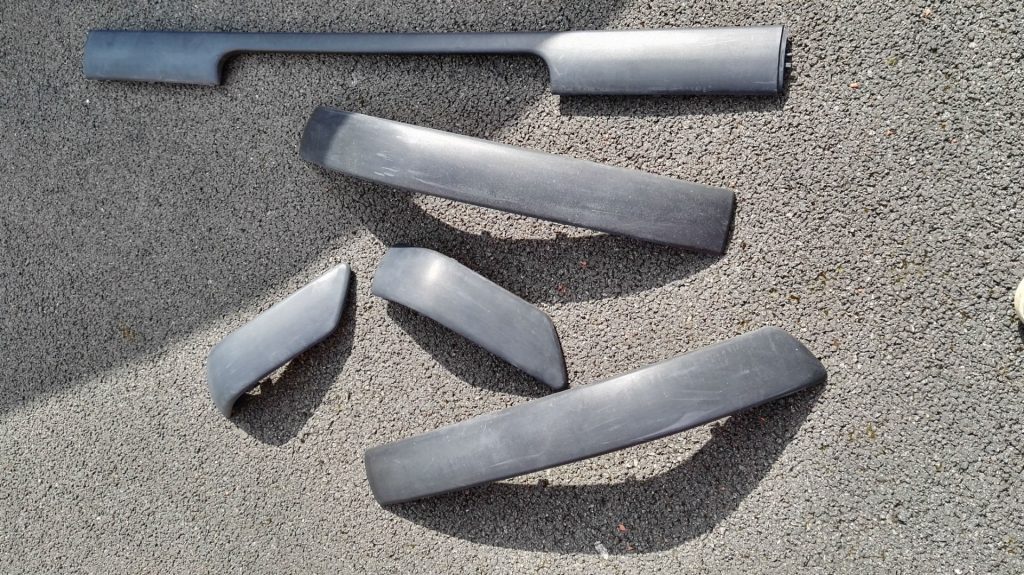 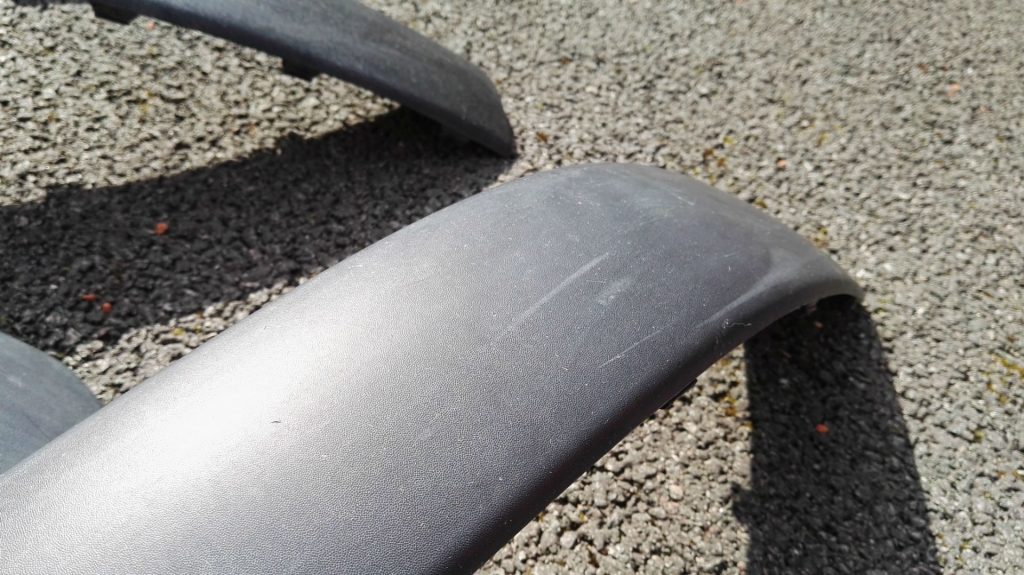 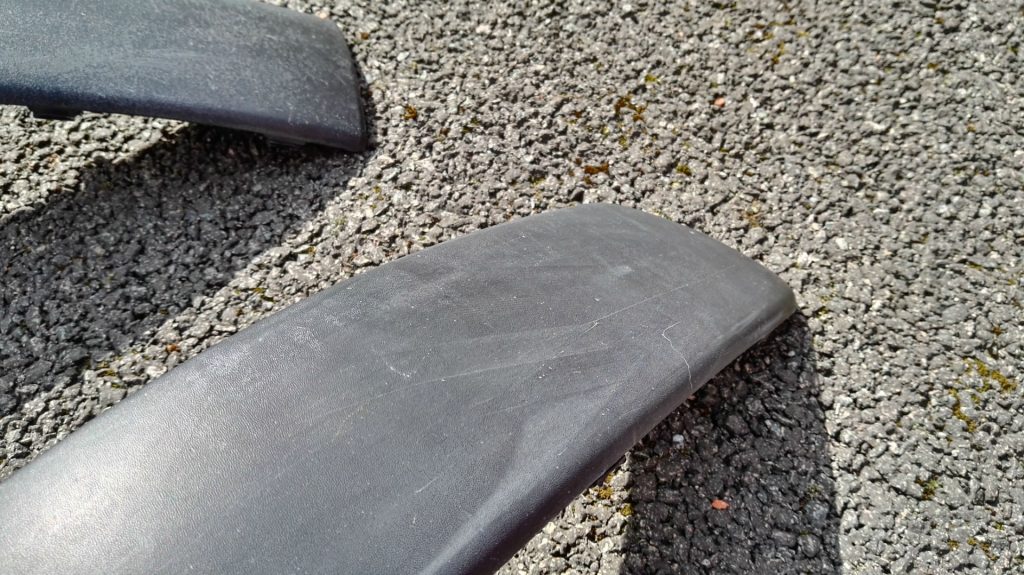 It’s safe to say, they’ve seen better days, and were rather more grey than black. But there’s a wondrous item to fix this, Halfords Plastic Bumper Paint.

You apply it straight to the plastic and it creates a lightly textured finish as the original plastic would have had. I’m not the best at spraying, but this stuff goes on effortlessly. Just build up the coats from different angles and it looks superb. 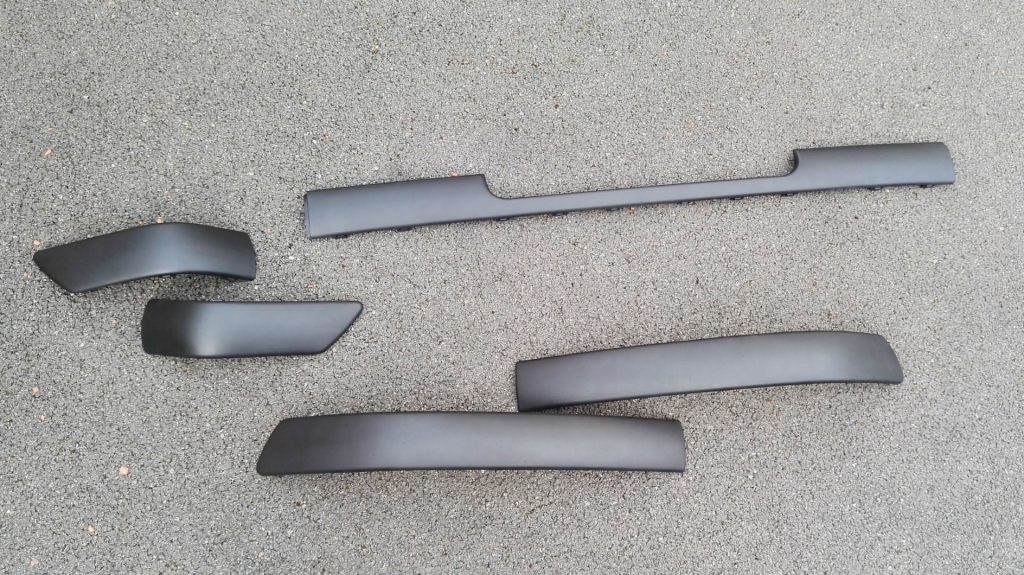 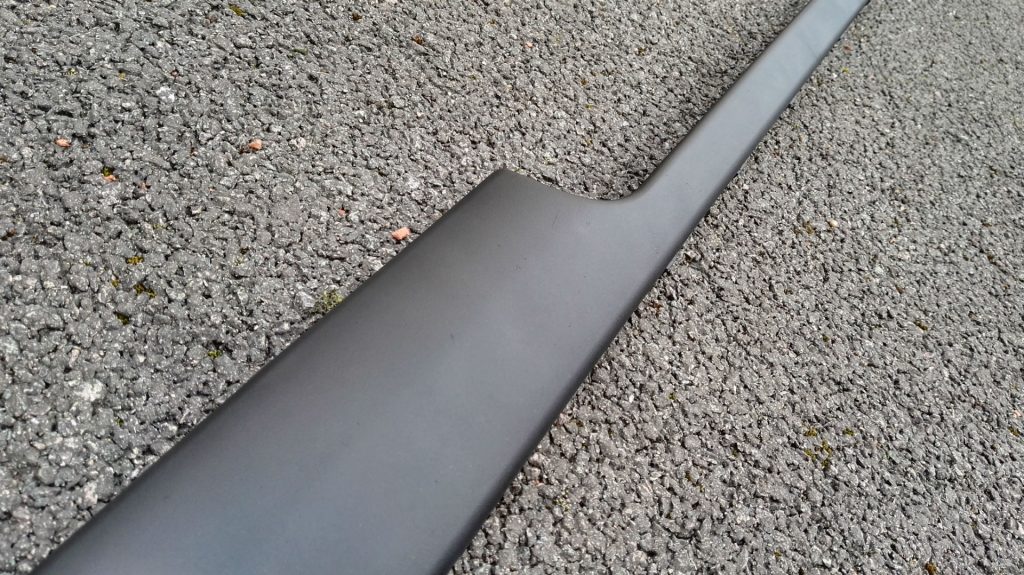 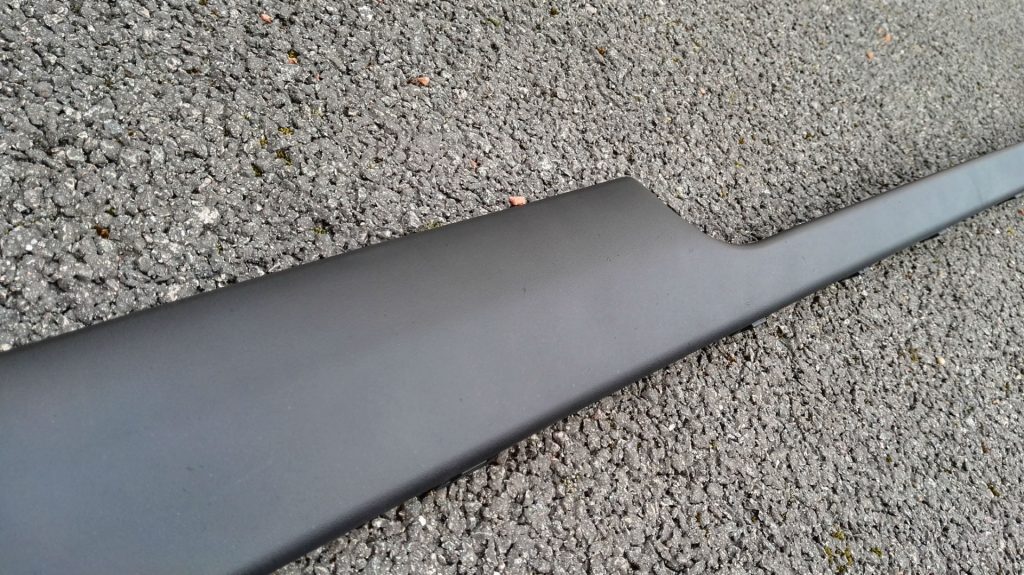 A quick rub down to make them a bit less fresh and they were good to go! 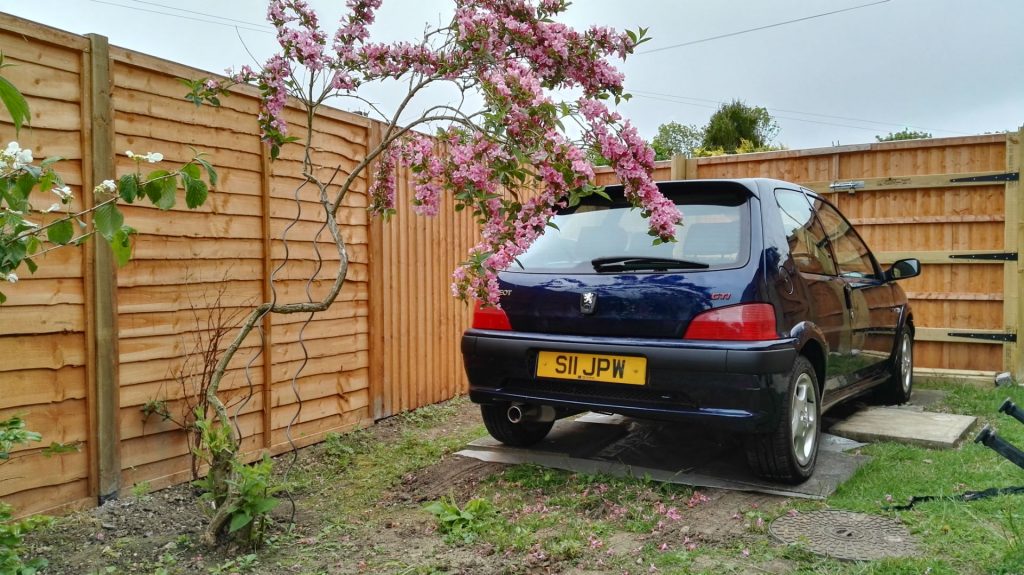