I thought it would be worth creating a post detailing the rich history our Peugeot 106 GTi has with it.

As soon as i saw the wedge of paperwork that came with the car i knew it was the one to have. Theres something about knowing a cars precise history that gives it more of a soul than one without.

Are you sitting comfortably? I shall begin. 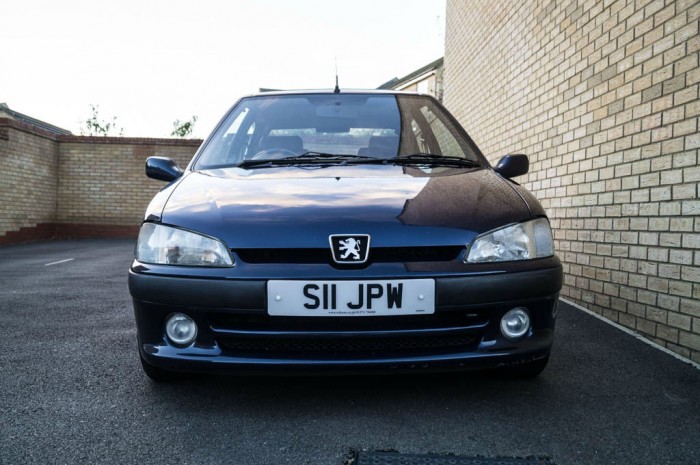 Our little Mauritius Blue Peugeot 106 GTi was first registered on the 30th November 1999, it would have been bought on or around that date. It was sold by the Peugeot main dealer Fish Brothers in Swindon. It was registered from new on the personalised plate S11 JPW.

On 22nd December 2001 it had its first MOT, naturally it passed without incident and had 18,531 miles on the clock.

It was time for the first buyer to move on and the 106 was sold in January 2002 by Wilsons – a dealership in Epsom Surrey.

An Experian car data check was run with nothing recorded against outstanding finance or accident damage. For some reason the front numberplate was replaced at this time. It had 19,159 miles on it at that time. 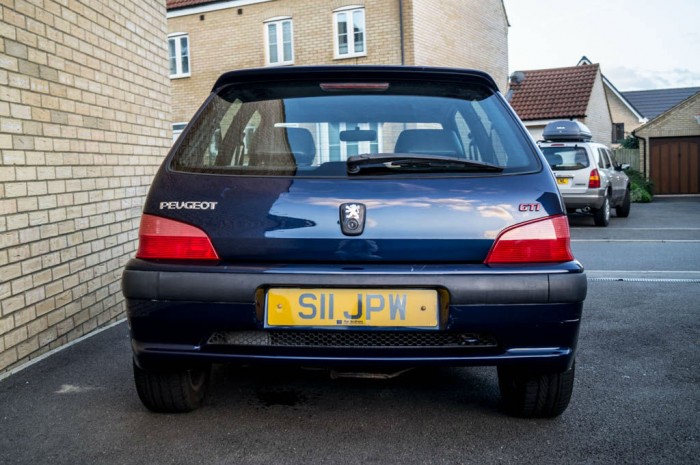 It had new tyres fitted all round on the 9th April 2004, with wheel alignment to adjust the tracking. This was at Hi-Q in Guildford, Surrey. Total cost £294.28.

Not long after that on the 14th May 2004 it had a new key supplied along with a new window channel being installed. Again this was carried out by the Peugeot main dealer Stag Hill in surrey, cost £136.05.

It looks as though it failed the MOT emissions test in May of 2005. It had a new exhaust from Kwik Fit in Wandsworth London at a cost of £178.40. There are two diagnostic emissions results, one from Colchester in Essex and the other from Battersea.

After that there is MOT certificate on the 20th April, mileage 36,711. 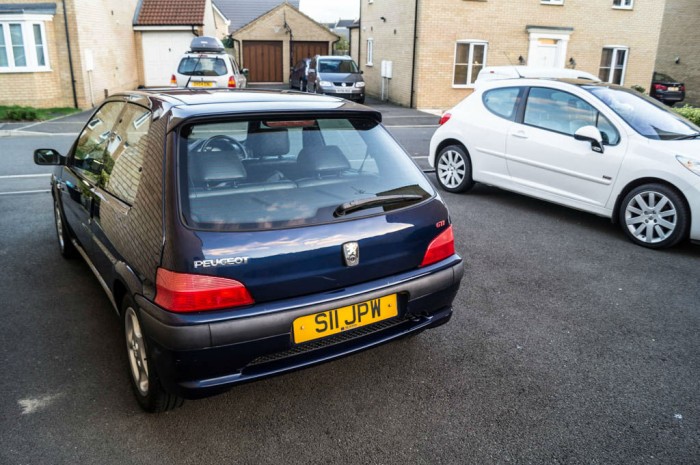 On the 8th of May 2006 it had its 40,000 mile service at Underwoods Peugeot in Colchester. Also noted down is that the alarm keeps going off, it was tested and no fault to be found, but if the problem continues the interior sensors need to be replaced. Total cost of service, diagnostics and MOT – £347.61. Mileage 48,374.

The owners address is recorded as Battersea – this explains the myriad of parking dents having lived a lot of its life in London!

On the 19th December 2006 a new ABS sensor was supplier by the current owner and fitted at Warwick Wright in Clapham, the owners address is written down as Guildford, so it looks as though it spent its time travelling between London and Surrey.

Then on the 10th of March it had new brakes all round, a bulb, new washer pump and a rear wiper. The work was carried out in Battersea. Total cost £307.04. 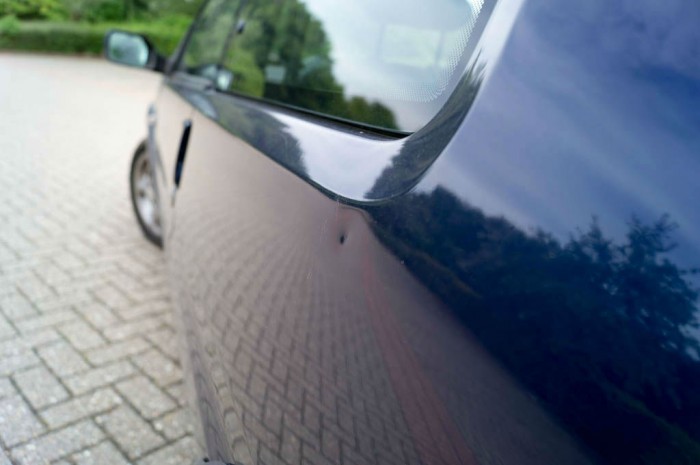 Later that year in August it had a new radiator fitted, again in Battersea at a cost of £171,95. 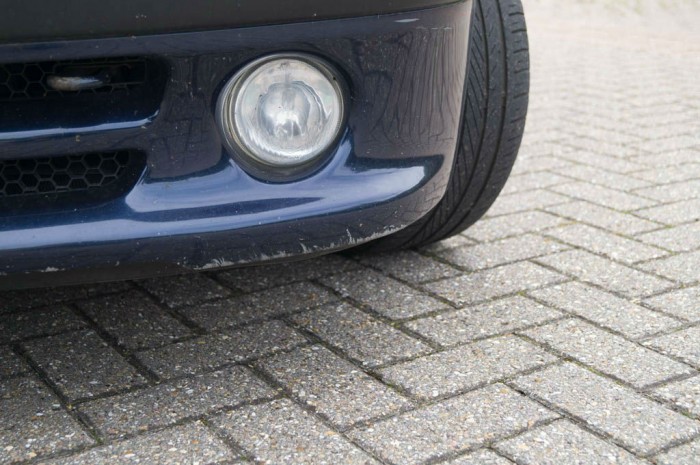 Sometime between 2010 and 2011 the 106 GTi was sold to the owner i purchased the car from. It was used in Bristol whilst he was at uni.

In March 2011 a new oil sump plug was purchased from Robins and Day in Bristol. On the 30th March a new aerial wire and fixing was brought. Total cost £15.85

25th May 2011 it failed its MOT due to the nearside headlamp not working. It was retested on 27th June and passed. A new passenger side window motor was supplied and fitted too. Cost of parts and work £239.61. Mileage was at 75,749. Strangely enough this MOT was carried out back in Battersea. 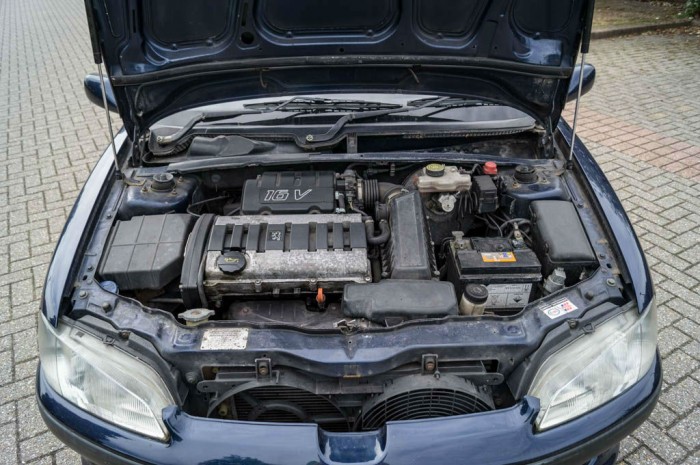 Around that time the engine wasn’t running right so second hand injectors where fitted and a service carried out. Total cost £268.50. The work was carried out in Bristol on the 26th May 2011.

In June a new clutch cable was purchased in Bristol at the cost of £19.46. That month a water pump, timing belt kit, and tie rod ends where purchased for £100 from a factors in Bishops Stortford.

On the 26th June 4 new Goodyear Duragrip tyres were bought for £240.00, 2 days later new Mintec discs and pads were purchased in Bishops Stortford at a cost of £63.60. 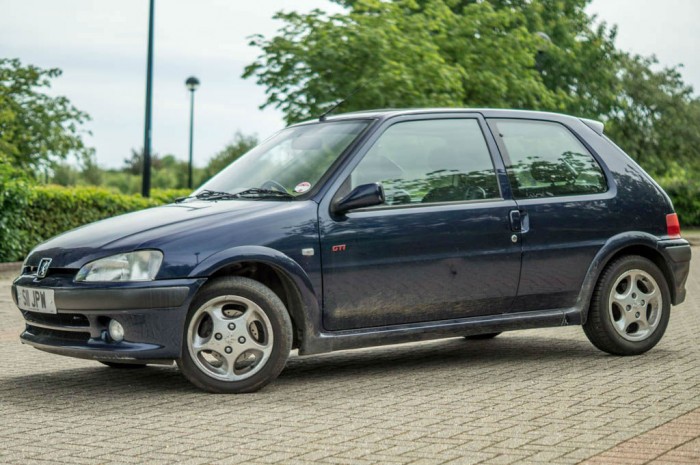 Having such traceability on a car of this age is amazing. Naturally I’m keeping the dossier up to date with all the parts and work that is being done to the car. 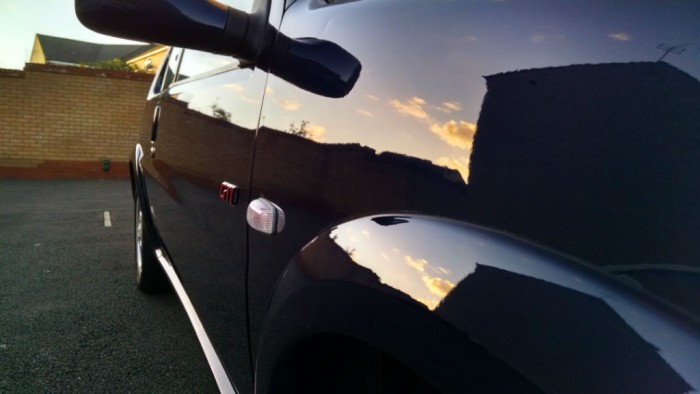