Last season’s runner up Sebastien Buemi took a dominant victory in the opening race of the second season. 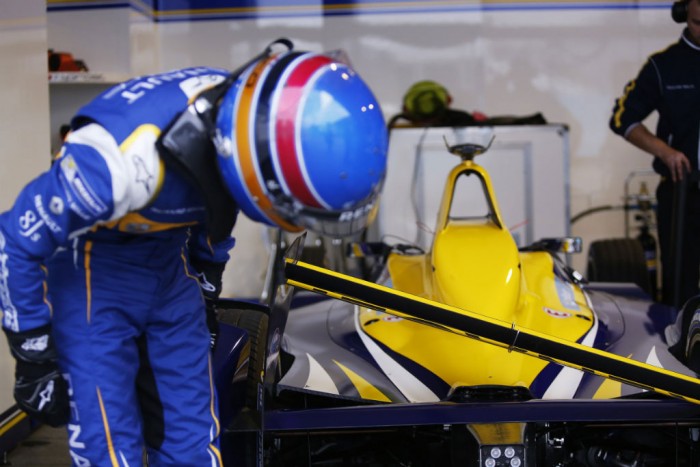 Buemi achieved the hat trick of pole position, winning the race and getting fastest lap of the race.

“It was a good race. It’s a bit of a weird feeling because I felt I was a little bit on my own, but I would not be against that. It’s good to win with a bit of a margin,” said Buemi.

“I’m happy, the team has done a great job and Renault has done a good power train so I’m just looking forward to the next races right now. I think we even managed to have the fastest lap, which was very difficult last year.”

The race was slowed down on two separate occasions under a new rule called Full Course Yellow which requires all the drivers to slow down to 50kph.

First Full Course Yellow was for Simona de Silvestro locked up and crashed into the wall at the exit of turn two. The second FCY happened when Antonio Felix da Costa crashed into Jacques Villeneuve. This was when majority of the field had done their pit stops. 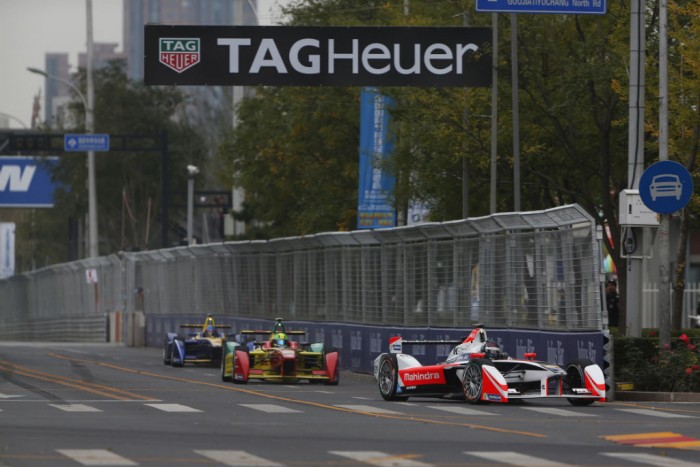 Oliver Turvey, Loic Duval, Jerome d’Ambrosio, Nelson Piquet Jr. and Nathanael Berthon all hadn’t yet pitted and were able to benefit with the Full Course Yellow.

Nick Heidfeld was able to keep both Dragon Racing cars of Duval and d’Ambrosio in the final laps to take third place, the first podium for Mahindra Racing.

The next round is on 7th November at Putrajaya, Malaysia. 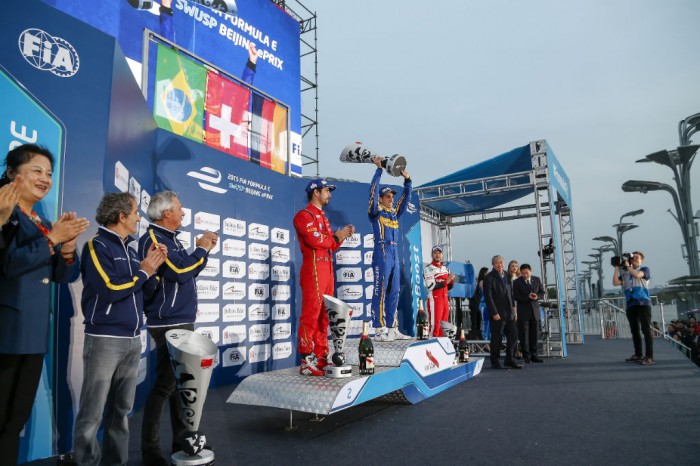