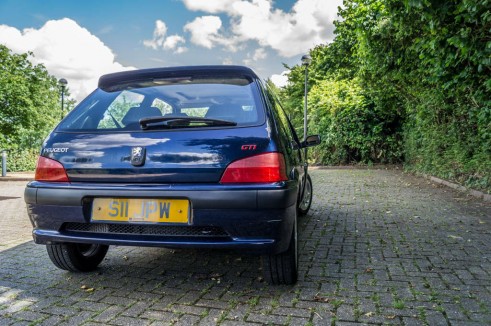 When i purchased said Peugeot 106 GTi i checked in all the normal places for rust, the only place i found a minor amount was the rear offside wheel arch. This hadnt gone through to the boot so i didnt worry.

But i thought i best err on the side of caution.

Removing the rear arch fabric was pretty easy, the soundproofing not so much.

After scraping off enough on the offside arch i felt some very soft metal…then flakes of metal.

Removing yet more i found out that a section around the size of my hand had the consistency of filo pastry…bollocks! 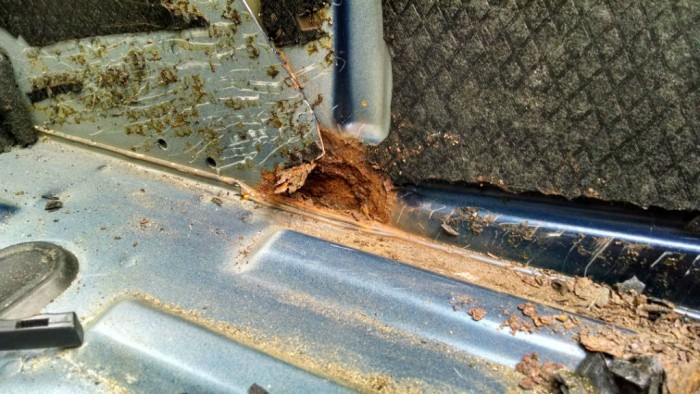 Onto the nearside arch…

As soon as i started scraping away the sound proofing i could see two fairly large holes completely eaten through the metal…more bollocks. 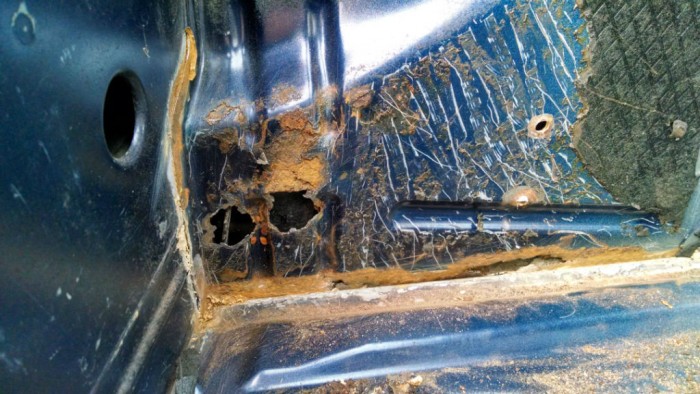 I removed most of the seam sealer along both arches to find the boot floor in good condition.

None of this rust could be seen by the naked eye, there was no way in hell i could have found this out when buying the car!

Removing the rear arch liners shows the extent of the rust problem at the rear. 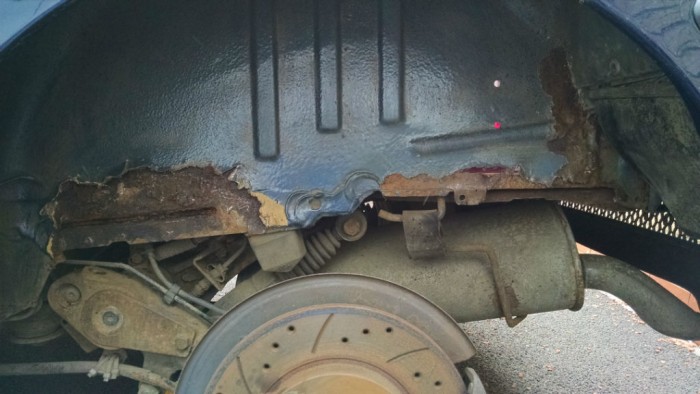 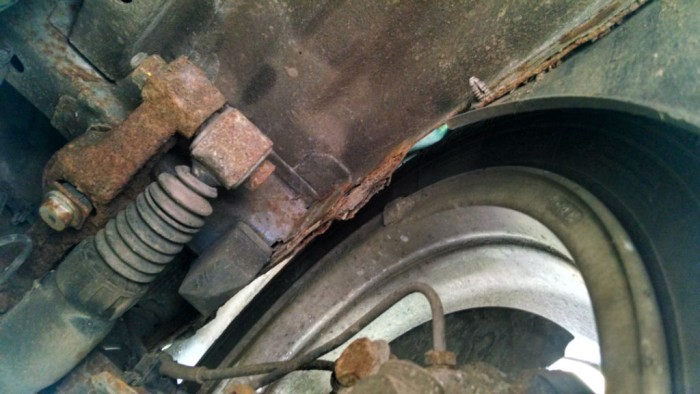 Anyway a few weeks later i set about removing the battery tray, airbox mount and ECU tray. The original battery tray was pretty knackered so i found a near perfect example in a local scrap yard. 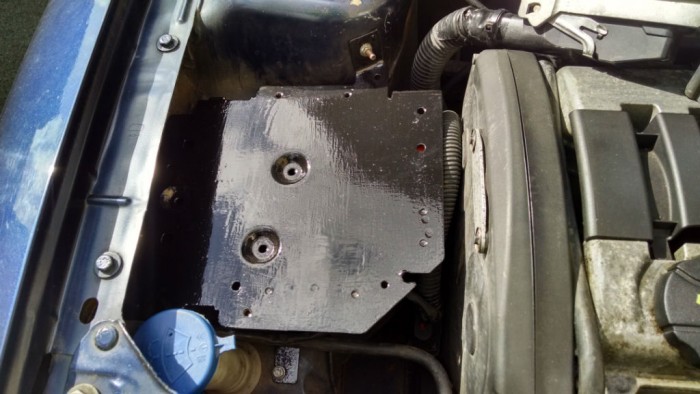 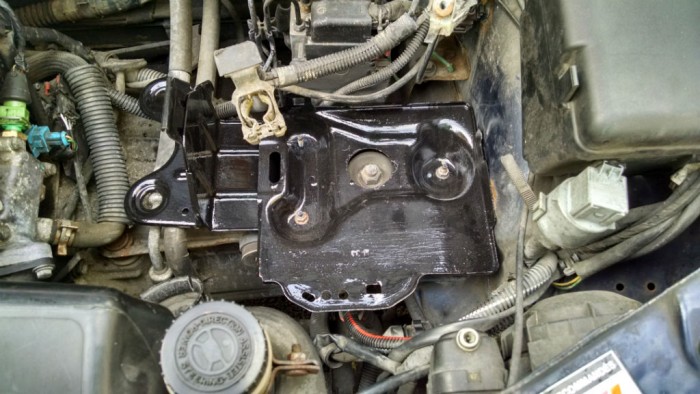 Painting this in black anti rust paint along with the airbox mount it should now last longer than the 106! 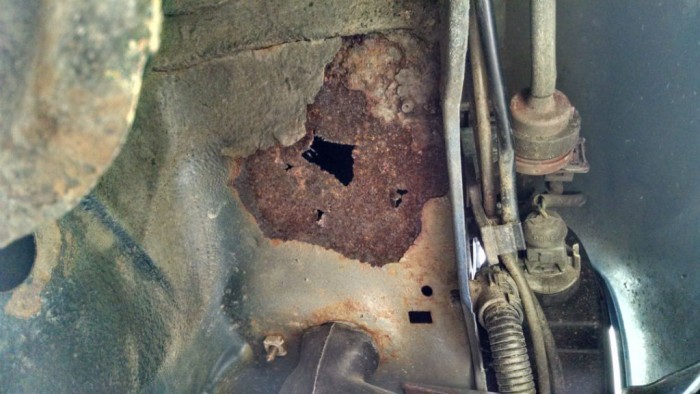 The ECU tray is a different story, whilst removing the ECU i found that the offside front arch had as much strength to it as a quiche. A section directly under the ECU was very brittle and ready to fall apart as soon as you touched it. 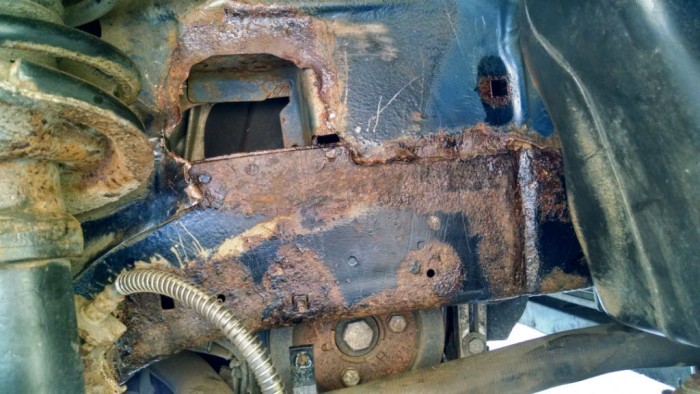 After a bit of work i ripped out all of the flakey stuff to see what was left to work with…it doesn’t look great! 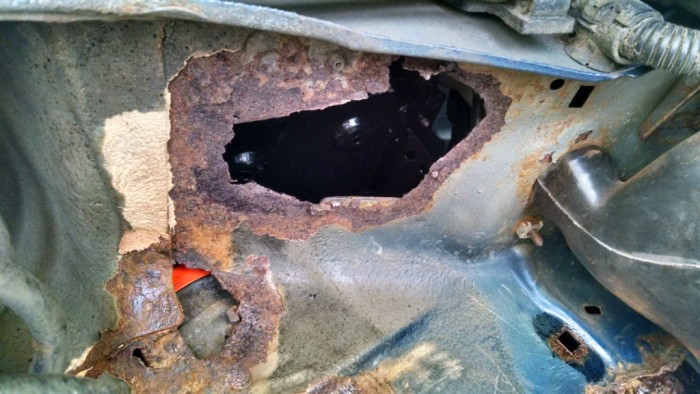 Taking advice from the 106 Rallye Register i got in contact with Beaniesport a local company that specialise in Peugeot 106s and Saxos.

The chaps from Beaniesport came over (as the 106 isn’t taxed or MOT’d) to have a look at the car…i was bracing myself for the worst and that the car may be a write off….

Apparently the rust is no major issue at all, it can all be cut out and new sections welded in. The guys were also massively impressed by what a clean example it was, which made my day as i did have a few doubts!

So, the next step is to get the car across to Beaniesport for the work to be carried out.

The car will then go into a nice dry garage in Lincolnshire for the rest of the winter.