Driving the 106 home for the first time was a dream, effortless pace, smooth revs and…a lumpy idle at traffic lights!

The 106 starts fine, warms up for 2 minutes then the revs drop ever so slightly from about 950 to 800, the car starts a deep vibrating for a few seconds before returning to normal. It gets worse and does it more frequently but it never cuts out.

Blip the throttle and everything returns to normal. The problem is only evident on idle once the engine starts warming up. 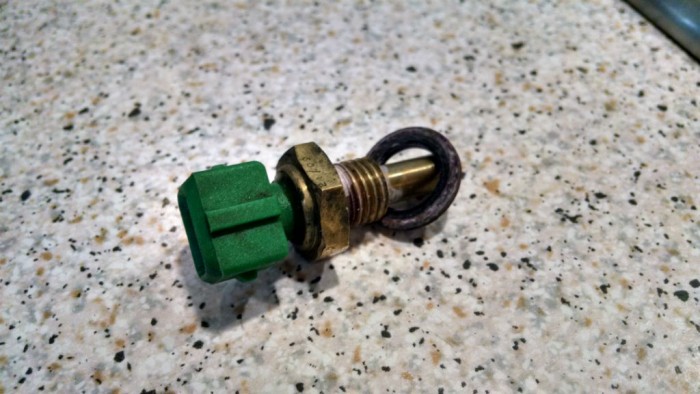 Researching this issue on both the 106 Owners Club and Saxperience forums it looks as though the most obvious fault lies with the coolant temperature sensor. A little green stick of brass that screws into the engine just next to the airbox.

Time to get the spanners out… 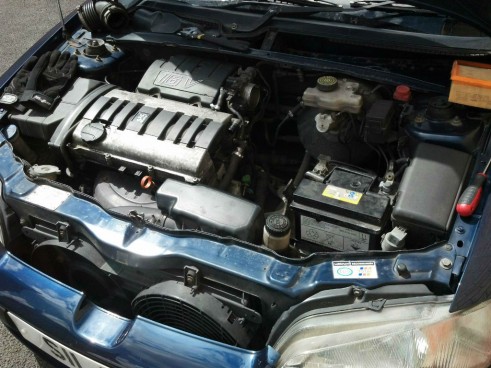 Well replacing this sensor with a new one and the problem seemed fixed, hoorah!

15 minutes later and the vibration was back…back to the drawing board there!

It can’t be the sparks as they were changed around 4 months ago, oil is good, coolant is good.

Next idea, try cleaning out the throttle body and idle control valve. Time to disassemble. 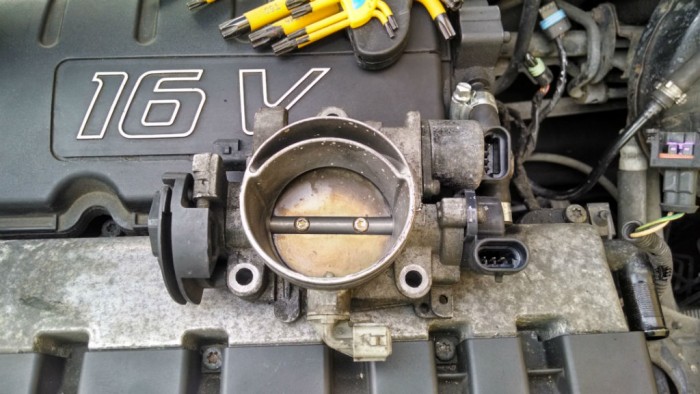 Spraying almost a quarter of a can of carb cleaner in and around the throttle body and ICV i reassemble, turning the key i have to coax it into life with a few revs. But it appears to be sitting at a constant idle, leaving it to heat up it still stays on a sweet normal tickover.

After removing the coolant sensor 90% of the coolant had left the engine after switching it on, so before any damage occurs i shut it off…time to buy some coolant.

Bottom radiator hose off letting the system drain, there must have only been around 2 litres of coolant left in the engine. No wonder the temperature was shooting up so fast!

The 106 takes around 4 litres of coolant, so filling the header tank up to max i switch the engine on and start letting it circulate through. Within seconds the tank is empty, and after a further four top ups it finally stays level.

Bleeding the system wasn’t too tricky once i had enough coolant in the engine. With all the air out, the heater was blowing hot and the temperature started dropping. Perfect!

So now i have no idea what it is. The next logical step is to replace the stepper motor, then it could be an issue with the injectors or the MAP sensor…who knows!

2015 Mercedes C63 Revealed Ahead of Paris

Practical Sleepers in the United States