2015 Mercedes C63 Revealed Ahead of Paris 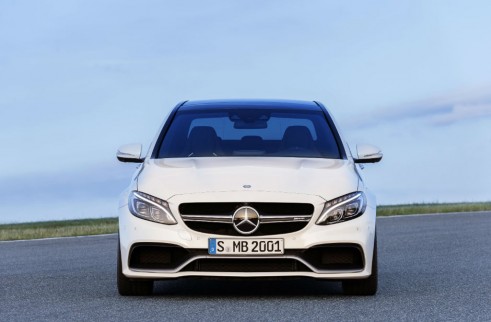 The outgoing C63 has been getting a touch long in the tooth since not long after the introduction of the extreme Black Series halo model. For 2015 the 6.2 has been ushered out in favour of a more compact modular power plant developed by AMG to be applicable across the range.

The unit is to be pioneered by the new AMG GT sports car- itself revealed a couple of weeks ago– in conjunction with the new C63.

Displacing 4 litres and brandishing twin turbochargers in both cars, power capacity and output are adjustable with the C63 running on a generous 503 BHP and a herculean 700 NM of torque in its most potent ‘S’ guise.

A ‘standard’ variant is available producing a more modest 476 BHP and a still massive 650NM.

Concerns of a less characterful soundtrack than the old 6.2 N/A are just about withering in the wake of encouraging sonorous promo footage. Automotive acoustics have always been an AMG strong suit and the introduction of forced induction here is looking to not be the exception most have dreaded.

The new 4 litre architecture is said to be extensively tunable as well with a reported 700 horsepower predicted max capacity in development. 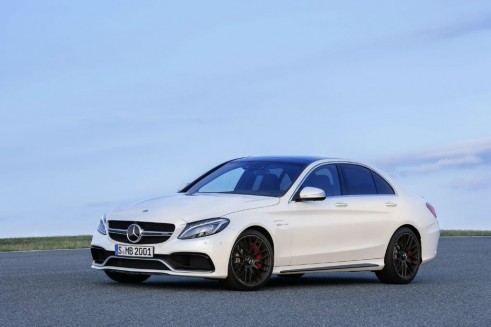 Styling wise again, both the AMG GT and new C63 are forging ahead with a new cleaner cut, smoother, less aggressive but no less handsome strand of AMG DNA.

Looking more expensive and grown up than its forbears, the C63 is styled to match that class leading power figure. Interior wise, fit and finish appear to be as seen on the standard C’- exquisite, albeit with the annoying pad pod stubbornly remaining- this appears to be the only aspect of the new C63s interior appointment that could be considered sub par. 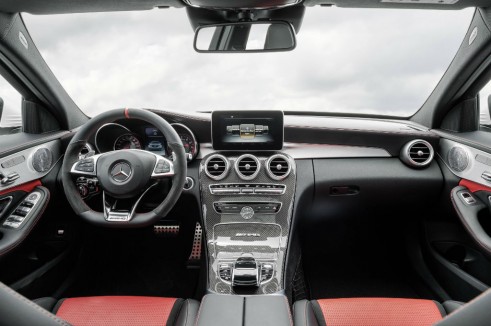 Available in saloon and wagon variants, the C63 is set to be unveiled alongside its AMG GT sibling in all variations at Paris where pricing for the sports sedan may be disclosed with the open order books.

Rumours of a sleeker coupe variant making an appearance next year renew excitement for the possibility of a successor to the legendary ‘Black’ of 2012. In the meantime the new car looks to be taking the fight to the M4 once again. 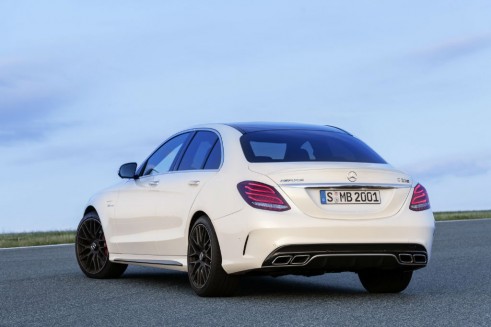