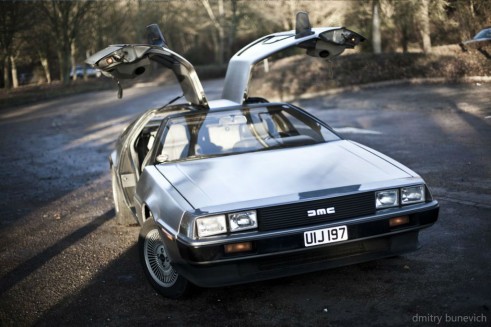 Most people know of the DeLorean DMC-12, that gleaming stainless steel machine made infamous by the Back To The Future film franchise.

But the story of the DeLorean started in 1976 when the first prototype appeared, full production then began in 1981 in Dunmurry, Northern Ireland. The DeLorean Motor Company was heavily backed by the UK government of the time.

Around 9,000 DeLoreans were built before the DeLorean Motor Company folded in 1982 due to lack of demand, cost overruns and bad exchange rates. As of 2007 only 6,500 existed, actual numbers today are unknown. 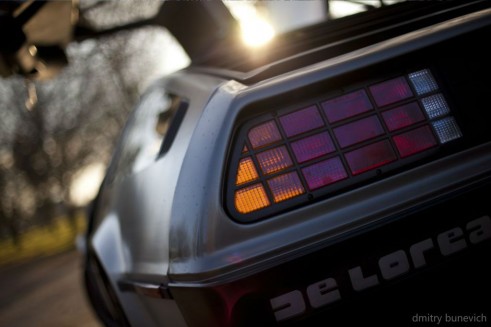 The Carlton’s 206BHP to those rear wheels 😀

What made you buy the DeLorean?

I was flicking through the July 1995 edition of Classic and Sportscar admiring all the classics and saw a little ad in the back which contained a small black and white photo of a right hand drive DeLorean DMC-12 for sale.

Seeing it was like being hit by a bolt of lightning; I just had to have one.  I contacted the Treasurer of the DeLorean Owners Club (DOC) and went to meet him and to see my first Stainless Steel DeLorean thinking of it being a case of don’t meet your heroes.

Unfortunately I succumbed to what they call ‘DeLorean fever’ as it only made things worse.  I realised that I could use it as a daily car and this meant I was now truly hooked. 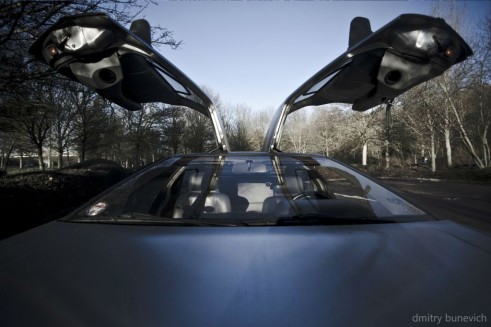 Where did you find the car?

Through the owners club.  The owner already had an Auto and bought this car in from the States to work on and then sell.

I couldn’t quite afford a minter but this one was mechanically A1, had only 6000 miles (October 1981 build) but had a little interior Sun damage.  As he had already imported it I only had a short drive to Enfield to see/buy the car. 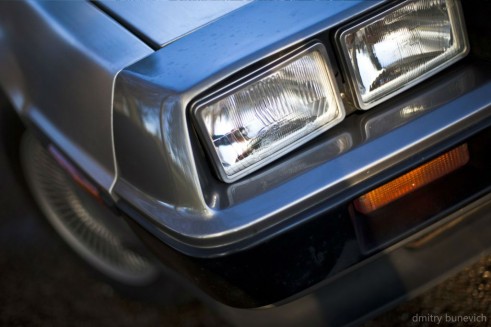 It was built in Dumurry, Northern Ireland and shipped to the West Coast (like many were as this was to be their primary market).

It’s unknown how many owners it had but the low mileage points to it being an investment car.  It was purchased by the UK owner that I bought it from in 2000, and he had it shipped in from Arizona. 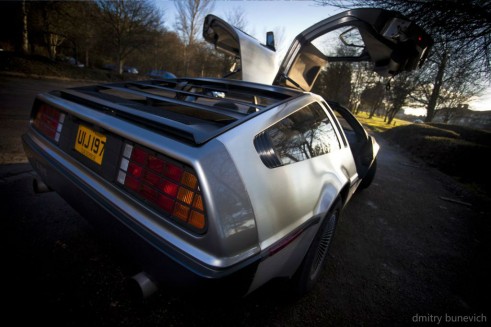 ALL of it, the way it makes me feel when I drive it.  Lotus did the engineering/handling so it is feels fantastic. 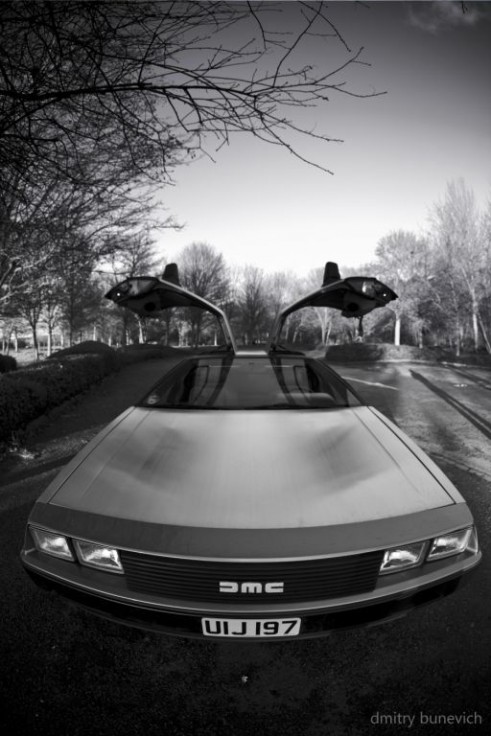 The stock car only has 130BHP in US spec and my car is currently the UK spec of 170BHP but definitely looking to do the Twin Turbo which would change the car from being a normally aspirated 2.85 V6 to a 3L Twin Turbo running EFI (instead of the stock mechanical fuel injection) putting out around 350BHP.

Having owned the car since January 2002 and having put over 60,000 miles on it I’ve found the car to be dependable/reliable after some initial age related issues with the clutch master cylinder going and radiator leaking (now has an aluminium replacement).

If you are in a rush try and avoid petrol stations as enthusiasts want to ask questions and take photos.  Normally I relish being out and about in the car and seeing the joy it brings. 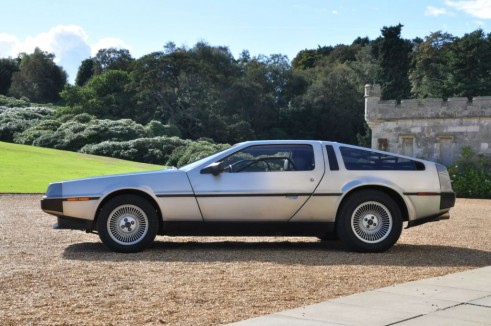 It’s my main car and although I don’t need to drive every day (I cycle 2.5 miles to work) I use it as often as I can.

What made you start hiring it out?

A fellow club member started the site and as he wanted to emigrate to the states so he offered the site to me to take over. 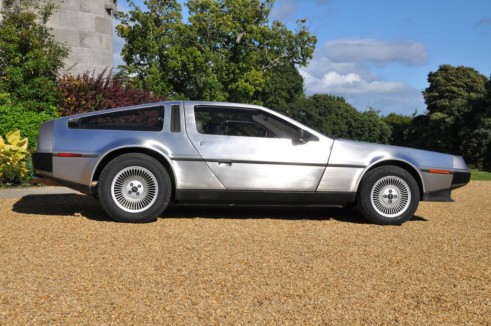 I’ve had as little as 21 mpg driving it hard around Milton Keynes with the aircon on full blast.  I achieved 40mpg once though on the run up to Edinburgh as I was on the motorway from filling up until it needed filling up again.

How many miles a year do you drive in it? 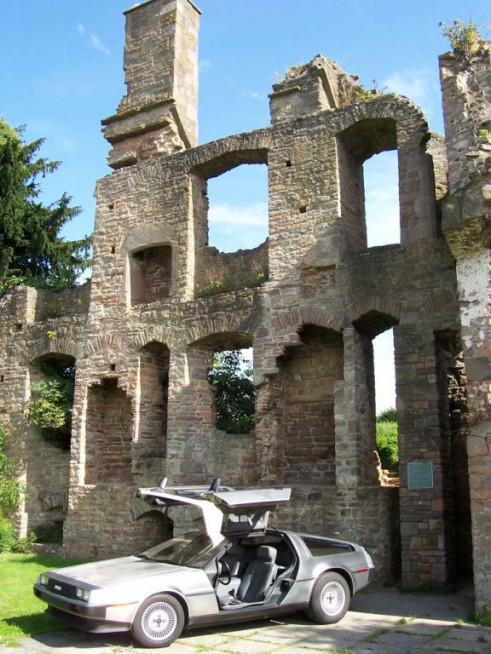 Where do you get it serviced, and how often?

Annually, or over 6000 miles.  I’ve found a classic car specialist who used to build Renault PRV engines so he’s right at home working on the DeLorean. 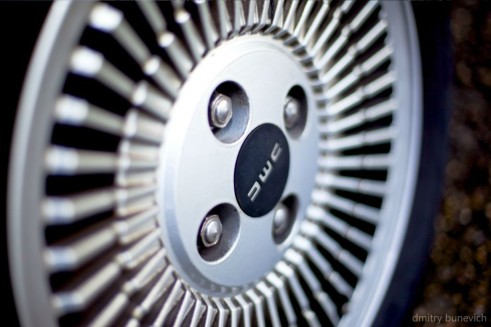 Does it cost a lot to tax and insure?

Tax was £225 last year although if the rolling 25 years old Tax exception is back then I only have a few years for 1981 to be included.  Classic policy last year was £310 to insure.

Tyres, where do you manage to source them and how much are they?

Pirelli P6000 for the front and P600 for the rear.  Micheldever has normally been the best (they ship them to my fitter).  I enjoy around 25,000 per set although they cost more and more each time I need to change them.  I think I’ll be looking at over £400 for the set next time around…

Are you planning on keeping it forever?

I plan to.  In fact the number plate has a time travel reference with 20 in the top left corner and 31 in the top right corner to denote 2031 when the car will be fifty years old.

Where do you get parts from?

The club, local motor factors, Halfords and the US vendors.  Generally speaking the mechanicals are readily available in this country.  It’s the cosmetics that need to be purchased from the vendors. 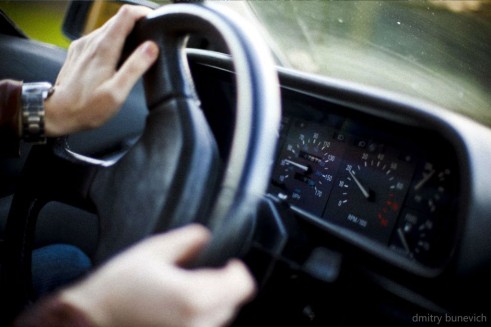 Thankfully just a handful, the most spectacular was spinning it out at a disused airfield.

How many times have you hit your head on the doors?

A couple of times, if you’re lucky you catch your head on the padded part.  The gullwings hinge at the roof centre so when swinging up are only occupying eleven inches at the widest point which means getting in/out in tight spaces is a breeze. 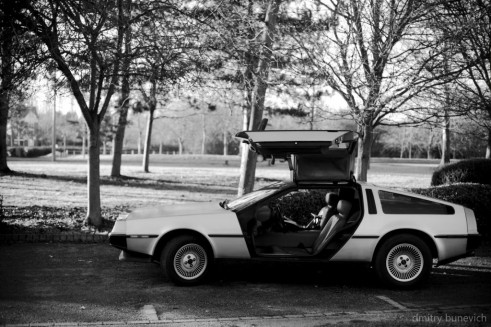 I had some teething problems with the implementation of the upgraded 4 pot braking system and twin adjustable shocks which are to prepare the car ahead of the twin turbo conversion.

Are you planning any more back to the future mods?

I’ve drawn the line at the Flux Capacitor.  It’s the world’s first Factory look fit Flux.  I’m going down the performance route instead of following the BTTF trend. 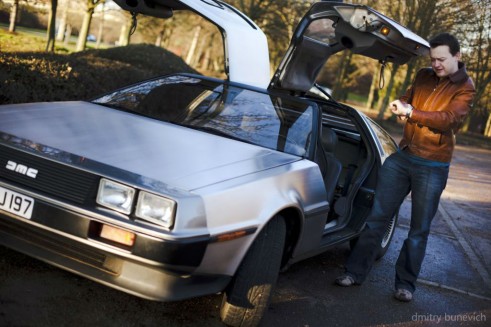 A piece of history that changed the lives of everyone involved in its ingestion, aftermath and legacy.  It’s not just a car, but a way of life.  I’ve taken someone out in it once and they then chose to buy a DeLorean and then a house with a double garage so that they could perform a nut and bolt restoration.

I’ve never grown tired of just looking at it and just getting behind the wheel puts a smile on my face every time.  It’s like a big Lego kit, so easy to work on and with great support from fellow owners, owning this piece of history is quite an honour. 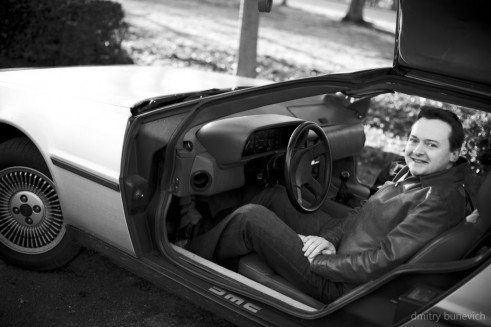 Carwitter would like to say a big thank you to the owner – Chris Hawes, for taking the time out to help create this feature.

If you ever want to hire a DeLorean for a day, check out delorean-hire.co.uk

© – All images Copyright of Dmitry Bunevich.