Nissan first launched the hot Juke Nismo in 2013, it was the first fully blown Nismo vehicle to come to market. We reviewed it and enjoyed it very much, but there was one gripe…it needed a limited slip diff.

That original Juke Nismo was killed off toward the end of last year, a few months prior though a Nismo RS version had been previewed. In its list of tweaks was a fabled front diff.

We took the latest version for a steer to see if it had done the trick! 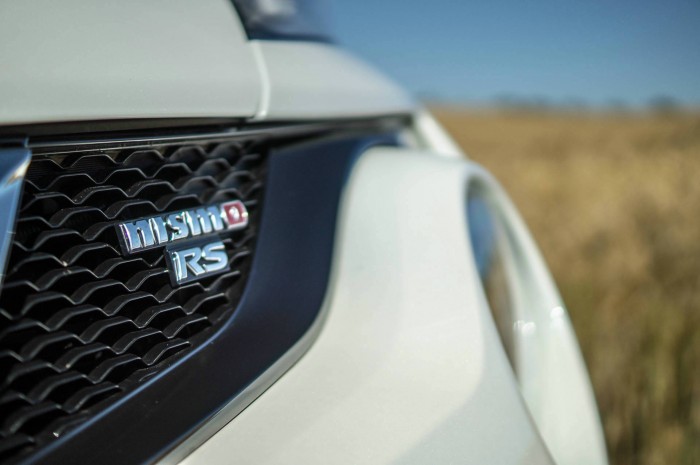 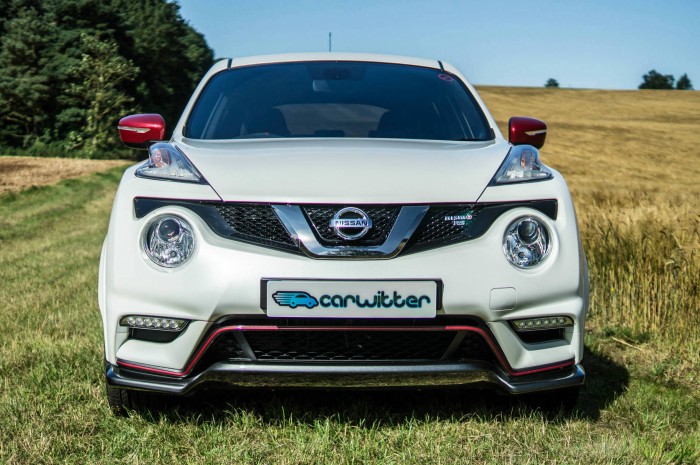 From the outside the NISMO RS differs only slightly from the original.

New additions are projector main headlights, facelifted upper lights and indicators in the wing mirrors, oh and at the rear you now get those smarter new lamps too. 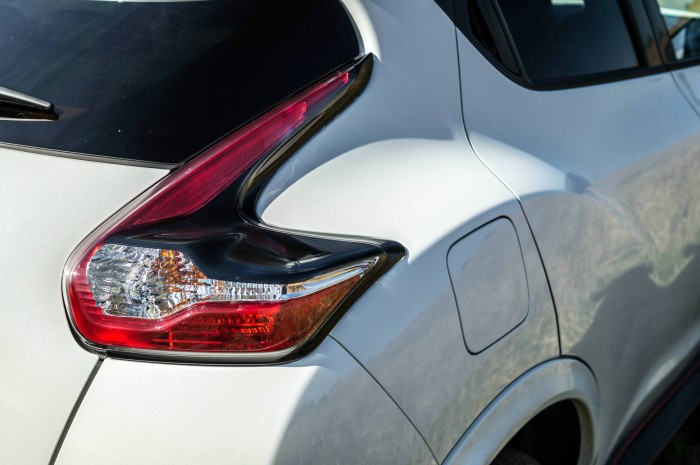 It still looks mean, imposing and menacing for being such a small crossover. 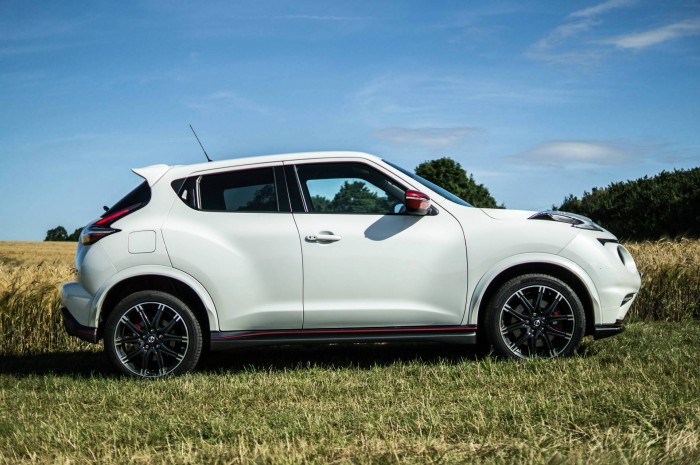 So has the diff cured all? Well…it has in a way.

You no longer get any wheel spin out of junctions, nor when pushing on in corners. You do however get quite a bit of torque steer.

Some diffs are better than others at this. In the new Peugeot 308 GTi for example you don’t even notice it has a diff until you really put the car hard into a corner. It’s just subtle and gets the job done.

The diff in the NISMO RS on the other hand has you fighting with the wheel, making small corrections as the front tyres grab and pull at the tarmac below them. 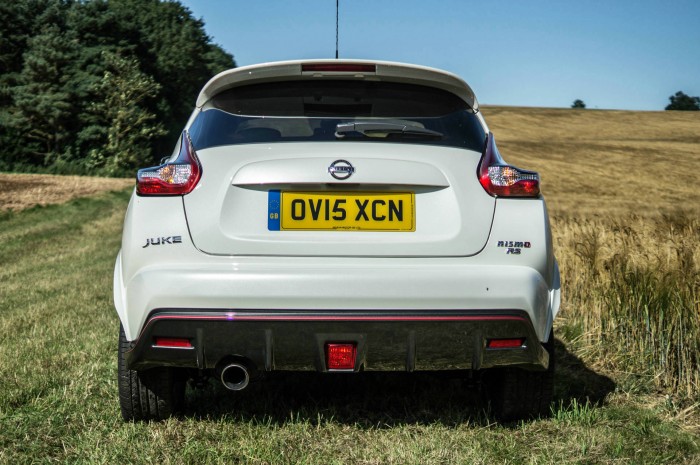 I’m not saying this is a bad thing, it certainly keeps you on your toes which is rather enjoyable. However it won’t be to everyone’s taste.

Power has been bumped up to 218 BHP, which is only 18 more than the original. Torque however has been upped on this 2WD version by 30NM to 280, pretty impressive from a 1.6 turbo.

Braking always felt good in the NISMO mark one, but they now feel even better due to their size being upped from 296mm to 320mm, Nissan have also installed vented rear discs to help reduce fade. 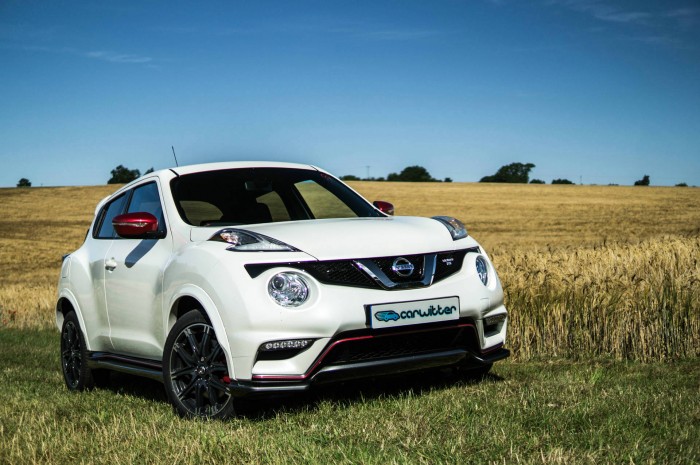 Nissan’s boffins have also reworked the spring and damper rates, as well as strengthening and increasing the torsional rigidity. You can definitely notice this, the NISMO RS now feels more hot hatch like.
Ride is firmer, but still liveable daily – it’s just that now the Juke feels less stout and more planted than its predecessor.

And it’s not slow by any means, 0-62 is covered in 7 seconds which is still damn close to the current hot hatch crop. Even if the Juke is lugging around 1315kg.

Over 321 miles we managed 30.2 MPG, the Urban rating is stated as 29.7 and to be honest this is a big, heavy car to lug around. So don’t expect anything more than low 30’s around town. 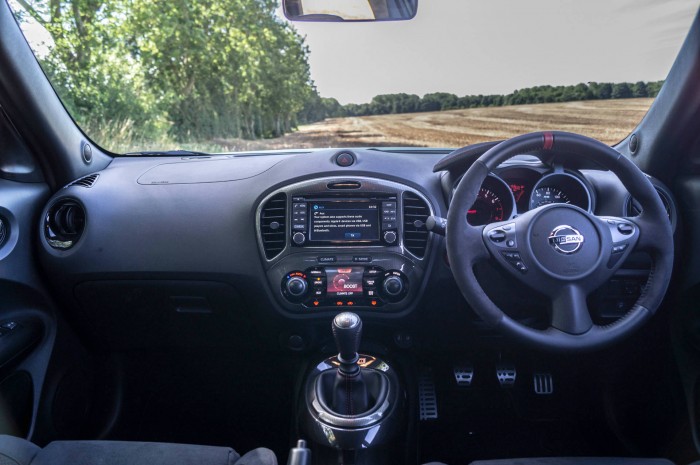 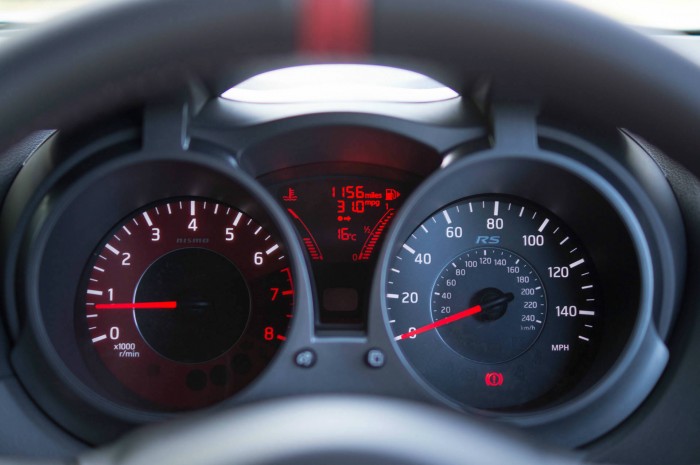 Once inside the changes are minimal, a water print faux carbon effect has been added to the top of the gear knob and centre console. Whilst the dial cowling is now fully trimmed in suede with red stitching, it looks gorgeous!

The back seats are also to die for, being covered fully in suede they look stunning. 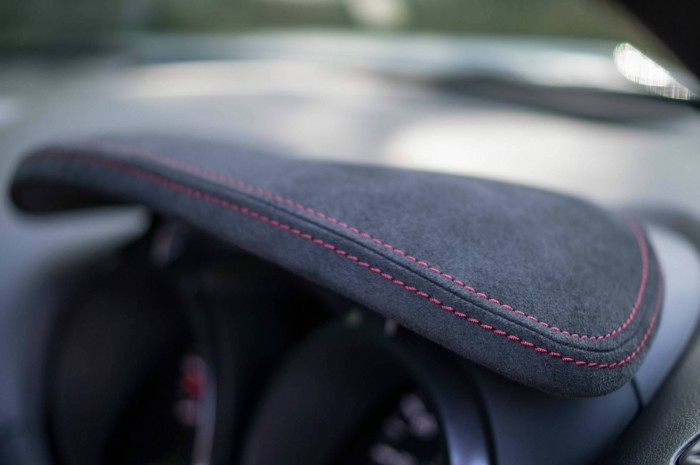 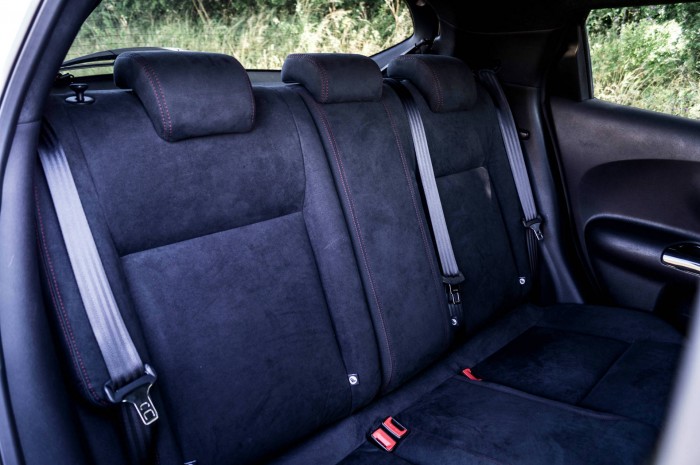 At the back Nissan have thoughtfully increased the luggage space by simply redesigning the boot plastics. You now get 40% more stowage space at 354 litres along with a handy split boot floor. 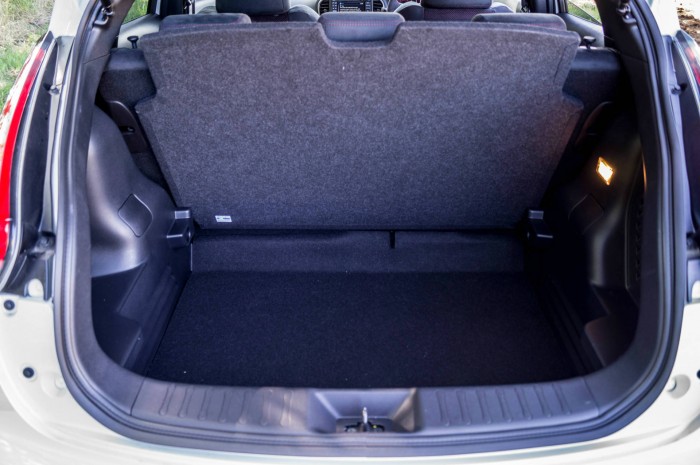 All these small tweaks add up to a big improvement. The NISMO RS is more driveable than the original, it gets the power down much better and the small interior tweaks are nice additions.

You can opt for a 4WD CVT model, this forgoes the limit slip diff in favour of torque vectoring. But it has a CVT and extra weight. We don’t think they will sell any of those…

In basic trim this beefy Juke will set you back £21,995 which is comparable to the majority of most of the other hot hatch fodder on offer.

Basically the NISMO RS is how the Juke should have been from the start. But you live and learn, Nissan certainly have! 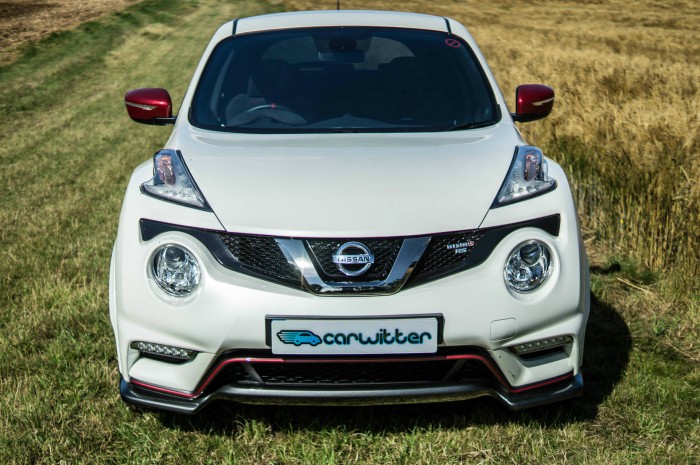 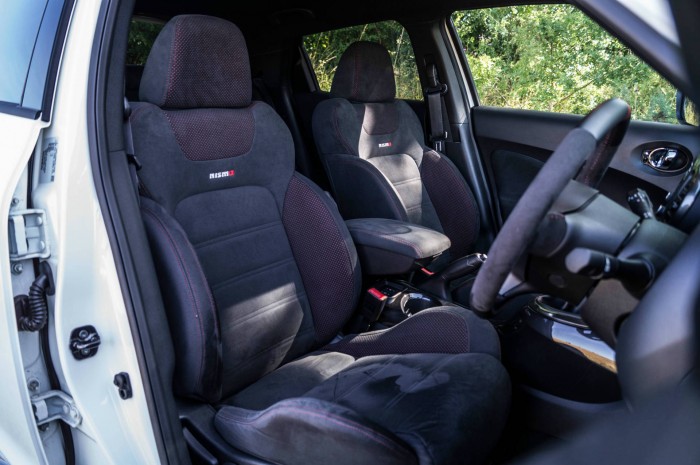 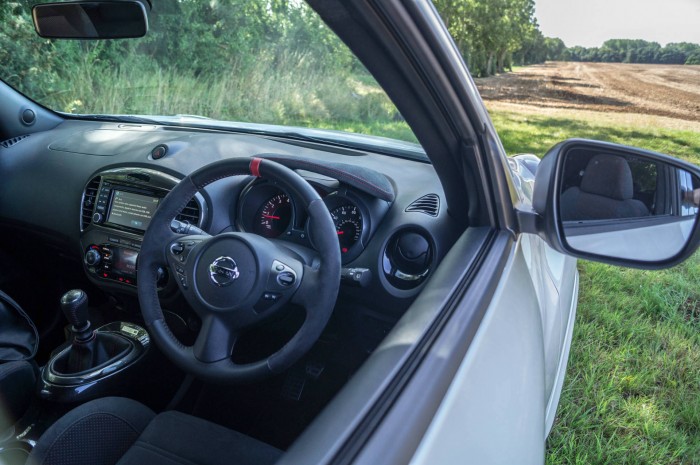 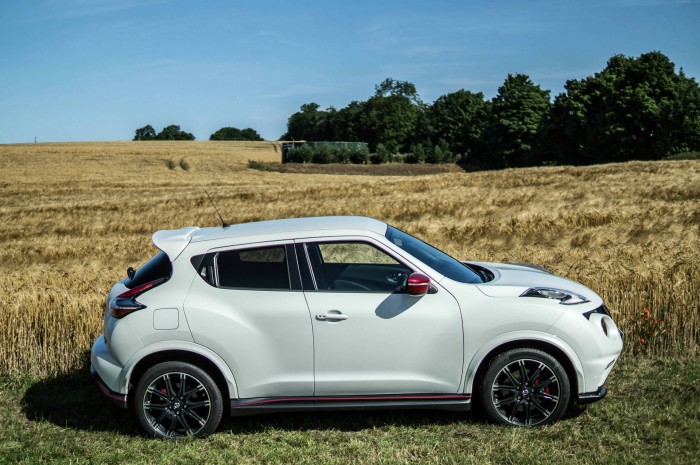 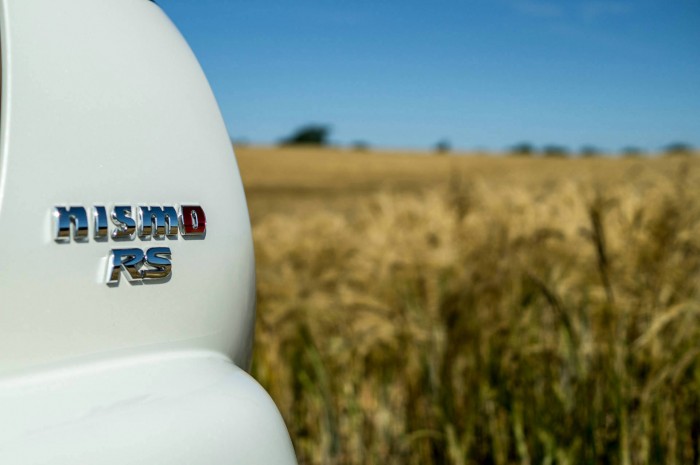 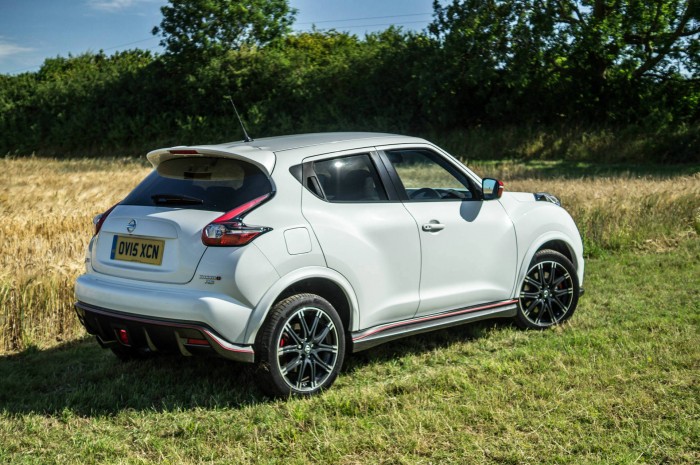