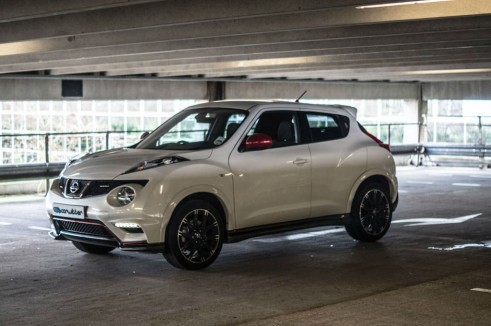 Nissan Motorsport Limited AKA NISMO was founded in 1984, but it has taken 29 years for them to release a fully blown, fully developed and supported road car into the UK market. 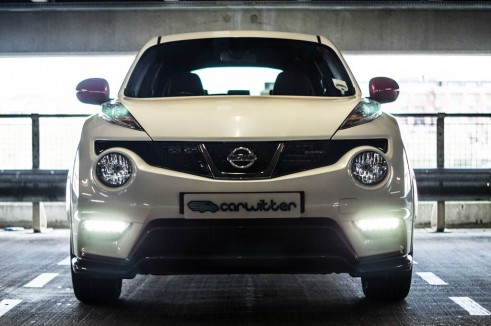 Nissan took a brave move with the Juke, it will always be a ‘marmite’ car. Some love it, some hate it.

With the amount I see on the road it looks as though that brave design move has paid off!

The NISMO variant adds new bumpers front and rear, side skirts and a rather mean looking spoiler.

Up front you find yet more lights in the form of daytime LED’s, beneath them sits a low front splitter in gunmetal grey.

A red pinstripe runs right around the car, separating the lower sills from the bodywork.

Wheel arch extensions are found along the sides, whilst at the back a deep rear diffuser houses a singular large exhaust tip. 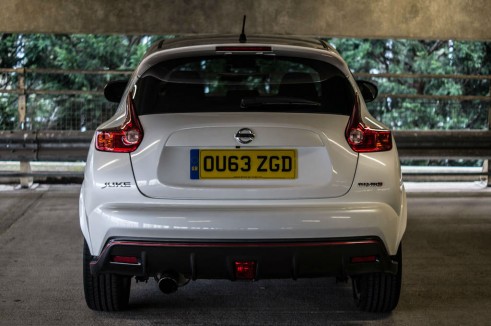 I much prefer the look of the NISMO than the standard Juke, it just looks more finished off and completed.

The dark 18 inch alloys fill the arches much better too, the only thing I would change is to add an extra exhaust tip…it currently looks a little lopsided for such a powerful beast. 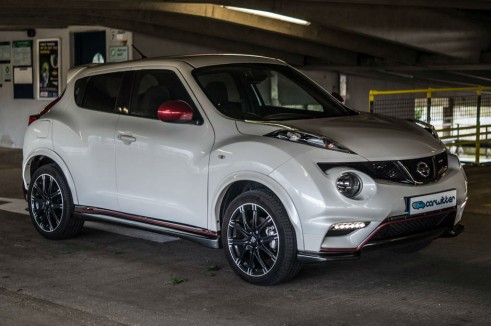 Onto the drive…this thing handles incredibly for such a big car! Plant that right foot to the floor and you are pulled onward with so much torque, it has some real grunt about it.

So much so that it sometimes struggles to get all that power down through just the front wheels.

Nail the throttle on the exit of a corner and you can find the inside tyre scrabbling, the revs climbing and then ESP cutting in to calm it all down.

Granted this only happens in first and second whilst in Sport mode…but maybe a diff would have helped up front? 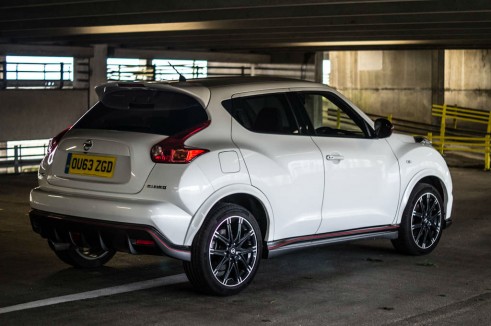 Through the twisties the Juke is very well controlled considering its height and mass.

The stiff suspension helps this a lot, and makes it really feel like a hatchback rather than a crossover.

Push it to the limits and the weight will catch up with you, but when driving at speed through B roads it stays well settled.

Now the springs are fairly stiff, you will feel bumps and potholes, along more cratered roads this can become tiresome.

But it’s the price you pay for having such agile handling. 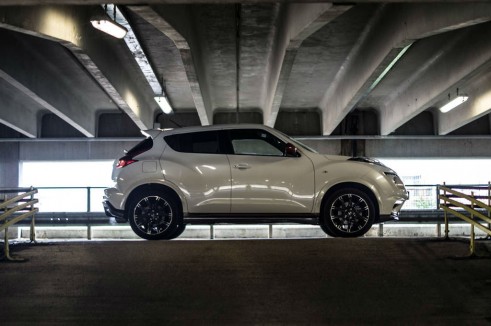 And the brakes, well…they are just superb!

You can leave it stupidly late before letting the anchors fly into a corner, they have excellent bite to them slowing you quickly without the ABS cutting in at all.

They give great confidence, corner after corner they still felt sharp and responsive. 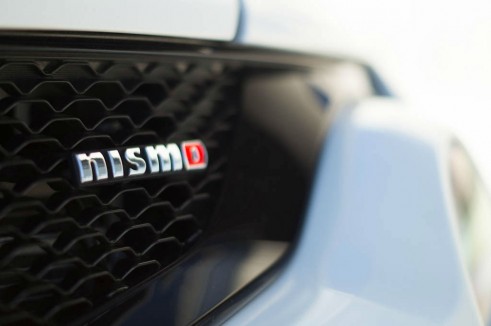 We left the NISMO Juke in Sport mode the whole time, consequently over 180 miles of brisk town driving we only managed 24.5 MPG.

Nissan claim Urban MPG at 31, on a good run it should achieve that; expect middling 30’s.

But around town, and driving it like it should be driven don’t be surprised with low 20’s!

The exhaust tone is rather underwhelming to say the least, you cant hear it at all from the cabin…the only thing you can hear when putting your foot down is the rather thrashy sounding engine.

Inside the Juke you find a very smart set of NISMO sports seats finished in suede with red stitching, these are ultra-comfy. 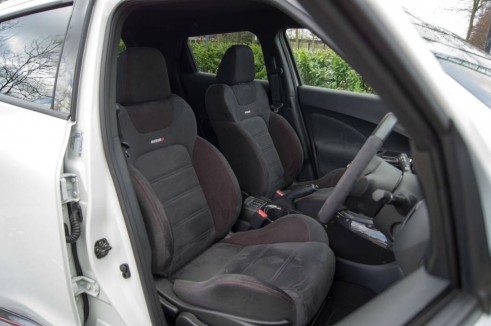 They are simply bliss on long journeys!

A little more lateral support would be nice as they were still a tad too wide, and not as hugging as id have liked in a car of this ilk. 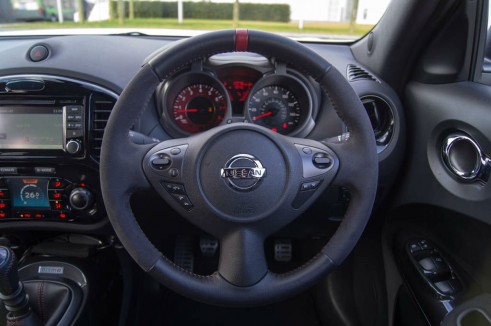 A black headlining makes for a cosy interior, there are a few NISMO splashes here and there – like the half Alcantara clad wheel – but apart from that it’s standard Juke inside. 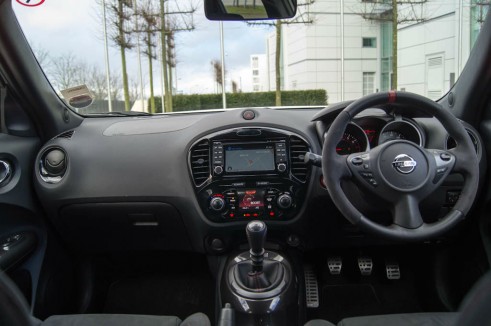 The top half of the dash is made from hard scratchy plastic, I was expecting something a bit more premium but it looks better than it feels, and is easy on the eye. 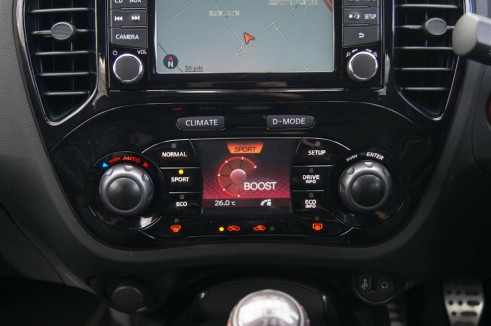 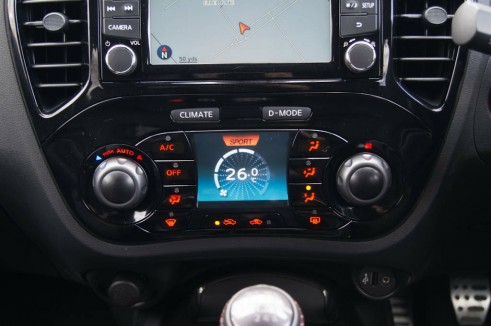 In the middle you find smarter gloss black plastic surrounding the centre console.

To keep clutter to a minimum Nissan have doubled up each button, press ‘Climate’ and you get a temperature display on the LCD screen, and all the surrounding buttons change to air vents and the like.

Press D-Mode and the buttons change to Normal, Eco, and Sport as well as vehicle setup buttons. It’s a very neat touch and works well. 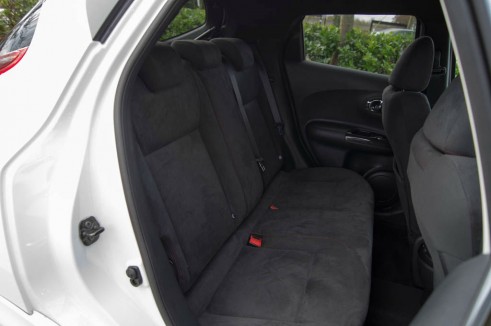 Rear seat leg room is a little on the tight side, ok for kids but 4 average sized adults would struggle on longer journeys.

Head room is reasonable but would again be a little tight for anyone nearing 6 foot. 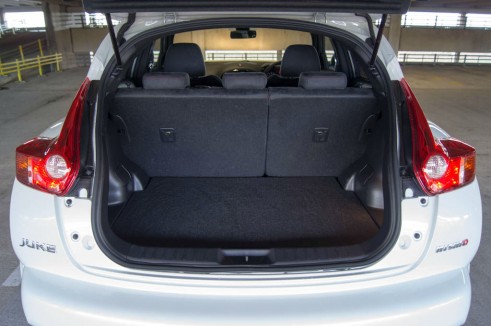 Boot space is slightly pokey at 251 litres (less than a Peugeot 208 GTi), but there is a lower section that could be taken out as there isn’t a spare if extra room is needed. 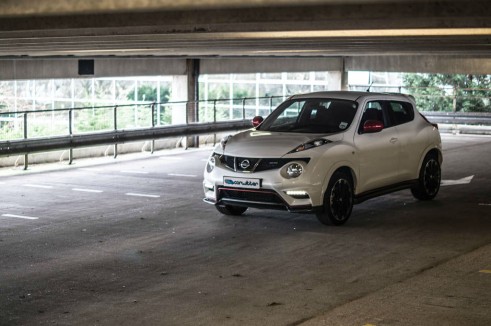 Nissan’s NISMO Juke shows that crossovers don’t all have to be boring family luggers.

200 HP makes the Juke a pocket rocket, and NISMO’s tweaks to the handling setup mean it’s a pretty darn good drivers car for a B road blast.

Priced £20,395 it puts it squarely in the realms of other hot hatches, want more practicality for the school run and a higher driving position? You know what one choose! 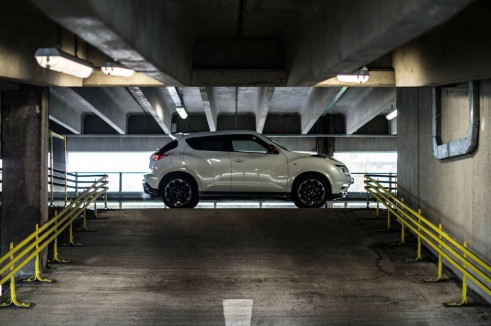 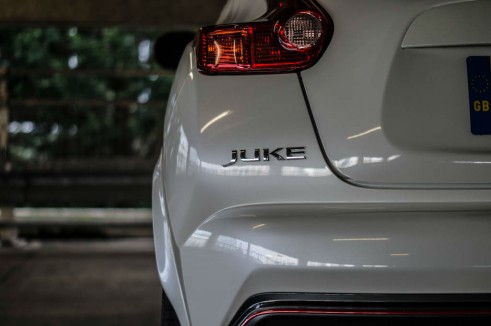 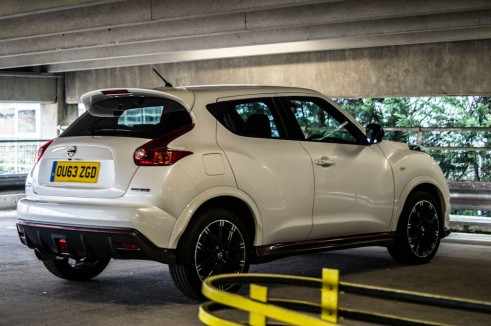