After releasing several teaser images over the past few weeks, Skoda have fully revealed the new Kodiaq SUV.

Exterior wise the design of the Kodiaq is clean-cut with its highly recessed shoulder line and double horizontal lines on the front. The radiator grille is wide and three-dimensional and is paired up with double sharp edged narrow yet wide headlights which together give a typical Skoda look. 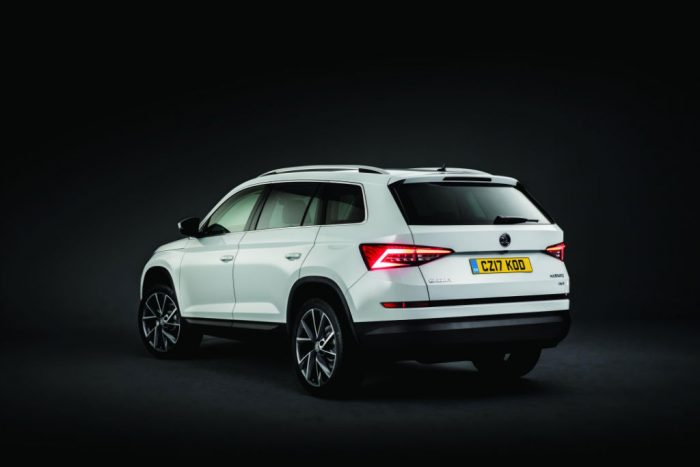 The double headlights and rear lights have a crystalline structure which Skoda’s head of design Jozef Kabaň were inspired by traditional Czech crystal glass art. Its headlights are also all-LED which is a first for a Skoda car. 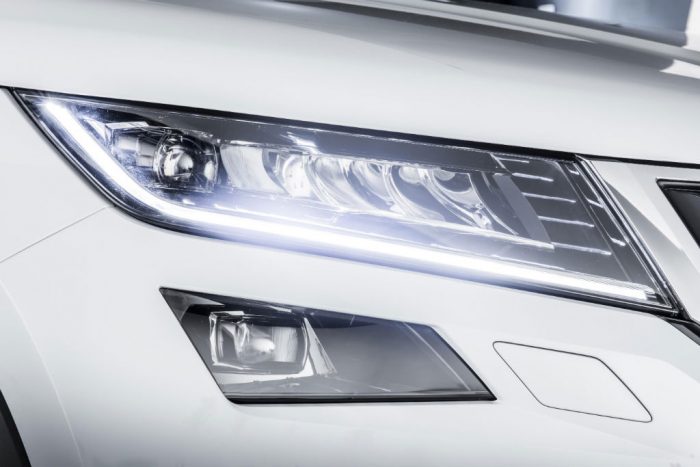 They’ll be a choice of 14 paint finishes  – four standard colours and ten metallic colours. They will also be three trim levels – Active, Ambition and Style. 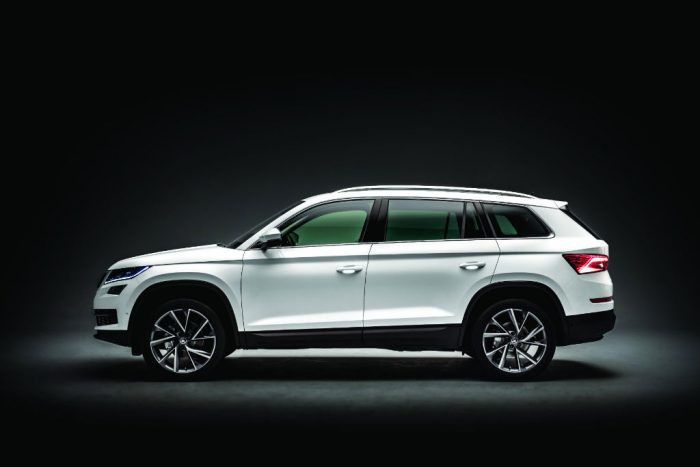 The interior design sees bold vertical features such four large air vents and the large display which split the instrument panel into two equal sections for the driver and passenger.

Everything has been designed to be easy to use and there’s a minimal amount of physical buttons and knobs. 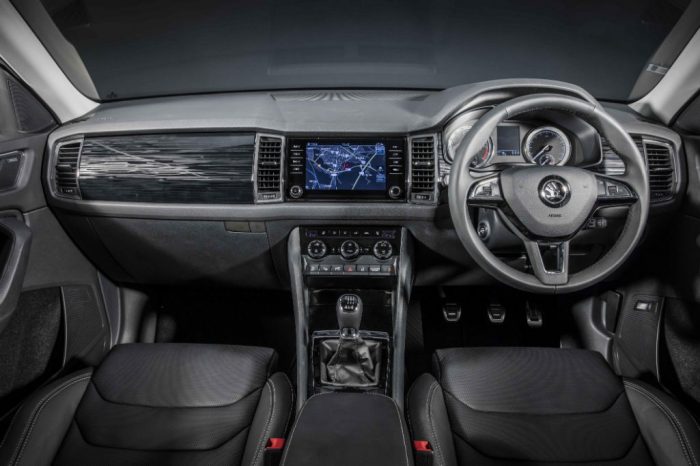 The Kodiaq offers a larger-than-average interior space for the SUV segment. Yet with this, it’s just 40 mm longer than the Skoda Octavia. The boot is largest in its class with a volume of up to 2,065 litres. 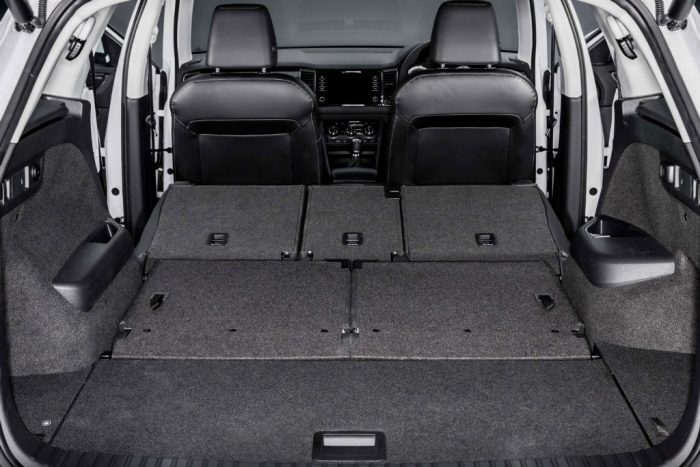 Skoda have equipped the Kodiaq with some clever features such as door-edge protection which sees trim on preloaded springs deploy when opening the car door to prevent the metal edge of the door from hitting a garage wall or parked car. When shutting the door, the trim folds itself back in.

There’s also some neat features when driving such as Driving Mode Select which allows the driver to adjust the operation of the engine and DSG management, power steering, air conditioning and other systems in Normal, Eco, Sport and Individual modes.

The Skoda Kodiaq will come with five engines, two diesel (TDI) and three petrol (TSI) engines. These are 1.4 and 2.0 with performance ranges from 125 PS and 190 PS. To work along with the engines will be a 6-speed manual gearbox and either a 6 or 7-speed DSG gearboxes. They’ll be a choice of FWD and AWD.

The Skoda Kodiaq will be available early 2017.