As promised and ahead of a barrage of teasers, Mercedes has revealed their full fat M4 rival- the C63 AMG Coupe. 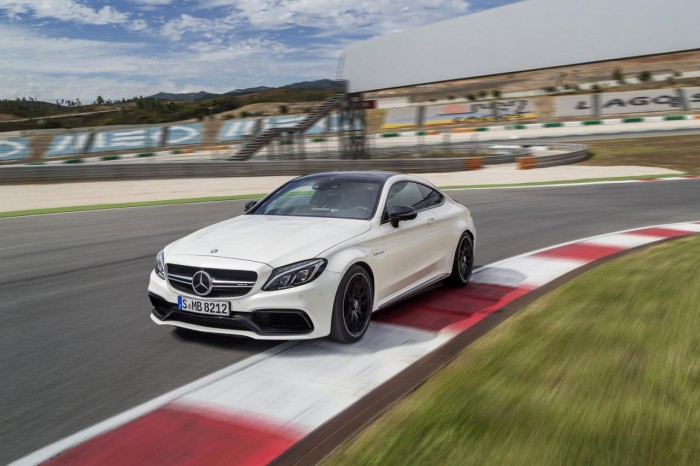 Looks wise it takes the premium feel of the standard C Class Coupe to the nth degree with the AMG frippery appearing much more pronounced on the Coupe than the somewhat understated application on the C63 Saloon.

The pronounced power bulges on the aluminium bonnet, four large (presumably woofly with the new V8) exhausts flanking its buttocks and the strong aggressive AMG jaw give the C Coupe a no more than pertinent ‘roid boost aesthetically over standard. Next to the M4 the new C63 Coupe is almost literally in a completely different class to the by comparison rather overly extroverted and gnarly looking M4. 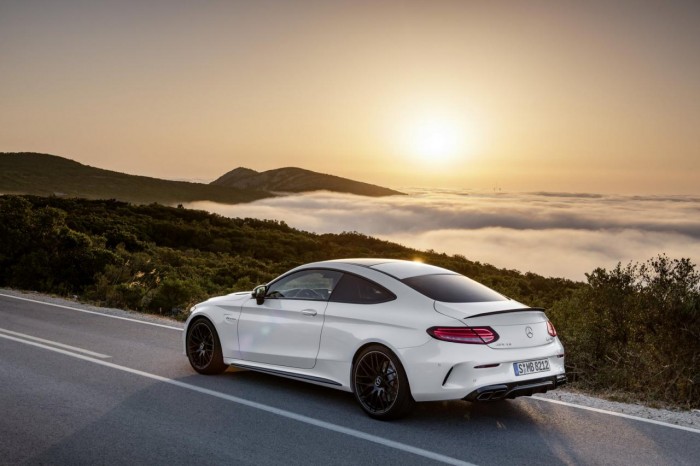 The inside remains largely similar with the usual AMG trimmings including copious lashings of Carbon fibre trimming and the familiar AMG performance seating. 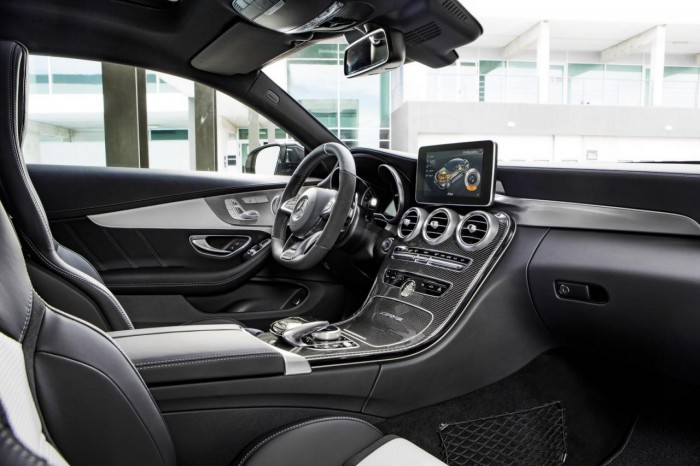 Under the skin much of the C63 Saloons internals will carry over including the four litre twin turbocharged “hot V” V8 producing 476bhp and 479 ib/ft of torque in its standard tune and 503bhp and 516 ib/ft in “S” guise. Both put power to the wheels via the seven speed dual clutch transmission and will see 62 in 4 seconds or less and hit a maximum of 180 with the more lenient limiter fitted. 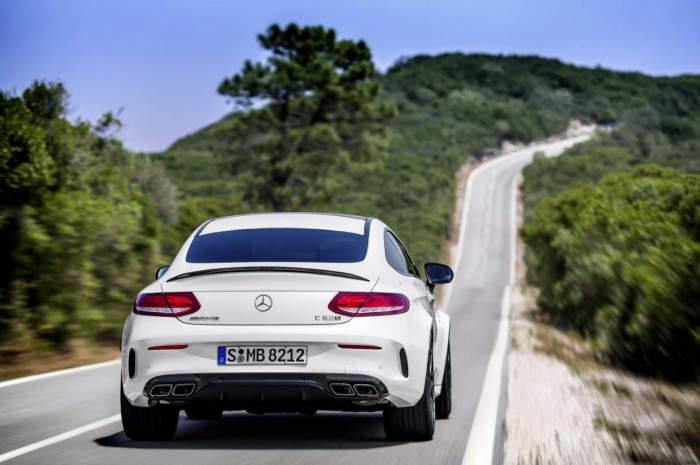 Dynamically it should reflect the driving characteristics of the saloon which is a fair margin more civilised compared to it’s famously rather aggressive forbearer. A lower centre of gravity and more central seat positioning should give the C63 Coupe a more delicate dynamic character than the saloon with traits of the flagship AMG GT filtering through more identifiably. 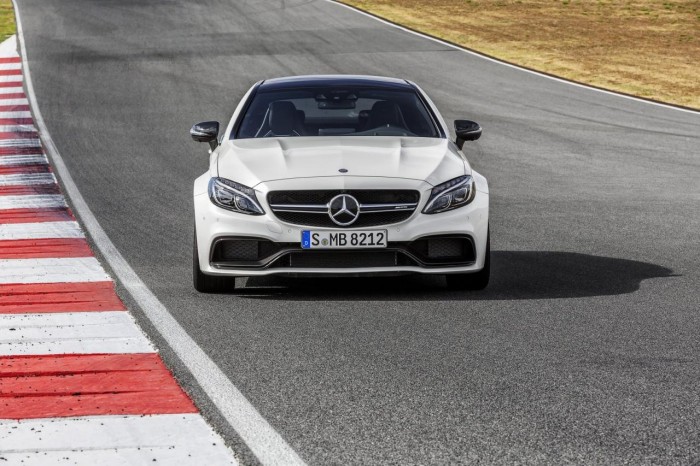 The C63 AMG Coupe is due to debut at this years Frankfurt Motor Show in September before hitting the road properly around Q2 of 2016. Prices as yet are unannounced but expect a slight premium over its moor doored siblings. We look forward to the unveil and the inevitable barrage of comparison tests with the BMW M4.