McLaren have taken the top off its Sports Series car with the announcement of the 570S Spider.

The 570S Spider is the third body style joining the Coupe and the GT.

570S Spider comes with a lightweight two-piece retractable hardtop which takes engineering from the McLaren 650S and 675LT Spider. The hardtop adds just 46kg to the weight of the Spider. 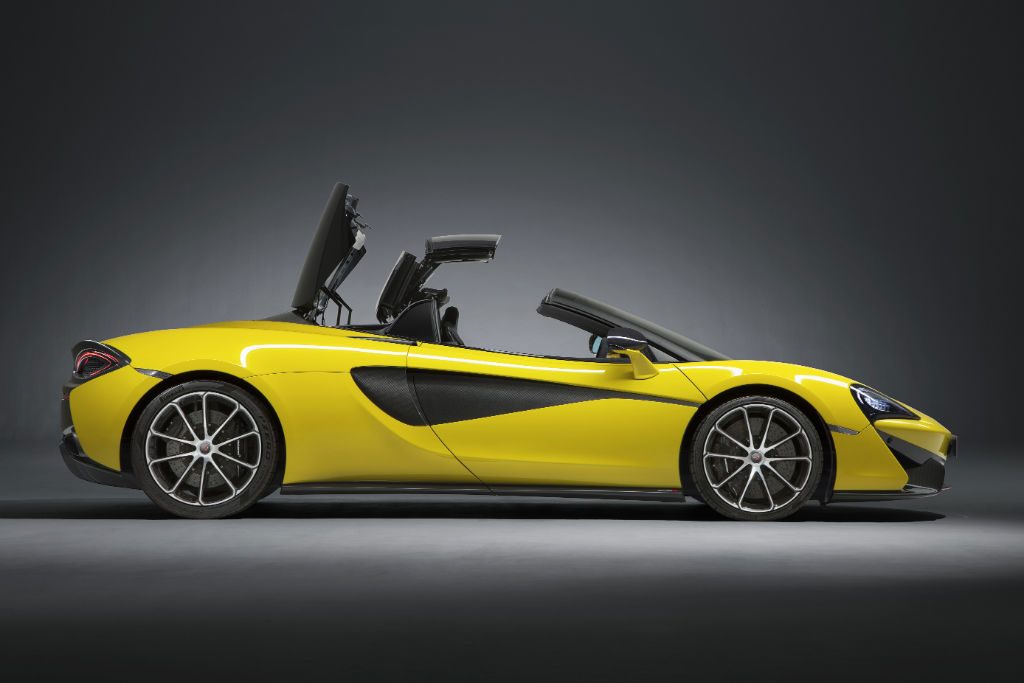 Its roof can be opened or closed in just 15 seconds up to 25 mph. A glazed wind deflector can be electrically raised or lowered. McLaren state the 570S Spider’s retractable hardtop will withstand the harshest of weather conditions.

The 570S Spider is made from a carbon fibre MonoCell II chassis used for McLaren’s Sports Series. The Spider still has the same strength and stiffness of its Coupe and GT relations. 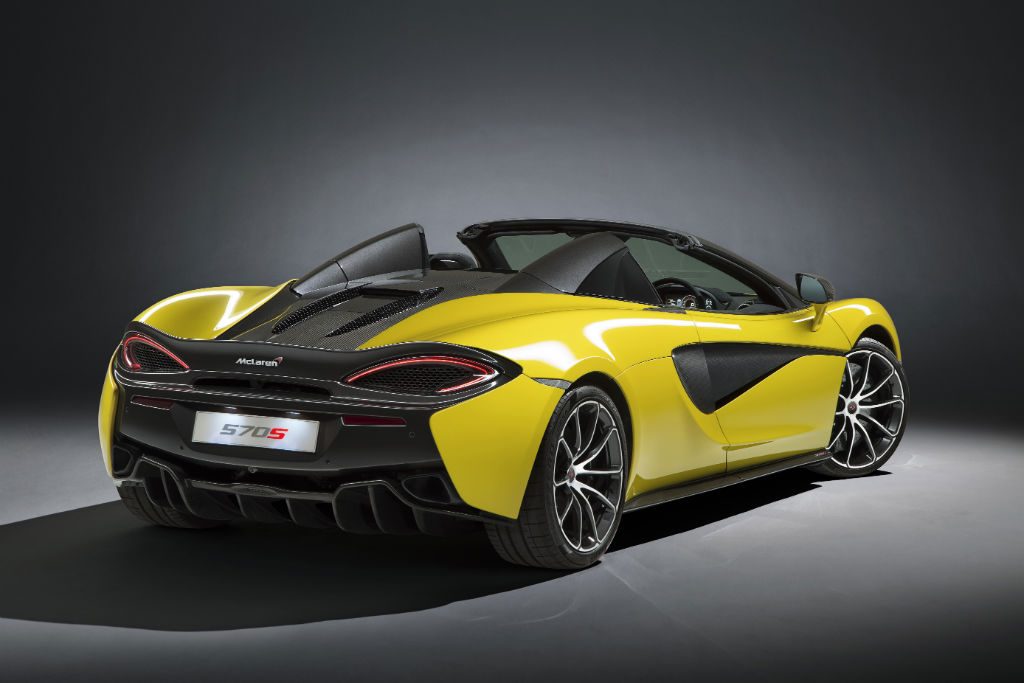 The 570S Spider comes with the 3.8-litre twin-turbocharged McLaren V8 engine which produces a power-to-weight ratio of 419PS per tonne. 0-62mph is done in 3.2 seconds and top speed  is 204 mph with the roof up and 196 mph with the roof down.

“The McLaren 570S Spider is the most attainable McLaren Spider to date and adds yet another dimension to the McLaren Sports Series family.  This is a convertible without compromise; its mid-engined layout and carbon fibre MonoCell II chassis guarantee the same thrilling dynamic performance and exceptional driver involvement enjoyed in a 570S Coupé, but with the added attraction of a retractable hard-top that delivers the extra exhilaration of roof-down motoring.” said Mike Flewitt, Chief Executive Officer at McLaren Automotive.

McLaren 570S Spider will start from £164,750 with the first cars due to be delivered in August.

The McLaren 570S Spider will have it’s debut at the Goodwood Festival of Speed on 29th June. 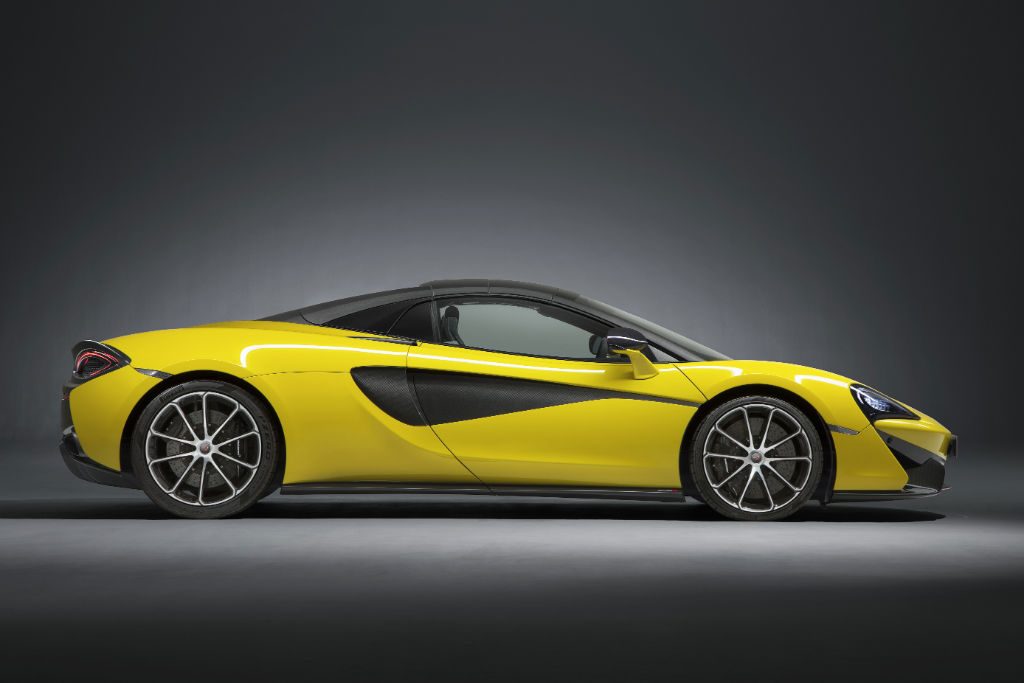