SUV, it stands for Sports Utility Vehicle. That lead word, ‘Sports’ has become somewhat lost along the way. Most recent SUV’s are just huge great off-roaders with little to no actual performance apart from some average straight-line speed. Maserati has changed that.

When they announced the Levante everyone thought the company was jumping on the SUV bandwagon, which is sort of true. What they didn’t count on was just how damn good the Levante would be to drive.

A month ago I got to try Maserati’s first venture into the world of the SUV myself, it was rather refreshing. 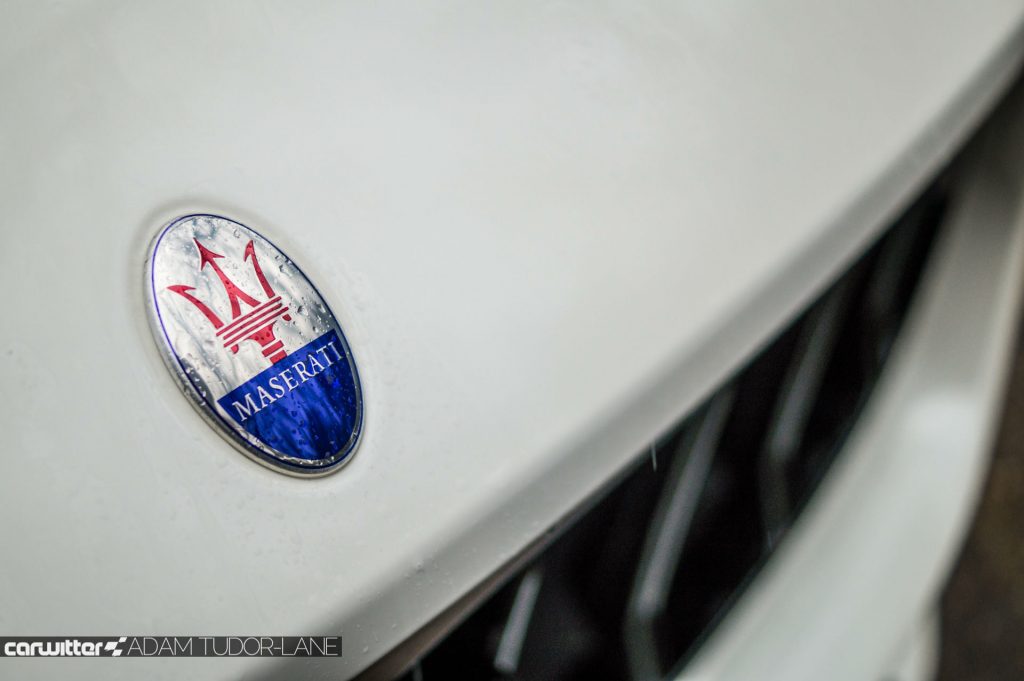 Which model is best?

Firstly it’s the S model you want, while the diesels never made it to these shores, it’s all about that Ferrari built 3.0 litre twin-turbo V6 petrol. It makes 424 hp and 428 lb-ft of torque. It will hit 60 mph in 5 seconds flat.
There’s the Trofeo coming just around the corner, a V8 fire breather that’s not for UK consumption, but trust me…a V6 twin turbo is more than enough in a car this size. 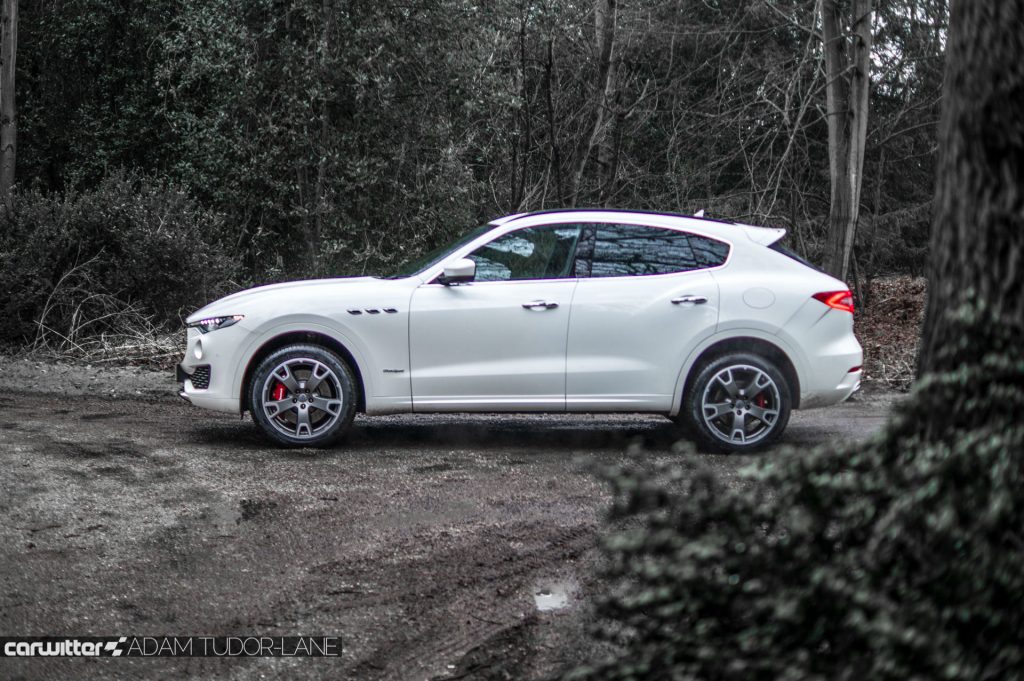 While Maserati claims the Levante is ‘Crafted for all-terrain adventures’ you’re most likely only ever gonna use it on pristine tarmac. It can do off-road, and pretty well as the rumours have it, sadly I didn’t get to test that on the day…the off-road course was deemed impassable after nearly a week of heavy rain.

Side on it looks rather like a lifted wagon than an SUV. It’s got a long, flowing passenger compartment with a stretched C pillar giving it an almost coupe-like shape to the rear three quarter. It’s also low to the ground which gives away its on-road abilities. As with any Ferrari built V6, the engine sounds incredible. Planting the throttle gives you the noise of a sports car, not an SUV. Ideally, you want to match it with the GranSport trim, this adds a few sportier external touches like black trim, hugging sports seats and carbon fibre trim.

You’ll also find a little button in the centre console that says ‘Sport’ on it, press this and the gearbox speeds up, the throttle becomes far more sensitive, suspension stiffens while dropping 20mm and a then there’s an even more raucous soundtrack. 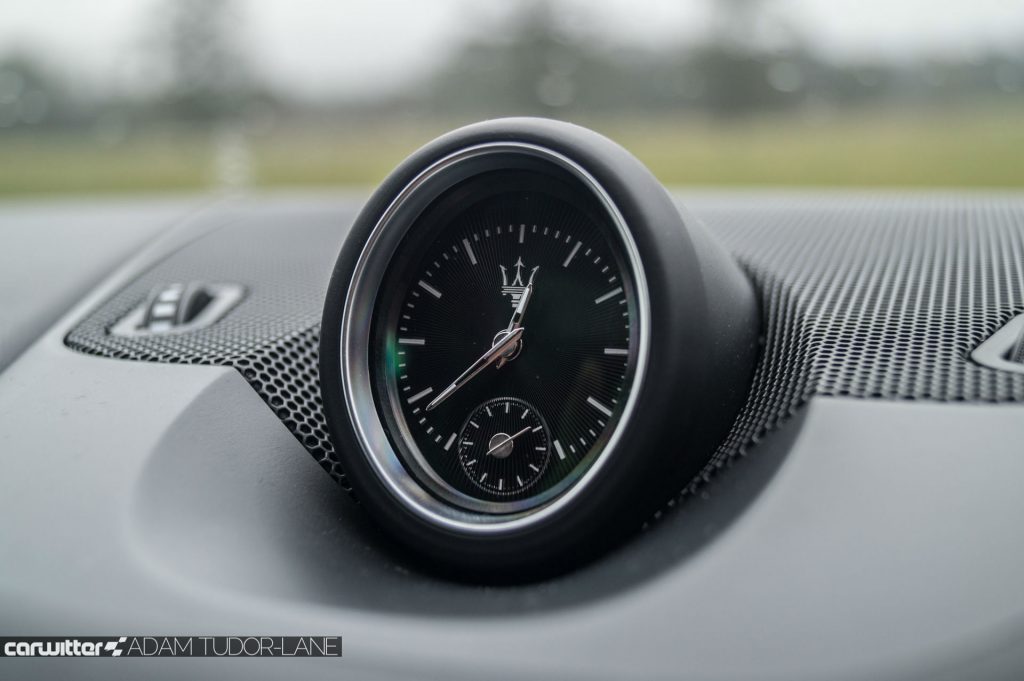 Driving the Levante in Sport mode is like a comparison between night and day. As soon as the switch is pressed you can feel the big old car tighten up and almost awake from a semi slumber. Suddenly it’s eager and alert to your every input.

Driving through torrential rain I was able to push on at a rate that outpaced anyone I came across. The all-wheel drive gave me and the Levante an almost god like untouchability, the way it gripped to the tarmac after pummelling the standing water out of the way was simply incredible. 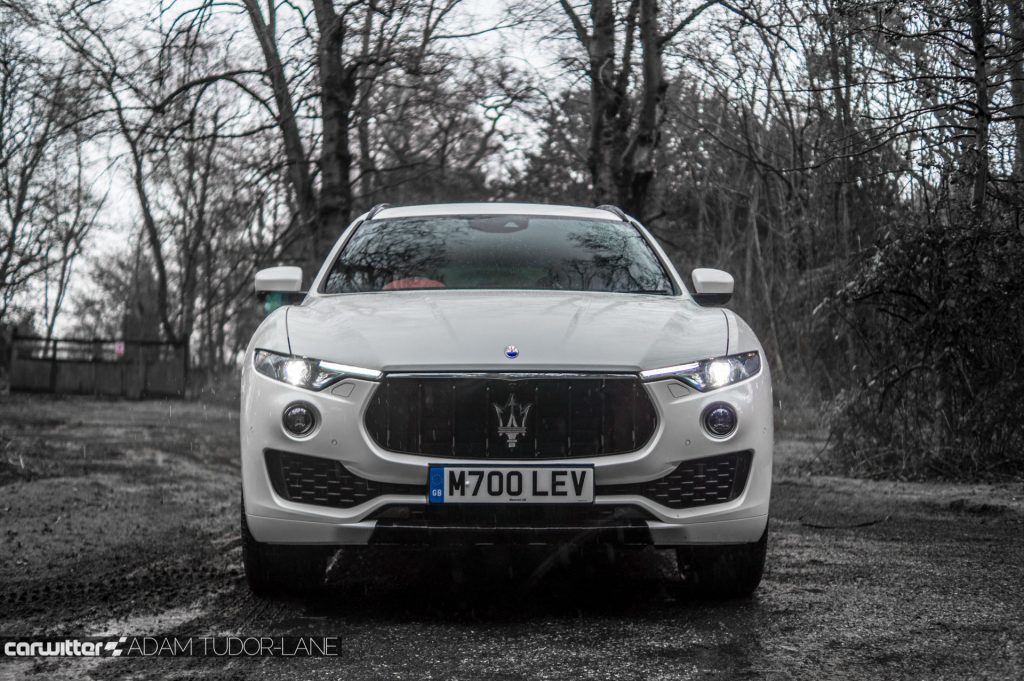 Approaching a slower moving car, the road ahead is clear. Switching down into manual mode I flick for a downshift, the engine is primed using half its revs. I indicate, dump the accelerator and by the time I’ve made the manoeuvre a peak into the rear view mirror is met by a speck in the distance. This thing flies. And that’s why you don’t need the V8.

Currently the Levante is perfectly balanced with that twin turb V6. Granted it could handle the extra 160 horses with ease, but it’s just not needed. 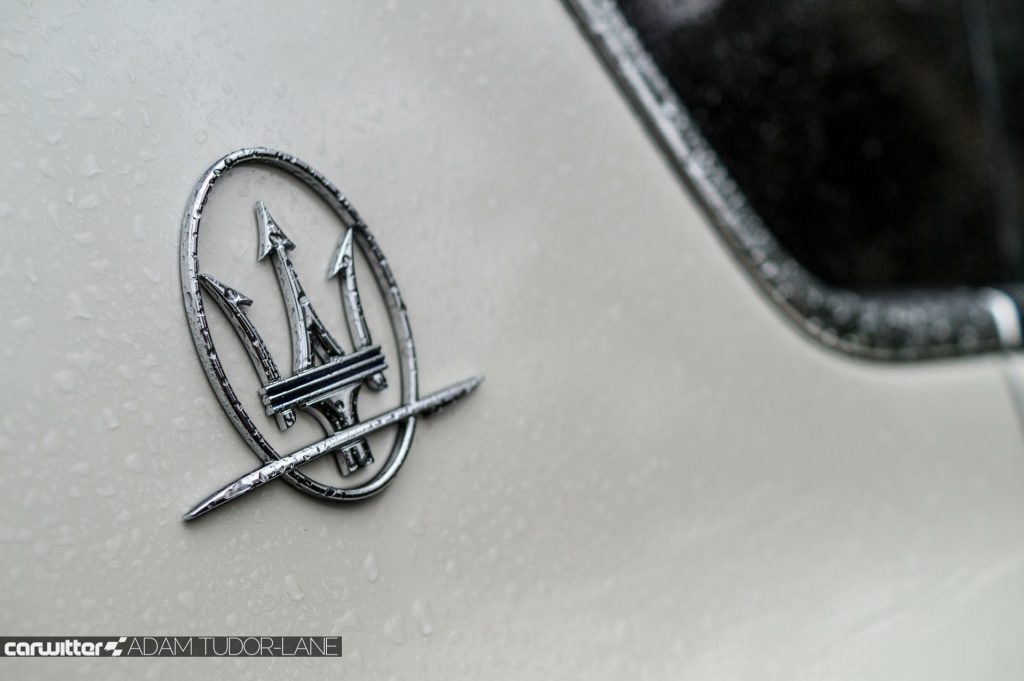 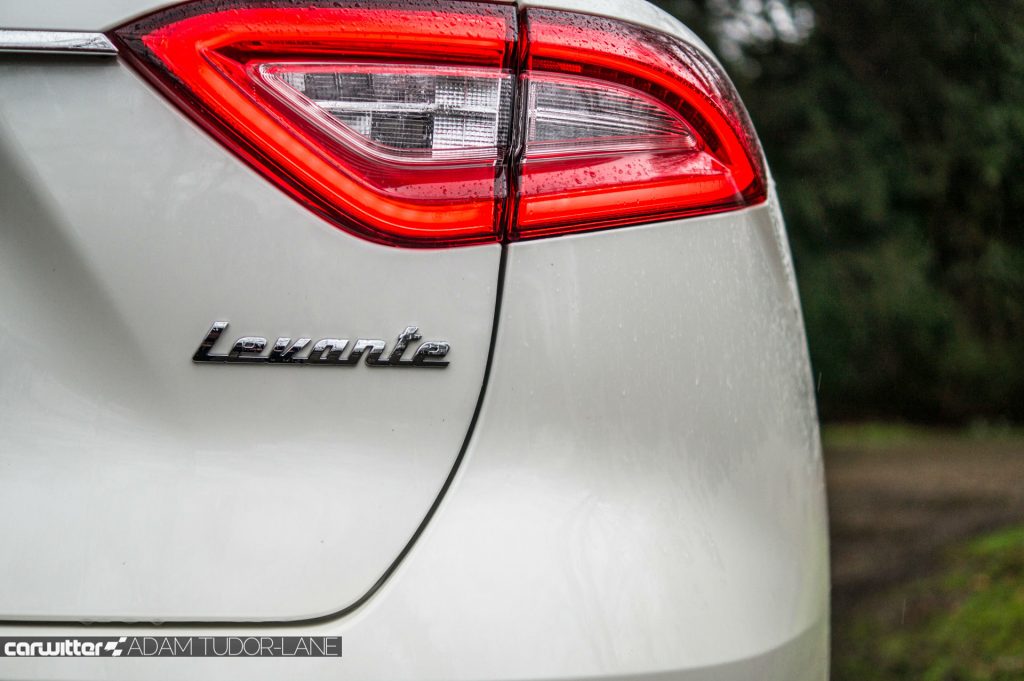 For a big car it handles much the same as a weighty sports car would. In that respect it’s in the same league as the Porsche Panamera. The Levante feels lighter and lower than it is, a trick that so many manufacturers fail to pull off. It’s down to a sharp, yet adaptable chassis set-up, one that gives you a ton of confidence in even the most abhorrent conditions. 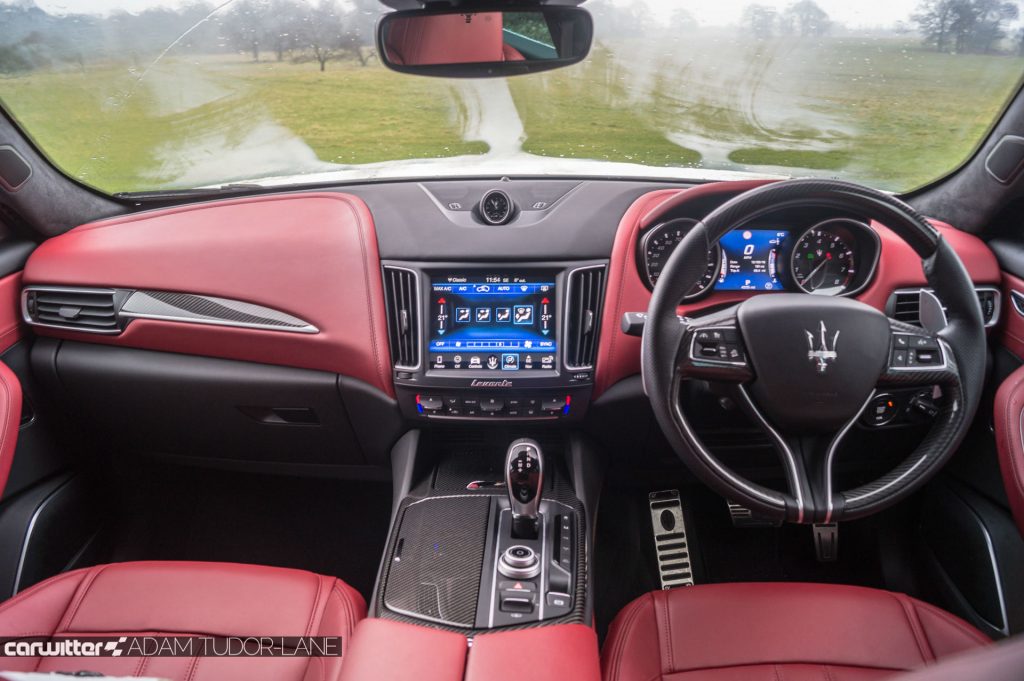 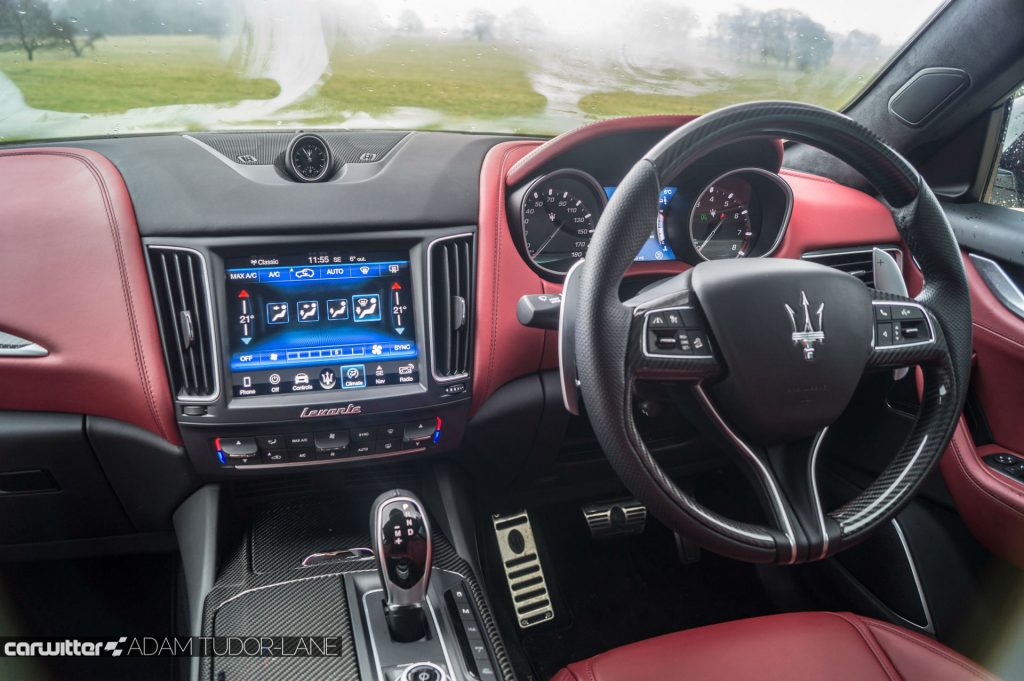 Inside the big Maserati is a smart place to be. There can be some garish trim options, like the bright red leather. But everything feels decently put together, the leathers are soft and on the whole plastics are great too.

Where it’s a bit lacking is on the infotainment front, the system can be slightly clunky to use with menus not being laid out clearly. 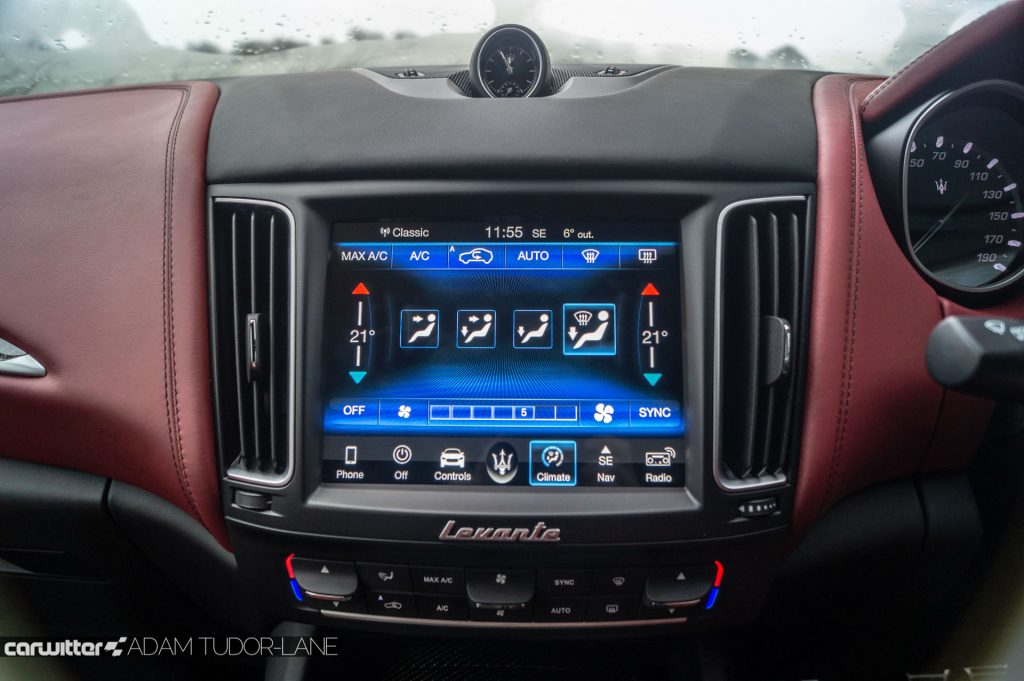 Should you buy one?

Maserati have made a bold move with the Levante, it’s paid off and will hopefully make the company more profitable in the process.

Ideally most buyers will be looking at either a Range Rover Sport or the Porsche Cayenne S. But before you pull the trigger on that purchase, seek out your nearest Maserati dealer and take a Levante for a spin.

Range Rover Sports and Cayennes are far too common these days. You can have something totally different that drives like a sports car for roughly the same money as the Porsche. 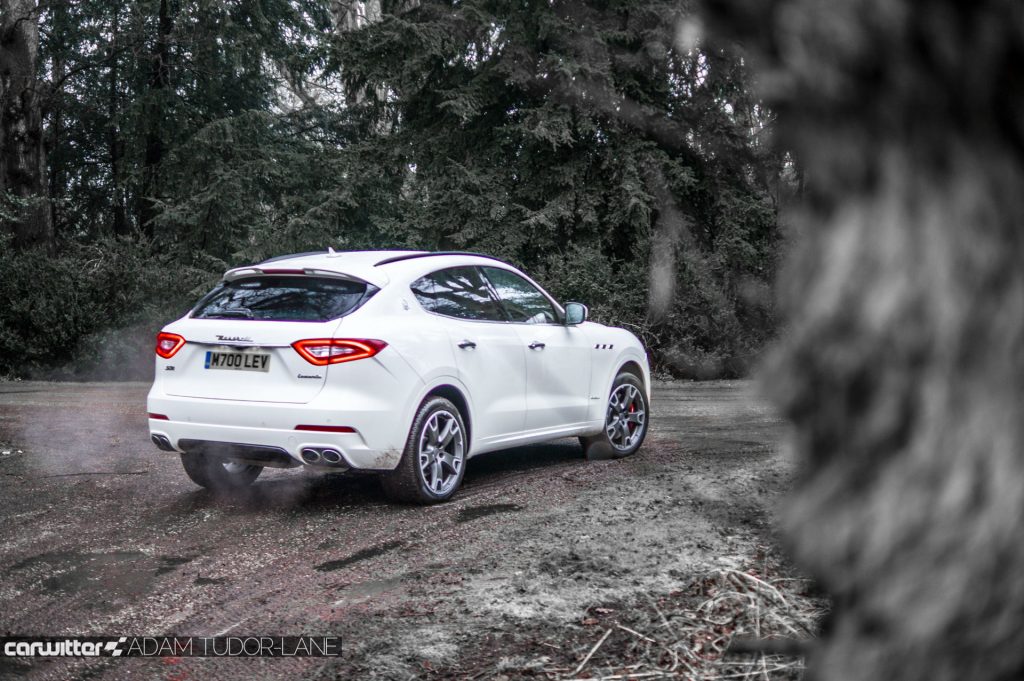 Make Your Car Safe For Summer