Lexus GS-F Unveiled Ahead Of NAIAS

The first details and images of the imminent sporty iteration of Lexus’ GS, the GS-F, have been divulged.

Some of the numbers are staggering, but not necessarily for the right reasons. For the sporty version of the 5 Series/E Class/A6/XF sized executive saloon from Lexus has been endowed, from what I can initially infer, with mechanicals from its smaller sibling the RC-F. So Lexus answer to the near 600bhp M5/E63/RS6/XFRS sporty establishment is a not even C63 rivalling 467 bhp.

I’m not one to hoot on about power. If anything, in many cases, it corrupts, but to fall short of the establishment by such a galactic margin seems suicidal and, quite frankly, near on impossible to do by accident. We are however going on preliminary details, for now.

The GS-F could be a champion of weight saving and thus brandish a competitive power to weight ratio, but given that weight is its smaller siblings Achilles heel, that seems unlikely. 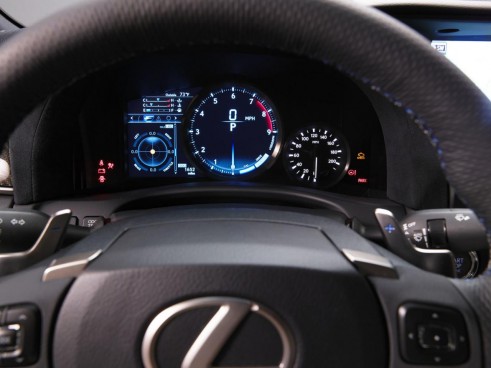 On the styling front its controversial, bold, and in my own most irrelevant opinion, fantastic; although those angry new Lexus angles suit a shorter wheelbase better.

Full LEDs at the front, that pouty spindle grill and gaping intakes give it a fighting snout, whilst at the back the slanted stacked pipes and tinted lights sprinkle some much welcomed extra to the GS’s ordinary.

The interior is trimmed to fit the image. Its littered with Carbon Fibre whilst the seats are borrowed from the RC-F and are thus both suitably sporty and likely doughy to the tush. Whiffs of LFA are detectable, not least in that instrument binnacle, and the ICE screen is gigantic.

It should remain every bit as competent an executive hauler as the standard car, then, but with added brawler. 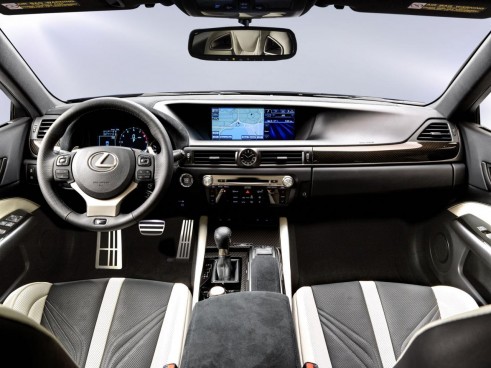 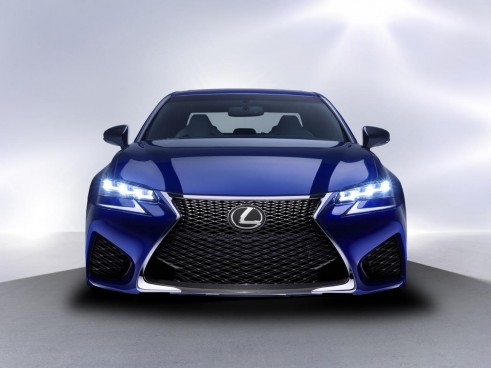 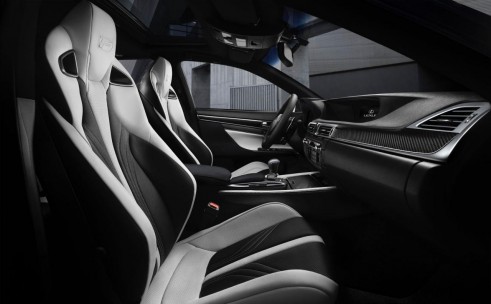 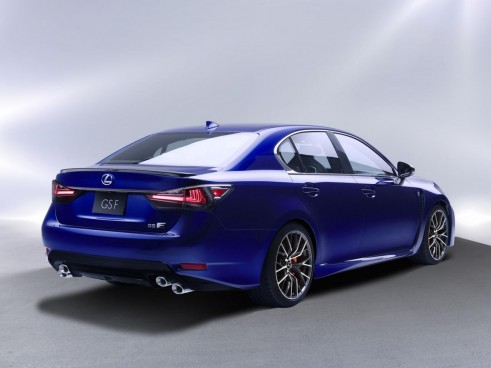 I still can’t help but feel that when the group tests come, an image of the hazing ‘soap bars in the socks’ scene from full metal jacket will come to mind, and the even now soon to be replaced M5, E63, XFRS and RS6 will have blood on their knuckles.

With any luck some brownie points will be awarded for old school natural aspiration, and i’m sure its impotency could be flipped favourably in aid of dynamic purity. But a set of turbos probably wouldn’t have gone amiss.

Best of luck to it for when the flags drop, but for now we’ll have to wait until the North American International Auto Show in Detroit later this month for more details and perhaps an explanation of what is a definitive two fingers to the horsepower wars.