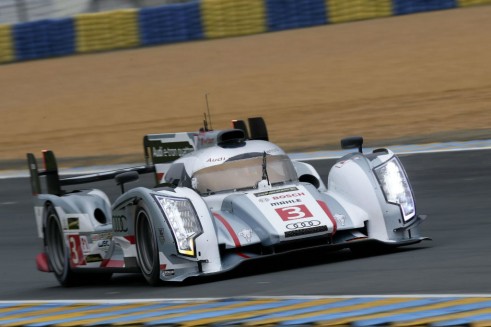 Ok it’s that time of the year again! Pretty much anyone who has even the smallest amount of petrol running through their veins will have, or will venture to the Circuit La Sarthe at least once in their lifetime. I for one have made the trip twice, and am itching to get back there! My travelling companion on these events however, has been more times than I can count on the fingers of my own hands. So for those of you who will be making the trip to France, or those who will be staying put, glued to the satellite TV through the small wee hours; with just flat beers, the cold remnants of takeaways, and the drunken shenanigans of those with less of an interest returning from an evening out for company here is a brief Carwitter preview, of arguably the biggest race in the motorsport calendar.

The Le Mans 24 Hour race is broken up into 4 different Categories: LMP1, LMP2, LMGTE Pro and LMGTE Am. The differences are as follows. 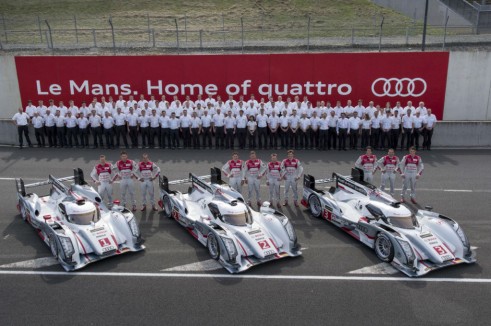 The LMP1 cars are the fastest, and barring disasters, the overall winner will come from this class; more likely from either the Audi or Toyota stable. Audi will go into the event as odds on favourites, having won every race since 2000; bar 2009, where Peugeot triumphed, and 2003 when the factory ran the works Bentley squad (while still using the Audi power unit) and leased the R8 chassis to private squads. Also in this class, and fighting for what has become known as unofficial “Petrol Honours” will be the Lola Toyota’s of Rebellion Racing, and the Strakka Racing entered HPD-ARX Honda. 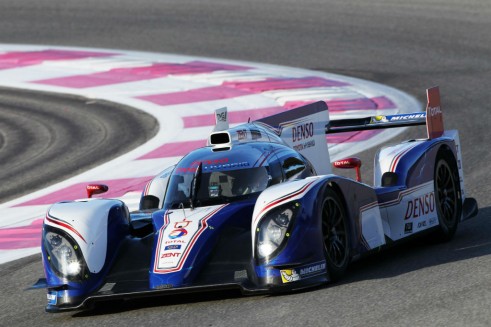 LMP2 cars will look a lot like the LMP1 cars but are less powerful. This will be one of the most closely contested classes, simply due to nearly half of the 55 car field being in this group. It features many different chassis types, from Oreca, Morgan (Pescarolo), Lola , HPD and a few others. The racing here should be close, and to predict a winner will be hard. One would think the OAK Pescarolo’s will be there, or there about come Sunday afternoon, but the Zytek Nissan’s of Greaves Motorsports – with a driver line up which includes GP2 and Caterham F1 test driver, Alex Rossi, and Spanish video game genius, winner of the inaugural Sony PlayStation GT Academy, Lucas Ordóñez should also fight for class honours. 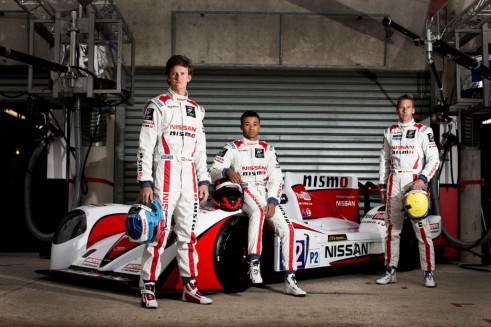 GTE Pro, and GTE Am actually compete in similar FIA GT2 spec machinery, however the outright winner is likely to come from the Pro (read Works) class. This class will see poster cars from Ferrari, Porsche, Aston Martin, Corvette and Dodge (SRT Viper) compete for overall honors in both the works, and private classes. The GTE Pro class pitches the full factory teams, similar to the Audi and Toyota squads further up the pit lane, although they will be further down the field they will be taking this as seriously as the leading, airtime-taking-headline-grabbing prototype outfits, as this can be seen as a shop window to sell race cars to the GTE Am teams. These will mainly be amateur teams and drivers, occasionally with property and/or personnel leased, or bought from the factories. Drivers starting out or looking to get into GT racing can often be found in this class, especially if sponsors are willing to pay! Expect the AF Course works Ferrari’s to be out front, along with the factory Aston Martin squad, who were quickest at the official test day. In the “Am” class expect the IMSA Matmut Porsches to be strong, along with the AF Course backed Ferrari’s. Adding a touch of glamour to this class in a Porsche 997 GT3 RSR, will be American actor, and Grey’s Anatomy star Patrick Dempsey. 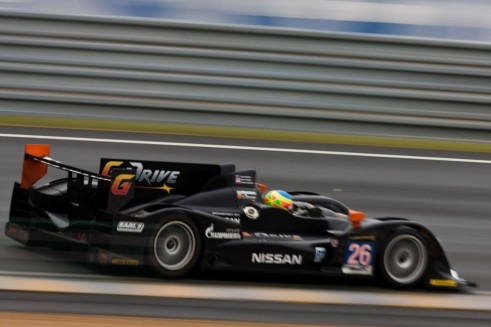 So, with just under a week to go, that gives us plenty of time to dust off the old McQueen DVD, get down the supermarket to ensure that there is plenty of beer available, program the numbers of the takeaways into your speed dial (preferably those who deliver) and start considering (if you haven’t already) making the journey in 2014, to what can only be described as Glastonbury for petrolheads!

We’d also mute the audio on that feed, and stream Radio Le Mans: