Kia has revealed images of the Proceed Concept which is due to debut at the 2017 Frankfurt Motor Show next week.

The Proceed Concept has a very long and broad body style that sits very low. The roofline flows down to the rear of the car and there’s no visible B-pillars. Proceed Concept also features 20” six-spoke aluminium alloy wheels.

Another highlight is ‘Luminline’ which is an illuminated outline of the car’s glasshouse that greets drivers when they approach the car.

Proceed Concept has design cue that follow the usual Kia traits such as the ‘Tiger nose’ grille and smooth body creases. Each element singles out the Proceed Concept as a truly modern Kia. 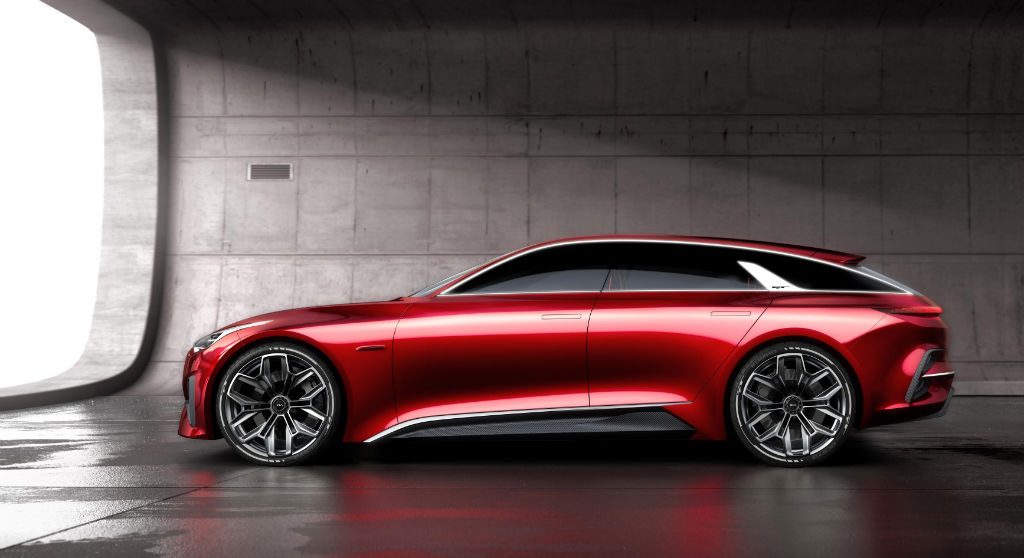 The concept is finished in a bespoke ‘Lava Red’ paint created by multiple hand-applied layers of black, chrome-effect silver and red-tinted lacquer.

“With many European drivers now seeking performance alternatives to the three-door hot hatch, we began thinking about a different halo model for the cee’d family. The Proceed Concept represents a bold new vision of how the vibrant soul of the pro_cee’d could be reincarnated and revitalised for a new generation of performance-oriented drivers.,”

Proceed Concept will be officially revealed on 12th September at the Frankfurt Motor Show.