Kia have added its first plug-in hybrid with the Optima PHEV and has also launched the Optima Sportswagon, Kia’s first D-segment estate car. 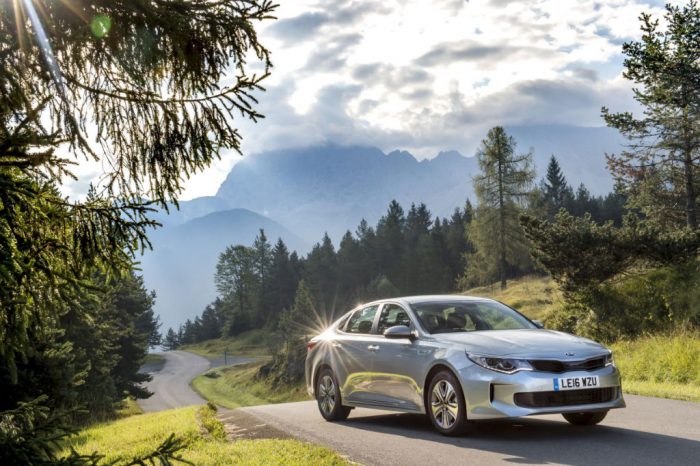 After nearly decade since Kia stated it would reduce the average CO2 throughout its range by 25%, the Optima PHEV is Kia’s first plug-in hybrid.

Helping towards low CO2 emissions sees some fancy aerodynamics, tech and styling features. An active air flap grille which lowers the car’s drag co-efficient when closed. The batteries are compactly situated behind the rear seat and in the spare wheel well. Fuel economy of up to 176.6mpg is reportedly achievable. 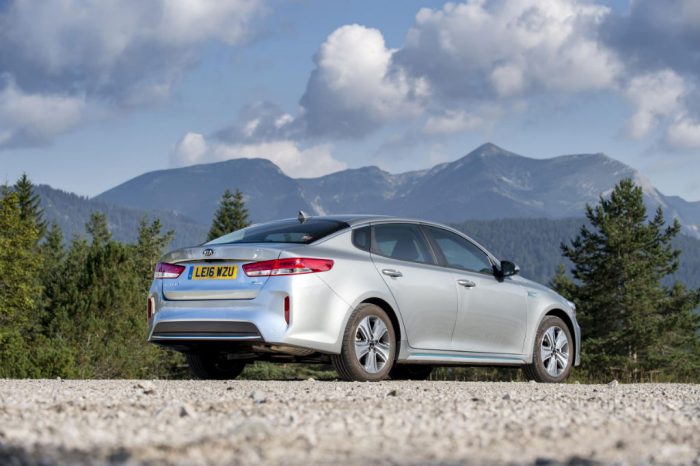 The Optima PHEV has a 154bhp 2.0 litre petrol engine paired up with a 50kW (67bhp) electric motor powered by a 9.8kWh lithium-ion polymer battery pack. The electric motor replaces the torque converter in the smooth-shifting six-speed automatic transmission. When both petrol engine and electric motor work together they generate 202bhp and 375Nm of torque. 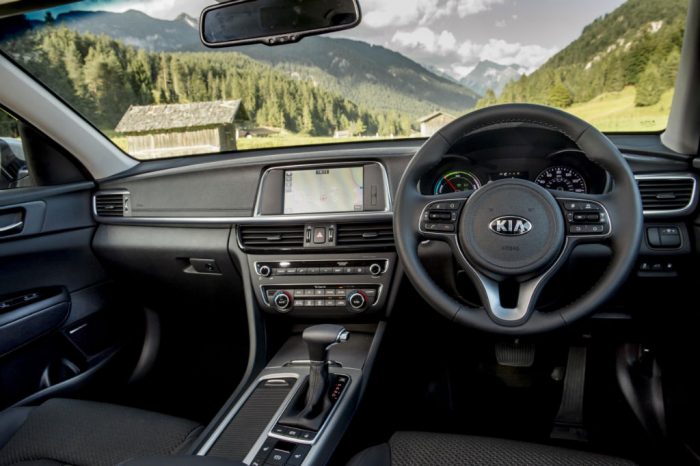 Inside see’s an 8” touch infotainment and navigation system with Android Auto and Apple CarPlay as standard. DAB is also standard with a 10-speaker sound system from Harman Kardon. 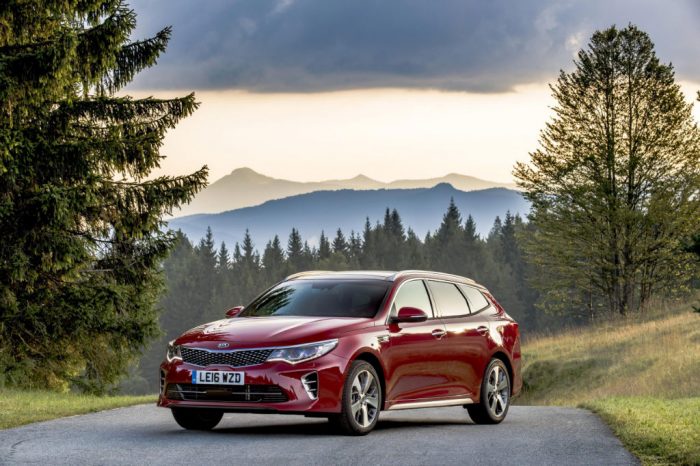 Kia’s first ever D-segment estate car in the UK sees the launch of the Optima Sportswagon which will be priced from £22,295 on 15 September 2016.

The Optima Sportswagon will be sold only in Europe. Its exterior is still very reminiscent of its Sportspace concept which was revealed back at the 2015 Geneva Motor Show. 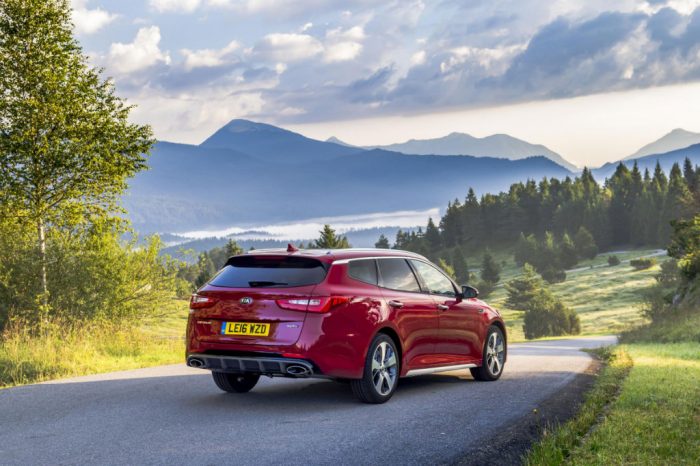 The Optima Sportswagon has a minimum of 552 litres of space and 1,686 litres with the rear seats folded and also includes two underfloor trays. Roof rails also come as standard.

Like the Optima saloon, it will come with a 1.7-litre turbo diesel engine with fuel economy of up to 64.2mpg. 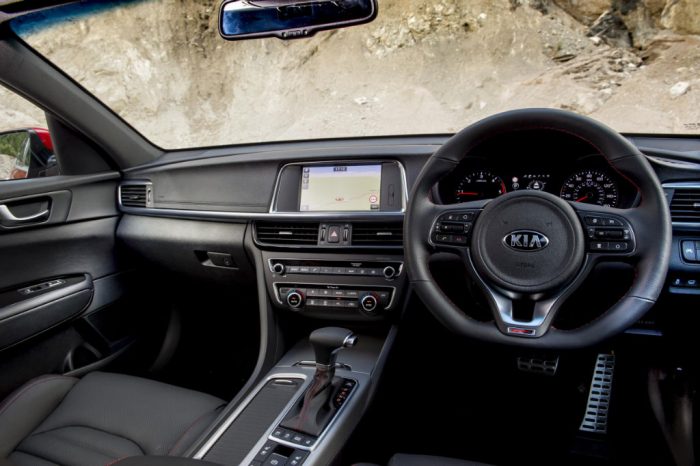 43% of Brits too lazy to wash their own car!