Suzuki Auto. Internationally they have quite a following, but in the U.S., they’re known for being a great motorcycle and jet ski brand, not much more. They have racing heritage with the World Rally SX4 and Sport Swift Rally cars.  They have an idea of what high performance is all about. But after the release of the Kizashi, which I think is a highly underrated vehicle, the company did not survive in the U.S. This was my plan to save them….

In the early 2000s, the hatchback known as the Swift Sport was receiving praise from the automotive press. It’s a proper hatchback. It has good power, solid fuel efficiency, proper looks, surprising handling, and low cost of ownership. In the U.S., the hatchback market wasn’t as competitive.  The Toyota Echo isn’t appealing to a sport-minded driver. The Mazda Protege looked like a sporty Toyota Corolla. The Ford Focus didn’t even compare to the U.K. versions in terms of styling, performance, and quality. Hyundai and Kia models weren’t the vehicles that are made today. Clearly, whether or not they knew it, there was a market for fun-to-drive, smaller, practical hatchbacks.

The mid-2000s showed some investment into the market. The revamped Mini Cooper was going to arrive. The Volkswagen Golf had refreshed styling with the 5th generation release. There were rumors of Fiat returning the U.S. with the 500.

Instead of the hatchback, Suzuki gave the U.S. market sedan versions of the SX4. Like the Mazda Protege, the vehicle resembled the Toyota Corolla, perhaps with more sporting intentions. By this time, The Honda Fit had a solid grip on the market. Honda Civic hatchbacks were everywhere. The Mazda 3 hatchback was commonplace. The Toyota Yaris, which replaced the Echo, was beginning to sell well. It turns out that, the demographic for the Suzuki SX4 sedan didn’t want another sedan. The Corolla was already in the market, and there was no place for another one. If there was, the Civic had already taken that place.

Instead, Suzuki had the option to invest into their Swift Sport, make it U.S. legal, and sell the car as a hatchback next to the SX4. Some would say that it would be marketing cannibalism, since the SX4 sedan and Swift Sport would draw in the same demographic. I disagree with that.  If the sedan doesn’t sell well, the Swift Sport at least lures in what the people would need to see out of Suzuki. I recall being at auto shows in Southern California, listening to questions being asked towards Suzuki representatives. “Will they bring the Swift Sport to the U.S.?”  “Are we going to get a hatchback version?”  “When will they arrive?”  The following for the vehicle was absolutely clear.

The Swift and Swift Sport would have given buyers an entry-level vehicle into the brand. People in the U.S. don’t recognize this car as a rally car. Why not make commercials about them? Why not show repeated clips of the rally versions racing in the dirt? Why not just say, “Does that look like fun?  Want one?  It’s $14,995.” Cue in the shot of the Sport Swift in red with 17″ wheels and a manual gearbox. Have a price just a bit lower than the competition. Utilize a handbrake J-turn to get the vehicle into the shot. I think that would be enough to lure a younger audience for a potential first car. 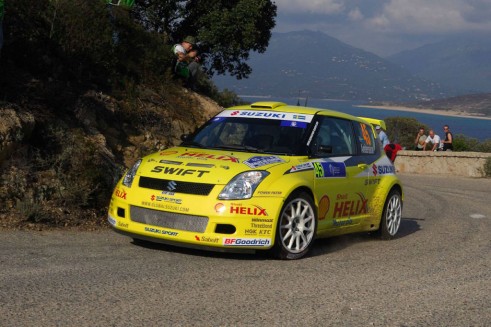 Creating a vehicle life-cycle would have been easy too. Add a 6th gear for the manual gearbox for shorter ratios and better fuel efficiency. Do what Honda did with the Honda Fit in the U.S., and add 20bhp down the line with additional displacement. Anyone want a low boost turbo under warranty? Add in a few minor styling revisions.  Create a Rally Sport trim with thicker roll bars, stiffer damping, a quicker steering ratio, full-disk brakes, and a proper wheel-tire combination to go with all of the above. Make it a $2,500 package. Run a Spec-series car in the X-Games on ESPN beside other Subarus. Make a Pikes Peak version with a big turbo, suspension, brakes; and add a proper driver. Get the name out there. Demonstrate what a technological showcase that platform can be. 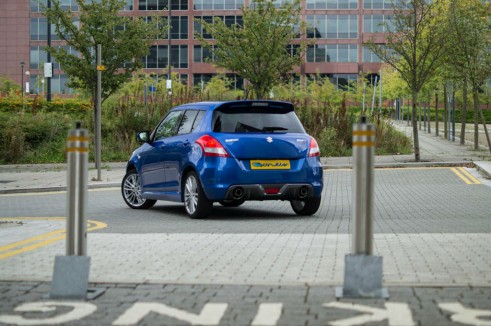 With the life-cycle nearly complete for the Sport Swift, release the Kizashi. Make that car the sedan that buyers are missing out. The Swift Sport would have been used as both the entry-level car and the bread-winner, similar to a BMW 3-series but on a different scale. The Kizashi could be the Japanese VW Jetta that people have been missing out on. I think it’s styled well, has optional all-wheel-drive, and isn’t a mid-size car trying to be a larger car.  Cue in a 2.0 liter low boost turbo engine. Drop the CVT. Add an adjustable differential for the all-wheel-drive version. Make a great automatic transmission and a proper 6-speed manual fit for the vehicle. Offer a Sport-line with suspension upgrades for both the front-wheel-drive and all-wheel-drive versions; cloth seats, automatic or manual transmission available, with navigation. Offer a Luxury edition, which would include leather seats, seat heaters, air conditioned seats, climate control, adjustable suspension, and different styled wheels. 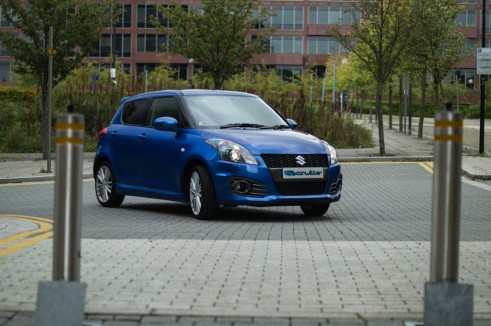 The U.K. is fortunate to have such a solid vehicle for almost 10 years now. Did the styling change that much? The sporting intentions? The practicality? No. Ten years is a long time for a life cycle of a car. While Suzuki may not have as much cache as other brands, making themselves relevant in the U.S. market would have been a big deal. In sports, I love underdog teams competing with the big boys. In the car world, I love underdog companies that overachieve. I would have loved to own a Swift Sport. The only choice I have that’s similar to that car, relevant to me, is a Mazda 2. A B-Spec suspension package is $2,500. I don’t get a 6th gear. I don’t get 120bhp. I don’t get the rally heritage. I don’t win. But, what do I know, I’m just a gearhead… 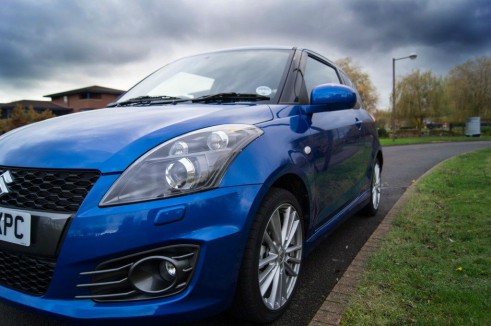 Renault ZOE Review – The concept car you can drive