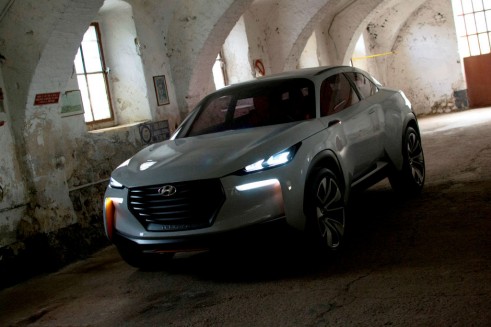 Hyundai has patiently joined the queue of manufacturers announcing concepts for Geneva next month with this – the Intrado.

Outside the look is contemporary and angular, with what almost looks like an upside-down Audi one-piece grill sitting up front.

Either side the headlights are sharp, and aggressive with day running lights slashed into the front bumper. 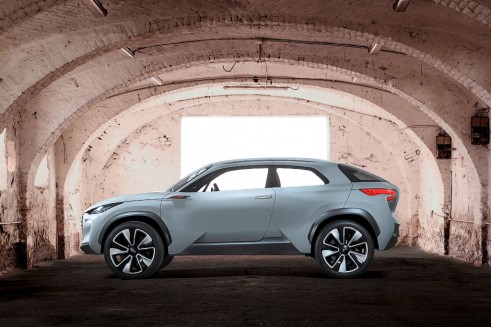 From the side it is standard small SUV fair apart from the rear, which curves from the roof into an almost teardrop shape, presumably for a better drag coefficient.

Dark inserts into the wheel arches make the white steel body, which Hyundai describe as “ultra-lightweight”, is grasping the huge five-spoke alloys.

At the rear two hockey stick lights sit above what seem to be slashes similar to those at the front. 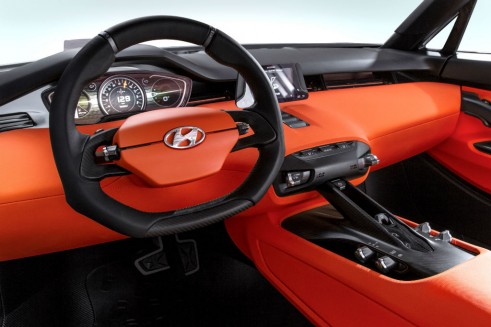 Inside an explosion of orange awaits, but if you can shield your eyes from the light and look past that there is a funky, modern interpretation of a centre console and two screens housing the dials and infotainment.

Hyundai have built the Intrado’s steel skin around a carbon frame which they say will both reduce repair times and enhance crash performance.

Although no performance details have been released yet Hyundai claim “responsive and agile driving dynamics” will be at the heart of the Intrado which they call “Effortless and sensual”, exciting stuff.

Expect more details to be revealed when Geneva kicks off in March. 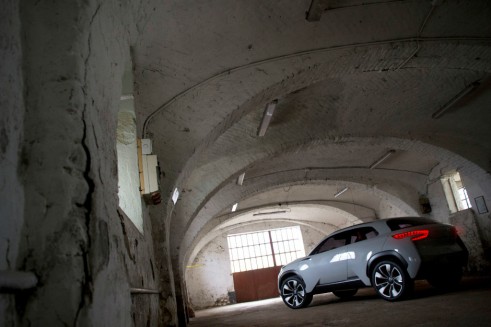