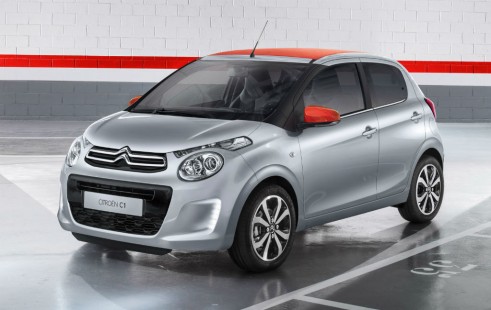 After  the secretive, single image reveal of Toyota’s Aygo and a few more details of the Peugeot 108 Citroen has gone all out and revealed details of its sister  C1. 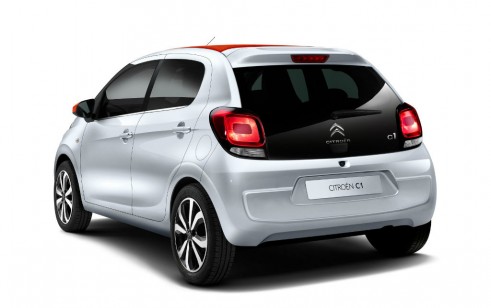 Sitting on the same basic car as the 108 and Aygo the new-for-2014 C1 takes the four-part headlight concept from the Picasso and rounds the edges of the lower pair, to give Micra/Juke-style lamps.

Above, the C1 also borrows the black A-pillars from the big sister DS3, giving the roof a floating appearance.

A two-part grille carries the Citroen logo and number plate while either side vertical running lights are set into the bumper.

The rear is swathed in a large glass boot and again borrows from the DS3 with the squared off brakelights. 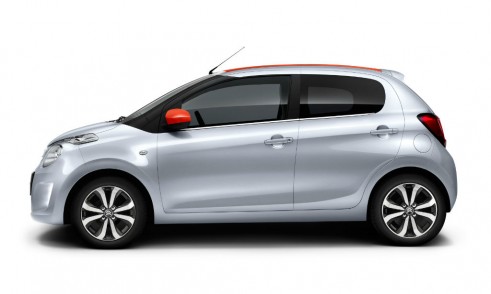 The C1 is larger than it’s predecessor, however boot space remains small at 196 litres.

Underneath 4kg have been saved with a new lightweight rear axle while Citroen claim tweaks to suspension and shock absorbers mean improved ride and handling. 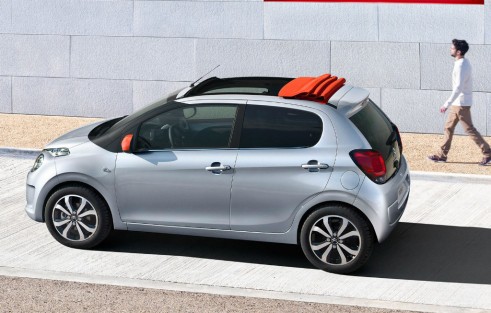 The Airspace convertible will come with a choice of three fabric roof colours Sunrise Red, Black or Grey.

No pictures of the interior have been release but Citroen describe it as “bright and airy with a colourful ambience”.

Inside will be with the same “mirror” screen tech that is also seen on the 108, allowing users to beam the screen of their smartphone onto the 7 inch touchscreen. 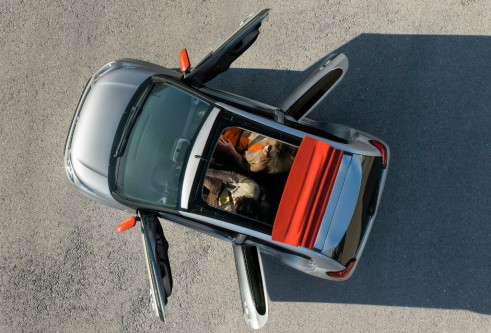 Under the bonnet there will be a choice of 1.0 or 1.2 litre petrol motors, driving the front wheels through a five-speed manual ‘box.

The C1 will come with keyless entry and start as well as a special hill-start system.

No more details are available now but the C1 is expected to go on sale later this year. 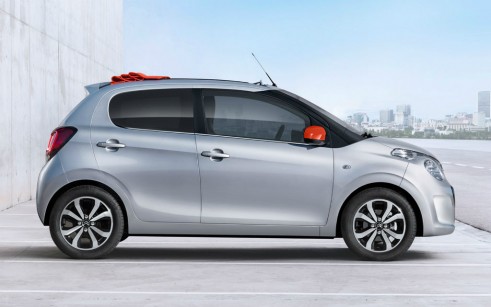 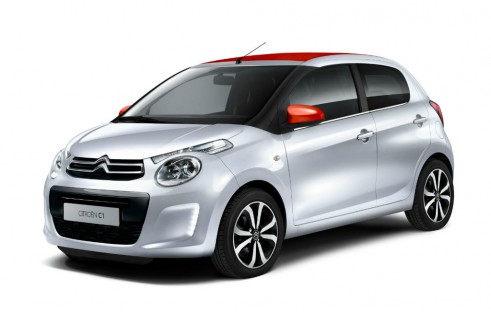 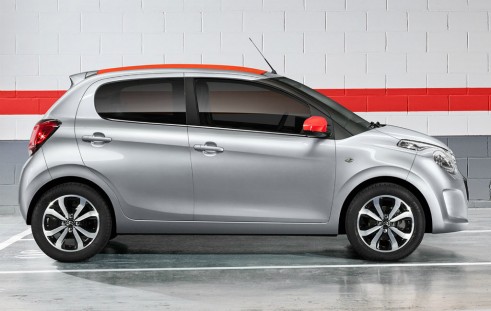