December 7th was a particularly fun day. It was a typical day at work, but I arrived home with a few early Christmas presents.

It includes an Orange County Marathon shirt, a mug, and a tape from the lead singer of Caddywhompus. Fortunately, one of packages that also arrived was the Gran Turismo 6 game… 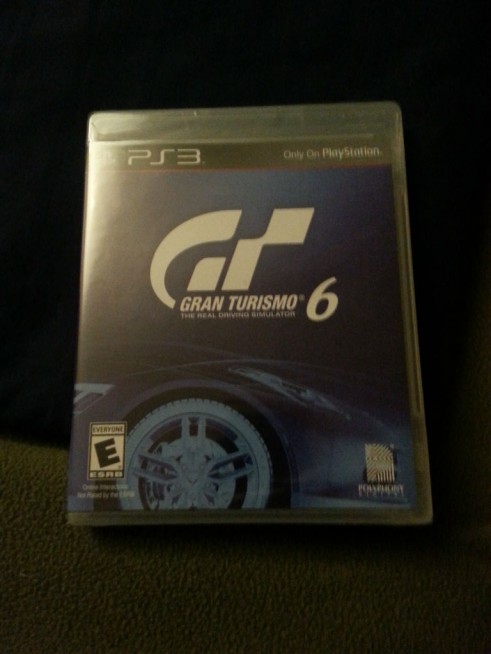 It was surprising to see a different introduction to the game. It begins with clips about Ayrton Senna and leads to the production of a car from scratch. It was interesting to see clay model structures and concept designs implemented into a game focused on driving.

In fact you can watch it here:

Considering the game was pre-ordered, I received a bonus 5 cars; a Tesla Model S Signature Performance ’12, the Corvette Stingray C7 ’14, an Audi R8 LMS ultra, the SRT Viper GTS, and the Nissan GT-R Nismo N24.  None of those cars could be used at the beginning of the game.  They simply don’t qualify for early races.  Included with the bonus cars was a 1,000,000 credit.

I’ll be saving that.

The game throws you straight onto a race track. It gauges your abilities, and frankly, it was rather easy to win. From there, you’re forced to purchase a ’10 Honda Fit Sport. I was rather bothered by it, considering I prefer the stock RenaultSport Clio hatchbacks or even a Fiat 500 Abarth.  But, once the Honda Fit is purchased, it unlocks all of the manufacturers to purchase vehicles.

I’ve driven the entire Gran Turismo series of games. What surprised me was how different the drivability is from car to car. Having driven over 5,000 cars from a previous job, it felt odd to feel such similarity between the virtual Honda Fit to real life. 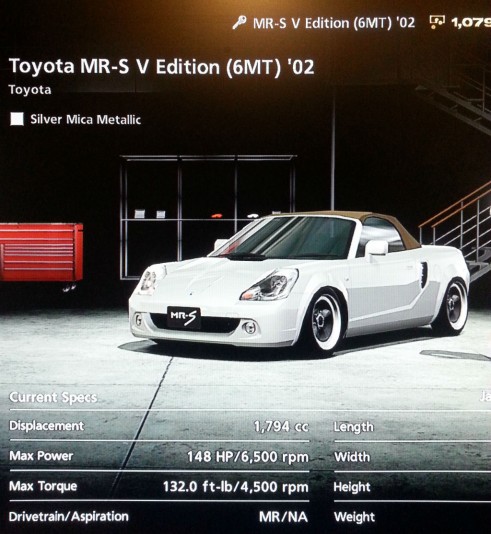 Each vehicle seems more distinct, more refined to its own handling characteristics. I later added cars I’ve actually owned; an ’02 Toyota Mr2 Spyder and a ’98 Toyota Mr2 G-Limited to my garage. Not only did the Spyder feel more refined in terms of handling at the limit and immediate turn-in, but the snap oversteer of the G-Limited was very evident. Before, I could modify each car to well over 350bhp, and not have issues driving the car.

Now, with the handling so transparent, anything up to 250bhp seems like a handful with traction control off. I kept the Spyder to under 150bhp and the G-Limited to 290bhp, with fully adjustable suspensions. Handling with 4wd vehicles is also much easier. 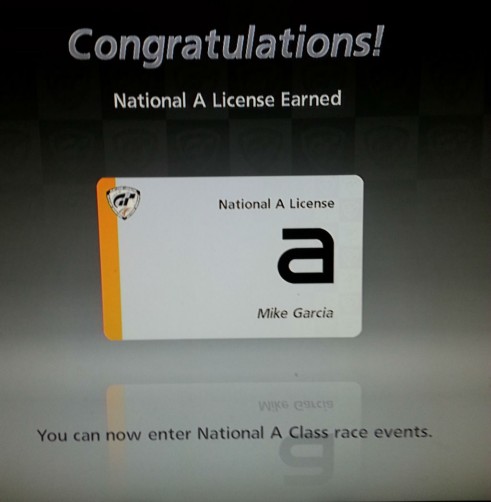 In Gran Turismo 5, the understeer was redundant, and felt very similar from car to car. After winning all gold medals for the A-license, I was awarded the Mitsubishi Evo VI GSR T.M. ’99 vehicle. I was far more surprised how much clearer the turn-in led to an oversteer situation in a 4wd vehicle. It made it easier to punch the throttle full to exit at a high corner speed.

Granted, this is with the Tommi Makinen edition, but no adjustments were required.

Screens move much more quickly. There’s less wait time. Admittedly, some screens look rather plain and lack some detail, but I’d rather sacrifice that for less overall wait time.

Progression with the game is different.  What I used to do is complete all the licenses first, then hit the track.  This allowed me to progress through the game much more quickly.

Instead, a player is played onto the track first. Once the driver qualifies with enough combined stars, and you do get 3 stars for every won race, more events unlock.  Licensing tests require at least 20 stars to unlock. I find this a bit tedious.

Part of my appeal for the game is to imagine my real life garage.  I loved jumping to difficult races early to earn more credits. Alfa Romeo Brera Q4? Yes please. I’ll take that with a side of McLaren MP4-12C and a dash of Subaru BRZ thank you.

While there are more cars in the game overall, there some obvious omissions.

In the garage, the cars don’t revolve like they used to on a showroom floor. There is a separate screen just to look at each individual car in a more redeeming light.

Oil changes are done by magic, not even touched by virtual technicians. I can’t even sort out my garage by manufacturer name. Fortunately these are all fixes that can be changed with updates from the Playstation universe, but for now, I’m stuck with what I have. I can’t help but think other vehicles will be added later as garage add-ons for $5.

The game as a whole is a progression from Gran Turismo 5. Some may think of it as a Gran Turismo 5+. It is definitely worth it in terms of drivability per car.

I don’t use pedals and a wheel, and can feel corrections having more impact and subtle physics behaviors being far more realistic.

Admittedly, I do miss some of the refinement from GT5. There was presentational refinement from the previous game that isn’t carried over to this one, but now, the game is suited to drivers.