The 2015 Geneva International Auto Show was pegged to be and as you’re likely aware, was, one of the biggest years for the show, which itself is a staple yearly event.

This might feel somewhat intimidating from a news and coverage standpoint for two keyboard jockeys from the relatively small online motoring outlet Carwitter.

How do we not get trampled into what is one of the most aggressive automotive media battlegrounds on the calendar? Simple. You don’t go into battle.

To willingly take a back seat is to get the most out of the show; scour the ruins in the wake of the jostling legions and get a real taste of what is reputed to be the more pleasant major show. It’s quite a juxtaposition of imagery but we hear Frankfurt is another world of horrible to manoeuvre.

So here is a one piece report on the show, our thoughts on our experience and talk on some of the exponentially exciting debuts for which GIAS has become infamous. We’ll divulge our show favourites at the end.

The first thing is obviously getting there. Ripples of snow covered Swiss geography are the view outside the aircraft, with groggy journos on the inside.

Exit plane, do airport stuff, walk ten minutes and all of a sudden you’re in the Expo heading up the escalator for your first view of the show. With the venue right next to the airport you walk less than a kilometre on Swiss ground before you’re on Motorshow ground, and once again sweaty jostling journos are your view. And some cars.

Stands everywhere, obviously, and unobtainables are scattered before you even as you step off the escalator. Directly ahead is Zenvo with their fantastic ST1, to my right is Mclaren and the already unveiled and utterly ridiculous P1 GTR, the seminal F1 GT long tail and a 675 LT shaped white sheet.

I don’t remember what was to my left because I looked right first, and, well, F1 GT Long tail…

The venue is incomprehensibly vast. If you’re an avid walker then theres no cause for concern.

If you’re feeble and pathetic like I am then half way through your day you may begin to question how much you care about the new Porsche 991 GT3 RS and indeed your love of cars.

Additionally, the fact that the venue appears to double as an oven to give the various carbon components that litter the stands one last bake doesn’t do wonders for stamina or comfort. Nevertheless, braving the glaring spotlights you experience quite a special thing.

Being one of the first to sit behind the wheel of the aforementioned Porsche, settle into its seats and embrace the tactile feel of the new thinner alcantara clad wheel is a uniquely glorious feeling.

We’re awfully quick to judge when we see a manufacturers render of highly anticipated debuts (often in a questionable hue ), but one of the most important things that I extrapolated from being there in person is that pictures tell a very one dimensional story (pun not intended).

The proportions of a motorcar when its sat there before your eyes, occupying real space, are vastly different to an immaculately edited cartoony image of it attacking some circuit. The once frumpy flat blue second generation R8 of the press release evolved at Geneva into a progressive detailed and deliciously aesthetically intricate deep grey object that your eyes relish the digestion of. Not perfect, but a worthy sequel.

Its a similar story with the new NSX. Many were very underwhelmed by its supercar cut and paste silhouette, R8 reminiscent nose and so so plain Aston influenced rear. In person none of those names or descriptors came to mind. We just drank in the details, the proportions; felt its lines and immersed ourselves in its cabin. It was one of the stars for us…

Of course, it’s not always the case that a motor will captivate your eyes so favourably. We were left feeling a little ill by the Aventador SV and Mclaren 675 LT whose tumescent externals looked like they’d fell victim to the deathly touch of Mansory or DMC.

Styling is subjective of course and the winds of change in the uber high performance market dictate an excessively extrovert style ethos. Both are likely incredibly talented speed machines. Needless to say the P1 GTR wore its  aerodynamic fripperies with infinitely more class.

Aston Martin seem somewhat lost. For a company that has outed such consistently agreeable looking machines during its tenure they’re really struggling to find a new styling voice post 2015… or we’re just struggling to swallow it. The Vulcan although likely insanely capable, has a bonnet reminiscent of someone with an upsettingly large forehead.

The V12 Vantage GT3 sat like a wise old Grandad wondering what happened to his family. The less said about that crossover coupe thing, the better. Although its interesting to see Aston investigating electric drive.

Bentley are on a role. The EXP 10 Speed 6 is Bentleys vision for a possible F Type-ish two seater. Though the word is that its a design study, the massive positive reaction to it and the desire from media and customers alike for a more sporting offering than the capable but hefty Continental (face-lifted inside and out for Geneva), makes a production two seater in the Speed 6’s image all but certain. 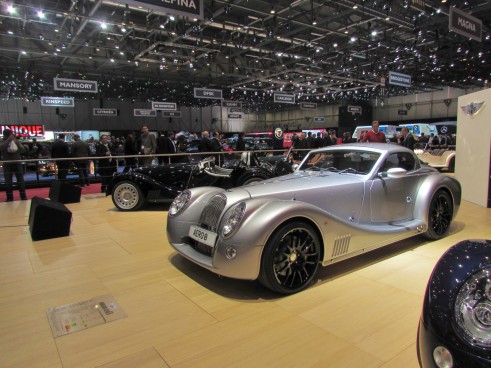 Keeping with the British theme, Morgan brought new Aeros to the party which never fail to captivate the gaze of onlookers and the glaze of the spotlights alike. They appear to be maintaining good momentum.

New names made a debut as well. The highly anticipated SCG003 set sail with James Glickenhaus (commissioner of Ferrari P4/5) attending in person to usher his offspring off to meet friend and foe. Twin turbo V6 power a la NSX with KERS and a religious commitment to weight saving should make for a formidable rebuttal to the established hypercar elite.

I don’t really need to say much about the Porsche GT siblings do I. Porsche Motorsport have nailed it. Keen drivers look no further than the manual Cayman GT4.

Those chasing the last millisecond were introduced to the ballistic GT3RS- a contender for ‘most hyped’ at GIAS 2015.

A Modena based manufacturer debuted their new car as well. The 488 GTB is a welcome refresh and de cluttering of the 458s facia whilst maintaining it’s silhouette. It, arm in arm with the California T, is taking Ferrari into an era of forced induction, too.

Naturally the girth of Ferraris ego was almost suffocating as queues formed behind a red rope and a meaty looking bouncer for a closer look at the new mid engined Berlinetta. Of course it wasn’t a simple wait to be served job. At the front of the queue we stood for 15 minutes as fake tan and suits wafted in and out without issue.

After a few hours of lumbering around the show in a daze of starvation, which was unaided by Citroens meringue offering, we found Porsches upstairs area where a healthy helping of quiches and cookies to top up the tank nicely. Pro show tip: know which manufacturer provides the heartiest sustenance.

As for the more accessible stuff, GIAS 2015 will go down in history as the year two great hot hatch institutions returned.

Honda Civic Type R and Ford Focus RS. Both are utterly weaponised shopping carts which are good for a ‘Ring time of under 7:50.

On the Renault stand a relatively unchanged looking Sport Clio was revealed. Dubbed Trophy, naturally, all the changes are under the skin. 220bhp, up to 50% faster shifts and tauter damping will hopefully make for an EDC Clio finally worthy of the RenaultSport badge.

Vauxhall/Opel debuted their Karl city car and the more potent Corsa VXR. Controversial looks aside we’re hoping its a more cohesive dynamic performer than its predecessor.

Mazda are on a role. GIAS saw the 6 facelift debut whilst the highly anticipated 2 supermini and MX5 sports car showed face as well. All are hero proponents of the fantastic Skyactiv tech. We drive the 2 in a couple of weeks.

Elsewhere at the Ford stand the new GT utterly bedazzled the secret American in me (who for the first ten minutes of the show was found salivating over the interior of the now year old Corvette Z06). My filthy communist colleague was far less impressed.

There were three overbearing cars of the show for us, however, and each for different reasons. They’re not necessarily what you’d imagine either. No, the 991 RS is not one of them. Nor the GT4, though they are undoubtedly going to own 2015 and all that oppose them. Nor the RS or Type R.

The Bentley EXP10 Speed 6 couldn’t be a better example of a manufacturer both embracing its heritage and very much looking to the future. Bentley could walk away with some serious sales in what is becoming quite a nicely bloated and varied mid sized sports (911) segment. A more luxurious addition to it would go down a storm, and a more sporting offering in Bentleys line up has been sorely missing since the Continental debuted. Points for best direction go to Bentley.

The prize for most ground made up following a so so online reaction could have gone to the R8. Commiserations, but the NSX takes the cake. As it is a huge return to form for Honda, reaction should have been one of elation, but it was a stuck record for us when the press release dropped. In person however, where all of the NSXs aesthetic nuances could be enjoyed and the reality of it hitting our roads could set in, we really clicked with this car.

The prize for advance in engineering goes to Koenigsegg who yet again have demonstrated that they aren’t all about 1000+ horsepower carbon fibre hotrods.

The seminal Regera comes with a peak output of 1500horsepower at any one time via electric motor and combustion engine efforts. 700bhp from electric power is unprecedented in this type of car.

Yet that is not the marvel. It is that this car doesn’t have a gearbox. 50% reduction in energy losses thanks to what they call “direct drive” instead of a conventional transmission. It’s said the gear-less surge is similar to something like a Tesla.

So that was our Geneva. Lessons learnt? I cannot stress enough how important an in person appraisal of a motorcar is before aesthetic judgements are made. As an experience GIAS was massively enjoyable and something I hope to attend again as and when I can. 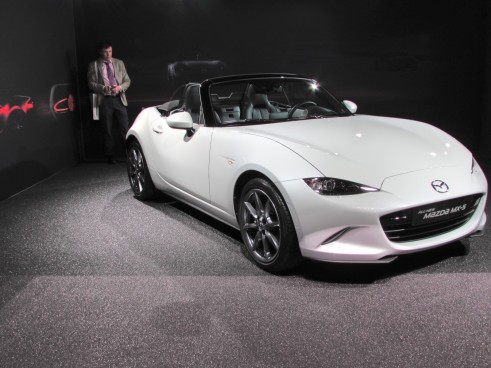