Recently we attended a preview day of sorts to the work that’s going into future tyre tech at Continental.

There they launched the new EcoContact 6, a unique tyre which can give as much as 20% higher mileage and a 15% lower rolling resistance. Manufacturers that are struggling with WLTP and MPG have been flocking to fit them to their latest cars.

But it was the future tech, the slightly sci-fi that was most interesting. 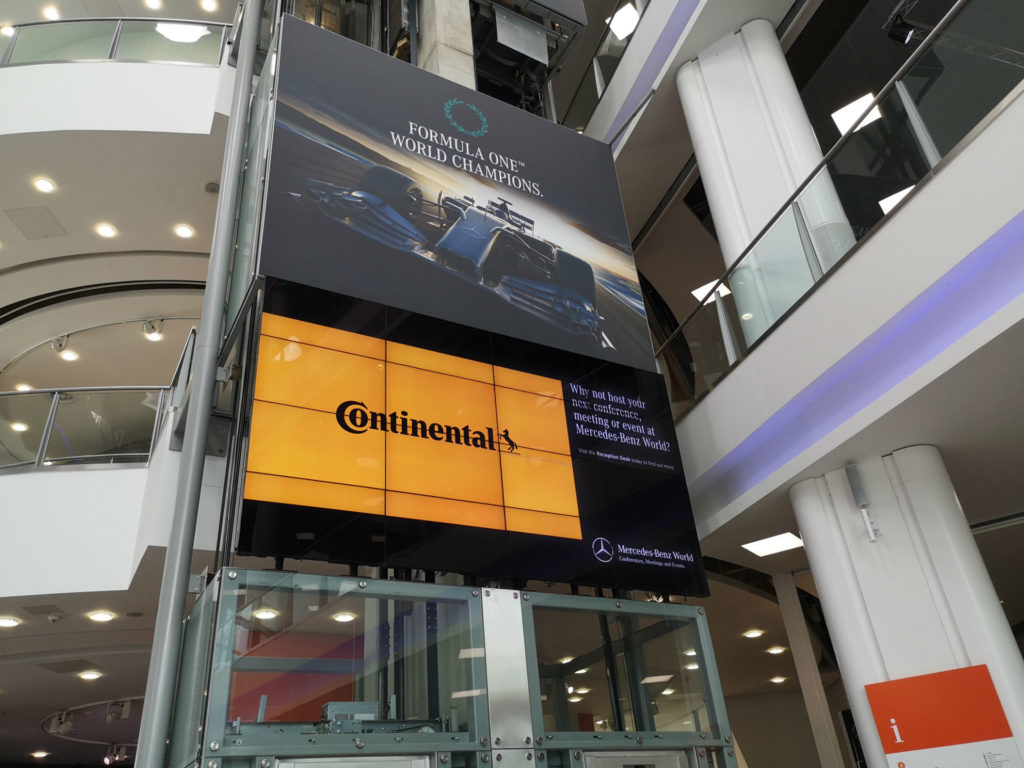 What about a tyre that can grow, shrink and change its pressure depending on what you need?
Contiadapt can do just that. It’s a tyre and rim combo that could change the way we think about tyres. 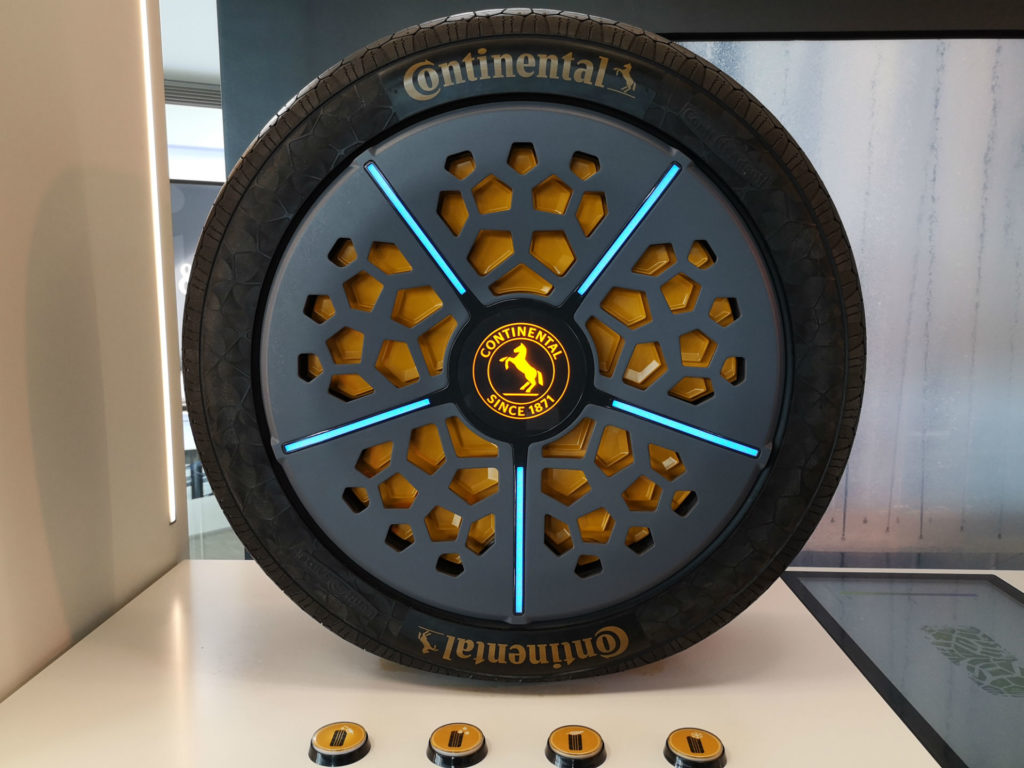 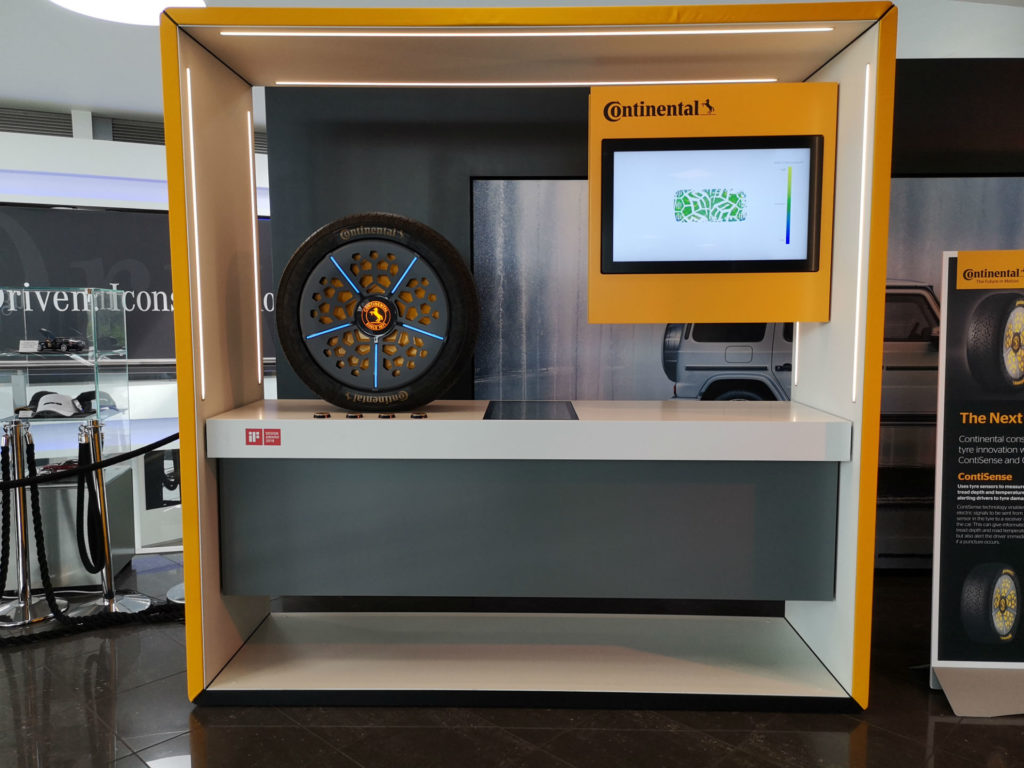 If you need high grip for power situations, the rim grows in width. Using micro compressors situated inside the wheel pressure can be dropped to as low as 1 bar, this can help get vehicles out of snow or sand far easier.

What about a #tyre that can grow, shrink, inflate and deflate?

It can give you economy, wet, dry and low traction grip all in an adaptable wheel/tyre combo.

It’s a bit #BladeRunner but its being seriously worked on @ContiUK pic.twitter.com/LXRE0OFlyh

So far, it’s just a concept, but it could transform the way we see tyres. No longer are you bound by a static width, there would no longer be a compromise between performance and economy.

Next is something that has a far more imminent future on our roads.

This tyre works on the premise that the whole compound is electronically conductive, that means it can do some clever stuff.

You know when you have a slow puncture because a nail or screw has gone through your tyre, but you haven’t known about it for months, it normally rears its ugly head when you’re on a long journey or in the middle of nowhere. 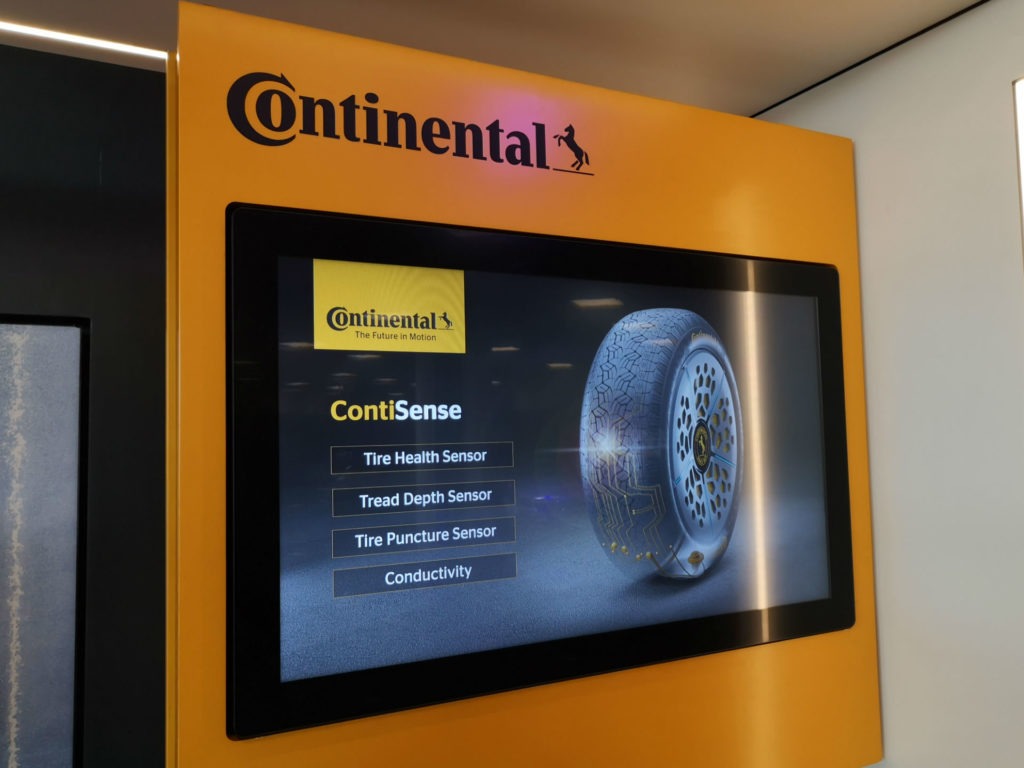 With Contisense you’d be alerted as soon as something penetrated the tyre, that’s because the electrical current running through the rubber would change; giving you time to get it repaired thus avoiding the issue entirely.

Tread depth can also be monitored; accurate readings could be flagged up each time you get in the car. This could also alert a main dealer that you need new tyres, potentially working with another onboard system to even book your car in for a service. 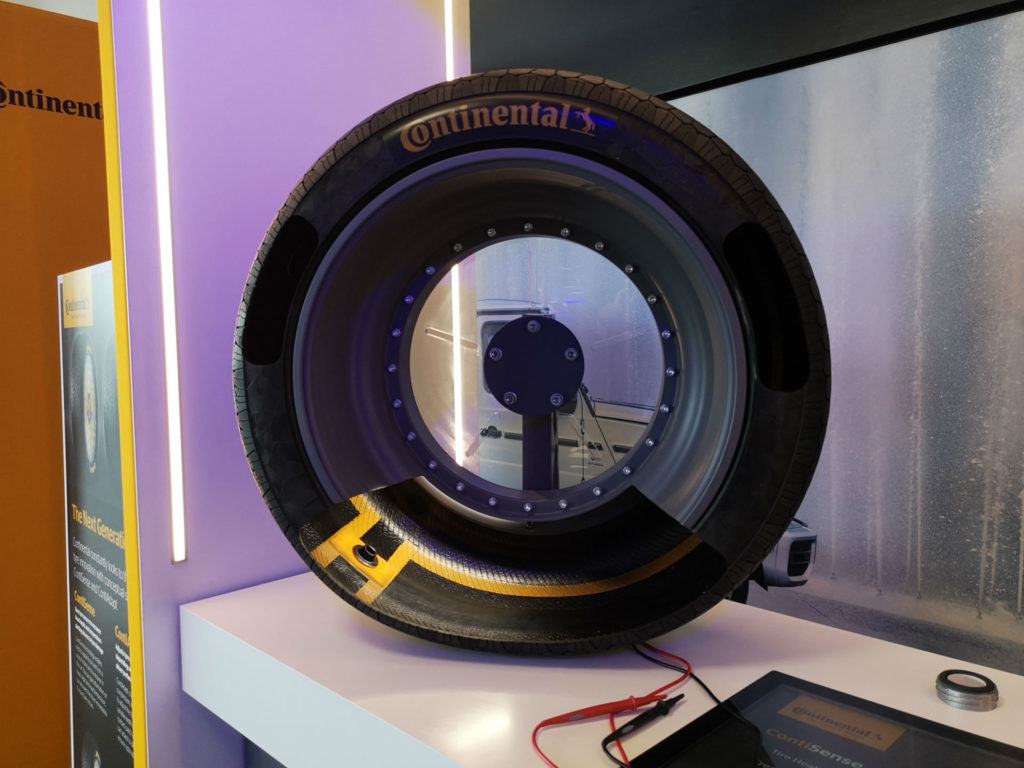 The system can also keep an eye on temperatures as well as the moisture on the road, again both alerting you to changing conditions outside or the state of your tyres. Temperatures are a big one for HGV’s.

Tyre pressure would be constantly monitored; unlike the majority of TPMS systems that alert you when a set pressure is hit, these sensors are like the newer types you find on premium models. 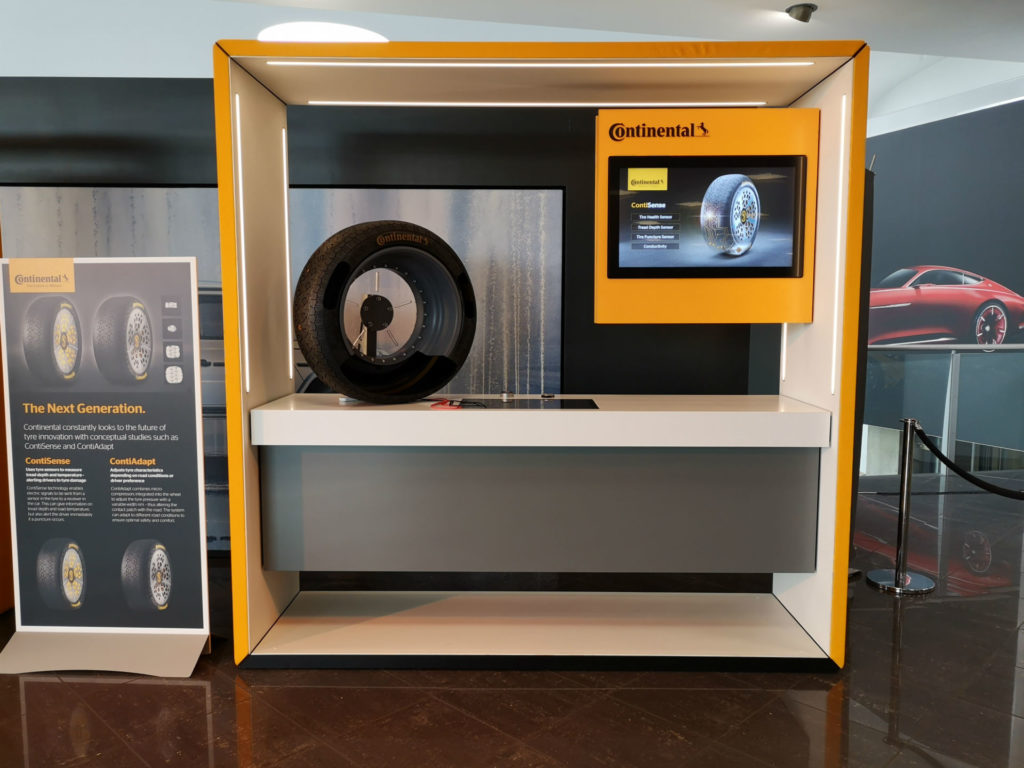 Sustainability was the main issue for us; all those sensors cost money, are they thrown away when your tyre is worn out? No, the sensors can be switched into your new rubber, potentially lasting years.

As for how the conductive element is repaired, we aren’t sure; maybe the system can be reset to allow for that closed/broken connection in that element. 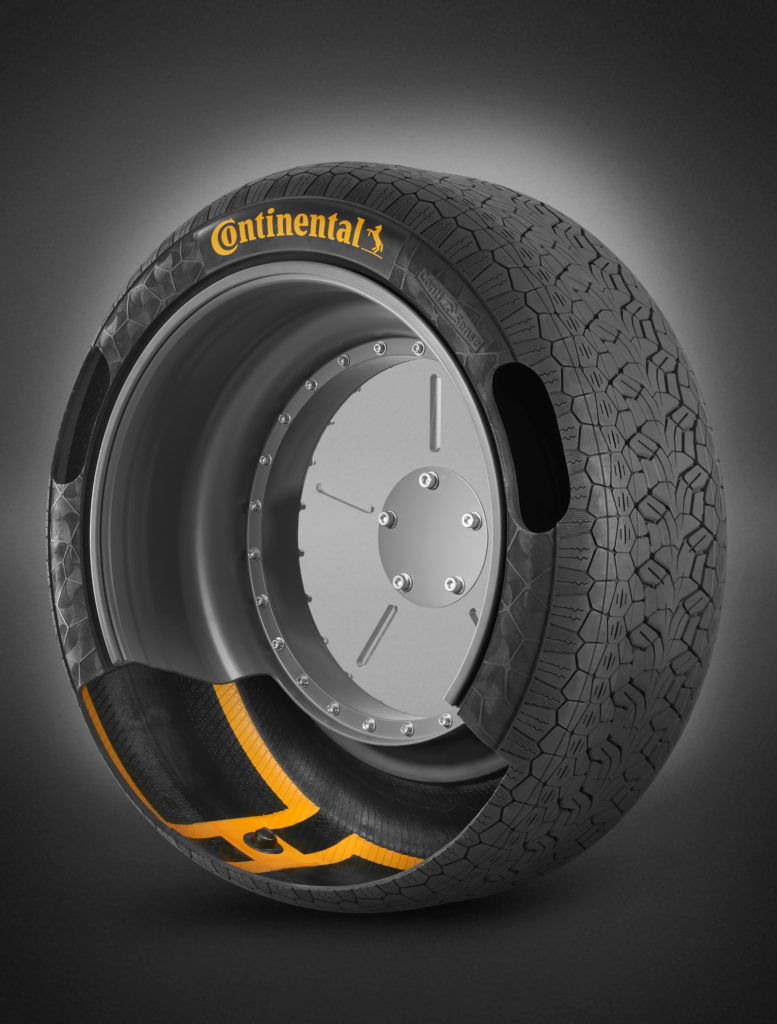 Contisense is the immediate future of connected car technology; it brings a fairly benign item we often don’t think about to being front and centre on your dash.

Tyres are about to get a lot more interesting.

Motoring At The Manor 2019 Review