Abt Audi driver Lucas di Grassi has extended his championship lead after winning the inaugural Paris ePrix in his usual dominant style.

Sam Bird started on pole but it was short lived as Di Grassi took the lead into the first corner. 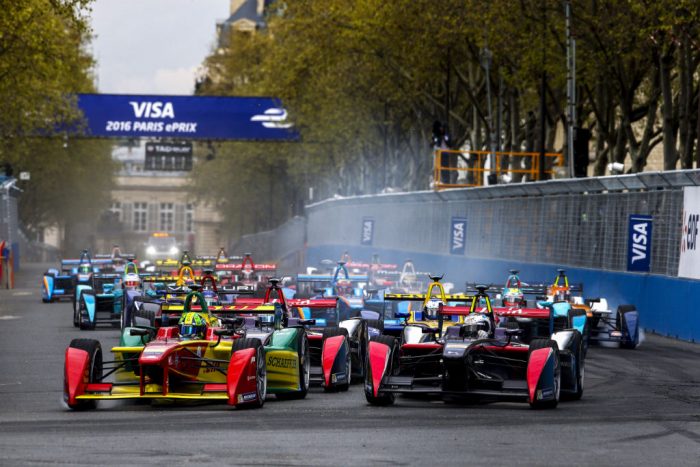 Sebastien Buemi who started in 8th began his charge up the field on lap 9 with on overtake on Oliver Turvey on the straight before turn 8.

Buemi then restarted his charging campaign to take 5th place from Stéphane Sarrazin. He then found himself behind his teammate Nico Prost.

Talking of teammates, both DS Virgin Racing drivers started battling on lap 22. Whist this battle was happening, Buemi passed Prost. Then it kicked off between Vergne and Bird as they made moderate contact with each other. 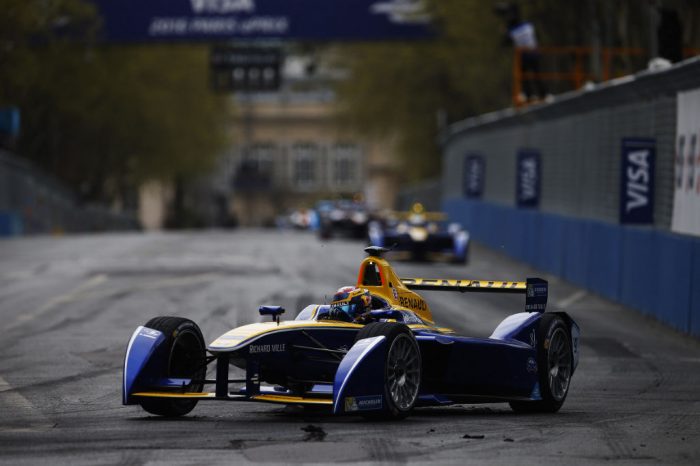 Buemi was all over Bird, planting the pressure which seem to eventually get to him more and more. Buemi got a good run out of turn 14 on lap 40. The eDams driver sweeped over to the outside which seem to catch Bird out. The Brit braked too late and too hard sending him off into the run off area on turn 15.

The safety car was brought out in the closing stages of the race as Ma Quin Hua of Team Aguri planted his car into the wall.

Safety car stayed out for the rest of the race giving Di Grassi his third win of the season. 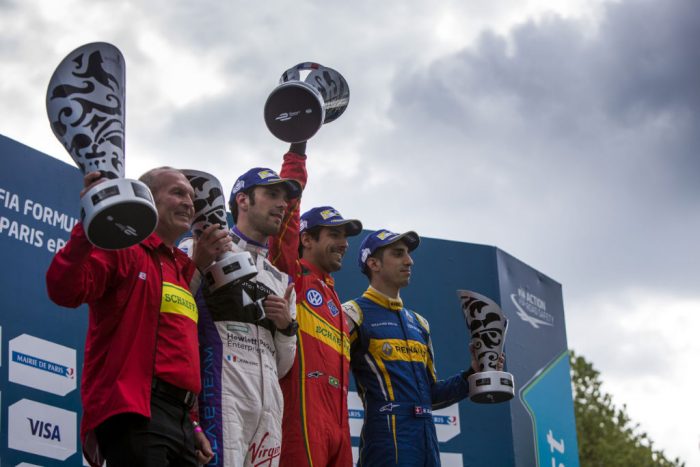 The next ePrix will take place in Berlin on 21st May.