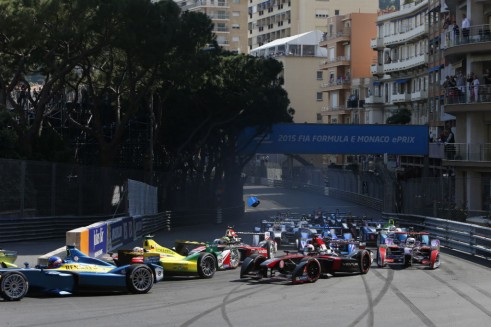 Buemi led a light-to-flag victory and was joined on the podium with Lucas di Grassi and Nelson Piquet Jr.

The race got off to a chaotic start as a multi-car pile up on the exit of Saint Devote brought out the safety car. Bruno Senna came off worse after becoming momentarily airborne over Daniel Abt’s car. 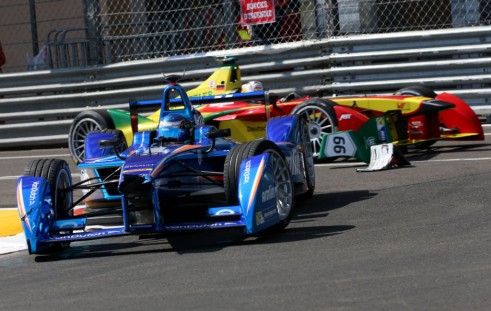 The track effectively became blocked as Jean-Eric Vergne, Jaime Alguersuari, Vitantonio Liuzzi, Salvador Duran and Loic Duval were all affected to some extent with the incident.

The harbour hairpin saw much of the racing action, appearing to be the only overtaking opportunity of the track. 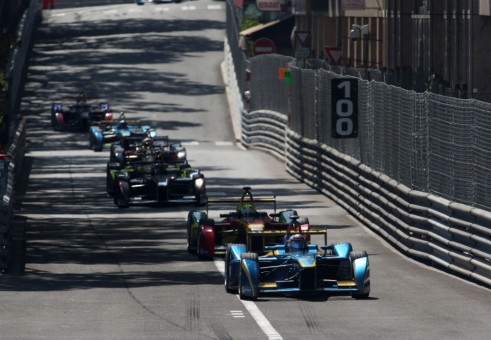 After the pit stops, it was close between Buemi and di Grassi for the lead with Piquet Jr not too far behind them. Lucas di Grassi battled hard and tried to overtake Buemi on the outside of the harbour hairpin but Buemi was able to fend off and gain some ground.

In the end, Buemi won with a 2 second lead from Lucas di Grassi. The Abt driver, who recently announced he’s staying with the team for a second season, has increased his championship lead to four points over Nelson Piquet Jr.

Only three races remain now with Berlin being the next destination on the 23rd May. 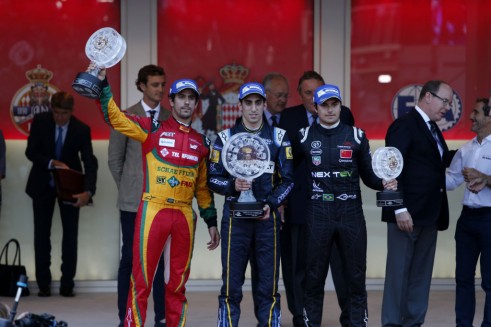