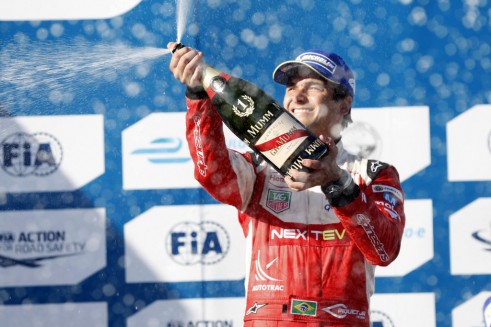 So it was poignant win for Nelson Piquet Jr, taking his first Formula E victory at the very same circuit.

Sebastien Buemi initially qualified on provisional pole position but was later penalised for exceeding maximum power usage whilst qualifying. He then started down the grid in 10th. Daniel Abt was then on pole for the start of the race. 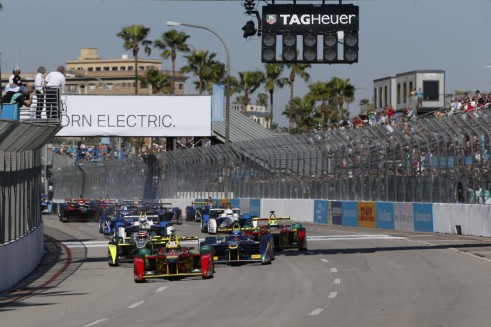 Nelson Piquet Jr. soon abolished Daniel Abt’s lead as he pipped ahead into the first corner after starting 3rd.

Scott Speed heavily clipped the wall after the first chicane on lap 4 which brought out the safety car.

Soon after the restart, Charles Pic took a desperate lunge into the final hairpin, t-boning Jarno Trulli. This collision brought out the safety car again.

Piquet Jr was able to retain his lead after pitting. Jean-Eric Vergne found himself 2nd. Daniel Abt was then given a drive-through penalty for exceeding maximum power usage. 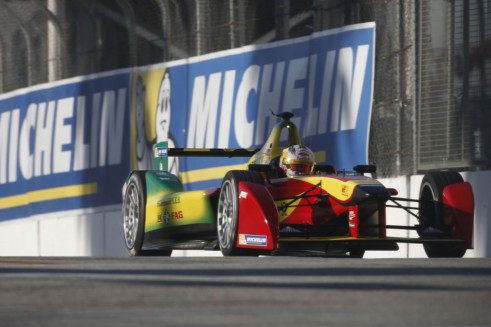 With this, Daniel Abt’s teammate Lucas Di Grassi moved up to 3rd.

Lucas Di Grassi now retakes the lead in the driver’s championship as Nico Prost was given a drive-through penalty for his incident with Jerome D’Ambrosio.

Formula E action returns next month on the 9th May at Monaco. 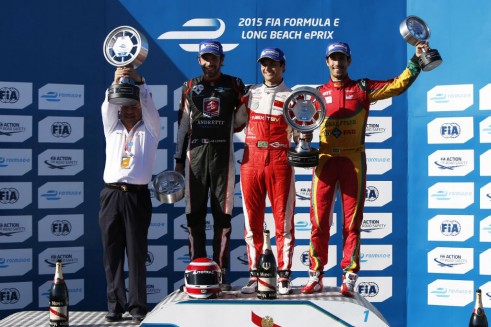 Hyundai – A Message to Space – SPONSORED