After being disqualified hours after his win at Mexico City, Lucas di Grassi made a point that he’s a strong title contender by winning the Long Beach ePrix.

Team Aguri’s Antonio Felix da Costa was initially on pole but was shortly stripped of it when it was found that the tyre pressures were too low on his car. This then promoted Sam Bird to another pole position start.

The race started without incident into the first corner. Nick Heidfeld locked up his rear axle on lap 3. 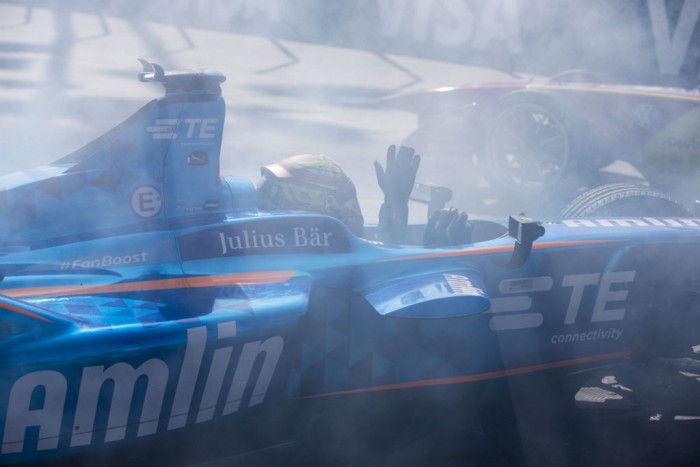 Buemi took fifth place from Daniel Abt on lap 8 on turn 7. He tried overtaking again on Robin Frijns but ended up clattering into the back of his car.

Di Grassi took the lead of the race on lap 12 with an easy pass on Sam Bird. Di Grassi then used his fan boost to make a comfortable lead. Sam Bird then locked up knocking his car into the tyre wall at turn 5.

Di Grassi then took the checkered flag screaming on his team radio with delight. Stéphane Sarrazin finished 2nd with Daniel Abt giving Audi Abt team a double podium finish.

The next race will take place in Paris on 23rd April. 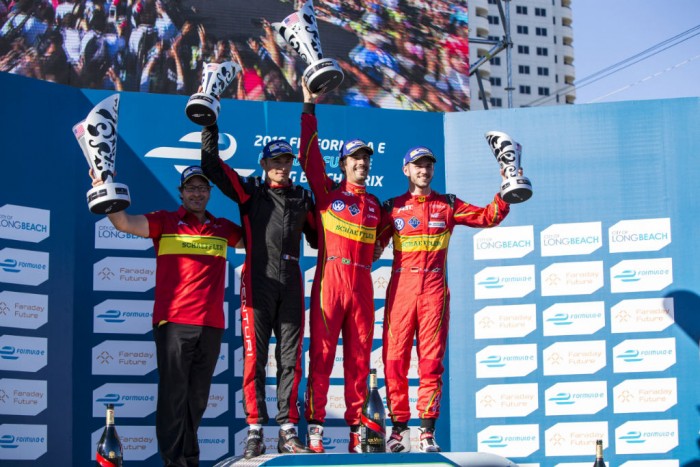