Back at Brands Hatch after 5 months the BTCC returned for rounds 1, 2 and 3 of the 2016 season, with plenty of new faces and cars on the grid, most notably the BMR run works Subaru team, essentially doing their testing this weekend having really only managed to shake the cars down in the week leading up to the first event. 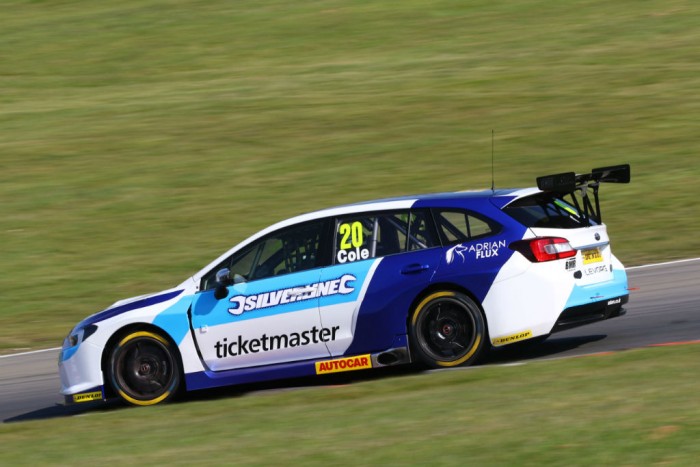 For qualifying though it was Tom Ingram and his Speedworks Toyota Avensis who took the pole – and early season lead with it scoring the first point of the season, piping two of the three works Yuasa Halfords Type R Honda Civic’s of Gordon Shedden and Matt Neal. WSR BMWs Sam Tordoff in the JCT600 GardeX machine was next ahead of the young MG pair of debutant Ash Sutton and ’15 Jack Sears champion Josh Cook in the RCIB Insurance MG Squad. Adam Morgan’s Wix Racing A Class Mercedes was next up ahead of Jack Goff’s IHG Rewards WSR run BMW 1M, 2015 “half season wonder” Mat Jackson in the Motorbase Ford Focus was up next ahead of Aron Smith in the BKR Racing VW. Colin Turkington would record 11th and fastest Subaru time in a session which saw 0.9 seconds cover 22 cars! 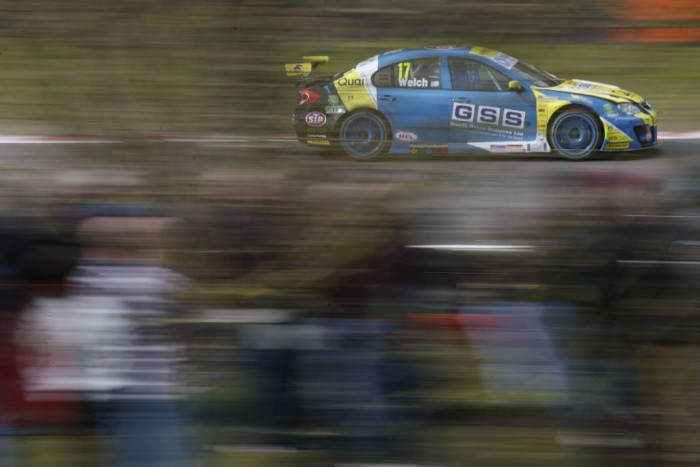 Tom Ingram controlled the first race of the season to take a commanding lights to flag victory ahead of the Civic’s of Shedden and Neal to score his and Speedworks Toyota a well deserved 1st BTCC victory. Behind the podium trio though things got a little more heated, in the early laps as the damp qualifying session had mixed the grid up, fast car and driver combinations starting a little out of expected position. 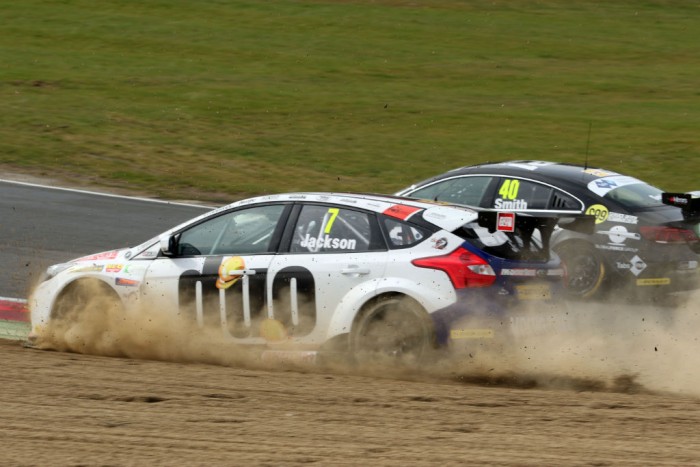 Turkington’s Subaru was involved in a collision at Graham Hill Bend before Hunter Abbot in the Power Maxed Racing Chevrolet Cruze span, resulting in Alex Martin in the Dextra Racing Ford Focus to take evasive action, unfortunately landing himself in the barriers and out of the race, Mat Jackson had a moment of his own ploughing through the Paddock Hill gravel trap before battling back past new team mate Andrew Jordan in the Pirtek liveried machine and the WSR JCT600 GardeX BMWs of Tordoff and Rob Collard had a coming together at the Surtees / Mclaren complex all withing the first few laps. 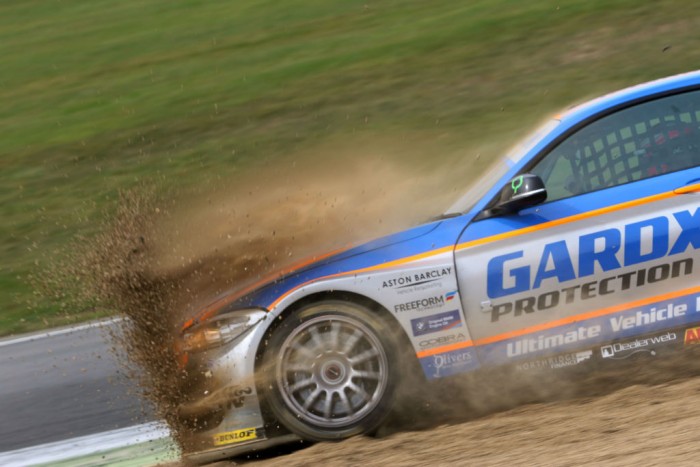 After the resulting safety car period the race settled at the front and battles developed in the points positions, Sutton and Cook kept out of most of the trouble to bring the MGs home 4th and 5th while Collard battled to 6th as Morgan’s Mercedes got shuffled down the order late on finishing 9th behind Aron Smith in the VW and the recovering Jackson’s Focus. Goff rounded out the top ten having also been a victim of the infamous Brands position shuffle. 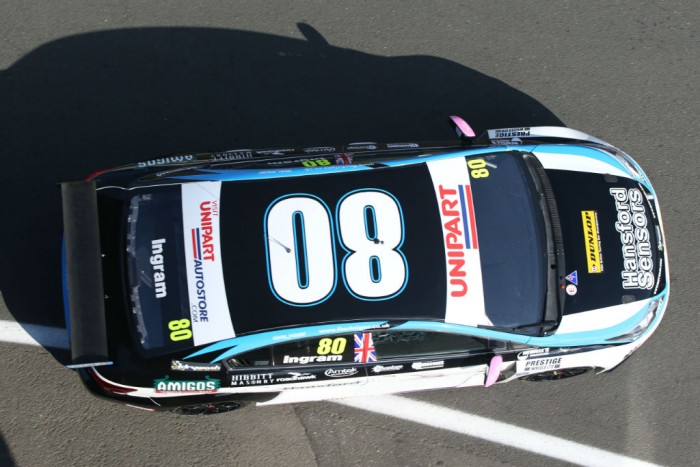 With the grid reverting to the tried and trusted method of race 1 positions Ingram once again lined up ahead of a pair of Hondas and the rest. 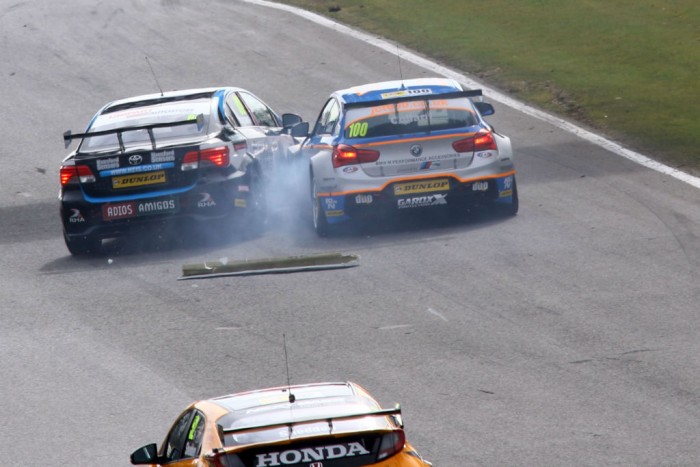 Collard made a great start from 6th to 2nd on the opening corners but, on the second tour he an Ingram touched while debating the lead at Druids, Colard was spun down the order, Ingram was damaged and out. This left Shedden to take an unchallenged victory ahead of team mate Neal, the works Honda squad showing they are a force in 2016. Aron Smith finished off the podium for BKR racing who, it is worth reminding you all of, were not even announced as a team until media day. 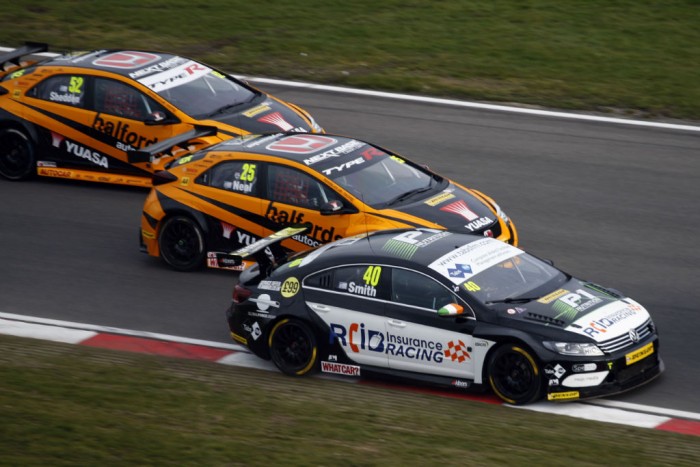 Jordan and Jackson bought their Fords home next having battled hard race long with the MGs, BMWs, Morgan’s Mercedes and Jeff Smith in the Eurotech Civic Type R. 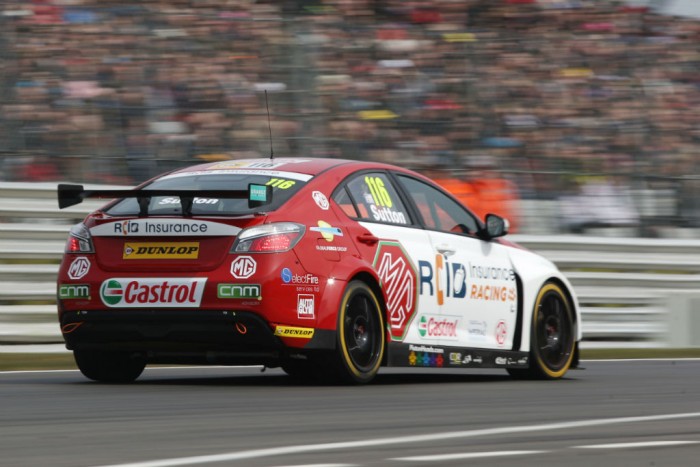 It was Sutton again taking the best MG result as teammate Cook got caught by some fluid on the track at Graham Hill Bend forcing him off the track and out of the points in the latter stages of the race. Goff, Morgan, Tordoff and Jeff Smith rounded out the 10. 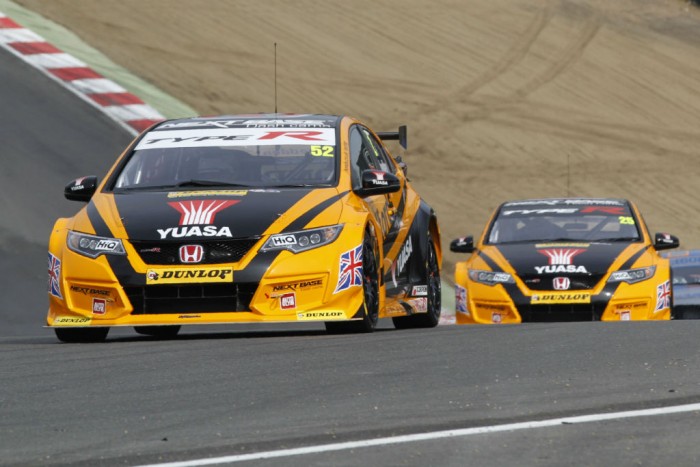 The reverse grid draw saw Sam Tordoff take the pole with 9 positions swapped, however the opening laps would again see plenty of action. Sutton was away slow while the two Motorbase cars made brief contact through the opening turn, both being able to continue in 3rd and 4th. For the moment. 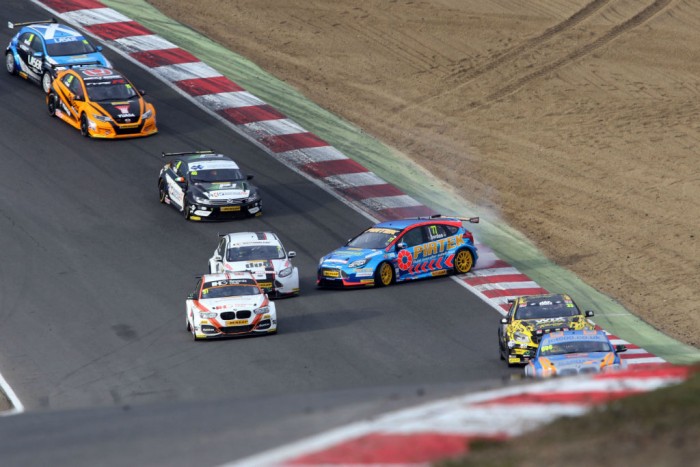 A brief Safety car period to remove cars from the gravel saw Jackson experience a puncture possibly as a result of the lap one contact, a pit stop under caution dropped him right down the order while Jordan continued with slight front end damage. Morgan by now had passed Tordoff for the lead. 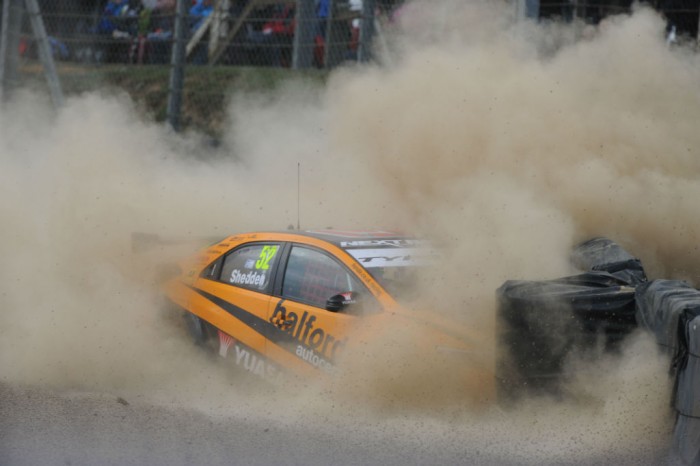 Shedden also suffered with a puncture later on in the event the failure putting the reigning champ off at Paddock bringing waved yellow flags to the corner for the remainder of the race. Tordoff’s team mate Goff joined the fight for the lead but after Shedden’s demise it was more just a run to the flag for the Mercedes driver ahead of the BMW pair. Jordan finishing forth just ahead of Neal, Rob Collard, Jeff Smith pipping his names sake Aron into 8th with Aiden Moffatt bringing his Mercedes home 9th just in front of Sutton’s MG 10th. 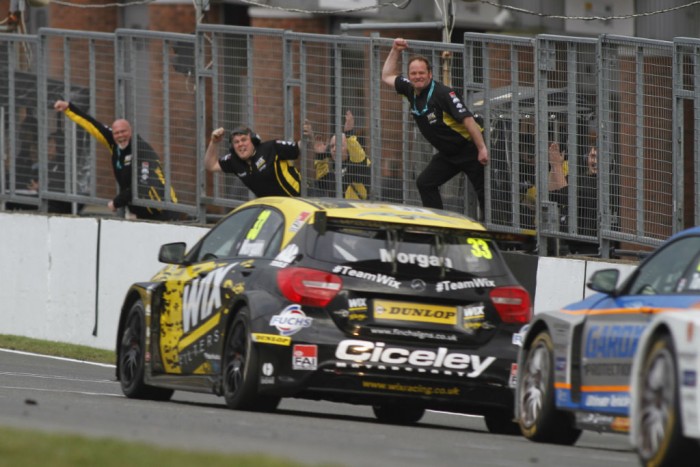 Neal leads the championship, leaving Brands but with more to come from Subaru, Ford and BMW the title is anyone’s in 2016. Welcome back BTCC, you have been missed. 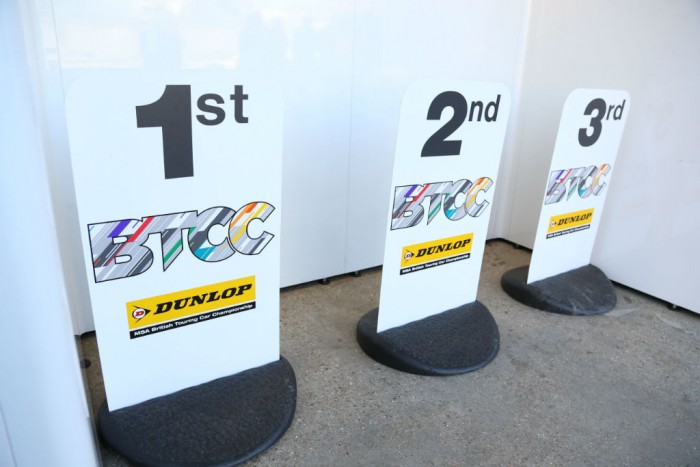