Jaguar have released the first official F-Type Coupe image. After the car had been spied recently testing near the Nurburgring Jag have announced the coupe will have its debut on November 9th at the Los Angeles Auto Show.

A long panoramic glass roof stretches over the front seats and down to the rear of the car, it looks to have a hatch style opening similar to the XK. 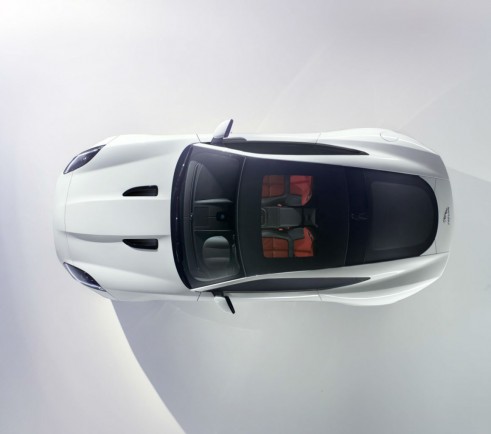 The excitement generated when we revealed the C-X16 concept was terrific; so to now be on the cusp of what I can assure you will be a drama-filled reveal event in Los Angeles for F-TYPE Coupé is a very significant moment.

We’ve been overwhelmed by the positive reaction to F-TYPE Convertible, but for me the purity of creating a sports Coupé is a uniquely satisfying process – and I know that both visually and dynamically, F-TYPE Coupé raises the bar yet again.