Over the years I have come to terms with the relationship between time and progress in the world of the performance automobile. With each subsequent generation from any given brand, gearshifts became incrementally faster, aerodynamics became a chunk more efficient and power figures swelled.

It’s a cliche, but at times you really did think how could they possibly improve on what has gone before? Never has this been more the case, than with the Ferrari F12 Berlinetta and indeed the vehicle that is to make it look like a Betamax, the F12 TdF. 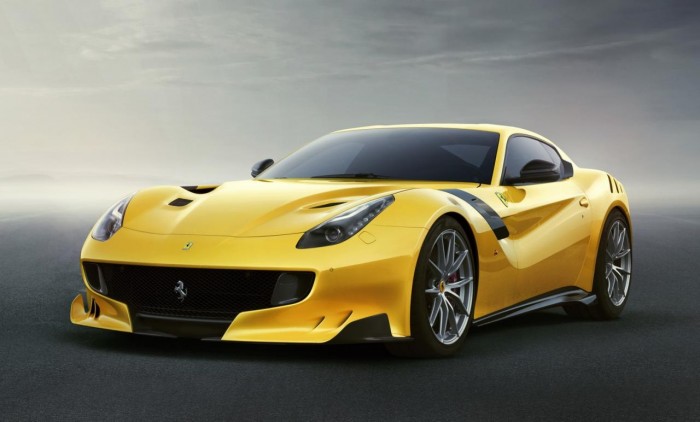 The Berlinettas gearshifts are seamless, it’s throttle response razor sharp, its body as slippery as they come and the sheer lump of grunt it delivers often unmanageable.

If I were an F12 owner i’d be wondering if i’d been short changed not three years ago when Berlinetta deliveries first began. The inevitability of progress is often as depressing as it is exciting.

The performance figures aren’t as dramatic as the aforementioned claimed improvements. 0-62 takes 2.9 seconds and 211 mph is the ball park top speed. The V Max will have been hampered by the 6% throttle back on the gear ratios.

The 799 example TdF also looses 110 kilos over its Berlinetta sibling which wasn’t exactly a porker in the first place. Helping the sub 1500 kilogram supercar traverse the odd corner is the new “Virtual Short Wheelbase” system which in conventional language is a rear axle steering setup. The first of its kind in a Ferrari, don’t you know. Have Maranello been dissecting GT3s? A more analogue update is a 20mm widening of rubber at the front to 275mm.

All of this tinkering and re working culminates in a Fiorano time of 1 minute 21 seconds. For reference thats 2 seconds up on its Berlinetta predecessor and just 1.3 seconds down on LaFerrari (from which it borrows its single piece brake callipers). 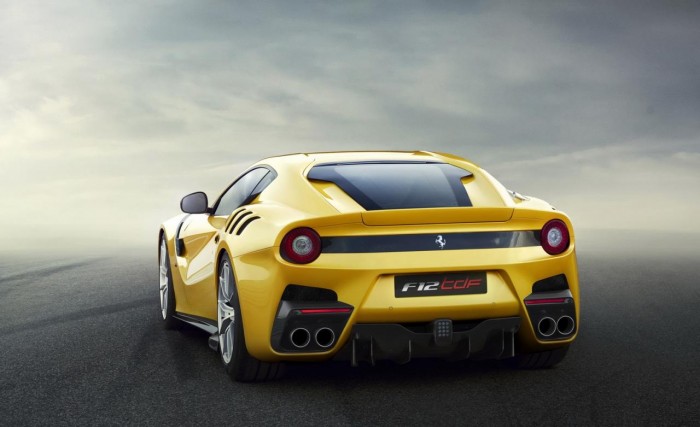 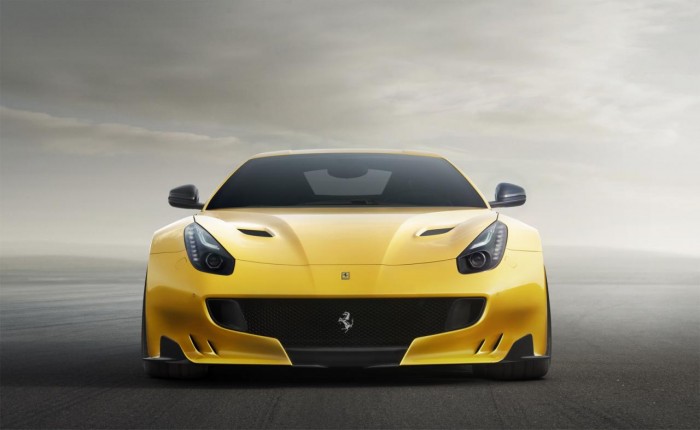 An enormous 575GTC esque gurning gullet with flanking aerofoils feeds the V12 its air and a tauter more angular bottom bejewelled with the trademark quad pipes spits out the waste.

The interior is classic Ferrari special: alcantara everywhere and bucket seating the likes of which will have chiropractors looking at second and third homes. The Speciale/LaFerrari button stalk makes a comeback as well. 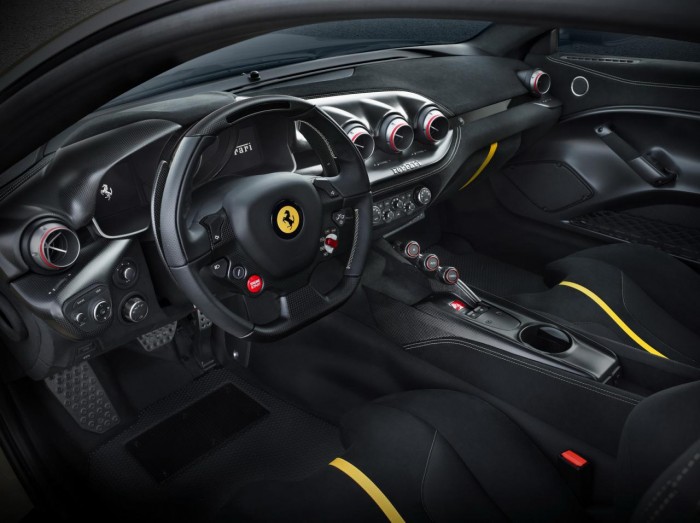 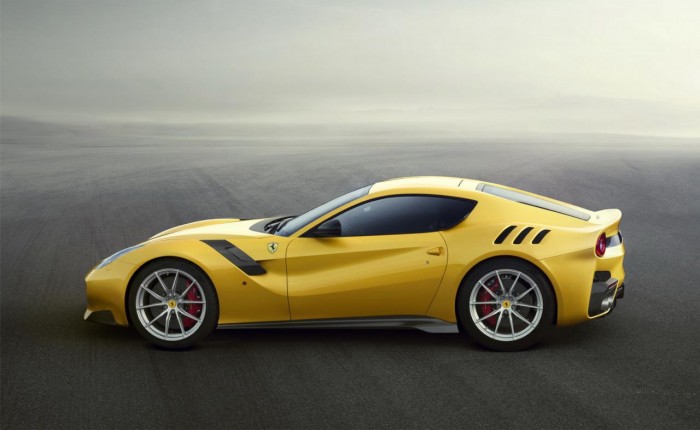 So thats F12 TdF. It’s by no means a stunner but is brutally visually engaging, it’ll undoubtedly be excruciatingly fast and will be yet another sellout on day one.

No word on pricing yet, not that it really matters given that at least 90% of the 799 will already be spoken for. It will debut in the metal at Mugello on the 7th of November before deliveries kick off in 2016.

Fiat to make C-Segment comeback with the Tipo