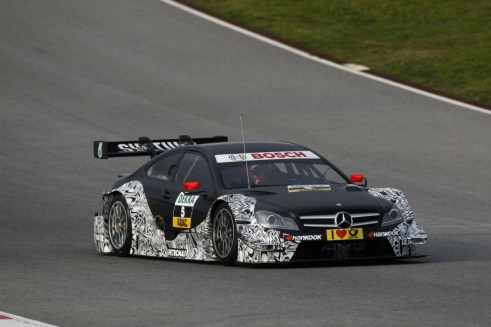 F1 refugee Paul Di Resta is to return to the DTM after conceding his hopes for a grand prix drive are over.

The Scott, who won the German touring car title in 2010, will return to Mercedes for 2014 driving the marque’s C-Class coupe.

Di Resta, who won six races, six pole positions and set seven fastest laps from 42 races in his first stint in DTM, lost his drive at Force India to Sergio Perez at the end of the 2013 season.

Now he will move back to the German series, partnering fellow Brit and 2005 champion Gary Paffett.

The former European F3 champion, who beat four time world champion Sebastien Vettel on his way to the junior title, got his first taste of the C-Class on Tuesday.

After winning the DTM title in 2010, Di Resta switched to Formula 1, where he contested 58 grands prix for Force India, scoring 121 points.

The signing will boost Mercedes, who enter the new season off the back of a difficult 2013 when they finished bottom of the manufactures’ championship – over 100 points off winners BMW – and failed to challenge for the drivers’ title. 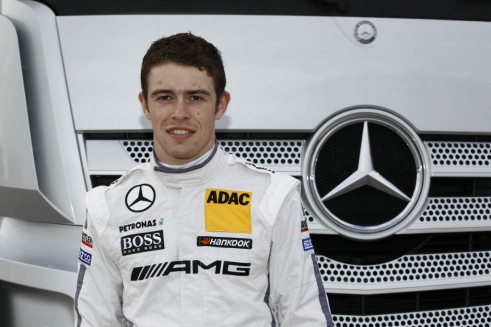 It feels really good to be back in the DTM and to see so many familiar faces again.

I’m really looking forward to working with the whole Mercedes-Benz DTM team and being part of another championship challenge. Much has changed since my last DTM race in Shanghai in 2010 with new cars, a new set of rules and a third manufacturer, but what has not changed is my enormous appetite for success.

Mercedes-Benz has given me a car that I can use to fight for wins and the title. However, I realise that it will not be easy.