Without meaning to sound condescending, is sending two highly skilled racing drivers across the european continent and then commandeering the iconic Brands Hatch circuit for a day overkill when launching a new range of Spark plugs?

Ask well known motor parts manufacturers Denso and they will tell you absolutely not. Spark plugs are arguably the companies bread and butter, with them pioneering nearly every innovation in this specialised field over the years.

In the case of Densos new Iridium TT Spark plug, this little nodule that sits one for every cylinder in your engine, real tangible improvements in performance, economy, emissions and life cycle are said to have been garnered with the utilisation of technology that was once the reserve of six figure exotica.

This allows the unique plug to improve performance, efficiency and durability – the Iridium TT represents an increase in performance and durability on standard iridium plugs and has a lifetime of up to 120,000km, more than three times that of standard nickel plugs. 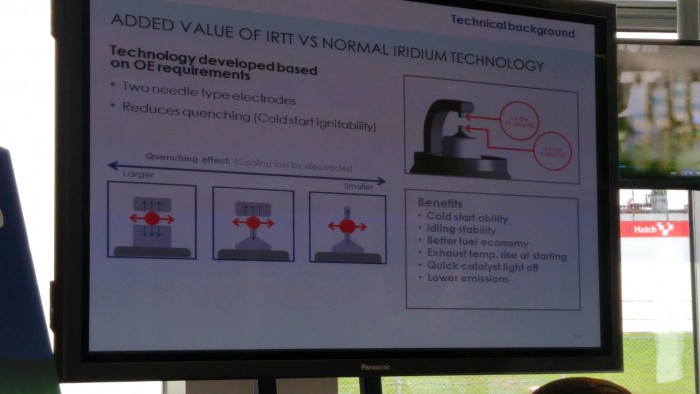 For those that remain unconvinced, we will be sampling the product in the coming months, but for now some launch festivities. These involve jockeying some Lotuses around Brands for a couple of hours with some expert (much needed) guidance.

The Lotus Elise Cup car that would be my first drive of the day would also happen to be my third time on Brands, or for that matter, any track. So begins the second chapter of my tuition… 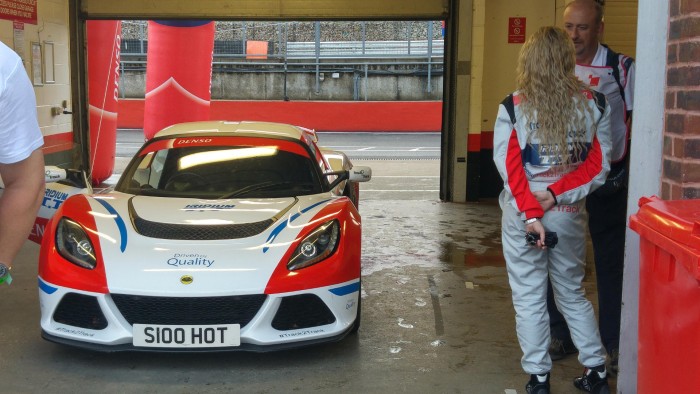 Elise Cup then. First time in a Lotus and therefore first time attempting the intricate choreographed mating dance that you must perform when trying to get inside it.

Dignity at an all time low but settled in none the less, the first thing you notice is that this is a drivers car. Probably a little obvious to most, but the way this things controls come to meet you in the cabin is something you really have to experience. 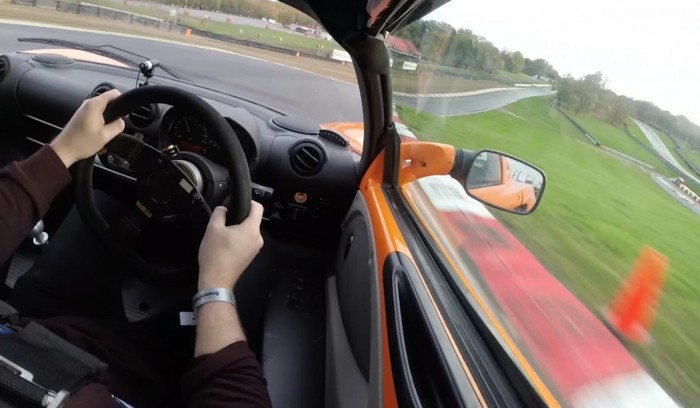 A no frills short shift, heavy clutch and he man steering rack makes obvious that this is a circuit car. Trundle out of the pits, mindful of oncoming to the left, and bleed out onto the track. That heavy rack is now making much more sense when you’re moving quickly and theres a gorgeous trickle of information coming at me through the wheel.

A greasy surface and an awareness of the quite purposeful rubber equipped on this car make me nervous to push toward the Paddock Hill bend apex for fear of washing off, but my instructor is insistent. Hard breaking, a blip down into third for druids, a slow bleed onto the throttle and we’re pushing wide again down into Graham Hill.

No sign of the sticky throttle found in the Atom here- gas modulation in the Lotus is silky smooth with a lovely pedal weight.

Cooper, brake wide and through Surtees and now an opportunity to open it out. It’s another world of pace and noise as we batter through 5-6-7000rpm on cam and fourth slides in beautifully.

It’s at this point, oddly, that i’m mindful of the work the spark plugs are doing a couple of feet over my left shoulder. Like the switch to a lamp, though seemingly insignificant, without them theres no light, theres no go.

Uh oh, Clarke curve, another long descent down into the apex and by the end of my Elise stint i’m just acclimatising to letting the car go. Yet as would become apparent, as Lotuses go, this was relatively tame… 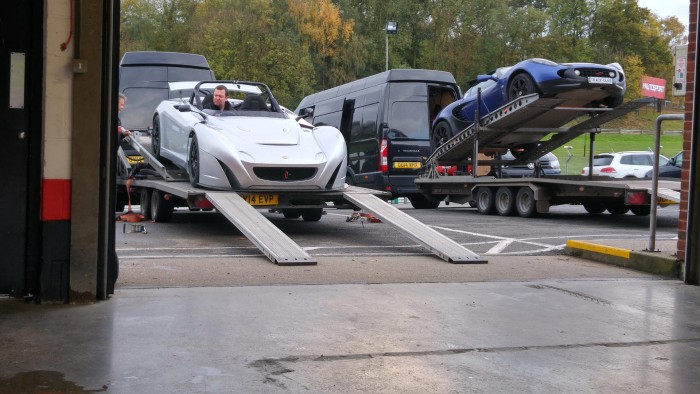 The Lotus 2 Eleven appeared over seven years ago now as a two seater extreme exercise in power to weight ratio wizardry. 600 kilograms and just over 250bhp made it the full bodied Lotus reply to the Ariel Atom that many had hoped for for years.

Ever since they’ve been serving diligently on tracks across the country and my turn in a circuit only car (liberated of its headlights and windscreen) was coming up. As with the Atom it was an intercom equipped full face helmet job but minus a full race suit. 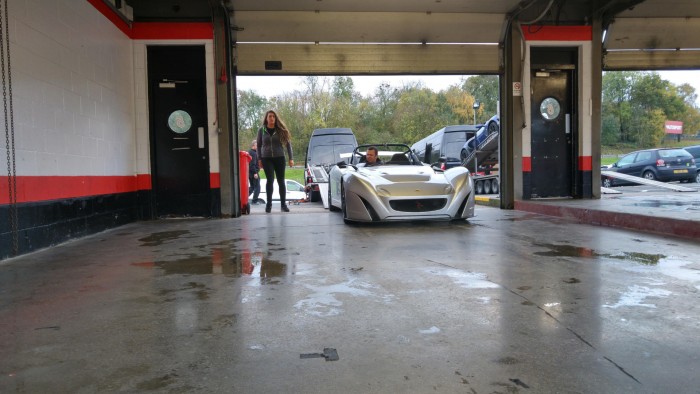 You’d think no doors would make getting in more difficult than the Elise, but the lack of a roof meant for less bodily origami upon entry. Once in, that same sense of purpose as the Elise beckons, amplified three fold. I click clack the lovely shifter, test the pedal weights and tug at the wheel before ignition.

Rolling out of the pit lane on the clutch and everything feels more finely tuned for circuit work, as opposed to being subject to alterations. Rolling onto the throttle, feeding the car down into Paddock Hill and the most stark difference discernible thus far is steering weight. 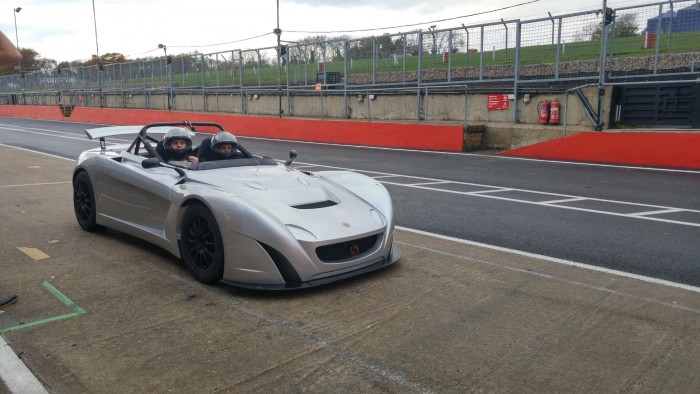 The 2 Eleven has a much lighter but no less communicative rack, and it serves to relax me into letting the car wash  out to apexes on exit. It also means a much more on edge front end upon entry so nailing turn in requires finer tuned inputs, but within seconds of driving the expertly calibrated 2 Eleven, every movement is synaptically intuitive.

Higher speeds are a reminder that this car has no windscreen, given that my once fully audible instructor had become a shouty blur amidst the hurricane in my helmet.

Speaking of performance, the cam thrash of the Elise has been replaced with the shrill tribal whine of a supercharger, and it is easily moving about 30mph quicker at the end of any given straight than its windscreen wearing ostensibly road car cousin. 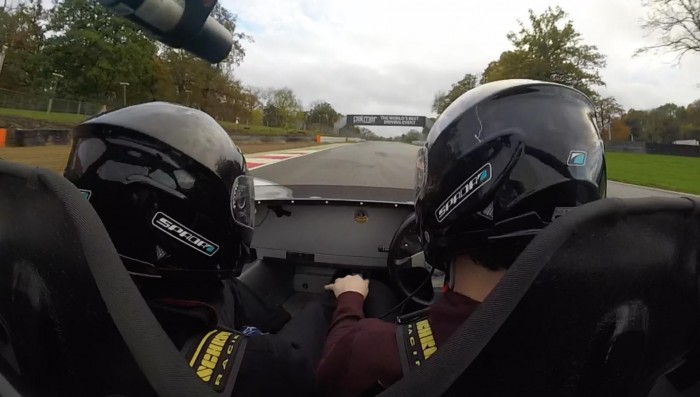 Though the Elise demonstrated the intensity of track work in a machine tuned for the job, the 2 Eleven ensnared you in what it was to pilot one built for it, and as such was that much more addictive on home territory. As addictive as it was however, my brief time aboard the 2 Eleven was done, for now. 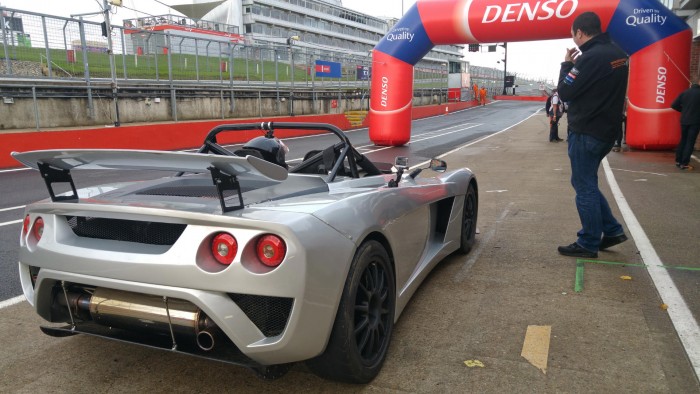 So as I sit here thinking how to cleverly link these on track shenanigans back to the introduction of the new Denso Iridium TT Spark plugs, I remember just how essential these little things are.

Be they a set of four out front in your Golf, six out back in your Exige V6 or eight in your tech laden top tier 918 Hybrid hypercar. Like the valves that open and shut in the heart, that let me, you, Dwayne “The Rock” Johnson and others of all shapes and sizes laugh, love and live there is no discrimination in how essential they are to all. 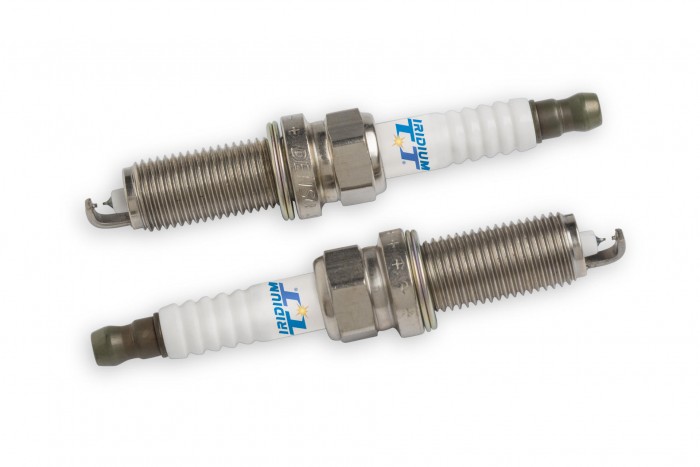 All high end technology trickles down, and it’s not all torque vectoring rear steering traction control courtesy of the aforementioned Porsche.

An upgrade as simple as a humble spark plug could make the world of difference.

More on that post testing, but for now I must extend the most heartfelt of thanks to Denso for having me along. 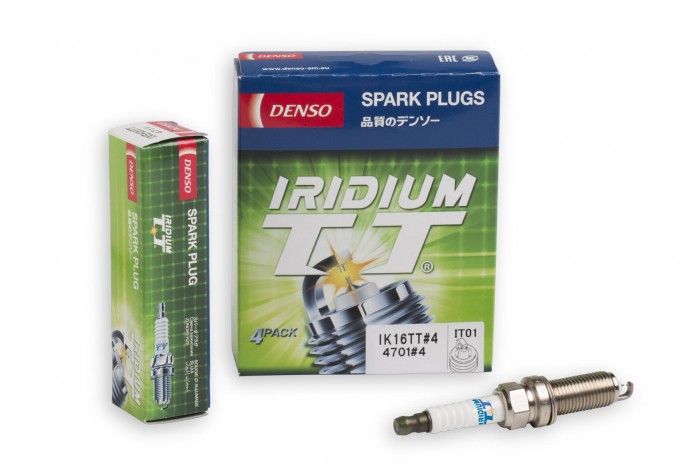