The 2015 BTCC season had just about something for everyone, new cars, teams, drivers, a 3 time world champion, a former F1 racer, incident and controversy. For 8 months fans of tin top action lined the circuits as Hondas, BMWs, VWs, MGs and plenty of others rubbed, bumped, clashed but above all else raced their way around the 2015 BTCC season.

Changes to the way the competitors lined up on the first weekend of the BTCC season left many wondering what to expect. New soft tyre and race 2 grid classification would also be something that teams and drivers would have to consider.

In the end however it was mainly down to those who had stayed put over the winter who would triumph. Rob Collard taking the first victory of the season for WSR in his BMW 1M after team mate Andy Priaulx had taken the first pole position of the year and, led for the early part of the race before the soft tyres dropped off dropping the former world touring car champ down the order, but not before he had set a lap time good enough for to see him back oat the sharp end for race 2. 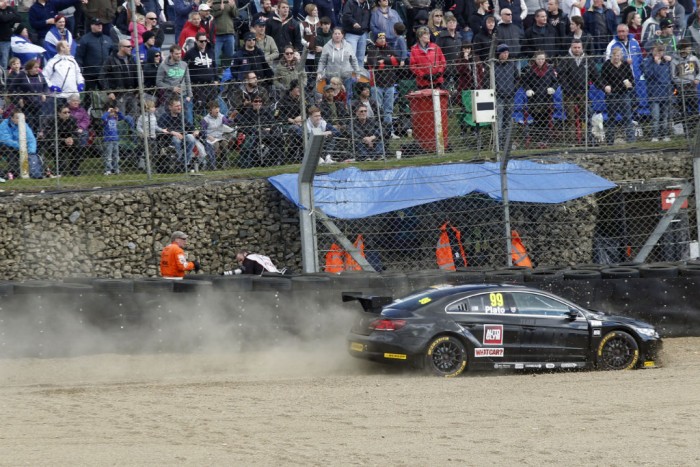 Plato, now in the new BMR “super team” with ’14 champion Turkington looked odds on for a race 2 victory in his VW CC, before a late puncture ended his race and saw Shedden in the new for 2015 Honda Civic Type R pip Priaulx by mere centimetres at the line to take race two victory. 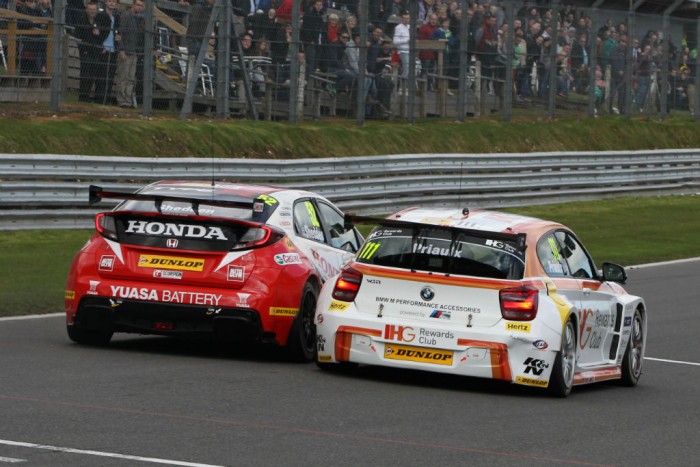 Matt Neal would take the third win of the day in his Honda and in doing so would lead the championship after the first round after race one and two winners both retired.

Plato got his championship back on track with a fairly unchallenged race 1 victory over Shedden and team mate Turkington, while Neal suffered in his soft tyre shod Honda finishing 16th and non scoring while Shedden took the fastest lap and race 2 pole position.

Shedden was unable to convert track position to podium placement, his soft tyre decision placing him 14th at the flag as Turkington took his first 2015 victory as BMR celebrated 2 wins in as many events with Neal battling to second. 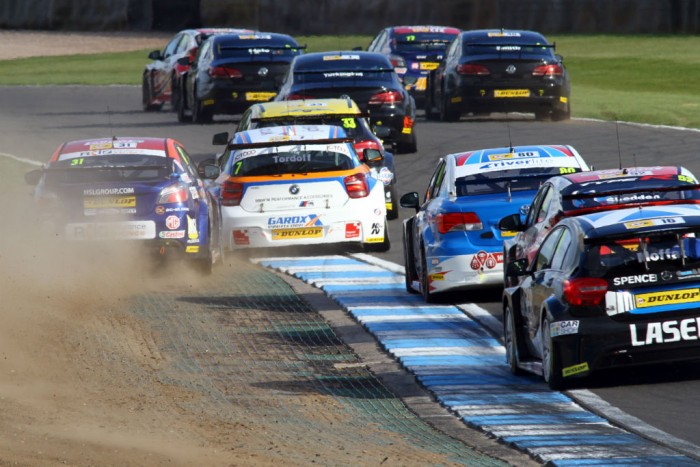 While the first two races had been rather tame by usual standards race 3 more than made up for that. Josh Cook in his Power Maxed Chevrolet on pole in his 6th BTCC event was not fazed by the class of driver he found himself among, leading from Collard following a safety car period and battling hard with Aron Smith’s BMR VW before the pair experienced an “off” at the Craner Curves, rejoining among the chasing pack of Neal, Collard and many others, miraculously avoiding all contact.

Neal would take his second win of the season from Andrew Jordan’s Triple8 MG and Shedden. Smith and Cook would finish 6th and 7th.

Shedden took a fairly unchallenged race 1 victory after dealing with pole sitter Smith in the early laps before gapping team mate Neal and the battle just behind, Neal would stand next to his Honda team mate on the podium while Adam Morgan would join the pair in his Wix Racing Mercedes A Class. 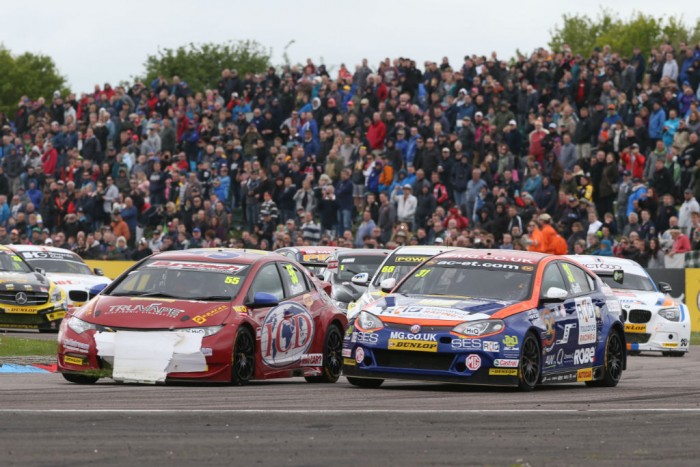 Collard led away from Plato but it wasn’t long before the 2 time champ was back ahead as behind chaos reigned in the early laps as Morgan, Priaulx, Jeff Smith and a few others all had off track moments before Neal and Aron Smith collided forcing the Honda pilot out. Plato eventually won despite being shadowed by Collard for the whole race as Shedden followed up his race 1 win with a race 2 podium. 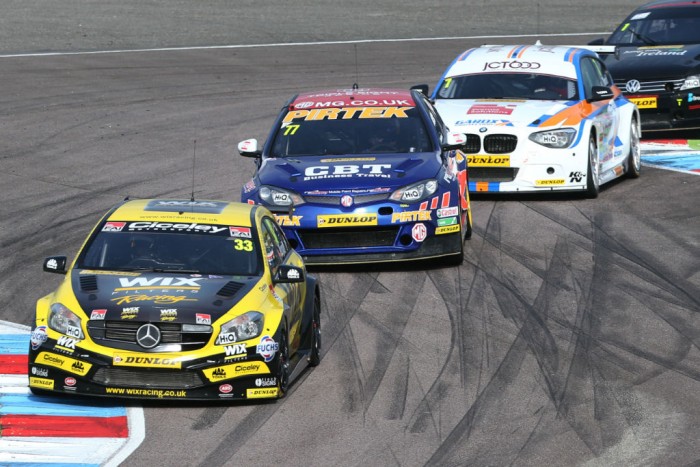 Race 3 saw Morgan promoted to pole and with it taking his first victory of the year leading from lights to flag ahead of Jordan, Sam Tordoff’s BMW and Turkington. Shedden and Neal place next – the latter battling his way through the field following his race 2 non finish.

Plato stepped up his title challenge by winning a slightly shortened race 1 after an incident between Stewart Lines in the Houseman Racing Toyota and Alex Martin’s Ford Focus brought out the red flag. 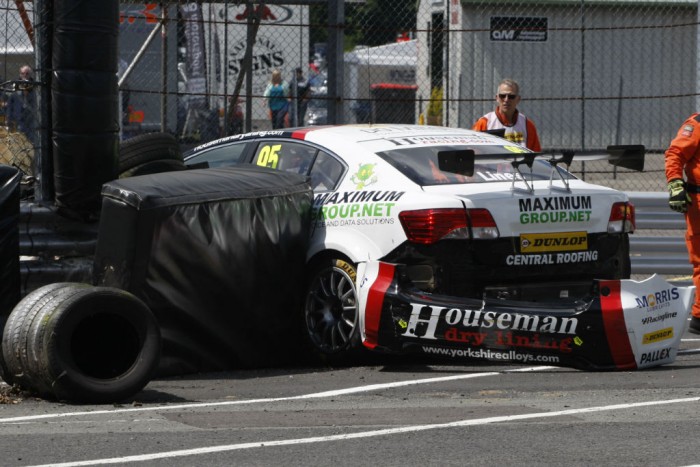 Plato lined up on pole for race two alongside Shedden having finished 6th on the soft tyres in race 1 and the pair battled hard race long, but behind is where most of the action was, team mates Collard and Priaulx collided while well placed dropping one out and the other way down the order. 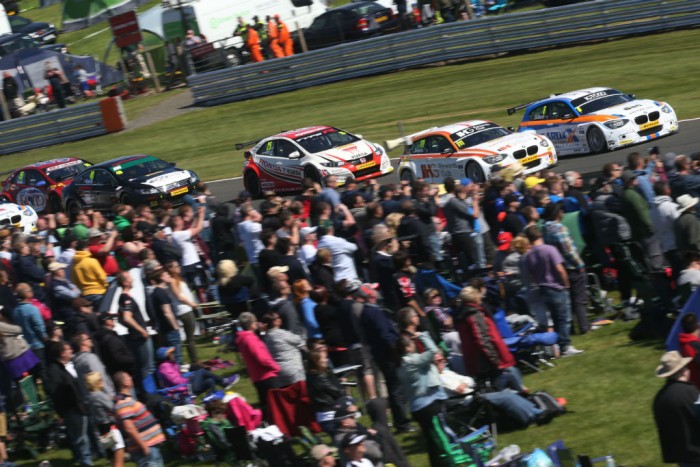 Race three again saw Morgan handed the pole and, as he had done at Thruxton led from the start before being flagged for jumping the start, the resulting drive through penalty dropping him way down the order.

Neal briefly inherited the lead before being passed by Tordoff’s BMW en route to his first victory of 2015, some consolation for the team following the race 2 incident!

Changeable weather at Croft saw the BMW trio of Tordoff, Priaulx and Collard tie up the podium for the first time on the squads BTCC history, with Priaulx leading the way having passed Tordoff as the conditions changed.

Plato made his own headlines. Poor qualifying had left him mid grid and so he opted to start from the pit lane effectively ending the chance of points in round 1 but giving himself a clear track and the chance to set a fast lap time for the day’s second event.

The trend continued in the second race this time with Tordoff taking his second victory for WSR ahead of a Plato and Turkington after the pair had despatched with Priaulx, the BMW struggling with full weight.

Collard battled hard with Shedden losing out to a fantastic move by the Scot as the two touched briefly while going side by side through one of the circuits many twists a few laps from the end.

Race 3 saw Collard on the pole ahead of Shedden who, on the soft tyres attempted to break away in the early stages of the encounter before the rubber dropped off allowing Collard to take the advantage and dish out some race 2 medicine and take the third BMW victory of the day.

Priaulx made it a 1-2 for the team reeling in the fading Shedden in the final few laps with Shedden third ahead of the BMR duo of Turkington and Plato.

Shedden would be leading the championship at this point in the season by 10 points from Jason Plato. But how would it end? Part two to follow soon.