Cars as an investment: Myth or Fact?

Following on from our little natter about how much car you can bag for £35,000, my thoughts have meandered over to that often considered pipe dream of actually making a profit on a car when it comes to re-sale.

Talk to anyone about buying a car and one of the forefront issues contested will be that of depreciation. Almost anything brand new will incur a severe loss of value from the moment it leaves the dealership. The motorcar new or old is by and large considered to be something that money is lost on.

There are however, always whispers of those rare cases where a car has been an investment. 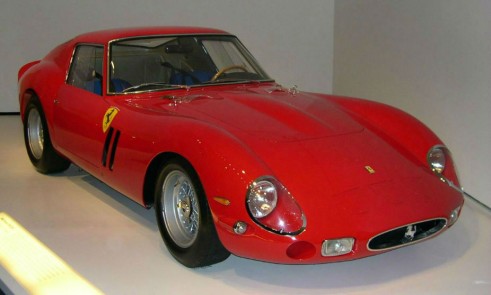 The Ferrari 250 GTO stands as the most unobtainable but nevertheless most obvious case in point, it is the current most valuable car in existence over 50 years on from its homologation debut.

It proves the point, but for this discussion holds little pertinence for the following reasons. Most obviously, that £32 million sale price. It was an investment for whoever may have bought one in the 80’s or 90’s and sat it in an air conditioned silk lined garage for 30 years. Its had its day potential wise. Secondly of course is that it is a Ferrari and as such is unobtainium for 95% of us- projected profit margins or not.

It does however leave the debate open. That which I intend to tackle today.

What else, if anything else, can reap a profit as an investment for buyers- at any end of the automotive exotica scale? It is a fine art developed from an eagle eye for markets both brand new and second hand. Noticing trends and making predictions based on fashions, rarity, desirability, chronology (anniversaries, celebrations of a release and so forth) as well as the influence that the cars of today and tomorrow have on the values of those of yesterday.

On that last point, its worth highlighting some exceptional cases of value increase of cars that were only released in the past 5 to 10 years, presumably, as a direct result of the nature of their successors- a departure in nature more specifically.

The Porsche 911. Widely regarded as the ultimate expression of performance perfection. Balance, control, satisfaction and value for money (although nowadays a 100k 911 Carrera S doesn’t fight that last corner so well).

It has, as celebrated last year, held said authoritative position in its area of the marketplace for 0ver 50 years. It has also, over the past three years, undergone some of the most dramatic (in the eyes of enthusiasts) departures in terms of technology, mechanicals and the relationship between the two in all the models tenure. 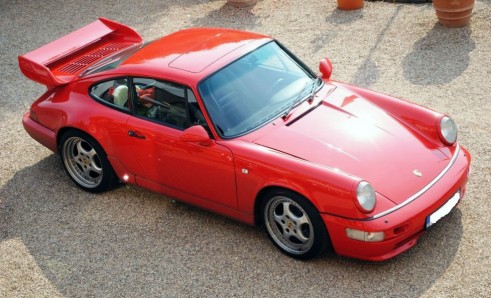 Changes which have alarmed the 911 faithful- a mighty force to be reckoned with. Insert current sale prices for some of the most iconic 911 iterations here: 964 RS- the GT3 of the late 80s- £215,000 as auctioned earlier this year.

Fairly simple stuff. Porsche equip their current GT3 with a paddle shift gearbox and as a result double the values of their hardest of hardcore runout models and significantly leapfrog the values of others. 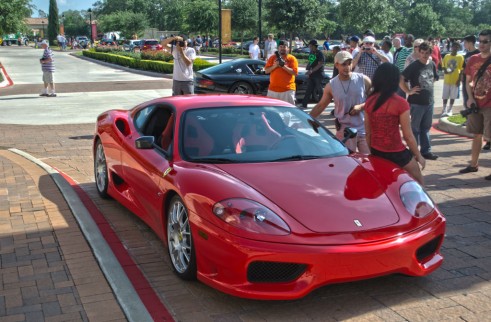 The computer processor era of Ferrari- that which has been at full steam for the past 10 years- and the imminent selection wide turbocharging spree that Ferrari is about to embark on.

Factors which may have had something to do with the value of the 11 year old track orientated 360 Challenge Stradale doubling in value over the past two to three years. The 355 is fetching double that of what you’d be paying four years ago as well. 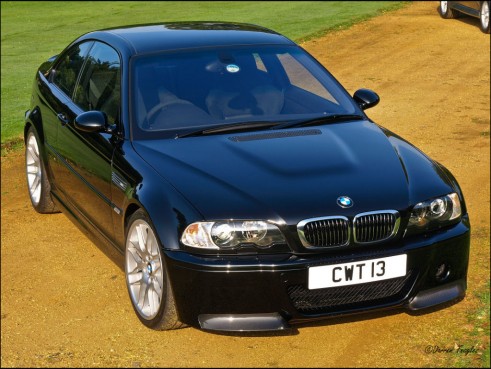 BMW. Begin an awkward strategy of renaming and shuffling the product line up whilst simultaneously sending a car out with a bang using their M division?

Aforementioned CSL is also fetching up to three times that of the standard model on which its based. 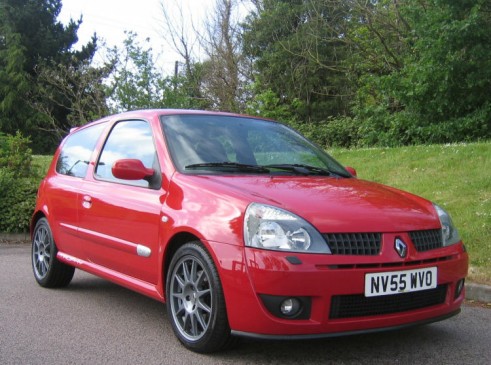 Further down the exotic spectrum the humble holy grail of modern hot hatch motoring- the X65 Clio 172 and 182.

In certain iterations (172 Cup, full fat 182 with both cup packs and Trophy) you’re looking at serious appreciation over the next couple of years… if your car is in good original condition and well looked after.

For the others look for a value plateau and a steady value increase a little further down the line as desirability increases. The trophy- the creme de la creme of the X65 era is rising from £5000 now. Again, look to the newest paddle shift 200 Turbo for reasons why the older models are becoming more desirable.

Its very hard to say. All you can really do is stay absolutely transfixed on the classifieds in tandem with brand new releases month on month, announcements, and comparisons with predecessors.

Look for stuff thats surprisingly cheap. If there is a general trend in how cheap that model is, keep an eye on it. It’s likely a value plateau.

Case in point the now 20-40 thousand pound Ferrari 348. It will follow the previously avoided but now desired Testa Rossa and later 512 TR as well as its highly regarded 355 sibling. 550 and 575 should follow that.

For the red Italian cars its a good rule of thumb to keep an eye on whats two to three generations behind current- with exceptions (348). 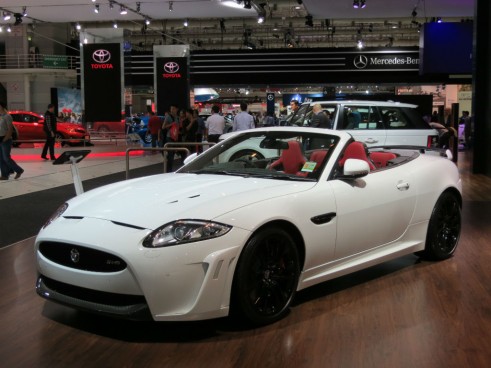 Limited runs are a good shout from any company really in terms of potential for appreciation. Jaguars XKR-S convertible- a total of 25 in the UK.

Sweet spots in the life of a model are worth keeping an eye on too. Porsche with the Cayman R and Boxster Spyder meet both criteria in variable measures. They are prime candidates for appreciation.

Lower down the scale. Limited run belters like the original Focus RS – though that ship may have sailed in terms of attainability. The more recent hardcore Renault Megane R26R looks promising.

The second gen’ Focus RS could see similar value increases too- once a few more have been put in ditches. 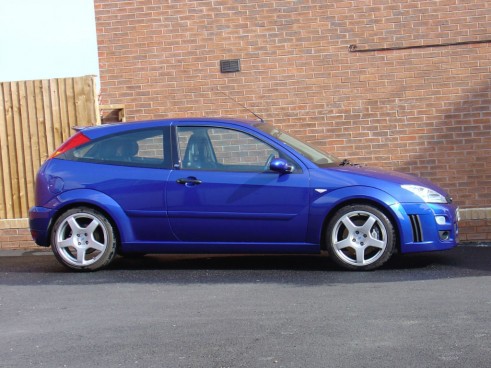 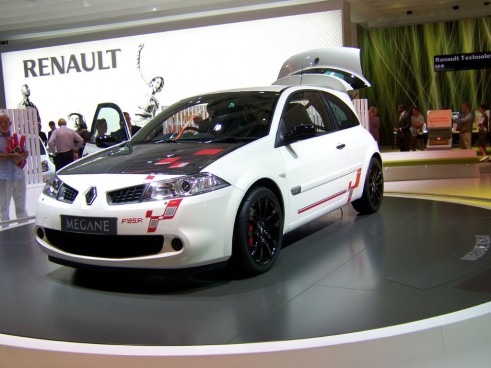 Talking of old generations of wistful eras gone by, the fabled Honda Civic Type R: soon to be turbocharged. The earlier EP3s with their cleverer suspension and lower weight don’t appear to be attracting a lot of obvious attention but have patience. Its likely wise to wait on the verdict of the new car before moves are made on them.

For scrumptious limited edition factor look to the ‘Premier Edition’ EP3 run out model of 2006 and the nutty Mugen 2.2 FN2 of 2011. 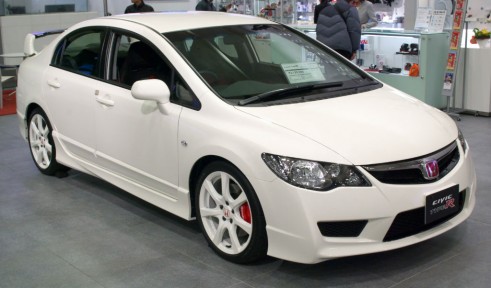 Integras and FD2 Type R saloons are a good shout too- if you can find a good’un. All could see little leaps following the Turbos release as the spot light will be shone on the Type R badge as a whole.

Now that i’ve rambled on a bit too much I hope you readers can extract valuable insight into a game that’s not so dangerous as appearances would imply.

The money pit myth of the motorcar is one that I feel should be debunked.

You have to know the rules and you have to be patient with your play, but when the time comes the rewards are very real. As far as what could be of value or what is worth buying now goes? In spite of my waffling I feel I haven’t even scratched the surface.

It’s up to the individual and what they feel they want to search for. The criteria though isn’t a bad basis from which to launch inquiry. Any well read, passionate and switched on enthusiast can make money in this area. Or at least enjoy a purchase without too much worry of money evaporating with every mile that disappears out the back.