Silverstone saw the penultimate event of the 2015 championship and, as has been the trend this year, saw more changes of line ups. Andy Priaulx returned to the WSR squad in his IHG Rewards BMW 1M and Simon Belcher was reunited with his Handy Motorsport Toyota Avensis replacing Nick Foster and Robb Holland respectively. One other amendment was Tony Gilham making a retun to the series in the RCIB Insurance racing Toyota Avensis in place of Kieran Gallagher. 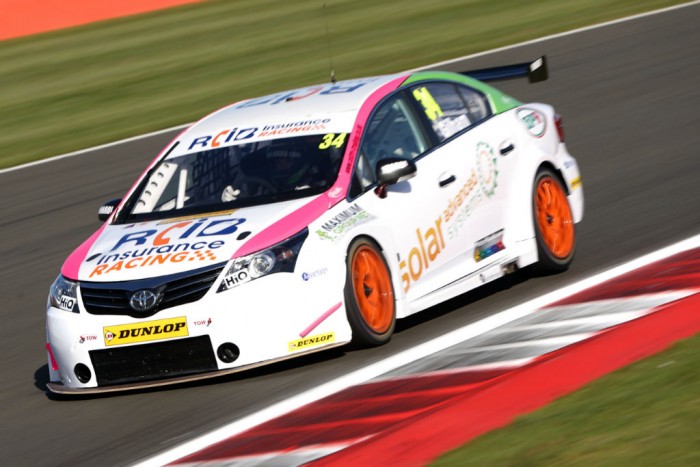 One other driver would miss the action as Warren Scott fractured several vertebrae following an incident in free practice, all at Carwitter wish him a speedy recovery.

Qualifying once again saw the Motorbase Ford Focus of Mat Jackson shine and take the pole position with championship leader Gordon Shedden parking his Yuasa Racing Honda Civic Type R on the second grid spot ahead of the GardX JCT 600 WSR BMW 1M, the Pirtek Racing MG6 of Andrew Jordan and the Power Maxed Racing Chevrolet Cruze of Dave Newsham making a welcome return to the front end of the pack. 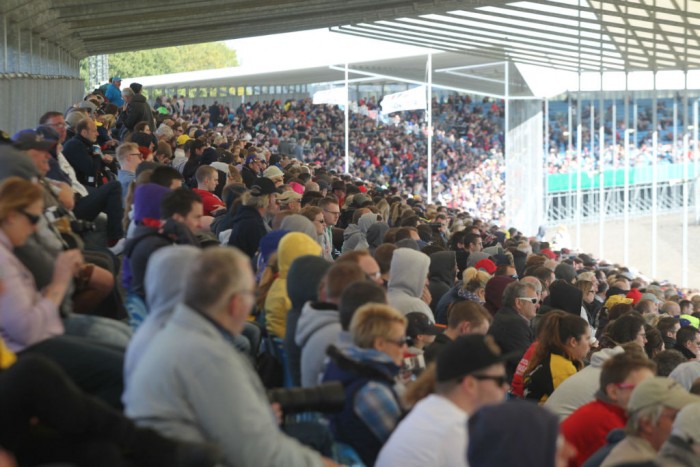 2014 champion Colin Turkington was up next, best of the RCIB Team BMR VW CCs with Tom Ingram’s Speedworks Toyota Avensis ahead of the 2nd BMR machine this of Aron Smith. 9th would be the 2nd Triple 8 racing MG6 for Jack Goff just ahead of second in the championship Jason Plato in his RCIB VW. Matt Neal, celebrating 25 years in the sport could only qualify 11th. 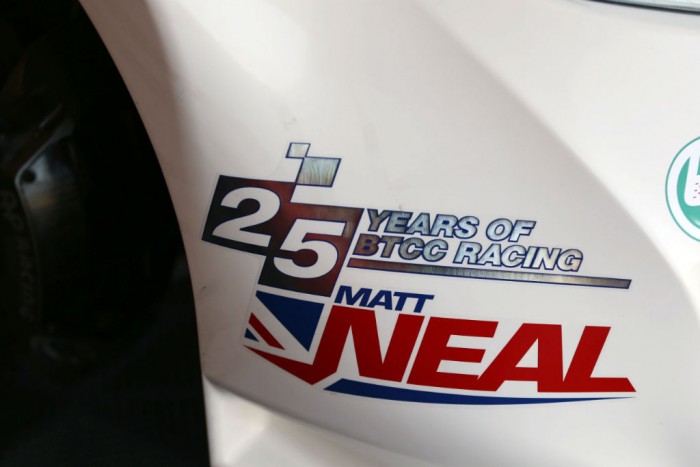 For the second time in as many meetings Mat Jackson dominated the first race of the weekend leading from lights to flag, behind though it was not quite as straight forward, Tordoff made a good start, battling with Jordan and Shedden before dropping down the order late on, possibly due to the soft rubber on his BMW going off dropping to 10th at the flag. 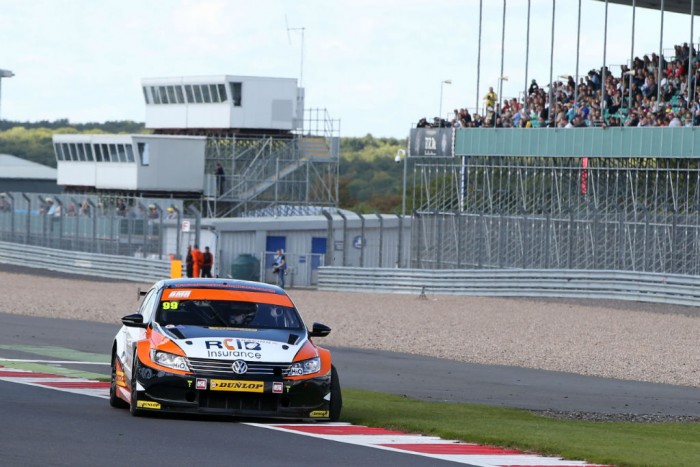 Jordan would win the battle to second place beating Shedden who would extend his lead at the top of the table as Plato suffered a puncture late on forcing him to retire. Newsham converted a good grid spot into solid points for 4th place ahead of the BMR duo of Turkington and Smith the former hoping to keep his slim hopes of retaining his championship alive. GardX JCT600 was 7th after a racy encounter saw him put a fantastic pass on Plato pre puncture, with Matt Neal next ahead of Tom Ingram and Tordoff.

Jackson also posted fastest lap meaning a second pole position with Goff and Priaulx next up, Goff having visited the pits early posted a fast lap by virtue of clear air running as did Priaulx, who opted to start in the pits following as a result of being forced to start at the back due to driving penalties picked up earlier in the year.

Jackson again got a great start in the much heavier by now Focus leading from Priaulx in the early part of the race before a fantastic opportunist move from the Guernsey-man saw the lead change around the outside of the Becketts complex at the top of the circuit, Jackson fell in behind the BMW before he, for the first time this season experienced some bad BTCC luck with a puncture of his own dropping him out of the race and at the back of the grid for the final round of the day. 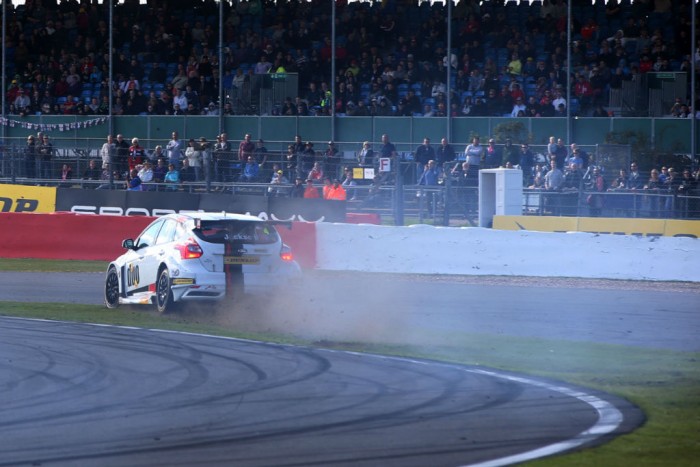 Jack Goff would take a deserved podium for MG ahead of Aron Smith’s VW, doing his bit keeping the Honda of Shedden back in 4th. Jackson’s Motorbase teammate James Cole was involved in a huge battle with Collard, Tordoff, Plato and Turkington eventually finishing a career best 10th following a second puncture this time for Andrew Jordan. 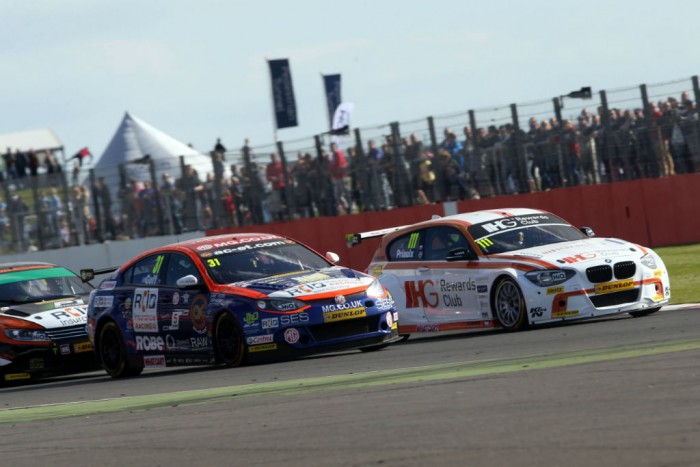 Neal would follow his Honda team mate home 5th while eventually Tordoff, Plato, Turkington and Collard filled the 6th thru 9th positions ahead of the Focus.

Cole however would take the race 3 pole and make it a clean sweep for Motorbase as the grid was reversed the full 10 positions once again.

Colin Turkington made the most of the final race of the day to keep his own title hopes alive going into the Brands Hatch showdown moving from 5th to 2nd on lap 1 and into the lead a tour later, a lead he would not relinquish even following a safety car interruption for the removal of the Rob Austin Exocet Alcosense Audi of Hunter Abbot and Dan Welch’s Welch Motorsport Proton from Becketts. 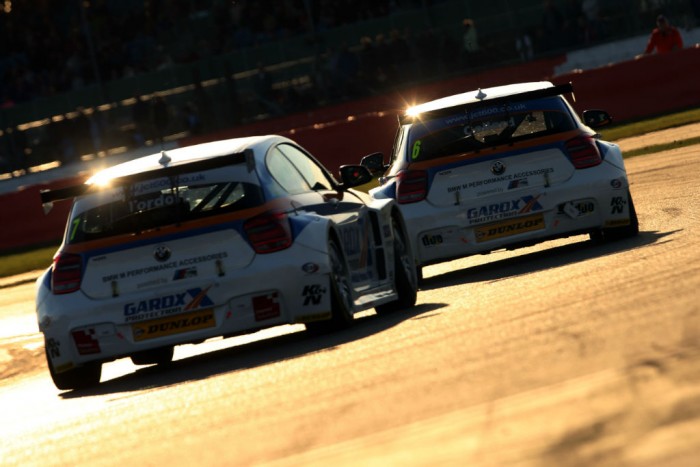 Behind it was a slightly different story, Collard and Tordoff travelled together for the duration of the race but neither were able to reel in the VW ahead while behind the other title challengers battled for precious points, Plato eventually popping up 4th after a some would say harsh overtake on Cole and the demise of team mate Smith with another puncture. 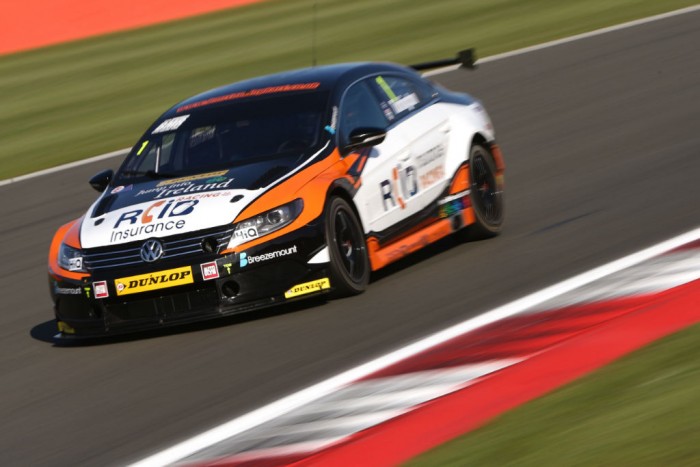 The Honda duo were 5th and 6th with Shedden leading Neal home ahead of Mat Jackson up from 23rd on the grid with Adam Morgan in his Wix Racing Mercedes A class – having a quite weekend by normal standards ahead of Cole improving on his previous best of 10th with a 9th just ahead of the second A Class this time the Laser Tools entry of Aiden Moffat 10th.

Shedden now leads by 23 points going into the final weekend from Plato with Turkington 32 behind and Neal 37. It may seem like a comfortable margin but believe me this is far from over. Bring on Brands Hatch.